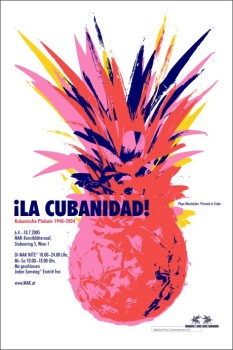 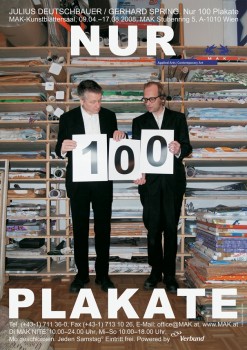 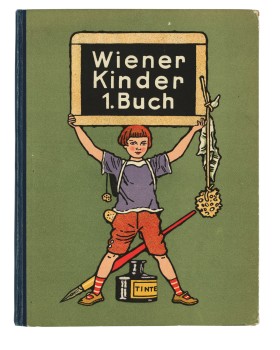 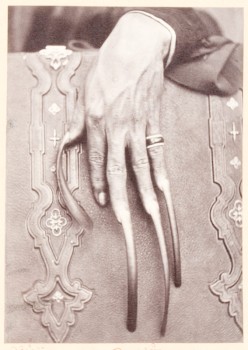 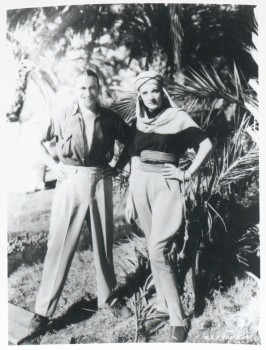 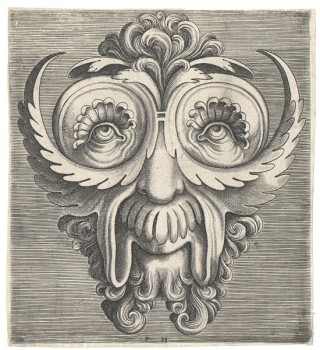 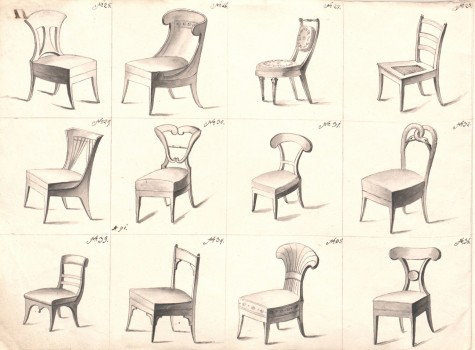 Carlo Scarpa: Design for a Bench for the FONDAZIONE QUERINI-STAMPALIA 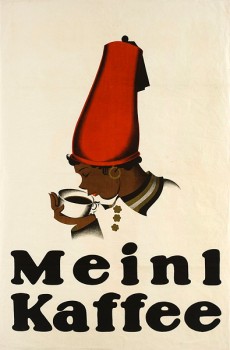 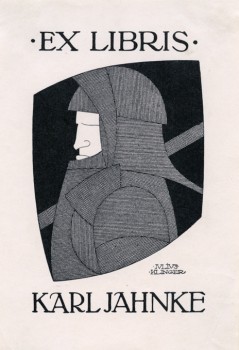 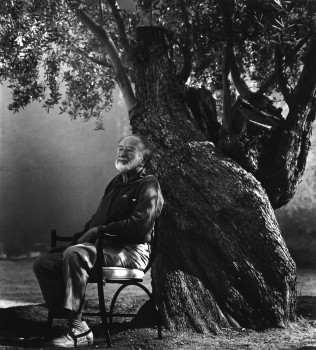 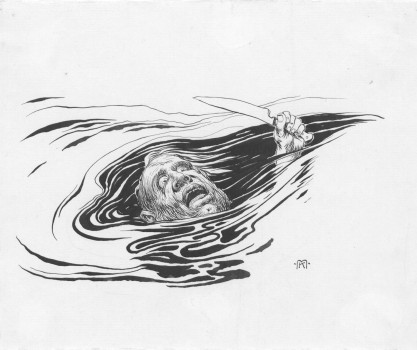 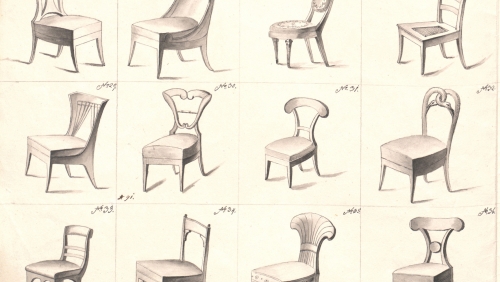 Head: Kathrin Pokorny-Nagel
As one of the oldest museum libraries in the world focusing on the applied arts, since its foundation in 1863 the MAK Library and Works on Paper Collection has constituted the heart of the museum.
As one of the oldest museum libraries in the world focusing on the applied arts, since its foundation in 1863 the MAK Library and Works on Paper Collection has constituted the heart of the museum. Its unique mission of working with books and graphic artworks as a symbiotic whole is what so strongly distinguishes the MAK Library and Works on Paper Collection from other art libraries. In collecting, preserving, and researching scholarly writing—from the Middle Ages to the present—it unites the three pillars of the institution’s museological foundation.
The research library encompasses 200,000 volumes including printed works, incunabula and manuscripts produced between the 15th century and the present. Some 400,000 works on paper, including ornamental engravings, selected template sheets, hand drawings, watercolors, and plans by artists and architects ranging from the Renaissance to the present day—as well as a photographic collection and an ever-growing poster and commercial graphic art collection—provide a solid basis for scholarly research.
Besides important works on European history, the collection’s strategy has from the beginning focused on the reception of works from non-European cultures, thus building up the multinational system of agents that has given the collection’s holdings their international character. Immediately following the museum’s establishment in 1863, efforts commenced to establish a network of worldwide cooperation among cultural institutions—as evidenced by a letter written to the offices of Austria’s consulates general worldwide requesting both support for the museum’s goals and the forwarding of relevant publications. This strategy led to the acquisition of items that included the first 50 of a total of 120,000 photographs from the South Kensington Museum (today’s Victoria and Albert Museum) for the collection in Vienna. Under the rubric model collection, this has now grown to nearly 50,000 photographs.
One of the highlights is the 15,000-page collection of ornamental engravings. Its cornerstone was a batch of 5,000 pages from the Leipzig art dealer Wilhelm Drugulin, purchased during the year in which the museum was founded and listed under the inventory number “1.” As sources of inspiration for craftspeople, architects, builders and artisans, the engraved models—by artists including Albrecht Dürer, Frans Huys, and Cornelis Floris—were soon put to effective use by a broad circle of applied artists, a fact which underlines the considerable relevance of these holdings to the MAK’s mission.
In 1866 the MAK acquired the estate of the Wiener Porzellanmanufaktur [Vienna Porcelain Manufactory], one of the collection’s most valuable holdings. Following difficult negotiations, the MAK also succeeded in purchasing in addition the world-famous manufactory’s entire library (200 works in 335 volumes), its 5,700-page collection of patterns, and its order books.
One of the collection’s most sensational purchases to date took place at the Vienna World’s Fair of 1873. In its 60 pages from the Indo-Persian heroic epic Hamzanama from the reign of Akbar the Great, written and illustrated between 1557 and 1577, the MAK Library and Works on Paper Collection owns a larger portion of this valuable manuscript than any other single museum.
The collection is also a pioneer in the field of poster art, possessing more than 24,500 outstanding national and international examples of this art form. Besides historical highlights such as its French posters, that range from Jules Chérat to Henri de Toulouse-Lautrec, its Secession and Hagenbund posters, as well as its works by Russian Constructivists, the collection is continually being complemented by international poster artists, above all by contemporary works from German-speaking countries.
Special mention must be made of the artist and company bequests that have made—and are still making—a valuable contribution to the collection’s growth, above all the ca. 17,000 design sketches from the archive of the Wiener Werkstätte, the archive of drawings from the Danhauser Furniture Factory, and the pattern sketches of the chandelier manufacturer Bakalowits and glass manufacturer J. & L. Lobmeyr. The legacies of architects Carlo Scarpa and Josef Frank, commercial graphic designers Joseph Binder, Ernst Deutsch-Dryden and Stefan Sagmeister, as well as the archives of that architectural jewel the Vienna Postal Savings Bank, recently purchased and/or received as donations, establish links with the present day.
Another internationally significant collection segment is the “Baroque Library” established during the 19th century, whose 2,325 illustrated volumes rare outstanding examples of book culture. Among these are cimelia such as the Schedel’sche Weltchronik (the Nuremberg Chronicle), Sebastian Brandt’s Narrenschiff (Ship of Fools), the complete works of Giovanni Battista Piranesi, and important treatises on architecture.
The tradition of artist-designed books has been documented by the MAK since its founding; starting from model works by English artists including William Morris and Walter Crane, and taking in French influences imported by Felician Freiherr von Myrbach with their impact on the artist-designed books of the Wiener Werkstätte, Secession, Bauhaus and Russian Constructivists, the collection extends all the way up to important examples of so-called artists’ books from the 21st century.
Major works of Viennese modernism by Josef Hoffmann, Oskar Kokoschka, Bertold Löffler, Otto Prutscher and Franz von Zülow, as well as Maria Strauss-Likarz and Gudrun Baudisch, came to the MAK through its close ties to the adjacent Vienna School of Arts and Crafts. The nine extant parts of Gustav Klimt’s cartoon series for the mosaic frieze in the dining room of the Stoclet House in Brussels (exhibited in the MAK Permanent Collection)—which was realized as a Gesamtkunstwerk by Josef Hoffmann and the Wiener Werkstätte—as well as Koloman Moser’s designs for the stained glass windows of Otto Wagner’s Kirche am Steinhof (Church of St. Leopold) in Vienna enjoy special status within this group of works.
The unique book and periodical holdings of the MAK Library are being expanded by over 4,000 volumes annually, with a firm focus on artists’ books, museology, applied art, fine art, and contemporary design and architecture. The clear objective is to further augment the holdings of what is already Austria’s largest art library.

All areas of this collection can be viewed in the reading room. Findings of the research projects can be viewed as part of the MAK Collection online. Furthermore, temporary exhibitions are presented in the MAK Works on Paper Room at regular intervals.