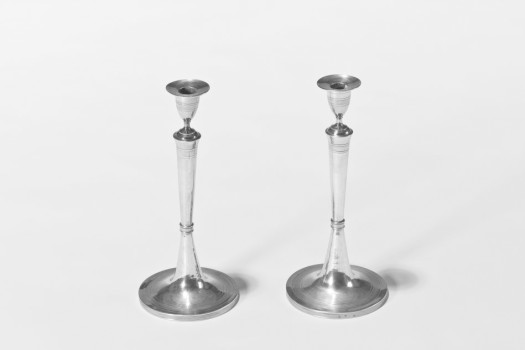 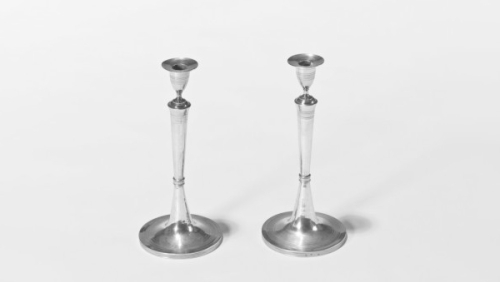 Between 1941 and 1943, the MAK purchased several art objects made of silver from the Dorotheum including two candelabra. The only information regarding their origin was the number on the invoice. The Austrian State Archives’ holdings comprise a card index where a large part of the so-called § 14 deliveries are recorded. This file concerns all those objects made of precious metal as well as pearls and jewels, persons persecuted by the Nazi regime as Jews we forced to hand over in 1939/40. In September 2007, the Dorotheum and the contact department of the Vienna Jewish Community finalized the project dedicated to the digitization of this card index. As a consequence, the invoice number of the two candelabra was matched with Samuel and Gittel Bauer from Vienna. Further research confirmed that the two candelabra had been in their possession until 1939.

On 20 November 2009, the Advisory Board advocated returning the two candelabra to the heirs-at-law of Samuel and Gittel Bauer.

On 5 July 2013, the two candelabra were resituated.