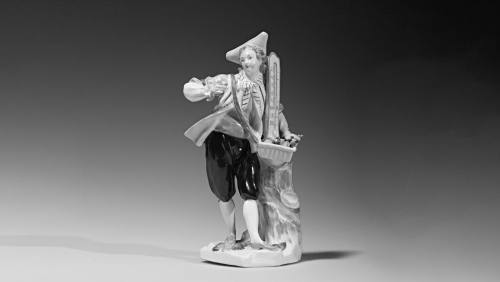 The most precious items of the seized art collection of David Goldmann, who had already fled Vienna on 11 March 1938, were listed in the central depot for seized collections. In 1942, the MAK applied for the allocation of 17 objects, which however did not occur due to the war. When David Goldmann wanted to export the items that had been restituted to him in 1948 to New York, the MAK requested an exportation ban for four objects it wanted to acquire: a Du Paquier porcelain terrine, a Viennese porcelain statuette, and two engraved glass goblets. Finally, a restitution settlement was passed. In exchange for the four objects, David Goldmann received a Chinese porcelain bowl and four plates by the Vienna Porcelain Manufactory.

On 30 November 2012, the Art Restitution Advisory Board advocated the transfer of the four objects that remained at the MAK under the condition that the legal successors returned the received consideration according to § 1 par. 2 Art Restitution Law.
As this did not occur, the re-exchange did not take place.