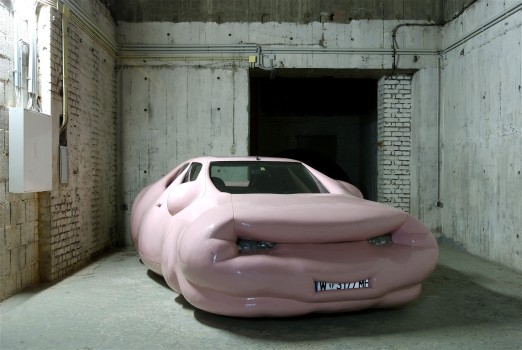 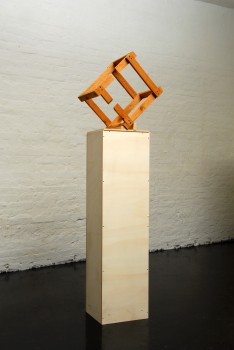 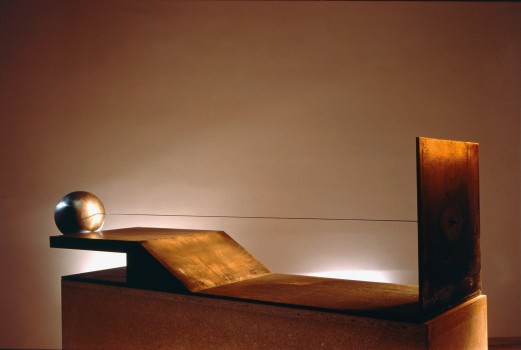 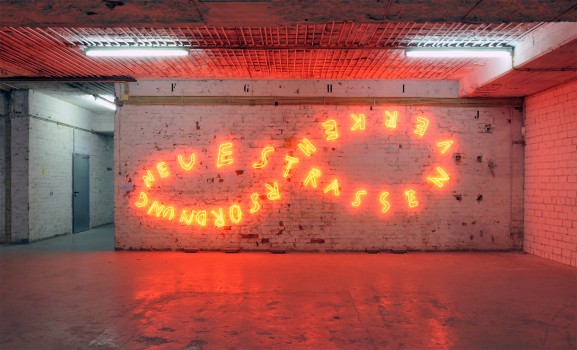 Ilya & Emilia Kabakov, NOT EVERYONE WILL BE TAKEN INTO THE FUTURE 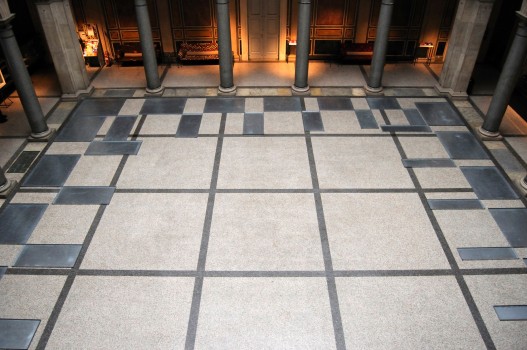 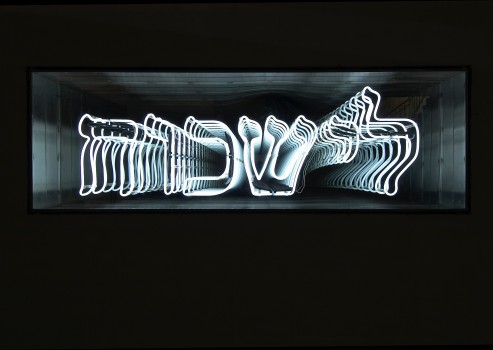 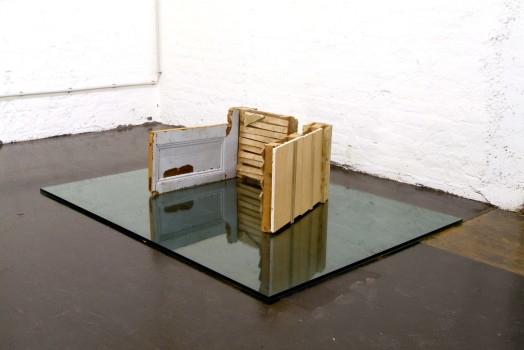 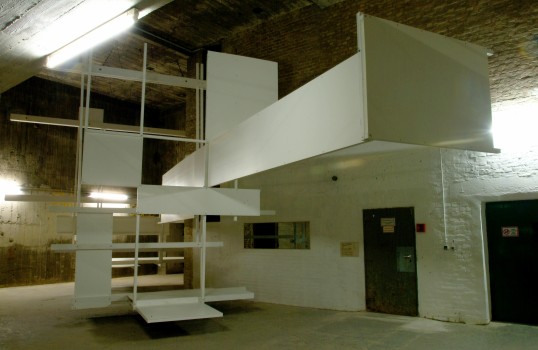 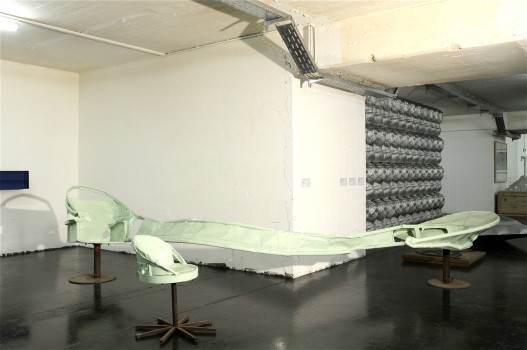 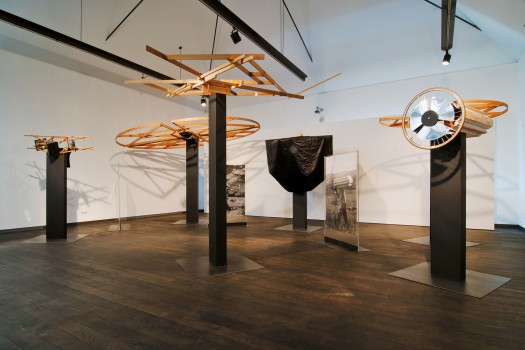 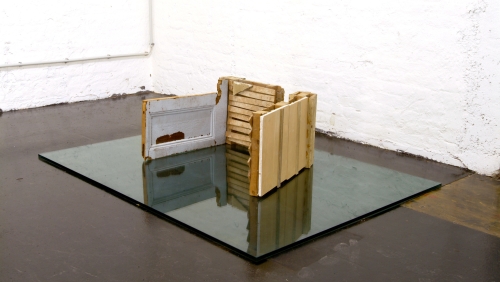 Curator: Bärbel Vischer
The circa 1,500 works, work groups and bundles of documentation contained in this collection encompass the areas of fine art and architecture: from avant-garde movements of the 1920s to current artistic stances, the holdings encompass works in various media such as drawing, painting, photography video and film, as well as objects, sculptures, installations, environments and architecture-related contributions including designs, models and animations.

Since its establishment as a museum for art and industry, contemporary art has played an ideational role at the MAK. The objective is to offer a laboratory for artistic production and an educational platform: applied art is placed in the context of both fine art and architecture in order to generate synergies. These programmatic considerations led to the establishment of the MAK Collection of Contemporary Art in 1986.

The starting point of this confrontation with contemporary art and the basis of the MAK Collection of Contemporary art consists in the artistic interventions in the museum’s permanent collection: the early 1990s saw figures including Barbara Bloom and Donald Judd charged with the development of new forms of presentation for the MAK’s historical holdings in close collaboration with the museum’s collection curators. Planned as alternative approaches and a continuation of the idea of the Gesamtkunstwerk (total work of art), these innovative ways of exhibiting reflect the principle according to which an artwork can be understood both as being embedded in a historical context and from the vantage point of said context.

The main focus of the MAK Collection of Contemporary Art is on international contemporary art stances with special attention given to selected Austrian artists. The lion’s share of these works were created within the context of exhibitions and projects developed specifically for the museum, with the exhibition medium itself participating in the works’ history and artistic production in a way comparable to that of a snapshot. In this way, relationships of continuous collaboration with regard to conceptual strategies of artistic practice developed with artists including Walter Pichler, Franz West and Heimo Zobernig.

The MAK Collection of Contemporary Art is characterized by the contextual shifting of applied art, design and architecture. The methodical juxtaposition of works from multi-genre areas of the MAK Collection with contemporary art opens up new perspectives on various historical aspects, with political issues also coming into view. Ilya and Emilia Kabakov decipher the concept of utopia, while Marko Lulic deals with sociocultural phenomena of modernism and Peter Friedl and Georg Herold question the construction of history. In large-scale installations, Atelier Van Lieshout, Liam Gillick and Josef Dabernig examine topics such as societal values and institutionalized systems.

Architecture as a theme of visual art is a further element of the MAK Collection of Contemporary Art, with new perspectives on the performative aspect of architecture being put up for discussion. Werner Feiersinger, Andreas Fogarasi, Martin Kippenberger, Gordon Matta-Clark and Dorit Margreiter sketch unusual ideas of architecture and refer to their sculptural qualities. Herbert Bayer and Alfons Schilling, on the other hand, deal in their sculptural works with phenomena of perception and interaction on the part of the viewer.

The sculpture as a social mobile is a theme of the current conception of applied art. Walter Pichler’s Fingerspanner (1967) makes it possible to lengthen human limbs in the manner of prostheses, while Franz West condenses his “Passstücke” concept in the sculpture Eo Ipso (1987), which functions as an experiencable body or “sitting machine.” It is with multifunctional creations that Plamen Dejanoff/Svetlana Heger, Birgit Jürgenssen and Erwin Wurm stage utilitarian objects as repertoire of the social space. In doing so, they question parameters of modern sculpture and explore contemporary conceptions of the “artwork” that are grounded in conceptual art.

The planned repositioning of the MAK Collection of Contemporary Art under Director Christoph Thun-Hohenstein is oriented toward socio-politically relevant issues in a global context, toward the tension between applied art and contemporary art, toward the integration of current international movements and new art forms, and toward the examination and research of important historical artistic stances. At the same time, artistic examination of the holdings of the MAK Collection is to be promoted in the areas of applied art and design as well as architecture; one purpose of doing so is to explore cultural interconnections and critically question the process of identity-creation.

Architecture in the MAK Collection of Contemporary Art
The MAK defines itself as a platform for international tendencies in architecture which generate experimental developments dealing with the overarching themes of society. Having been founded as the Austrian Museum of Art and Industry, the museum (and, at the time, school) was able to attract architects and designers including Otto Wagner, Josef Hoffmann and Koloman Moser around the turn of the last century.

Practice-oriented synergies in architecture are manifested today, for example, in interventions in the historical building substance on Vienna’s Ringstraße, designed by Heinrich von Ferstel, as well as in the lively use of the inspiring legacy left behind by the Austrian-American architect Rudolph M. Schindler in Los Angeles, which serves the museum as a site of public discourse. Programmatically, architecture is made palpable as a special field of applied art in the museum’s collecting and exhibiting activities, with the lecture series Changing Architecture illuminating current perspectives with guest lectures by figures including Zvi Hecker and Kazuyo Sejima.

Progressive artistic stances in the area where architecture and art overlap, such as those of Vito Acconci, Raimund Abraham, Hans Hollein, Bernard Rudofsky, Carlo Scarpa and Friedrich Kiesler, whose design “Raumstadt” unites a sculptural forms and functional associations in modern architecture, represent a further focus in the MAK Collection of Contemporary Art.

Ideas of modernism as they relate to social issues are formulated by Margarete Schütte-Lihotzky, who by developing her Frankfurt Kitchen prototype became the best-known Austrian architect of her generation. With major contemporary stances like those of Zaha Hadid, COOP HIMMELB(L)AU; Günther Domenig, Frank O. Gehry, Rem Koolhaas, Daniel Libeskind and others, the MAK examines architecture in light of visionary developments. The studies by Greg Lynn and Hernán Díaz Alonso, on the other hand, are characterized by an amorphous, computer-generated architectural language and also influence Austrian architects such as Matias del Campo and Sandra Manninger/SPAN, whose works have likewise been shown at the MAK.