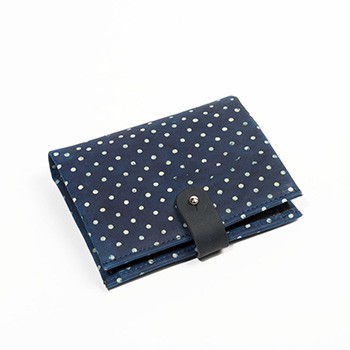 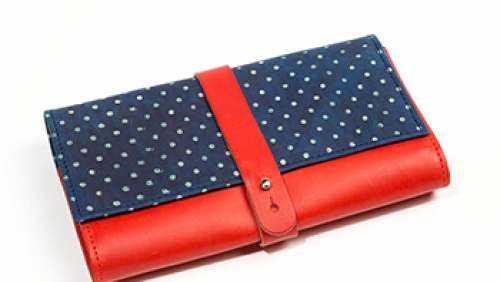 with accessoires from the collection
This is About Tolerance
The personalities behind the Viennese label rosa mosa are Salzburg-native Simone Springer and Kyoto-native Yuji Mizobuchi. Ever since their study of design in London, the two have worked together to design leather fashion accessories, bags, and shoes.

rosa mosa stands for individualism and innovation at a high standard of craftsmanship. The designers give preference to local suppliers and craftspeople that devote care and attention to the artisanry that is required.

For the current collection, Austria’s cultural heritage was examined and combined with that of a younger culture. In Austria, traditional indigo dying is still alive and well. On the other hand, the stars-and-stripes pattern, itself taken from old printing blocks, is applied here not to cloth but to leather, giving rise to a new context. It all amounts to a certain “replanting” of the items’ Austrian roots.

Such ideas’ implementation requires tolerance, and tolerance requires respect, acceptance, and recognition of all the world’s cultures—not just as a moral obligation, but also as a political necessity. Tolerance is a virtue that helps overcome a culture of war, replacing it with peace. This is the core concern of rosa mosa.