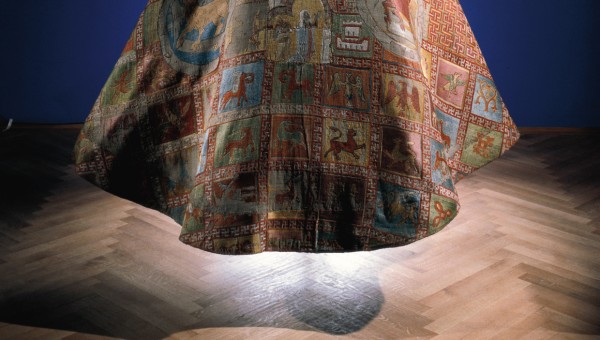 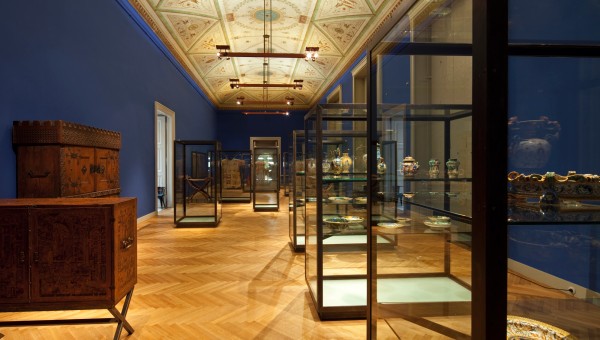 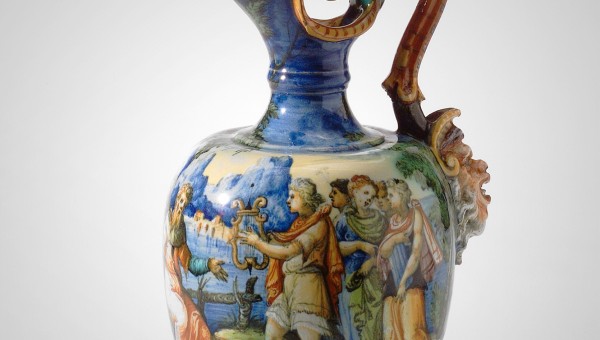 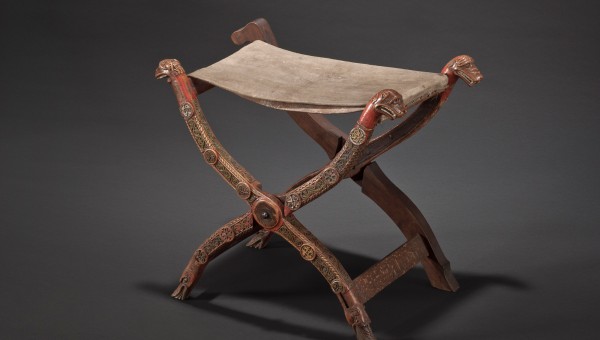 FOLDING STOOL FROM THE ABBEY OF ADMONT 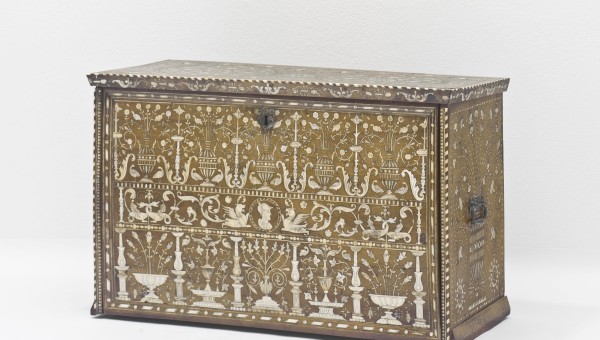 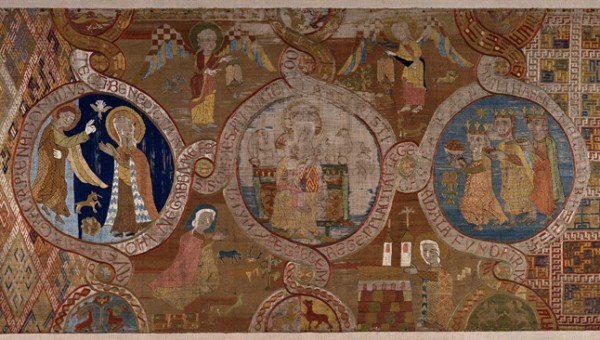 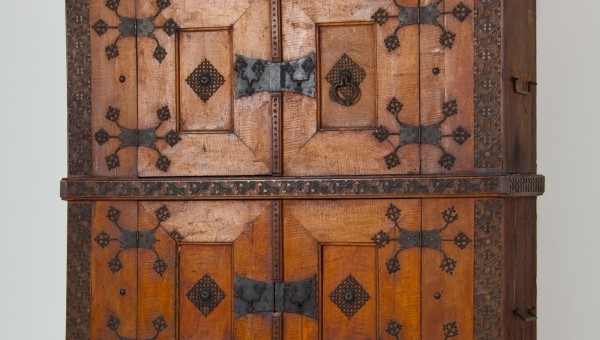 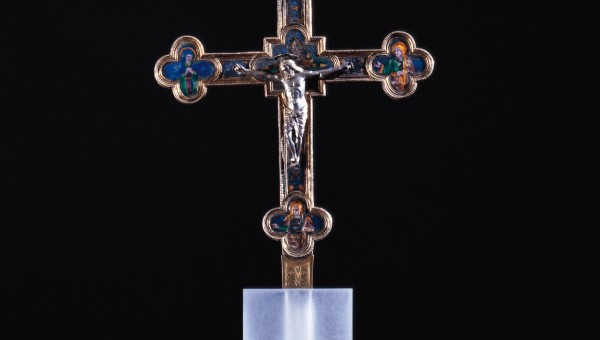 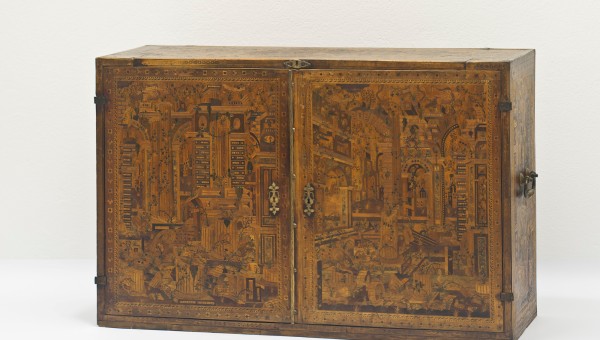 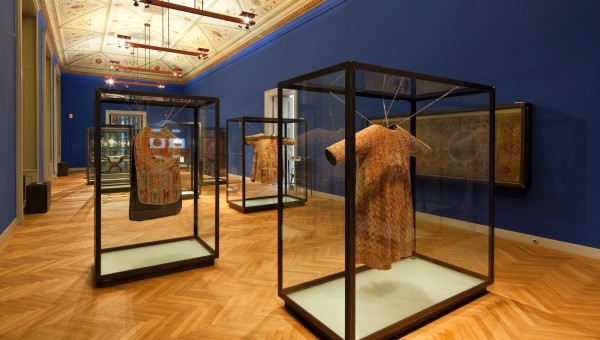 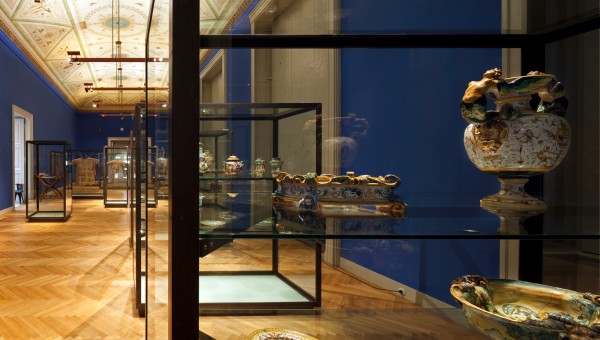 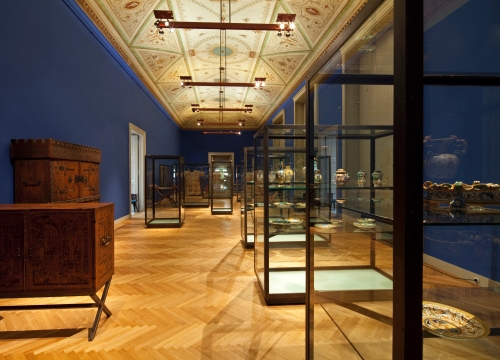 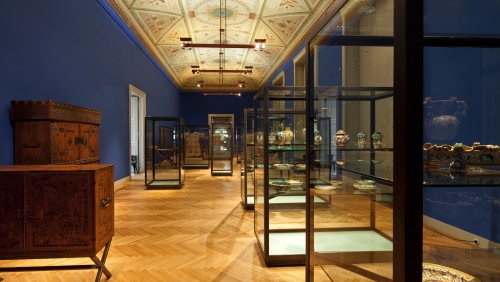 When the MAK asked me to install the Romanesque, Gothic, and Renaissance room, there was for me only one possible solution - to link our time with the past. The pieces on display consist of the Göss paraments, various majolica pieces from the Renaissance, and a few items of furniture. For conservation reasons, almost all of these have to be protected by glass display cases. The idea for the design is based on two direct interventions: firstly, providing a colored frame for the walls, and secondly, redesigning the display cases. For the first intervention, a connection had to be made between the delicate coloring of the Göss paraments, the strong, unfaded colors of the majolica - here predominantly ultramarine and ochre - and the room's ceiling color. I decided on a light cobalt blue, which has a certain festive quality, but is also discordant with the color of the ceiling. The design of the display cases was carried out with Mathis Esterhazy, the goal being to arrive at a classic display case that would also reflect our own time. Objects such as the Göss paraments are shown with natural folds, and others, such as the portable writing desks, at a natural height. / Günther Förg
Much medieval handicraft has been preserved in churches and monasteries, and from these it has occasionally made its way to museums. This is the case with the most significant Romanesque works in the Museum, the "Göss Paraments" and the folding stool from Admont. The furniture and ceramics of the fifteenth and sixteenth centuries from northern and southern Europe that are presented here illustrate specific regional characteristics, and the survival of stylistic features over long periods. Austrian handicrafts of the fifteenth century, for example, are still considered as Gothic. Although the Renaissance began in Italy during the first quarter of the fifteenth century, its influence was only felt north of the Alps from the second half of the century, continuing into the early seventeenth century, as the richly inlaid bureau cabinet from Augsburg and the painted table top from Swabia show.
Decorative motifs, classical ornament and grotesques, landscapes and figures from the High Renaissance on majolica vessels illustrate how pictorial representations were successfully transferred into a different medium. The scenic depictions are of exceptional quality. / Angela Völker (curator of the MAK Textiles and Carpets Collection during the phase of the reinstallation of the MAK Permanent Collection in the early 1990s)

GÜNTHER FÖRG
Born 1954 in Füssen. Lives and works in Areuse, Switzerland.
Günther Förg owes his singular position in contemporary art to the versatility and complexity that underlie his important work groups, done in such diverse techniques as photography and sculpture. Painting, however, remains central to his work.