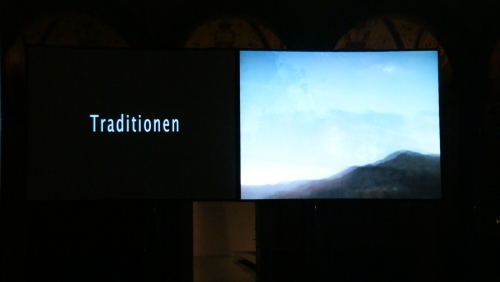 ROADMOVIE deals from highly divergent perspectives with the mountain near Salzburg known as the Untersberg—a place steeped in legend as well as in connotations both Germanic and German nationalist. Beyond the mountain’s imposing appearance and symbolism, the focus will also be on associated mystical phenomena such as leaps in time and rips in the space-time continuum, black stones and magical symbols, as well as the question of why it held such significance for National Socialism.

In 1928, Adolf Hitler leased the building known as “Haus Wachenfeld” (later dubbed “Berghof”) on the Obersalzberg, a property which he was later to purchase and considerably expand. This distinctive building, with its famous 8x4-meter, electrically lowerable panorama windows in the great hall with a view of the Untersberg, served Hitler as a place in which to host diplomats and prominent personalities. Numerous widely familiar photographs of the Untersberg have been taken from this giant window-opening, which could also be covered from the inside by a screen lowered from above. Hitler even had a telescope installed on the patio of the Berghof, allowing the Untersberg to be viewed even more closely.
Over the course of their research work, the artists also hit upon the figure of Agnes Primocic, a local Austrian Communist Party politician and former resistance fighter who died in Salzburg in 2007. Impressed by her activities, they decided to include parts of Primocic’s life at various points in ROADMOVIE as a counterpoint to the Nazi dominance shown at the Berghof.

The film ROADMOVIE, made in 2011, will see its première screening at the MAK. 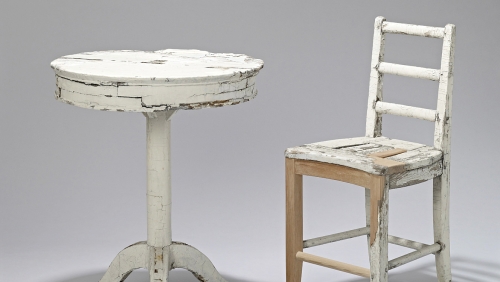 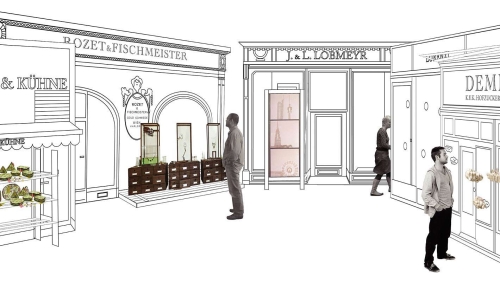