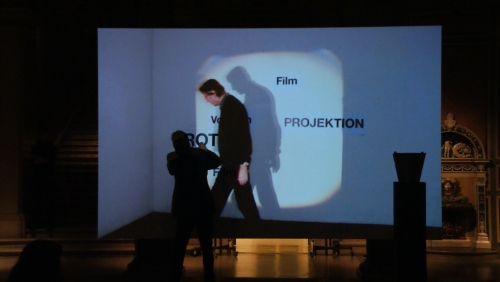 The impossibility of perfectly representing an image via words is a central aspect in the work of Austrian artist Heinrich Dunst. In the speech performance Der Kübel [The Bucket], Dunst examines possible forms of linguistic representation—for the first time not alone, but in concert with 20 individual speakers—and how various media interlock at the interface of object (a bucket) and space (the MAK Columned Main Hall).

Amidst the inherent tension of the relationship between object, text (spoken word) and projection, Dunst uses this performance to develop a form of organization in which not the coherence or closed nature of the whole, but rather the relationships between these levels of sensation and perception—the splitting of visibility and speakability—are at issue. Heinrich Dunst: “Are the individual parts completed by that which separates them from one another, or are they homogenous and analog, as the ideology of the grand staging (of the everyday) would suggest? To where does the rest disappear—the gap in the sentence, the discrepancy in the attempt to identically meld or homogenously inscribe text and image?”

Heinrich Dunst draws inspiration for his work from the book The Future of the Image (Le destin des images, 2003) by philosopher Jacques Rancière, in which a fictitious figure deals with precisely this relationship between language and visuality, between object, projection and text. Rancière calls the figure the “sentence-image,” the oscillating relation within these relations, which modality consists in a dynamically ambivalent changing of symbols and their correspondences; a figure which actual quality is a sort of non-completability.

Recent artistic practice has seen attempts to bring to the fore a relational order within a specific form of arrangement made by various artists including Florian Pumhösl and David Majkovich. Specifically, their aim has been to include the translatability and transformation of medial systems in the core of such an arrangement. Performances by Heinrich Dunst take place at precisely this interface of medial transformation; they represent a performative way of attempting to stage these relations between media fragments. 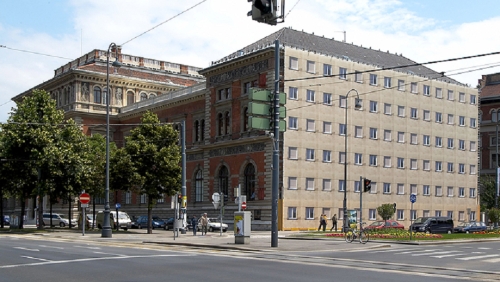