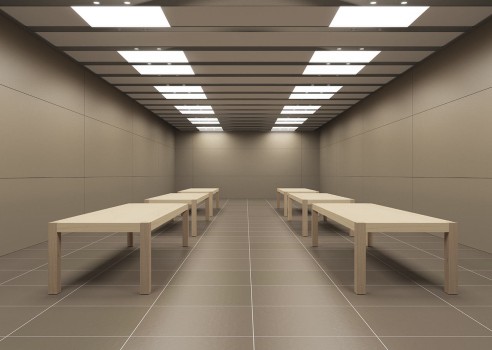 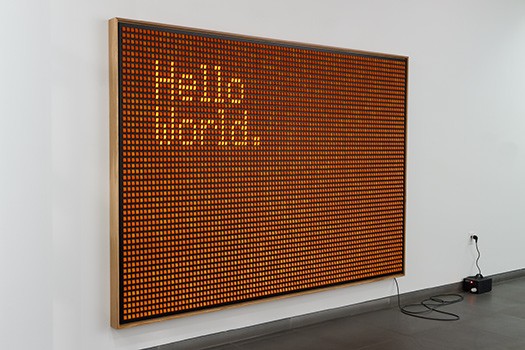 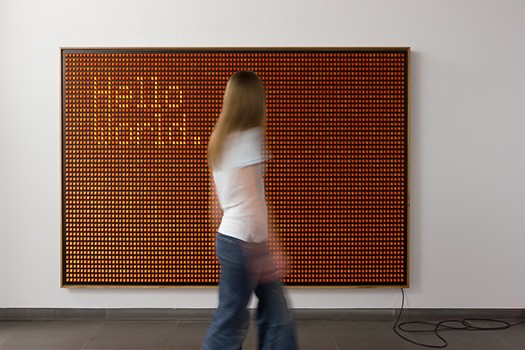 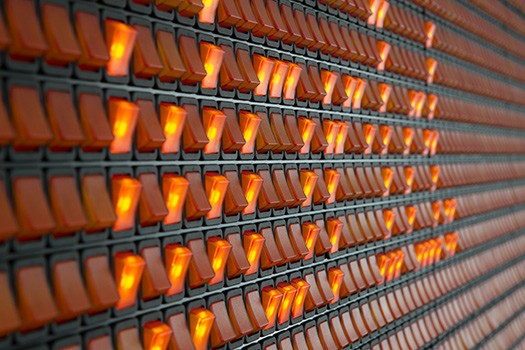 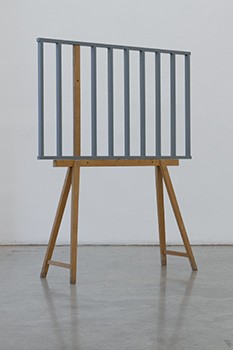 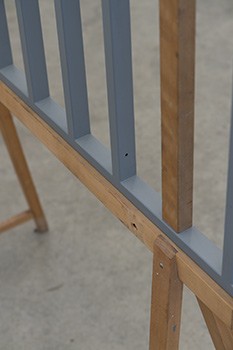 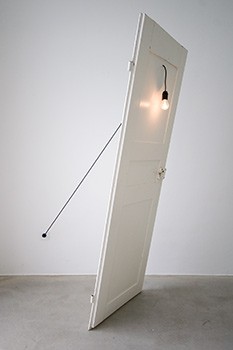 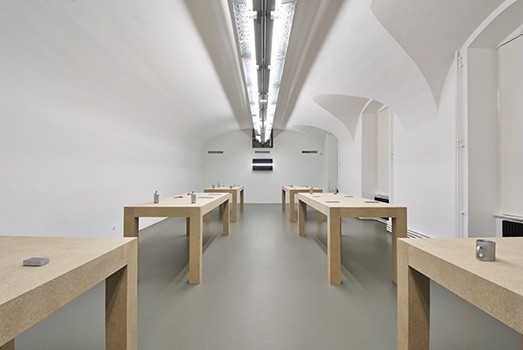 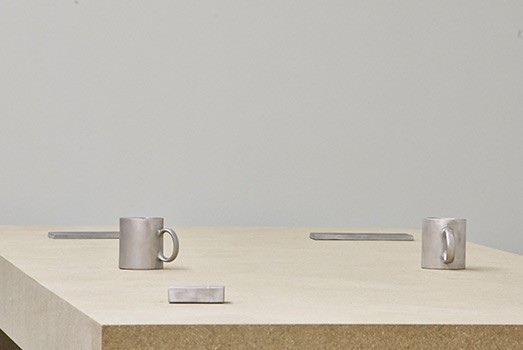 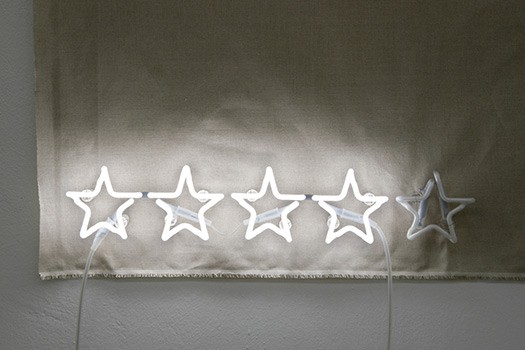 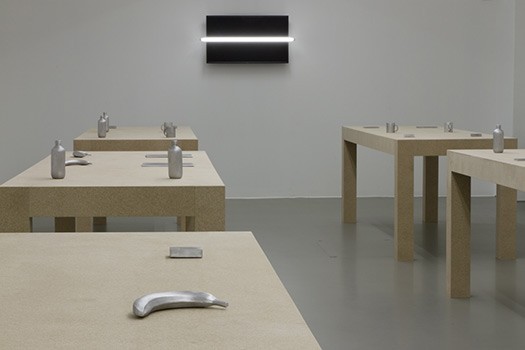 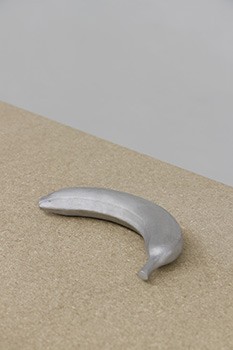 With the exhibition Grand Central, Valentin Ruhry opens up associative realms for reflection on the sociocultural process of change that was initiated by the Internet as the dominant utopia of our time and offers a subtle criticism of the experiential dimension of contemporary consumer culture. For his solo exhibition at the MAK, the artist, whose work is situated between sculpture and conceptual art, developed a large-scale installation that formally and aesthetically alludes to the corporate design of product displays by international makers of digital products. With the exhibition title Grand Central, Ruhry both directly and figuratively references the topic of decentralization, an integral component of the digital world against the background of the global networking and analysis of people, products, and data through digital media and social networks. He also points to the location where one company known around the world for its computer technologies has operated one of its largest stores since 2011: Grand Central Terminal in New York, which is frequented by 750,000 people daily.

With the almost sacred quality of their product displays, the seductive aesthetics of their products, and the ostensibly self-evident nature of their presence amid large expanses of public space, corporations—particularly those that produce digital innovations—subliminally play with consumer desire. In his minimalist installation, Ruhry addresses the subtle displays found in these stores and presents a selection of everyday objects cast in aluminum from the context of the train station in place of digital devices. Made abstract due to their materiality and elevated as unique items, their auratic presentation simultaneously enhances them and separates them from their original utility and commercial value. The emotional, affirmative messages of companies in the digital sector cause their customers to overlook the fact that by buying a product or joining a network, not only are they giving up control over their own identity and personal information, but they are also contributing to the closed loop of an increasingly independent market.

During a stay of several months in the United States before the exhibition at the MAK, the artist continued his studies in current socioeconomic topics such as decentralized markets, alternative currencies, Bitcoin, startups, the sharing economy, regulated markets, and the “new” art market. In this context, Ruhry points to the development of a new, anarchic spirit of capitalism, which he links to the Austrian economist and politician Joseph Schumpeter (1883–1950) and the idea of “creative destruction,” according to which all economic development is only possible through the continual displacement and destruction of existing forms of production. This also pertains to the increasingly frequent updates that make existing products obsolete as well as the concept of “sharing,” which blurs the boundaries of property in the context of the sharing economy and the collaborative commons and drives individuals into precarity through mechanisms of self-commercialization.

Two new light works by the artist, Zen for LED-TV and 4 out of 5 (both 2014), also took shape as part of his examination of a society of mutual evaluation in which actions are increasingly being economized. This dissolution of the division between producers and consumers finds a dystopian future in the current discourse about the contemporary novel The Circle (2013) by Dave Eggers and is reflected in the work of the Canadian philosopher Marshall McLuhan, who predicted the World Wide Web as a “global village” nearly thirty years before it was invented. In the context of networks, big data, and the increasing monopolization and politicization of previously decentralized networks, Ruhry references the computer scientist Joseph Weizenbaum, whose visionary book Computer Power and Human Reason (1977) he integrates into the exhibition in reference to the boundaries of the relationship between humans and machines.

A cooperation between MAK and the University of Applied Arts, Vienna

The exhibition series APPLIED ARTS. NOW intends to provide a platform for contemporary forms of applied arts in order to generate greater visibility for especially interesting positions taken by graduates from the University of Applied Arts living and working in Austria. 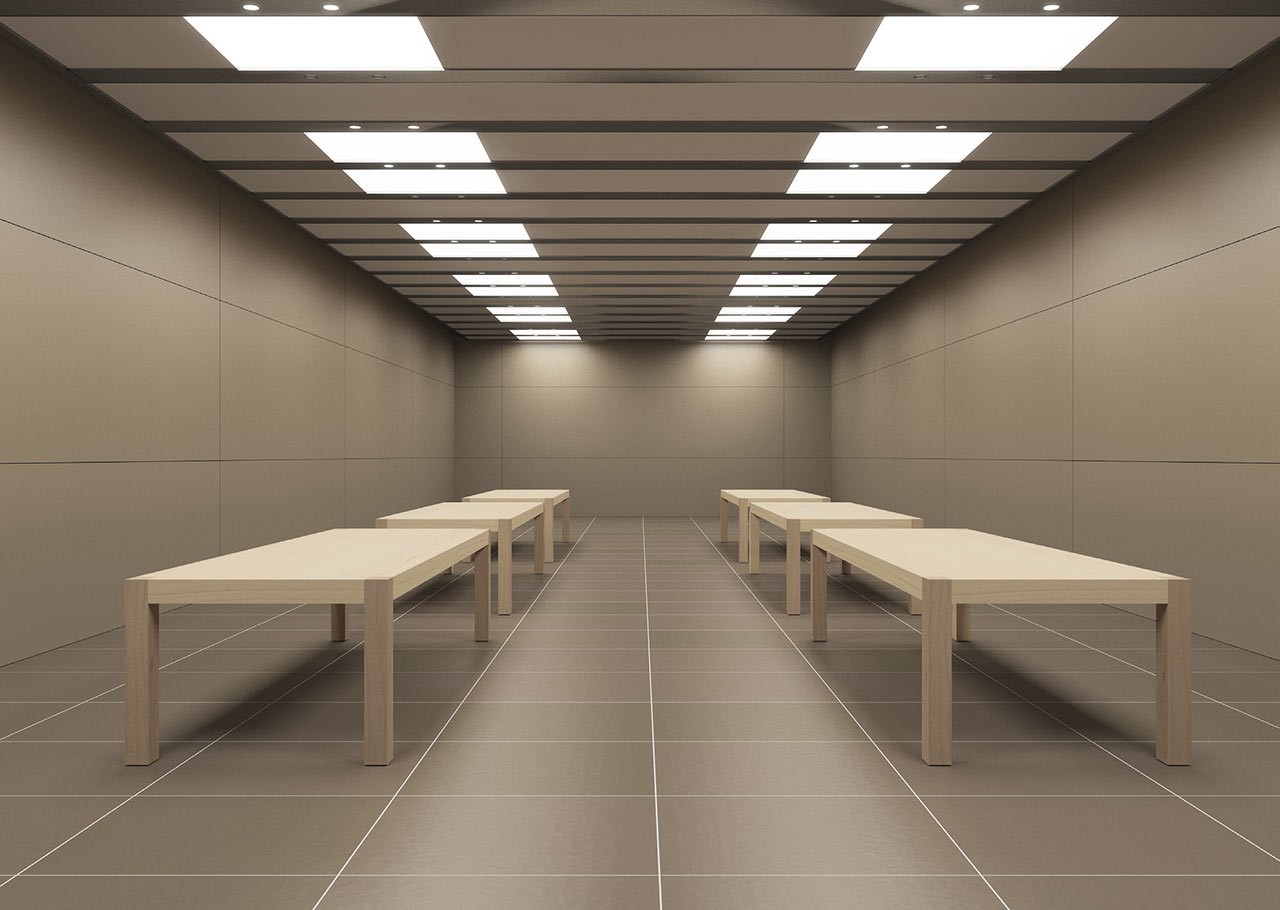