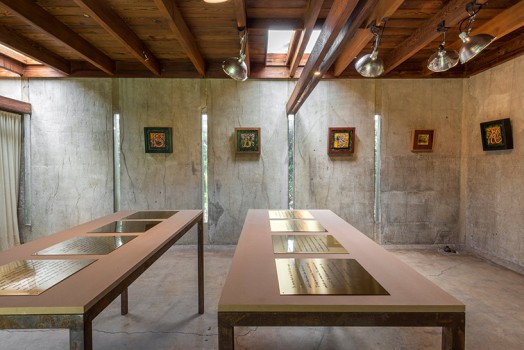 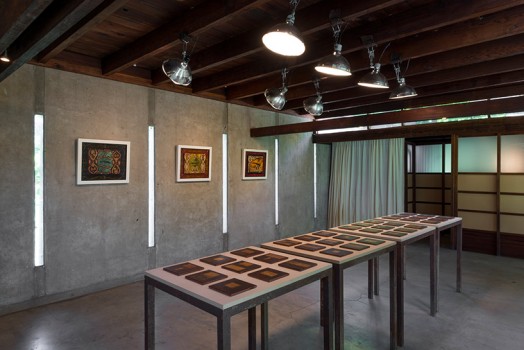 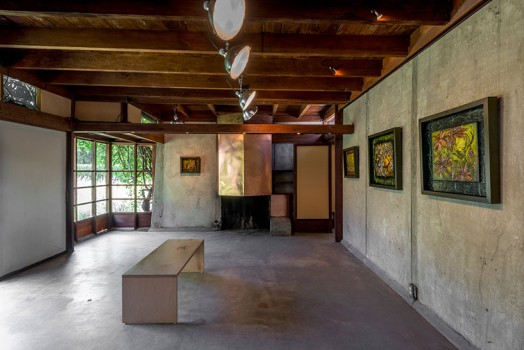 Tony Greene: Room of Advances is a posthumous survey of works by the late Los Angeles-based artist, Tony Greene (1955–1990). Curated by artists Judie Bamber and Monica Majoli, the exhibition assembles the largest collection of Greene’s works since an exhibition at Los Angeles Contemporary Exhibitions in 1991, the year following the artist’s death from AIDS at age 35. Recent national exhibitions, including the Whitney Biennial 2014 and Made in L.A. 2014, upcoming at the Hammer Museum, have reestablished his oeuvre within the canon of queer art. Working at a time dominated by conceptual and activist practices, Greene affirmed and interrogated the queer experience and homoerotic desire through painting. The artist developed a visual language characterized by dark, jeweled tones and swirling impasto layered over tinted photographs to create works at once sensual, provocative and haunting.

Intimate in scale, Greene’s dreamlike paintings draw the viewer into the picture’s depth. The title for the show, Room of Advances, originates from a work comprised of 5 panels. The center panel is an image of a man’s nude torso with arms outstretched, flanked by a repeated image of a mid-century modern interior. The Schindler House—with its history of utopianism made manifest in actual domestic living—is ostensibly the modern domestic interior longed for in Greene’s work. The interplay between opacity and transparency, interior and exterior that infuses Greene’s paintings is echoed in R.M. Schindler’s architecture and makes for a particularly felicitous pairing.

Tony Greene studied in Los Angeles, receiving his BFA from Otis College of Art and Design in 1985 and his MFA from CalArts in 1987, and continued to live and exhibit in L.A. through 1990. During this brief and artistically fertile period, he influenced and was influenced by a significant group of artists who went on to shape contemporary art, including Catherine Opie, Richard Hawkins, Lari Pittman and Nayland Blake. Although rarely on display in the past 20 years, Greene’s paintings have lived on in the homes of his intimates and artistic peers. His legacy as an artist, friend and personality has grown far beyond the circle of artists who emerged in L.A. in the mid-1980s.

Unlike many gay artists who reacted to the AIDS epidemic by framing their work solely as activism, Greene was able to keep that dire reality present while foregrounding passion as something ongoing and alive. Photographic images from physique pictorials, natural history dioramas, and men’s mouths from gay pornography act as a base for decorative arabesques and molded Rosicrucian lettering. Layered with lapidary glazes, the paintings incorporate romanticized images that elicit desire viscerally, yet remain encased in veils of paint, barricaded behind ornament and fleshy yarns of Rhoplex. 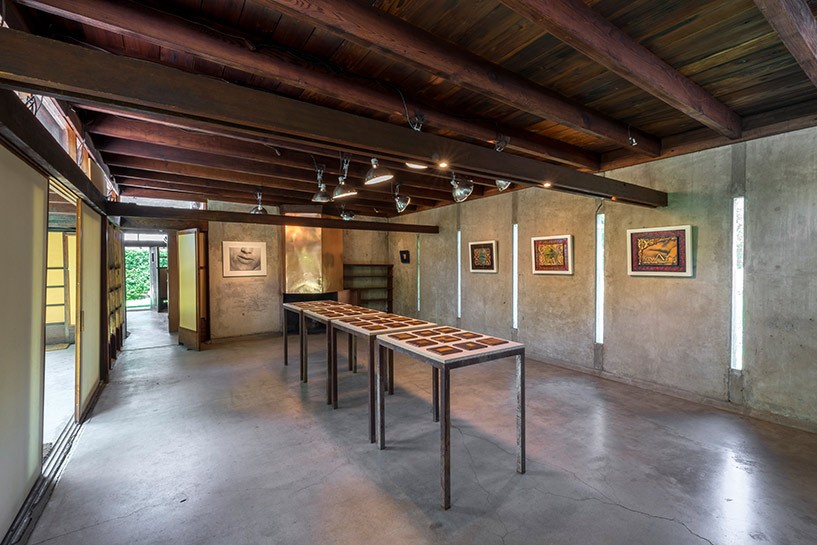 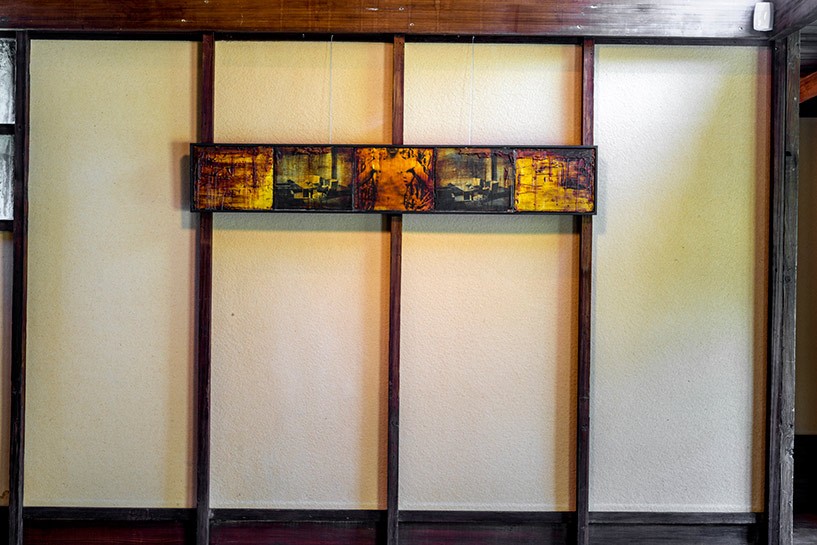 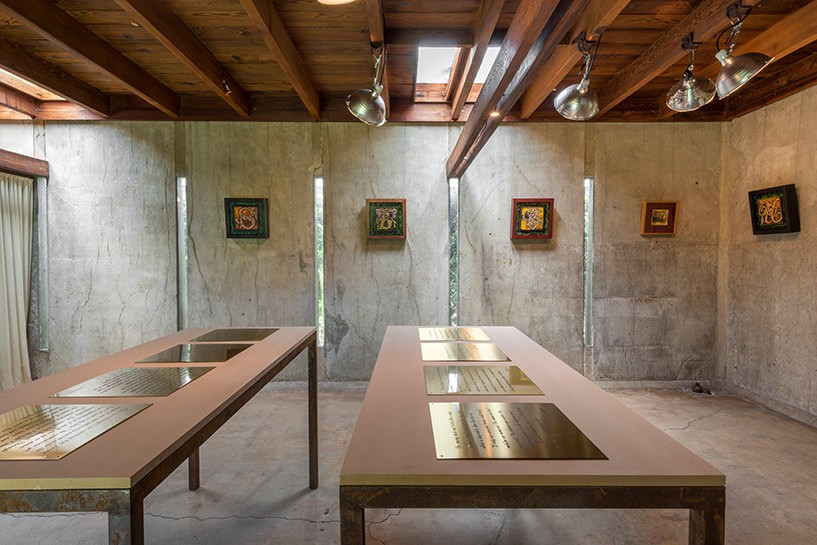 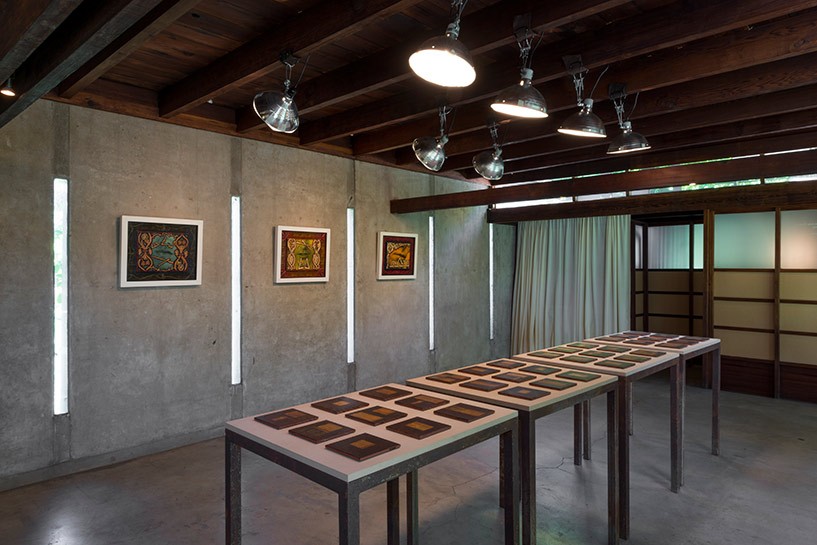 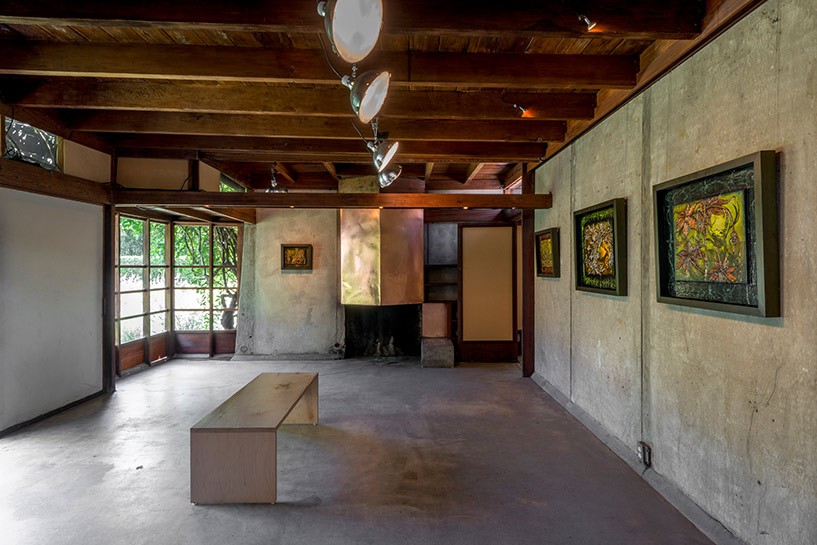 An Installation by Erin Besler