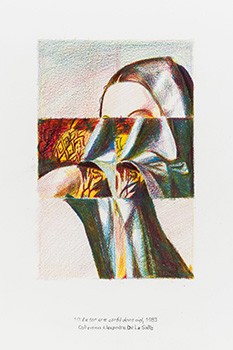 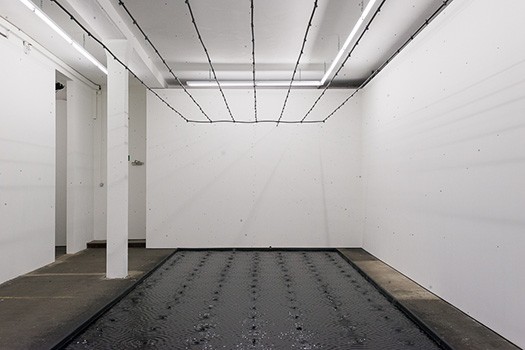 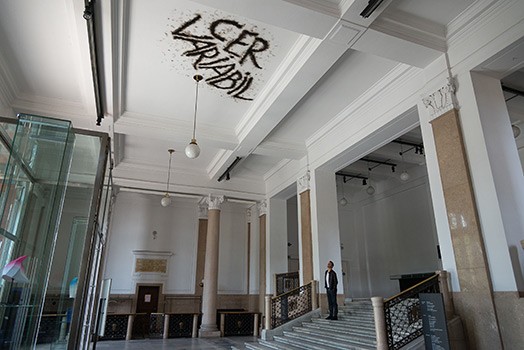 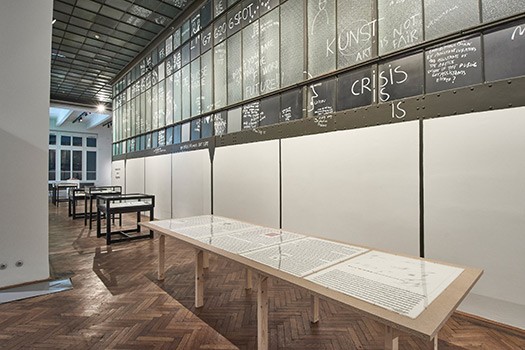 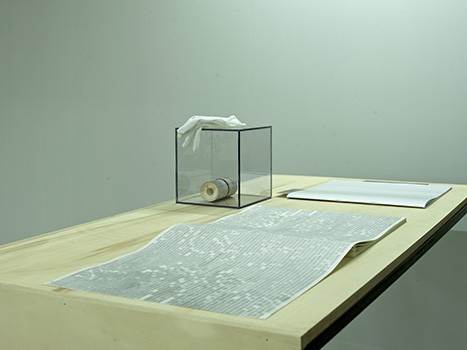 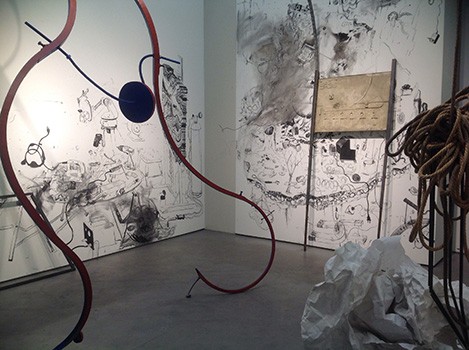 This exhibition about the art scene in Romania illuminates the potential of a cultural realm at the heart of crucial impulses for the development of the avant-garde and modernism in Europe. Romanian artists number among either the founding members or central protagonists of almost all important artistic movements in Europe. The same goes for literature and film. The great-grandfather of modern sculpture is a Romanian: Constantin Brâncuși. Of the Dadaists in Zurich in 1916, three were from Romania: Tristan Tzara (Samuel Rosenstock), Arthur Segal (Aron Sigalu), and Marcel Janco (Marcel Iancu) (see Dada East. The Romanians of Cabaret Voltaire, Tom Sandqvist, 2006). Victor Brauner, Benjamin Fondane, and Gellu Naum belong to the notable representatives of surrealism. Together with her husband, Romanian princess Anna de Noailles, a lyricist and a friend of Marcel Proust’s, financed the surrealist films of Bunuel and Dalì. Romanian Isidore Isou was the founder of Lettrism, from which Guy Debord’s Situationist International movement split off. Eugène Ionesco, the main founder of the Theatre of the Absurd, was a Romanian, as was Emil Cioran, the nihilistic author of Amurgul gândurilor [The Twilight of Thinking] and A Short History of Decay. Romania’s great literary tradition was carried on by Paul Celan, Oskar Pastior, novelist Mircea Cărtărescu, and Nobel laureate Herta Müller. Romanian Daniel Spoerri co-founded many artistic movements, among them Nouveau Réalisme. Romanian André Cadere is an important representative of conceptual   paining. Photographer and filmmaker Eli Lotar is the impetus behind the new Romanian film movement. Romania’s current film generation, which includes Cristi Puiu, Christian Mungiu, Corneliu Porumboiu, Marian Crișan, Radu Muntean, and Andrei Ujica, is considered one of the best in the world.

As a city, Bucharest is a metropolis of modern architecture (see Romanian Modernism: The Architecture of Bucharest, 1920–1940, Luminiţa Machedon and Ernie Scoffham, 1999). Romania is an example of Europe’s misfortune, which began with the Second World War and continued through the Cold War until 1989, with the “iron curtain of ideologies” slicing apart Eastern and Western Europe. The selected artists, whose ranks could be augmented by hundreds of other Eastern European artists, all made significant contributions to the development of western modernism; one need only think of constructivism. Even Hollywood has Eastern European migrants such as Billy Wilder to thank for some of its best films. The East-West divide, which inscribed itself into history through political power relations, not only damaged Eastern Europe, but also Western Europe. This divide also limited and blocked the development of art in Western Europe. It was tantamount to an “auto-amputation of Europe,” one that was tolerated for far too long.

This exhibition grants an episodic look back at the past, insight into Romania’s current, decentralized contemporary art scene (in Bucharest, Cluj, Timișoara, Sibiu,   or in the diaspora), and opens a window into the future. Viewed through the prism or magnifying glass of art, Bucharest’s cultural landscape reveals a country that was in the grip of a long revolution (see The Long Revolution, Raymond Williams, 1961), recovered its memories, and experienced moments of freedom after the shock of   Nicolae Ceaușescu’s dictatorship. In this sense, the Romanian art panorama offers a perspective into Europe’s future: the end of the “auto-amputation”. In their work, some of which was created especially for the exhibition, artists of various generations present complex themes for discussion: work, industry, and agriculture—material and form—art and example—intuition, creativity, and teamwork—censorship or exile—religion, spirituality, and mysticism—body, space, and performance—politics and utopia—private and public space in changing times. The ten award-winning entries in the Create Your Bucharest competition of ideas will be shown as part of the exhibition.