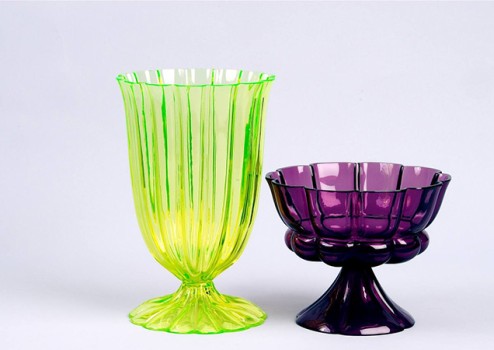 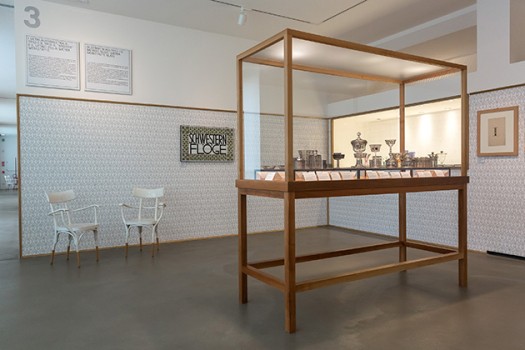 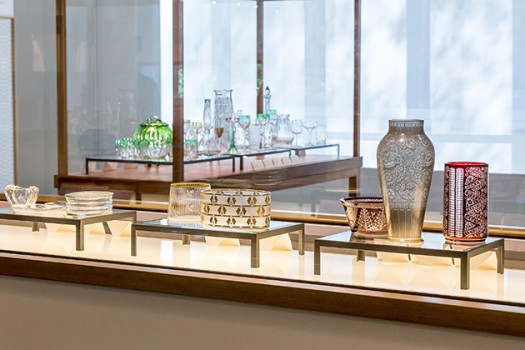 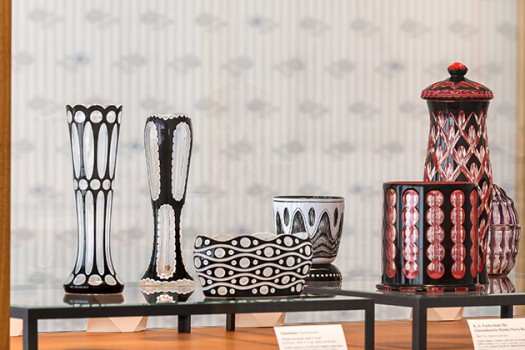 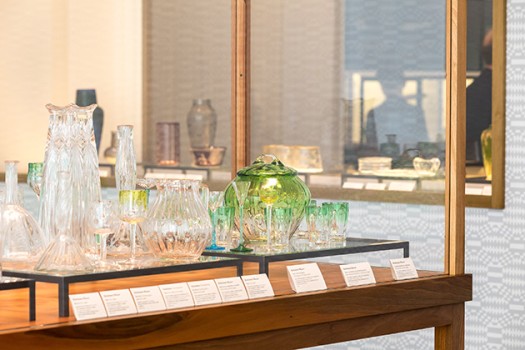 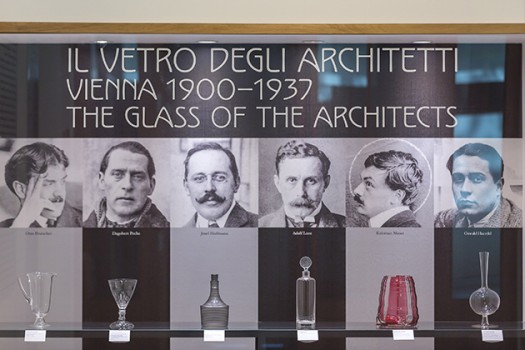 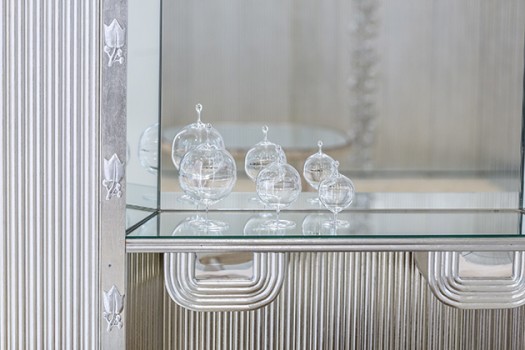 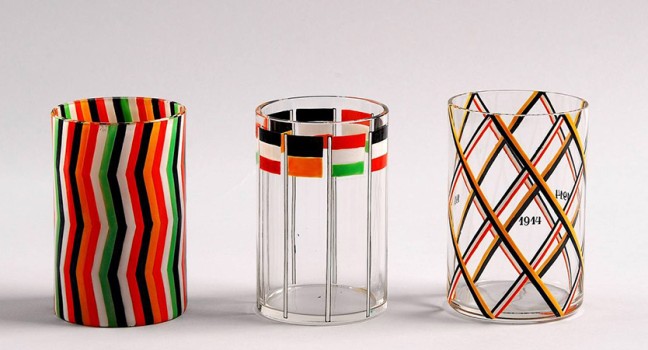 A cooperation between the MAK Vienna and LE STANZE DEL VETRO

The exhibition The Glass of the Architects. Vienna 1900–1937 for the first time thematizes the epochal influence that the designs of Viennese Modernism’s young architects exerted on the development of art glass in Vienna in the first three decades of the 20th century. Based on over 300 works from the collection of the MAK – Austrian Museum of Applied Arts / Contemporary Art as well as from private collections, it presents the nascence of the art of modern glassmaking in Austria from the last decades of the Austro-Hungarian monarchy to the end of the First Republic. The exhibition will run from 18 April to 31 July 2016 at LE STANZE DEL VETRO on the island of San Giorgio Maggiore in Venice.

At the dawn of the 20th century, a group of young architects—students of Otto Wagner’s at the Academy of Fine Arts Vienna, the School of Applied Arts, and the University of Technology—became especially interested in designing glass. In the field of architecture, too, glass was considered to be the material of modernity. Having contact with established Viennese glass manufacturers—including E. Bakalowits & Söhne and J. & L. Lobmeyr and with arts reform movements such as the Association of Visual Artists – Vienna Secession or the Wiener Werkstätte and the Austrian Werkbund—ensured the realization of the radically new design concepts through producers like Johann Lötz Witwe. Today’s world-renowned protagonists of Viennese Modernism—Josef Hoffmann (1870–1956), Koloman Moser (1868–1918), Joseph Maria Olbrich (1867–1908), Leopold Bauer (1872–1938), Otto Prutscher (1880–1949), Oskar Strnad (1879–1935), Oswald Haerdtl (1899–1959), and Adolf Loos (1870–1933)—launched innovative new designs for ornamental and functional glassware.

In keeping with the educational reforms at the Viennese School of Applied Arts and the credo of an equitable collaboration between the designer and the implementing craftsman (such as advocated by the Wiener Werkstätte, for example), the architects not only worked on designs, but also in the glass factories in front of the glass furnaces, in order to exploit the possibilities of the medium of glass, as espoused also by Otto Wagner and Adolf Loos in their redefinition of the architect’s role. In so doing, they availed themselves of the development of innovative methods for design and materials that were being driven forward by the Viennese School of Applied Arts in the schools of glassmaking it operated in Steinschönau and Haida, centers of the Bohemian glass industry. Thus Viennese art glass designed by architects became a fixture and a trademark at the important arts reform exhibitions, from the VIII. Secession exhibition in Vienna in 1900 to the Werkbund exhibition in Cologne in 1914, and the Exposition internationale des Arts décoratifs et industriels modernes in Paris in 1925, as well as in the Wiener Werkstätte’s product offering.

The glasswork in the exhibition will be supplemented by designs of the architects of Viennese Modernism, as well as by photographs documenting those past exhibitions and thus conveying the extraordinary effect that these radically modern objects had on the general public. The exhibition also includes the MAK-realized reconstruction of the mirrored chamber designed in 1937 by Josef Hoffmann for the Paris World’s Fair, the Boudoir d’une grande vedette [Boudoir of a great star].

Following the exhibition Il vetro finlandese nella Collezione Bischofberger [Glass from Finland in the Bischofberger Collection], this is the second exhibition organized by LE STANZE DEL VETRO in Venice with a focus on the international development of glass art in the 20th century. For the MAK, it is the second collaboration after the exhibition I SANTILLANA (presented by Le Stanze del Vetro and the Fondazione Giorgio Cini).

LE STANZE DEL VETRO is a long-term joint initiative of the Fondazione Giorgio Cini and the Pentagram Stiftung devoted to studying the art of glassmaking in the 20th and 21st centuries. The work done by the Fondazione Cini with the Pentagram Stiftung on the preservation, archival, and digitalization of Venetian glassmaker archives, as well as the internationally acclaimed exhibitions of Le Stanze del Vetro find their parallel in the reappraisal of the Wiener Werkstätte’s legacy in the MAK. 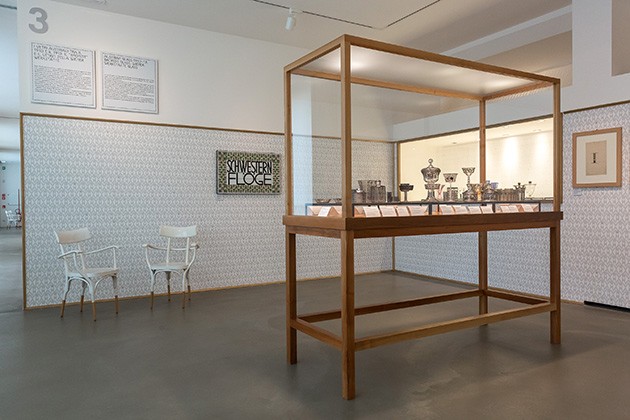 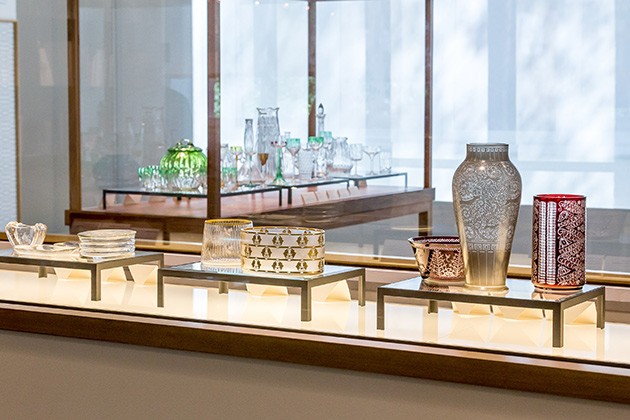 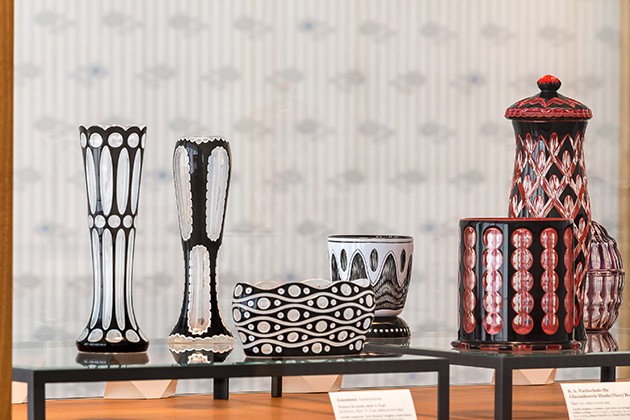 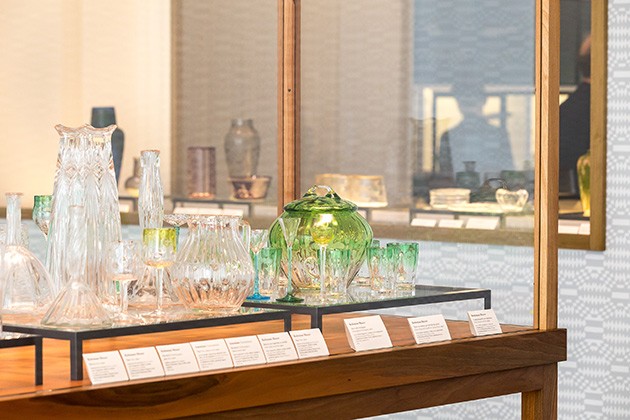 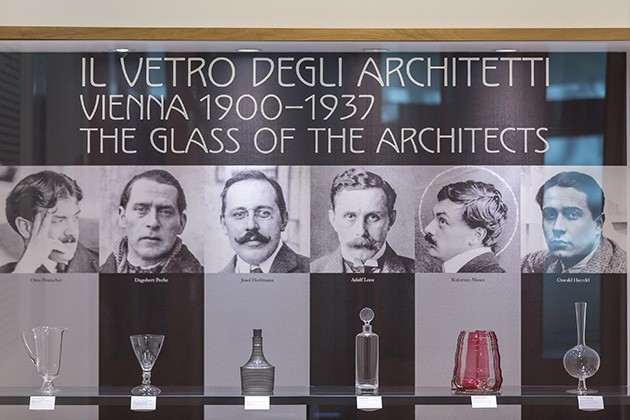 Exhibition
By Invitation of the MAK