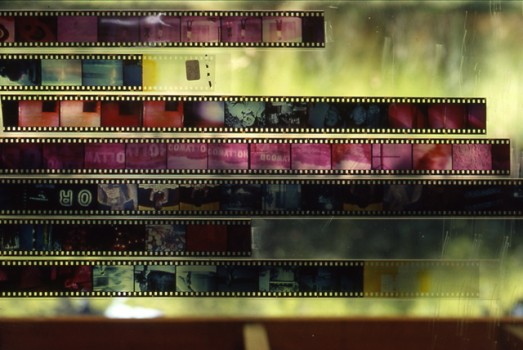 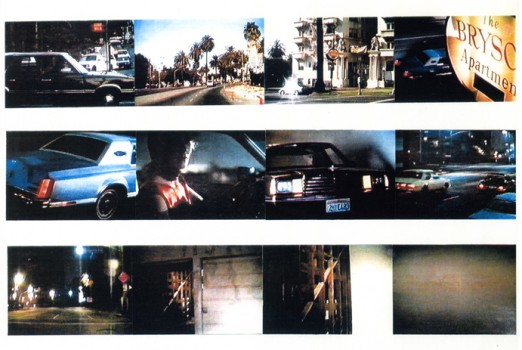 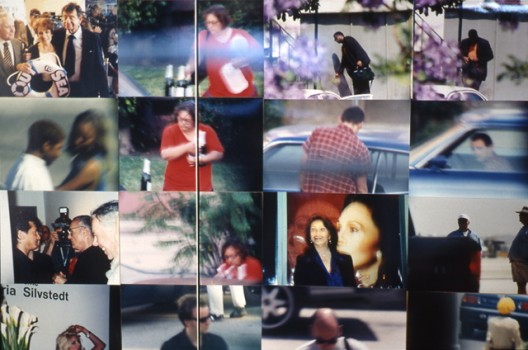 Titled to play off of J.F. Kennedy's famous Cold War quote, the film "Ich bin ein L.A." was the final project of the whole group. In four episodes, the artists reacted to the different possibilities of identification they experienced in Los Angeles. Characteristic locations worked as visual points of transition between the individual sequences. Schlegel/Teckert worked with the already established filmic image of Los Angeles. They readdressed Hollywood movie locations in order to create spatial and temporal relationships that represented their own perceptions of the city. The Schlegel/Teckert episode showed a drive to the urban wastelands of downtown L.A. The drive shifts seamlessly into a sequence from the 1967 film "Point Blank" about a mysterious red package, which has appeared in the previous three segments of "Ich bin ein L.A." In her episode "Cat Walk," Christine Gloggengiesser marked different stations of an odyssey through L.A. Between "Wandering Dr" and "Highlight Pl," the street turns into a catwalk, the city into a set. As a pedestrian—an endangered species—Gloggengiesser experienced distance and marginalization in the automotive city of Los Angeles. Without a vehicle, the body becomes visible and reveals Hollywood's glamorous mystique and concomitant despair. Nicole Six's episode presented the testruns of her specially produced airbags. Partially enveloped in these artificial layers, people moved through city locations such as parking lots and shopping malls, causing immediate changes to their bodies by inflating the airbags, which were defined as shields, as well as catalysts for communication. In their episode, G.R.A.M. tied the great California automobile-driven dream to the road-movie tradition. Their FORD DREAMLOVER 97, repainted like a '60s toy car, was consecrated in the Nevada desert by artist Reverend Ethan Acres from Las Vegas. A spectacular as well as delightful ritual, this performance combined structures of contemporary art with those of religious liturgy. In addition to their work on the film, the residents exhibited work that either related to the film or represented current projects.

Christine Gloggengeisser offered "Makeup Reality," an exhibition of photos that reflected on the glamour and misery of Hollywood.

G.R.A.M. partners Martin Behr and Guenther Holler-Schuster exhibited their "Paparazzi" project. Utilizing the methods of Hollywood paparazzi, G.R.A.M. photographed their neighbors in the course of daily life on the street. The long lenses and quick shooting techniques of paparazzi often yield fuzzy images of interrupted actions, which lend an air of suspense to these photographs. The images seduce the voyeuristic viewer—prepared by the experience of movies and other media—to create stories out of ordinary activities—the "conspiracy" or "drug deal"—that are often more dramatic than reality.

Christof Schlegel and Christian Teckert presented their films "Fleeting Intrusions 1, 2, and 3" on video monitors. These films, with cuts and shifts of camera angle, made the viewer/voyeur/flaneur part of the scene of a Hollywood movie shot in Los Angeles. This strategy was an attempt to regain access to the city and its spaces by blending the actual sites of experience with cinematic locations and allowing the viewer to relate to the layers of time that shaped both the form and the idea of the city.

Nicole Six's "Bag Growing Under: Airbag Testruns 1997" consisted of "airbags" she had designed to be worn by individuals. These airbags functioned as artificial body parts and could be used to express different emotions. The wearers tested the airbags in different Los Angeles locations and documentation of these "testruns" was presented at the MAK Center. 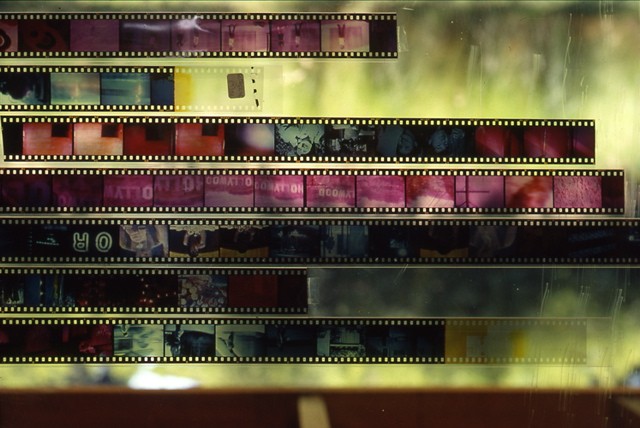 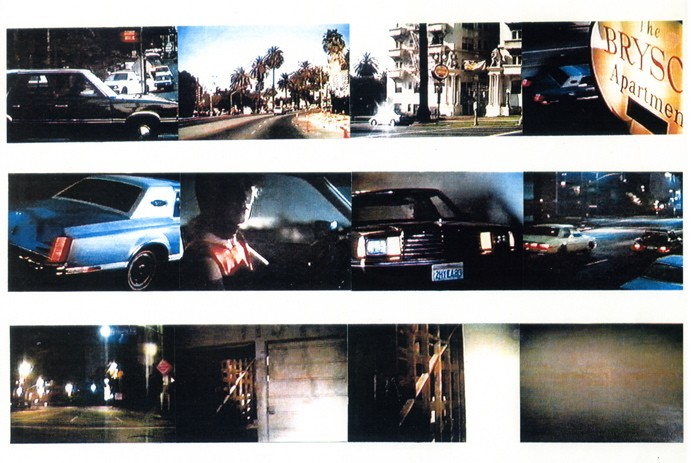 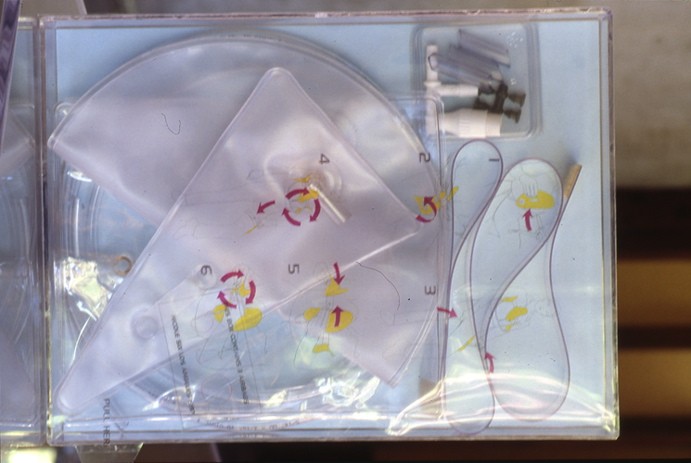