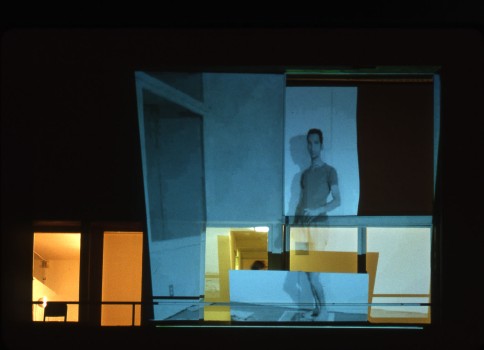 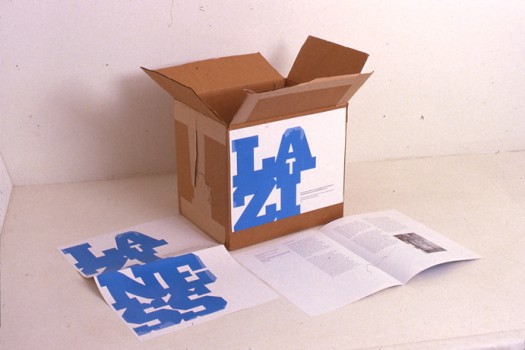 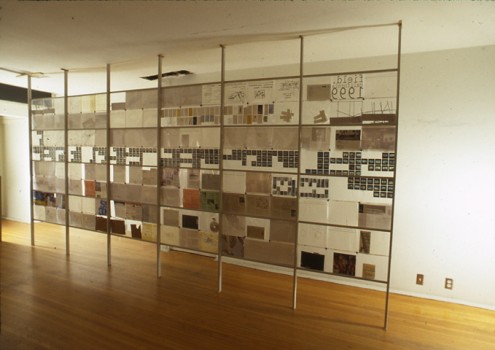 FINAL PROJECTS VIII: SOME THINGS TO BE SEEN OR TAKING PLACE NOT NECESSARILY RELATED TO EACH OTHER

FINAL PROJECTS VIII: SOME THINGS TO BE SEEN OR TAKING PLACE NOT NECESSARILY RELATED TO EACH OTHER

Graphic designer, artist, and filmmaker Judith Ammann presented two projects she completed in Los Angeles, "Typographical Studies" and "Still Lifes." Driving around L.A., Ammann was inspired to take photographs of the lively mixture of signage on the city streets. Rather than present the signs in their entirety, "Typographical Studies" concentrated on the typography itself, layering images in a dense collage. "Still Lifes," a digital video, attempted to capture subtle qualities of perception: how perception changed in the duration of an image; vacancy and density; sound and the absence of sound; vibrating light; and spaces that maintained their own rhythm and pace amidst the noise and congestion of daily traffic. Ammann also screened her 1997 film "Henry Rollins (Sort of), a Portrait 1983-1989."

With his video projection piece "Supernatural (I Never Close)," architect Wolfgang Koelbl (in collaboration with Michael Wildmann) attempted to create a state of permanency for human beings. Inspired by a restaurant sign that reads "we never close," Koelbl eliminated the biological aspects of life to propose a permanent--hence supernatural--existence. Koelbl shot images of himself standing in front of a wall bathed in natural light to document his life span each minute throughout one 24-hour day. The sequence of 1440 frames were accelerated to 12 minutes and the entire clip was looped, which left no visible beginning or end. The video was projected onto the facade of the Mackey Apartments, visible to drivers and passers-by, exposing the permanent, supernatural existence to urban surroundings.

Artist and writer Mathias Poledna presented "Give, Get, Take, and Have," part of an ongoing publishing and research project that engages in localizing and (re)formatting aspects of historical, and contemporary culture. Poledna focused on events, objects, spaces, individuals, or institutions that appeared emblematic to shifts in the cultural fabric. The project attempted to reactivate such material and made it accessible within different contexts. Past areas of Poledna's inquiry focused on alternative culture, including Punk design, 1960s Italian counter-culture, and 1970s alternative architecture. "Give, Get, Take, and Have" was conceived as a small-scale folder, edited, and designed by the artist and freely distributed.

With "field.california.1999," architect Michael Wallraff presented an installation of an open grid of information, a kind of “billboard in the living room.” Rather than producing a new design, Wallraff utilized his residency as a research project, collecting information that fed his future work. Wallraff likened the billboard surface to a charged “skin," the model of an architectural façade and itself a space, both physical and metaphorical. This space consisted of diverse materials and focused on “Houses Without Qualities” – a research project that explored elements which described notions of building and architecture - including landart, industrial housing, event structures, and sustainable communities. The project made this material accessible to the public and served as a fertile field for further transformations and processes. 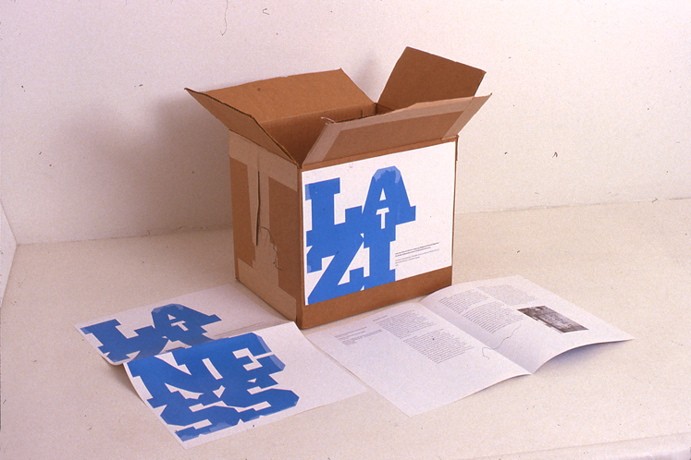 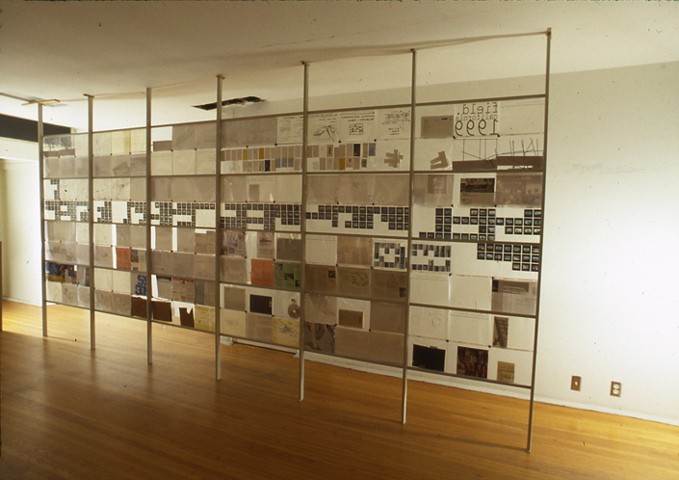