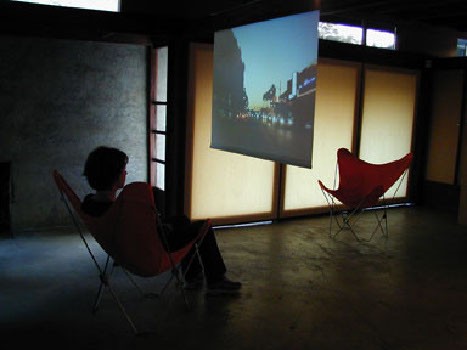 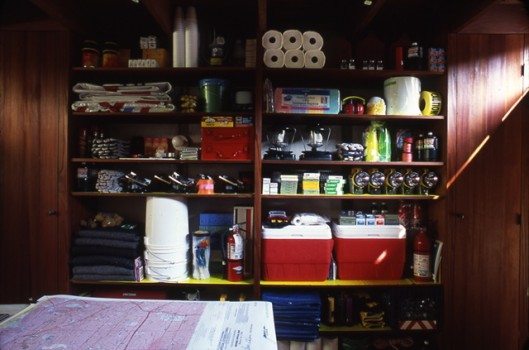 The exhibition offered a multiplicity of viewpoints for regarding the Los Angeles cityscape as seen in the work of David Hullfish Bailey, Kaucyila Brooke, Robbert Flick, Barbara Kaucky, Richard Sparham and Elizabeth Hesik, Dorit Margreiter, Florian Pumhösl and Martha Stutteregger, and Michael Wildmann. Just as each individual’s perspective is unique and no single outlook tells the whole story, the exhibition title, 20/35 Vision—the average of each contributor’s eyesight—represented the un-ideal vision of any singular view of the city.

Barbara Kaucky, Richard Sparham, and Elizabeth Hesik presented an installation with videos that documented their survey in planned communities in Southern California. The artists focused on Ladera Ranch in Orange County, Slab City near the Salton Sea, and Valencia in the Santa Clarita Valley. This architectural and anthropological investigation was documented in the form of travelogues, videos of installations created at the sites, and, eventually, a book.

Employing video, photography, and narrative panels in "I Like L.A. and L.A. Too," Dorit Margreiter explored the concept of "home" and conditions for "ideal living." The project title refered to a New York Times article entitled "I Like New York and L.A. Too," which described the complex and layered ambivalence that underlies the city structure and popular notions about Los Angeles. Margreiter explored various concepts of the "ideal" life stemming from different historical and personal perspectives, including those developed by architects, urban planners, filmmakers, critics, and theorists.

Martha Stutteregger and Florian Pumhösl devoted their time in Los Angeles to researching the modern aesthetic vocabulary of sacred spaces, from storefront churches to temples and shrines. Considering the spiritual and communal functions of a church, the architectural prerequisites of Modernism and the patterns of social life in Los Angeles in their installation, the artists transformed the storage room into a sacred space.

With his video installation "Stop and Go," Michael Wildmann approached the city as a biological organism, viewing traffic corridors as veins for life in motion. Typical urban structures and suburban sprawl were recorded from different views and at a variety of speeds. The "genetics" of settlements were analyzed, reproduced, and newly assembled as Wildmann searched for the DNA that grew a perfect city. The installation experimented with these idealized pictures of urban spaces and the psychic reactions they engender. 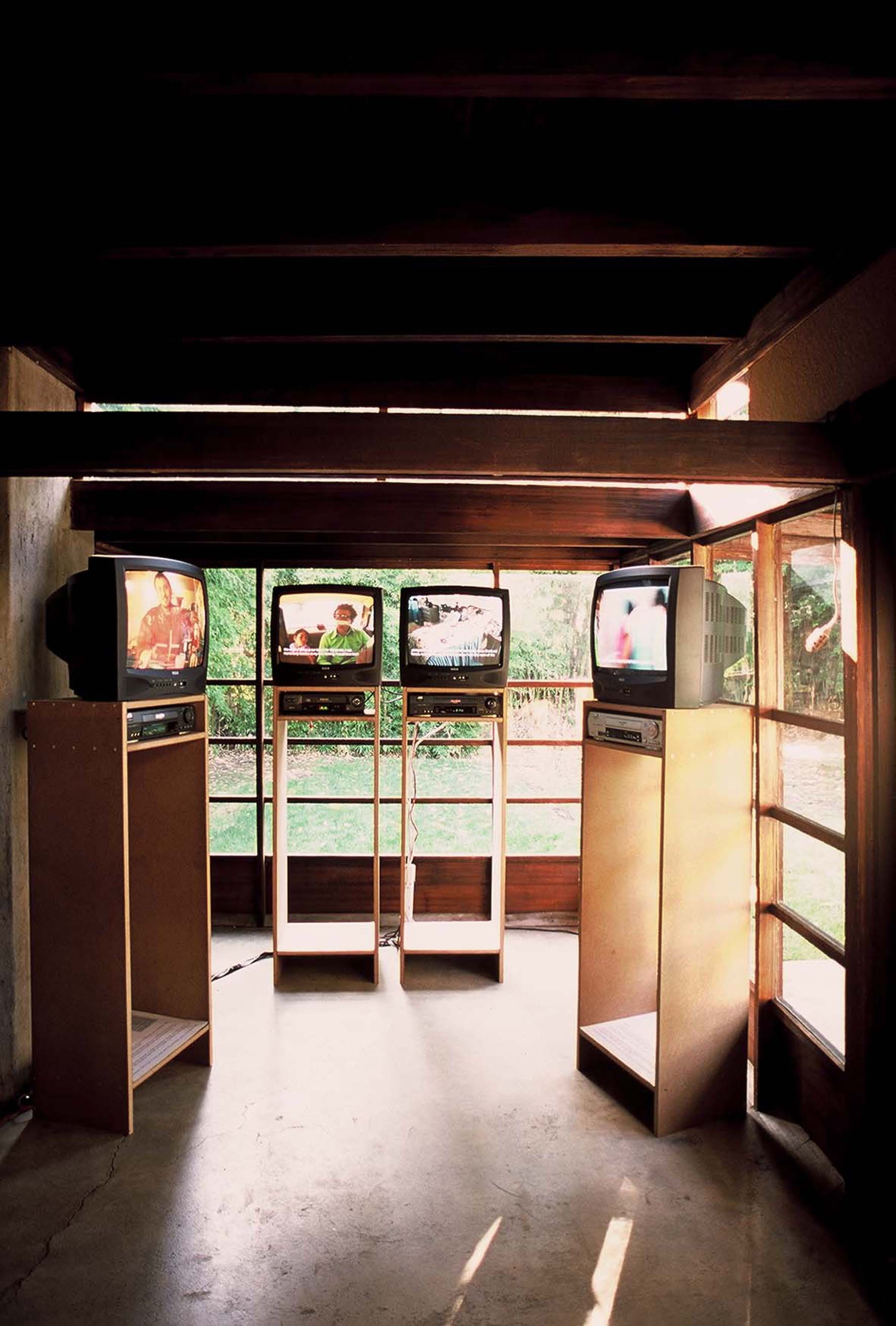 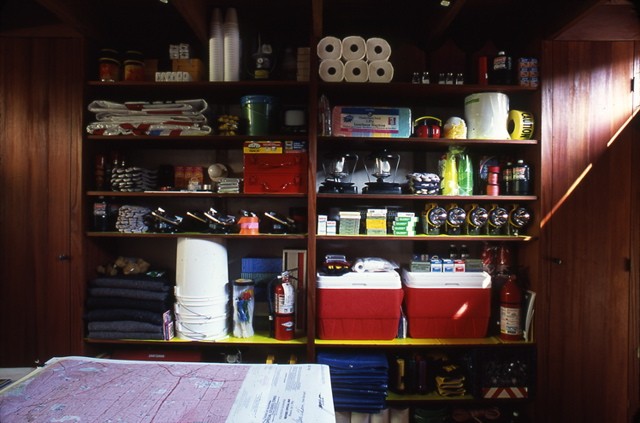