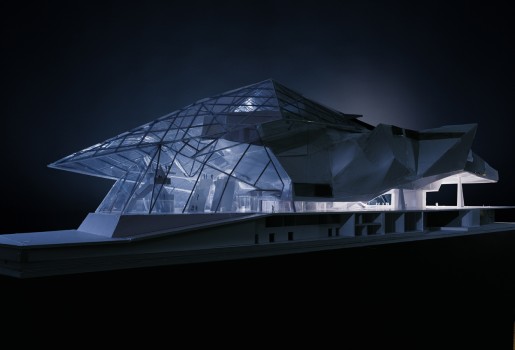 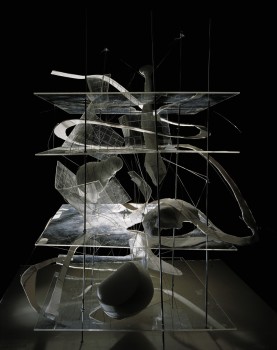 The exhibition documents the long-term collaboration of the internationally acclaimed photographer Gerald Zugmann with the renowned architects. It visualizes the biographical data of numerous models in different experimental stages as well as the architectural vita of COOP HIMMELB(L)AU. The models rather constitute a manifestation of "materialized thinking" than approaches adapted to the reality of conventional, built architecture.

BLUE UNIVERSE presents their thinking and working process through photographs of 30 projects, as well as four original architectural models. The evolution of COOP HIMMELB(L)AU forms may be traced through images of models in different experimental stages, while the actual models serve to point up the artistry that Zugmann contributes to the image-making process.

With his precise and individual visual language Gerald Zugmann has established an entirely new generation of architectural photography. His photographs do not regard architecture in its functional capacity. Instead, he searches for the perspective that reveals the essence of a project. Using lighting and focusing on salient details, he "materializes" the idea of architecture in dramatic images that have been likened to still lives.

architecture in the box. Photographs