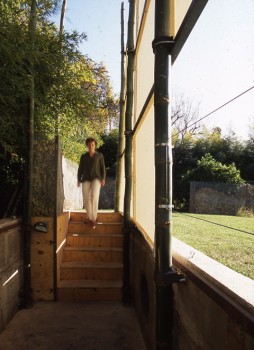 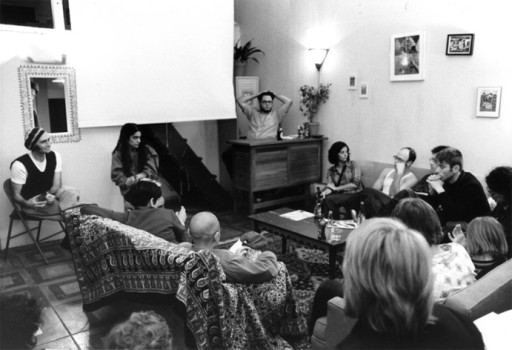 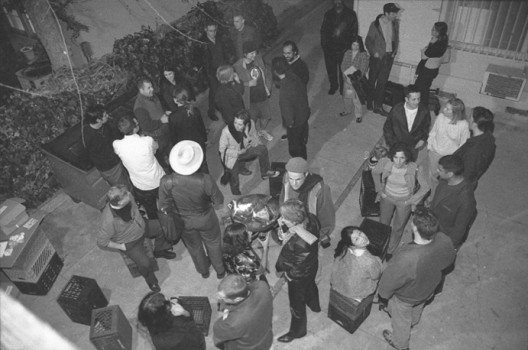 Mauricio Duk, from Mexico, presented "The Un_Invited," a structure designed as a temporary extension of the Schindler House through the continuation of “frames and spaces” derived from the original scheme for the house. Building upon the "ruins" of a former Martin Kippenberger installation—a subway shaft from the artist’s "Metro-Net" series—a fifteen-foot bamboo and canvas tower arrived without invitation. The tower was linked to the Schindler House by an artificial green wall that formed a new patio through a continuous "folding" of the existing courtyards. Inspired by concepts of defragmentation and reinterpretation both philosophically and architecturally, Duk made the viewer aware of the shift from the intimacy of the horizontal-private scheme to the exposed vertical-public one whose exterior elicited a response to Hollywood’s estrangement. Dualism was invoked by a semi-buried chamber for meditation in the interior and a showcase to screen images of the former inhabitant’s life and metaphors of the "unhomely" in the exterior. It was a place where Schindler shook hands with Sigmund Freud, Ludwig, Wittgenstein, and Arnold Schoenberg.

Established on October 1, 2001 and running until February 28, 2002, “Lobby in Rear” was a project by Richard Hoeck in collaboration with Agency (Kobe Matthys). Much of the discourse about architecture today addresses the initial plan and design and emphasizes the intentions and ideas of the architect. The activities at “Lobby in Rear” sought to counter this by focusing on how an environment was used after the realization of an architect’s plan. Thus, the garage behind the Mackey Apartments was turned into a “lobby” for activities focusing on the uses of architecture and urbanism. Lobbies are usually related to sites like train stations, airports, hotels, office buildings, or large apartment buildings, rather than houses. Furthermore, lobbies are designed for clinically clean display, assignments, information, and retail. They also, however, often serve as temporary shelters and as space for social encounters. In the weeks leading up to the exhibition, the Mackey garage “lobby” was the site for such events as: A birthday party; garage sale and barbecue; lecture by architect Marie-Paul MacDonald on rock-and-roll spaces; lecture by homeless activist Ted Hayes; documentary screening on the game of cricket as it was played on the Trobriand Islands; video screenings by artists Raymond Pettibon and Bruce Yonemoto; live concerts by Strange World Carnival and Rebel Rebel; screening of political films that paralleled the demonstrations at the European Summit in Brussels; a fund-raiser for Zapatista party projects in Mexico; screening of Ed Ruscha’s 1975 film Miracle; and electronic sounds from La Paz, a hip-hop collective, and m.signe of NY-based Soundlab, which were broadcast live through the Mountain Radio Project.

In his project, "Some Ideas for an Anarchist/Zapatista Urbanism," Spanish-born Jose Pérez de Lama conducted research into the new ways of being in space and time that he perceived were taking place in Los Angeles. He presented his project in two formats — video and a web site: http://home.earthlink.net/~osfavela2002. Approaching Los Angeles as a "post-metropolis“ urban laboratory, global, digital, and multi-cultural in aspect, Pérez de Lama utilized his web site to present a rhizome of interconnected writings, images, and maps. Among his texts were an exchange of e-mails about Los Angeles, an essay entitled "Los Angeles, Sunshine or Cyberpunk?," which discusses ambivalent perceptions of the city, and "From the Rear Mirror," a discussion of cultural-urban critiques, by critics such as Reyner Banham, Mike Davis, Norman Klein, and Edward Soja. Other essays considered architectural innovation in Los Angeles, spatial issues in films about the city, "cyberpunk“ fiction by author William Gibson, and an exploration of “Anarchist Geographies,” a concept based on the protests during the 2000 Democratic National Convention. Pérez de Lama also screened his video The E.Z.L.A. Takes Rudolf Schindler’s Kings Road, or Whatever Happened to Rudi’s Promise for America? produced by El Retorno de la Columna Durito (Jose Vergara and J. Pérez de Lama, 2002). 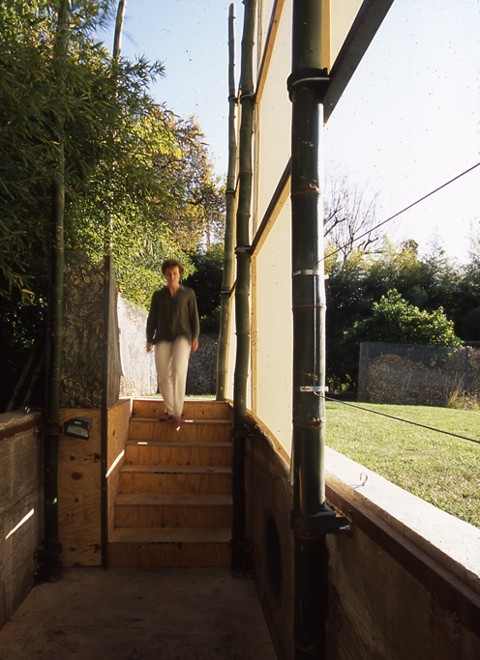 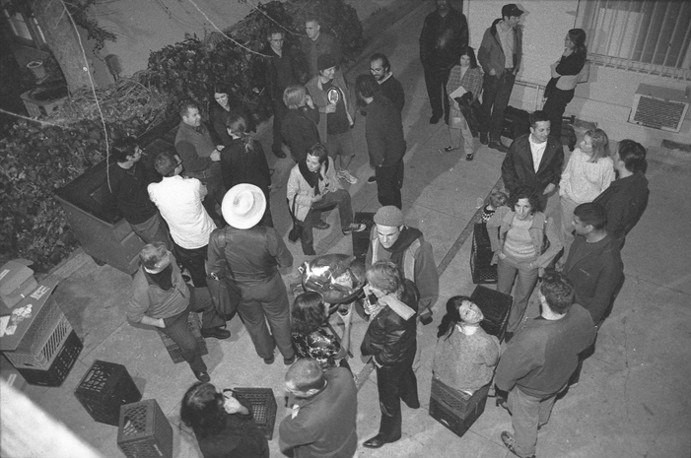