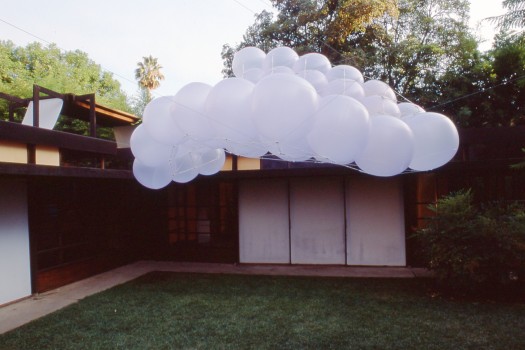 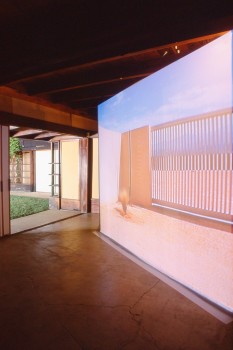 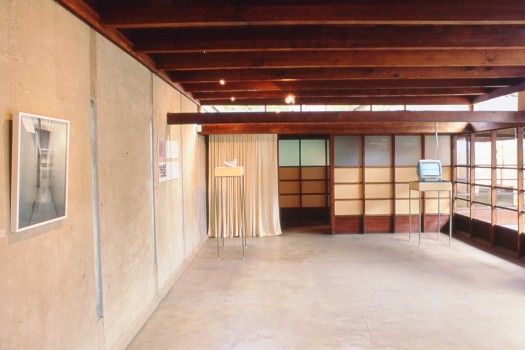 Luisa Lambri’s photographs explored her subjective experience of built space. Selecting modernist subjects, Lambri worked with the architecture of Louis Kahn, Alvar Aalto, and Mies van der Rohe, among others. At the Schindler House, she presented a photographic survey of works by R.M. Schindler and Richard Neutra in which she sought to document not the architectural object, but rather, a sense of place. Focusing on the details of a building, she pictureed corridors, stairwells, and textures. Ultimately, Lambri’s physical document was an inversion of the traditional photograph—what was being captured was not the exterior space on the other side of the lens, but rather the interior experience of the photographer. Lambri’s images were, in a sense, self-portraiture.

Artist Karina Nimmerfall engaged questions of mediation and manipulation through a sculptural installation on the grounds of the Schindler House. Through a series of projections onto the skin of her built structure, the work sought to confound questions of perspective. Using footage shot at Albert Frey's Tramway Station in Palm Springs, the work created a feeling of dissonance in the viewer that spoke to how built space is mediated by filmic reality, even as it confirmed the primary importance of the viewers’ perspective by breaking with ideas of illusionary pictorial space.

"Missing Room," a temporary room addition to the penthouse of the Mackey Apartments by Lorenzo Rocha Cito, explored transparency in the relationship of public to private space. As with "Desert Cloud," the project of Bernhard Sommer, "Missing Room" was a denial of the stability and permanence that architecture usually seeks. By creating a public platform for private activity, Rocha involved the building’s neighbors as they became active witnesses to and participants in the interactions of the temporary enclosure. Artist Selva Barni’s contribution of a documentation of a fictitious missing person created a residue in the space that suggested a prior habitation that had been disrupted or partially erased. "Missing Room" was represented at the Schindler House with documentation materials and was available for viewing at the Mackey Apartments from September 18 through September 29.

Architect Bernhard Sommer had been working since 1999 on his “Transformer” series, an attempt to make real the promise of a “fluid” architecture. Sommer approached the problem literally, devising computer-generated systems that could generate a diversity of shapes from a single construction. With "Desert Cloud: Transformer 3," he presented a model for an architecture “light and changeable as clouds.” Installed near one of the sleeping baskets on the Schindler House roof, the model existed simultaneously as a rendering of its construction technique and as a sculptural object. Inspired by Southern California topography, the work tethered together several balloon-like units with ropes that might be adjusted to create innumerable forms, according to the desires of the user. 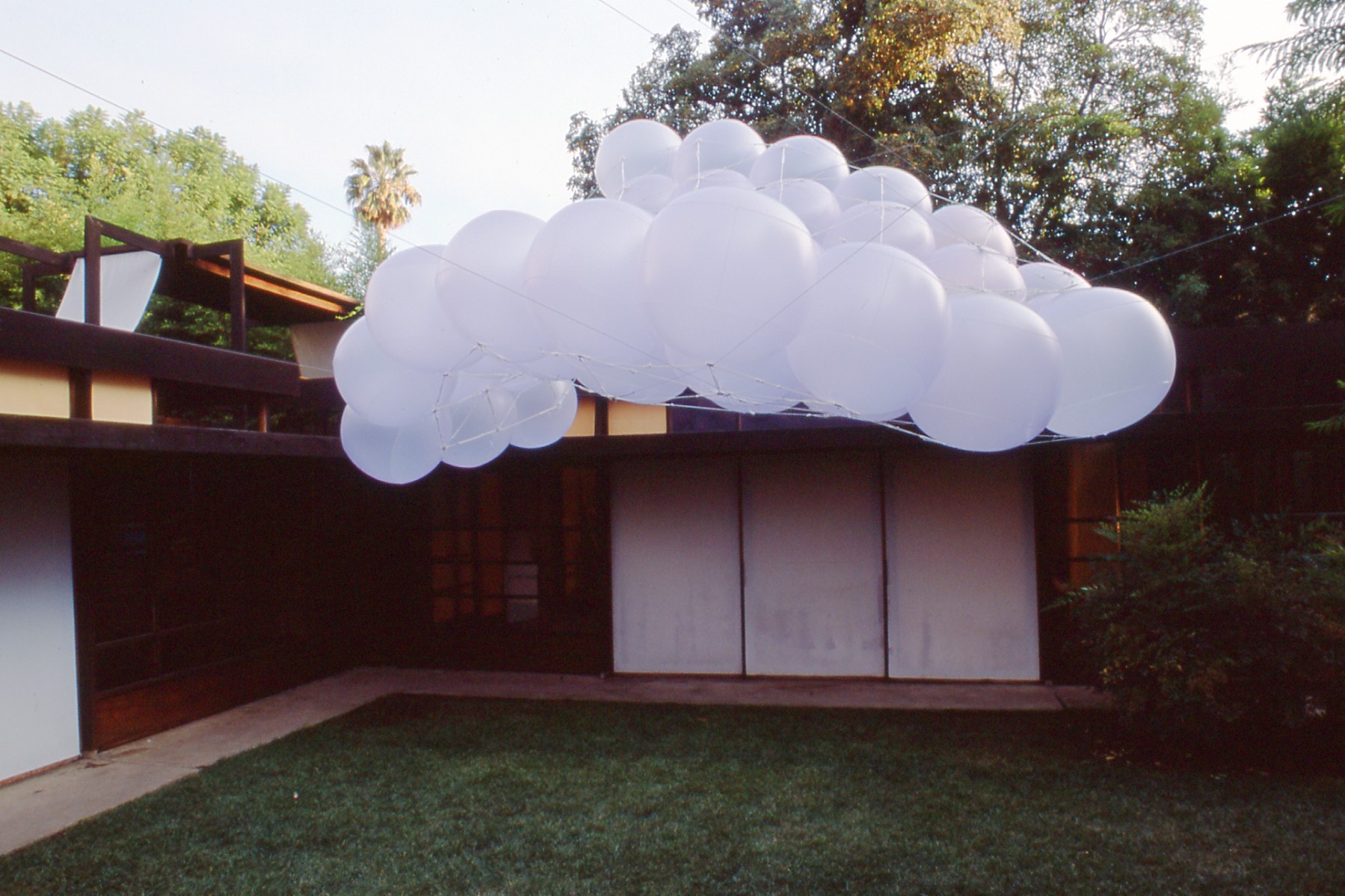 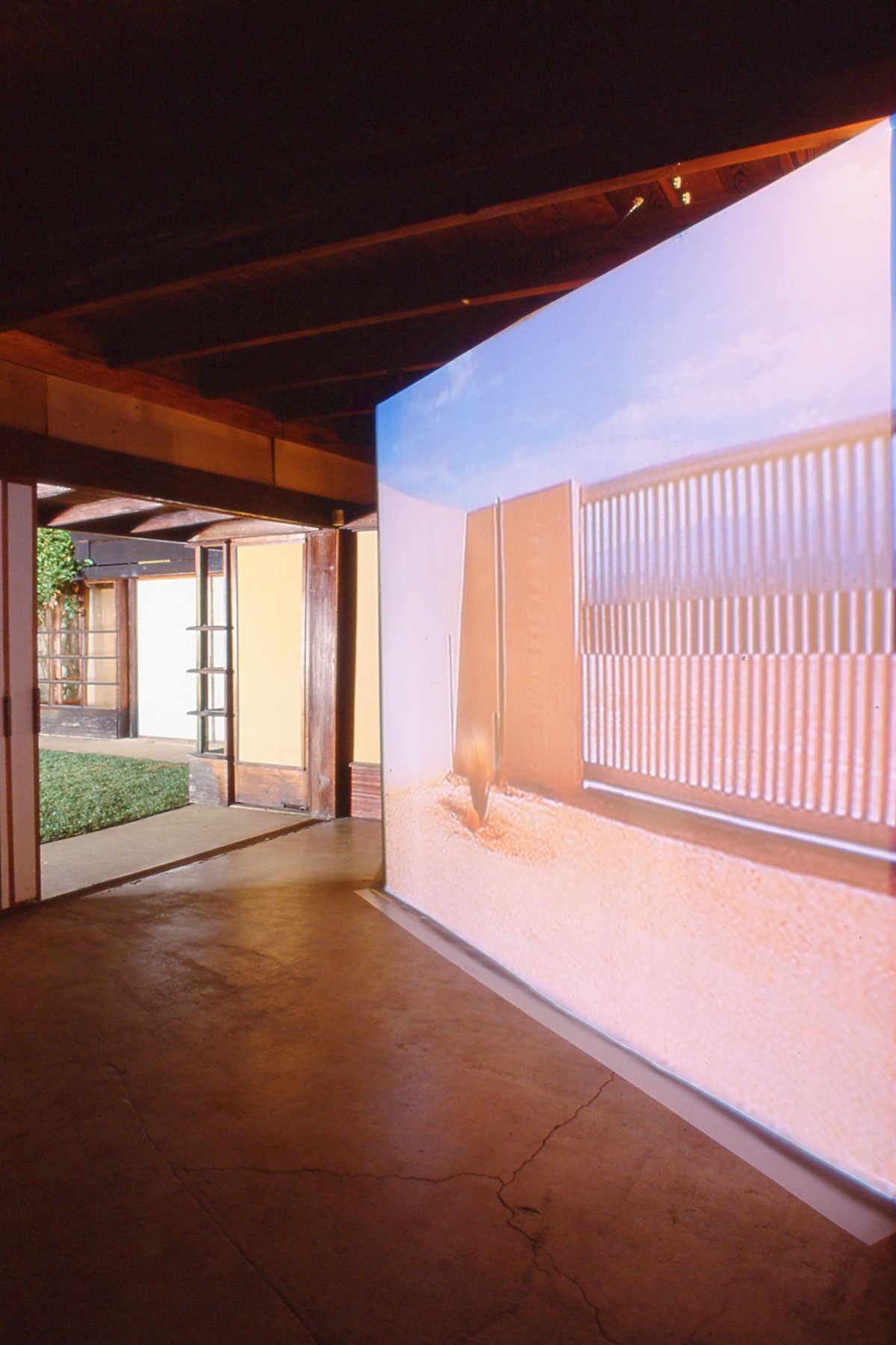 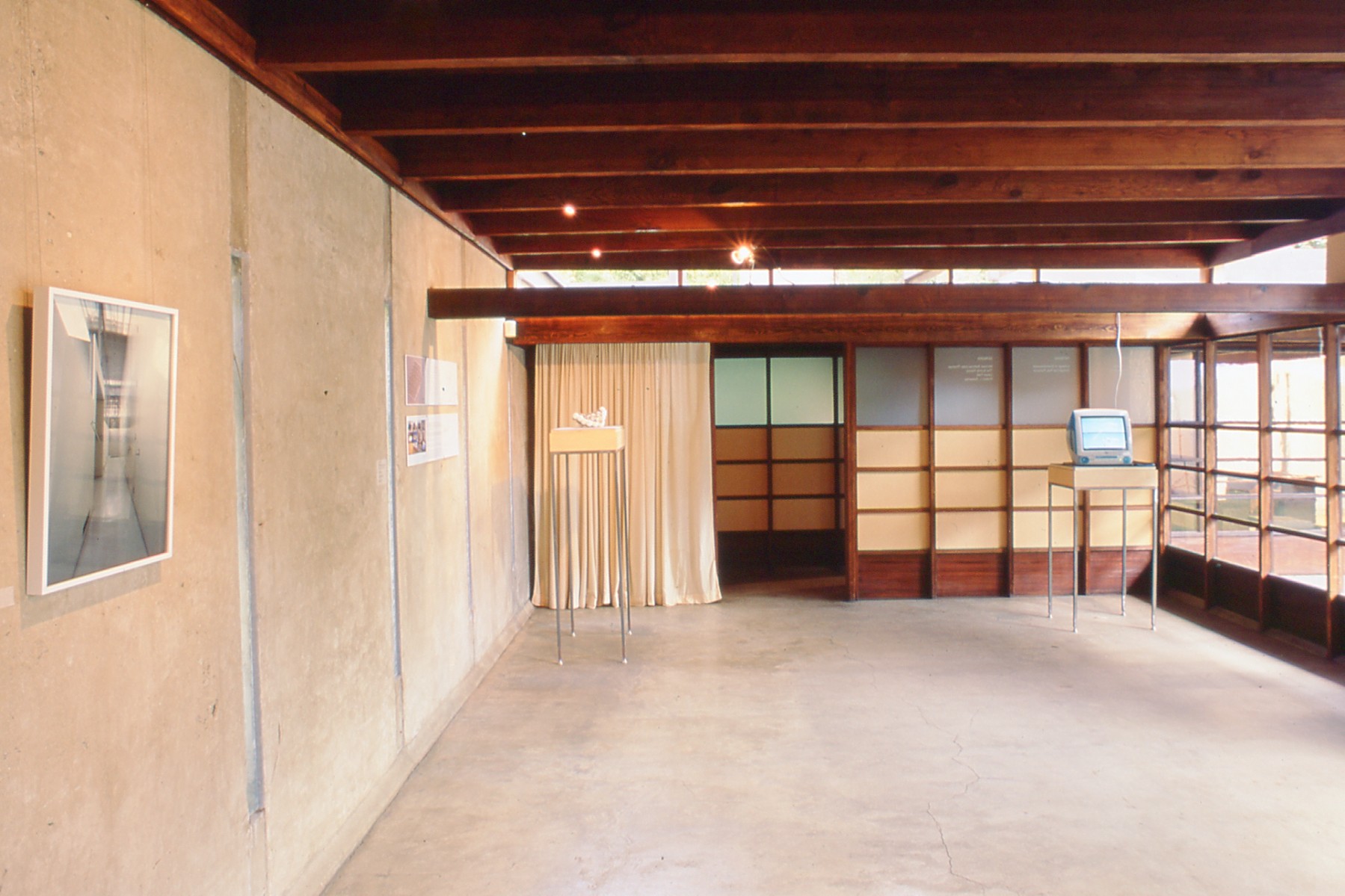