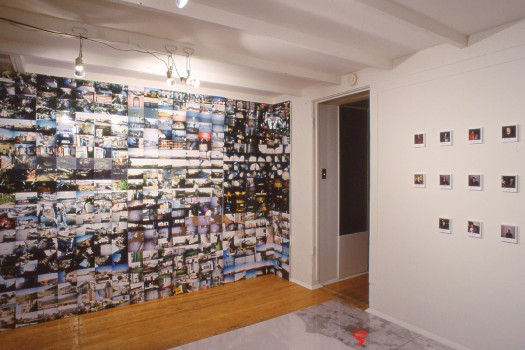 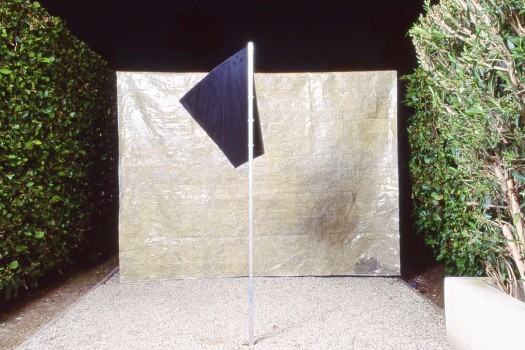 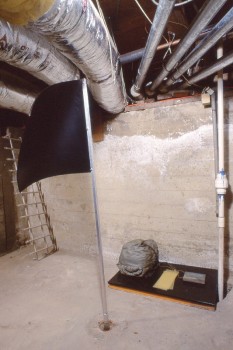 Architects Thomas Gombotz and Antonietta Putzu developed very different projects from a shared methodology. Together they created an “L.A. Kit” to assist local residents in documenting favorite spots in Los Angeles through text and photography. Supplied with disposable cameras and questionaires, the responses by the participants enabled the visiting architects to create an archive of private sites throughout the city which contrasted with the usual tourist highlights. While both architects distributed kits to 50 Angelenos, their subsequent work yielded divergent results. Putzu emphasized her interest in seeing the city beyond the usual Hollywood façade and a desire to decodify the generally abstract language of maps. She displayed the more subjective L.A. revealed through the kits in an installation which focused on a large map on the floor with models at several of the sites. Visitors were able to physically traverse this map of the city, interacting with landmarks whose significance is personal rather than civic or historic. Gombotz’s project displayed his avid interest in documenting information. The randomly-selected participants he solicited were intended to comprise a mix of social classes, ages, and professions. To assure that he cut through preconceived categories of urban conditions, Gombotz travelled through the city in a variety of ways, observing different patterns of use and experiencing unknown territories. He referred to the public and private sites selected as “city fragments,” which he reassembled and systematically represented as data.

Artist Pia Roenicke collaborated with Los Angeles-based artist Michael Baers in a research project that examined the central role of housing on the development of L.A. The artists interviewed six Los Angeles architect/planners in a video studio, allowing the interviewees to respond to a series of slides depicting local housing typologies. With the interviewee controlling the slide projector remote and questions interposed only as needed, the interviews were quite revealing of each architect’s distinct relationship to the city, as well as to the practices of architecture and urban planning. Presented as a two-video installation, one video showed the interview subject and a corresponding tape depicted the progression of the slides as they were manipulated by the interviewee.

Artist Una Szeeman used her time in Los Angeles to develop a film project called Montewood Hollyverita, which transposed the story of the Swiss utopian community with the celebrity mythology of Hollywood. Just as Hollywood represented a certain kind of dreamworld, Monte Verità, the "mountain of truth“, was founded in the early 1900s by reformers, vegetarians, writers, musicians, dancers, revolutionaries, psychoanalysts, architects, theosophists, and anarchists—people who wanted to make the world a better place. Shot in digital video, the film took place in present time and used art stars, including Eva and Adele, Jason Rhoades, Paul McCarthy, and Hans Weigand, among others, to recreate various characters from the Swiss community. Szeeman presented movie posters, a trailer, photographs, scale models, and sets at the Mackey Apartments.

In his project at the Mackey Apartments, artist Zlatan Vukosavljevic contrasted two building typologies from the same era: R.M. Schindler’s sleek, transparent Modernism as evidenced in the Mackey Apartments (1939-40) and militaristic structures from World War II. Creating an observation tower on the Mackey roof terrace and bunker-like sculptures in one of the apartments, the artist explored the logistics of architectural intervention and its representation. The military bunkers of the 1940s were instruments of control; their counterpart dummy bunkers were used for deceit and propaganda. These imposing functions were echoed when the structures were illuminated on the night of the opening by an LAPD helicopter doing a “fly by.” 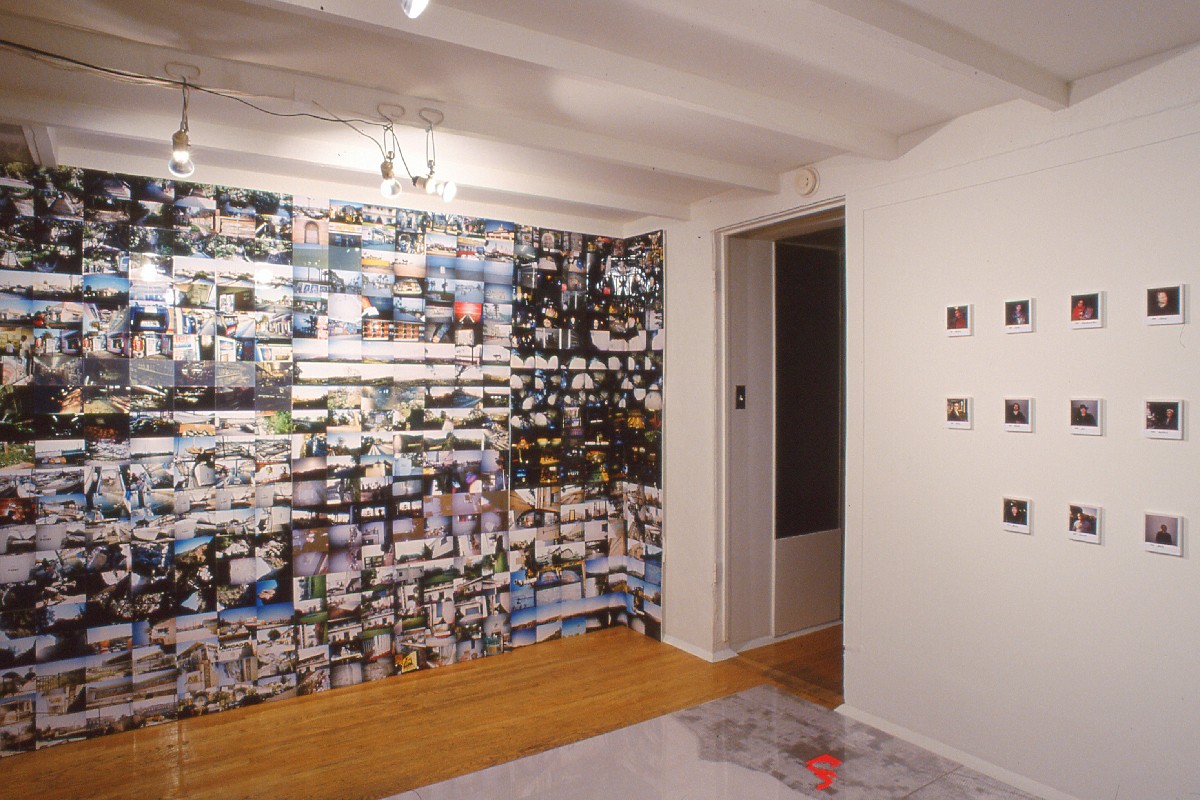 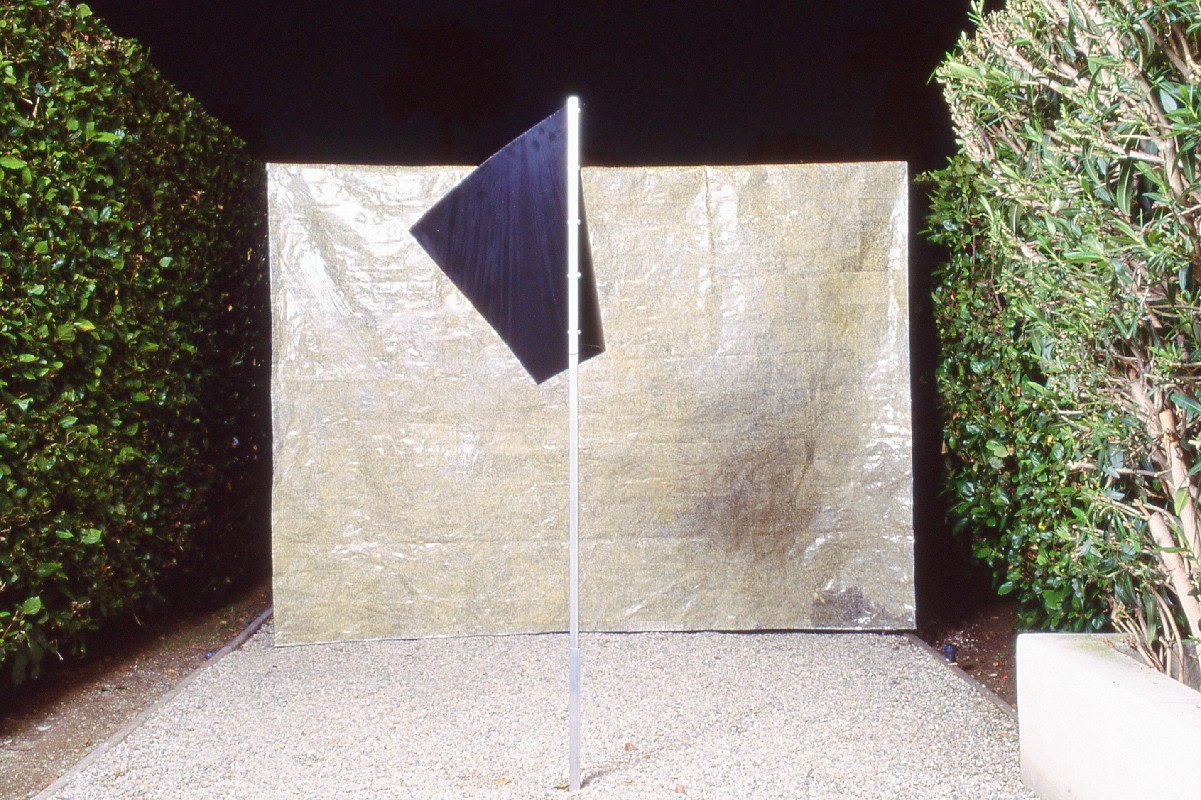 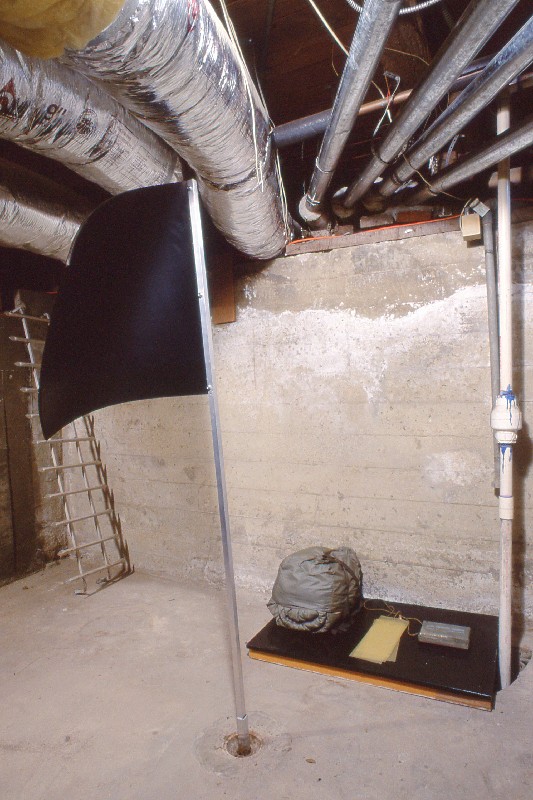