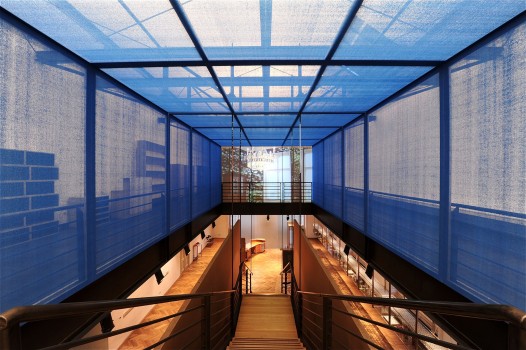 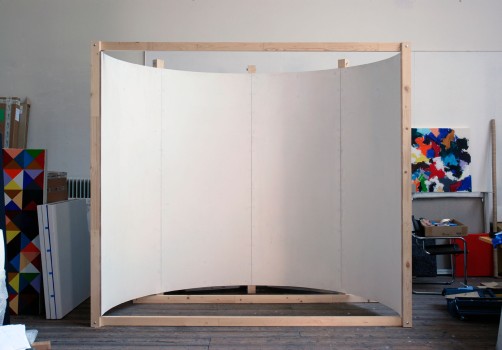 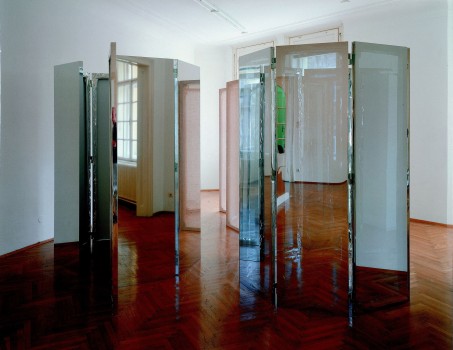 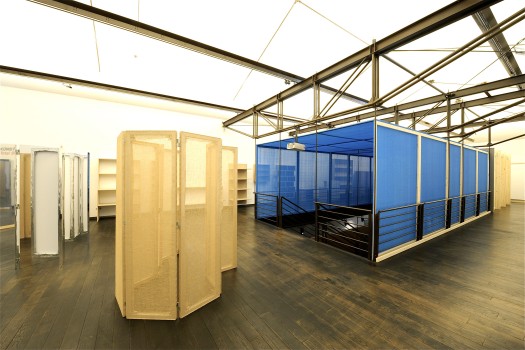 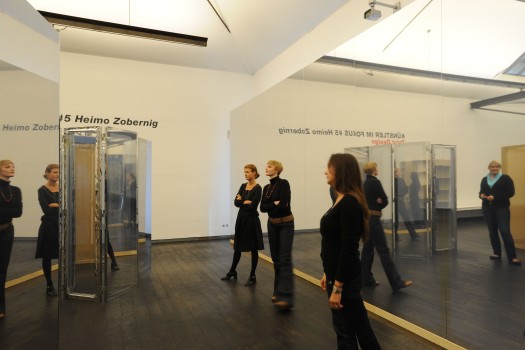 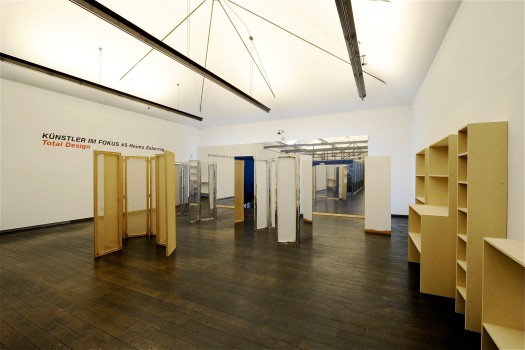 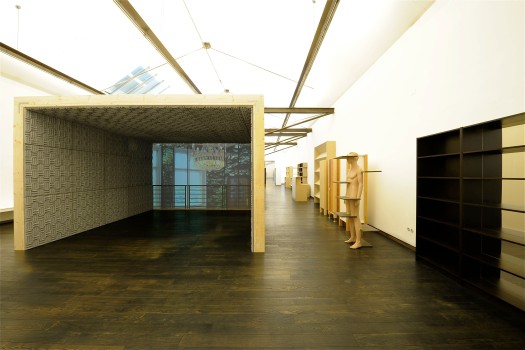 Heimo Zobernig has been a key player in the Austrian art scene since the 1980s. His oeuvre, which began with works for the theater, maneuvers the interface of concept and artifact, model and architecture, material and form, role and film, sign and text. From a calculated, ironic distance, he investigates handed down systems and norms, particularly, art’s framework conditions. A compilation of his work groups positioned on the border of sculpture, space, architecture, and design will be shown under the title “TOTAL DESIGN” as part of the MAK exhibition series “ARTISTS IN FOCUS.”

For his presentation in the MAK Contemporary Art Collection, Zobernig grapples with specific conditions of the exhibition space and develops a “transitory” installation. A tunnel that the beholder accesses at the moment of movement serves, at the same time, as a cinema space. On screen is “Video Nr. 17” (1998), recorded during the opening of the group exhibition “Sharawadgi” in the Felsenvilla in Baden. In keeping with the technique of the blue box, which corresponds here with the space’s cover, a room is wallpapered with blue photo board adding another level of image. Zobernig thereby integrates the tour of the exhibition that is shown in the film into the current show, thus interweaving the space of the installation with the local and discursive contexts.

Zobernig’s works are titled “untitled,” leaving open the meaning and interpretation of the objects in question. The artist’s examination of modular elements is also evident in the use of materials, such as press board or cardboard and industrially produced objects. Zobernig reduces his objects purely formally, through analytical investigation, to only those features necessary for them to function. The results are controversial border crossings and “short circuits” that become manifest in an emphatically reduced formal aesthetic language evocative of minimal art and concept art of the 1960s.

A chronological arrangement of “shelves,” which have been created since the late 1980s and present a self-contained work group in the MAK exhibition, reflect the artist’s programmatic indifference with regard to the switching of paradigms between applied and fine arts— an approach that differentiates him from Donald Judd, one of the most important representatives of minimalist art, who defines the object as art or design object based on its function.

A further series of works presented here deal with the mechanisms of perception. Through sounding out the depths of the exhibition space, Zobernig creates a temporary installation that arises from the combination of two works and generates a labyrinthine space: the ensemble “untitled” (1998) comprises three dividing walls, which together with the mirror-covered wall element “untitled” (1999) involve the beholder in the showpiece. The idea of the panorama, on the contrary, is revealed in a work “untitled” (2008), which refers to an architectural set piece or prop.

One entrance to the current exhibition “TOTAL DESIGN” leads through the MAK Permanent Collection Wiener Werkstätte, which Zobernig designed as part of an artistic intervention in 1993 in line with the MAK’s experimental approach of linking fine arts and architecture. One object of the presentation conceived by Zobernig for the permanent collection is found again in the work “untitled” (2003) in the exhibition “TOTAL DESIGN” and thus builds an ideal connection to the MAK’s collection of applied arts. The ensemble shows three replicas of a cabinet based on a model by Koloman Moser (1904) for the Sanatorium Purkersdorf, developed for the show “Josef Hoffmann und die Wiener Werkstätte” at the Kunsthaus Zug, Switzerland (2003). Zobernig produced one of these replicas himself, and had the other two made by two inmates and the master carpenter at the cantonal prison in Glarus, thus giving rise to an artistic interpretation with multiple authorship—a connecting factor that is also important in the work “untitled” (2008). In this piece, Zobernig produces a narrative gesture to a work by Franz West, with whom he has worked together in cooperative art productions and several group exhibitions. Here, Zobernig declares a podium designed by West for the presentation of chairs in the previous exhibition “Franz West. SIT ON MY CHAIR, LAY ON MY BED. Applied Arts” in the MAK Contemporary Art Collection to be an art object.

Condensing in the MAK exhibition “TOTAL DESIGN,” are a number of different frameworks and references, which on the one hand imply an idea of the “museum-like,” and on the other hand, are a contrast to Zobernig’s usual reduction of elements. In this way, the artist achieves an interplay of imaginary resonant spaces that correspond directly with singular objects, work groups, and spatial interventions that function as transporters of the discourse he provokes. 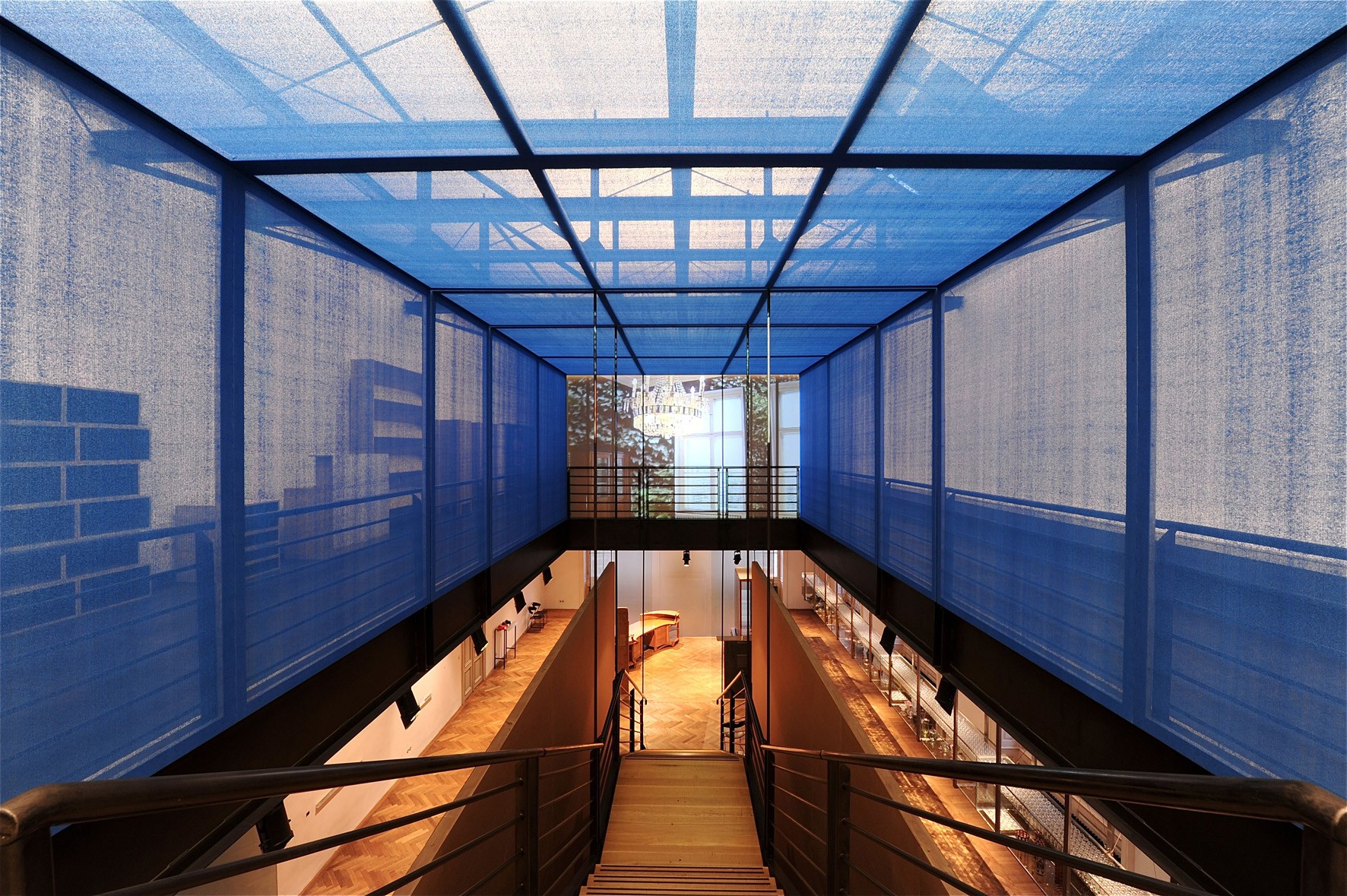 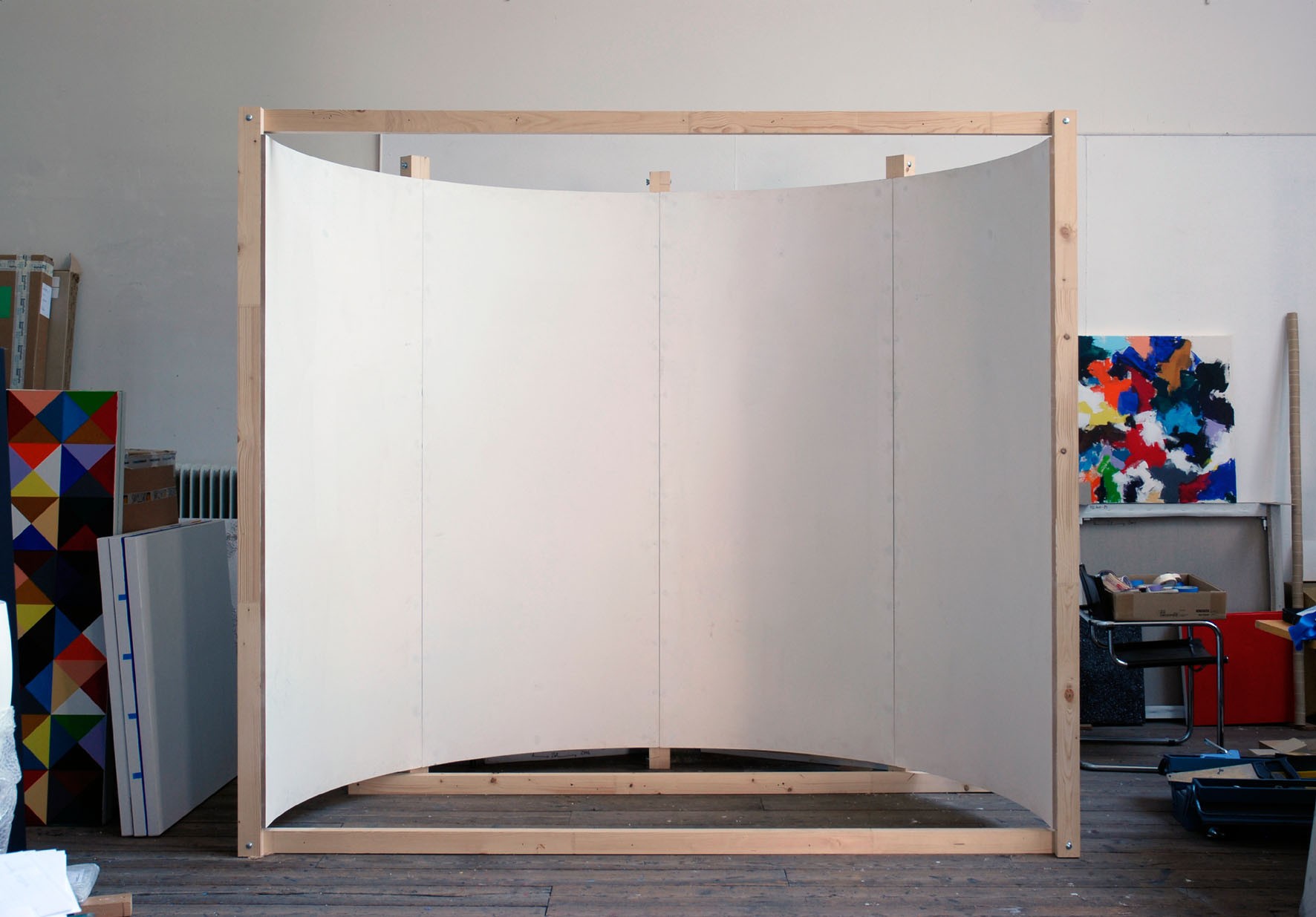 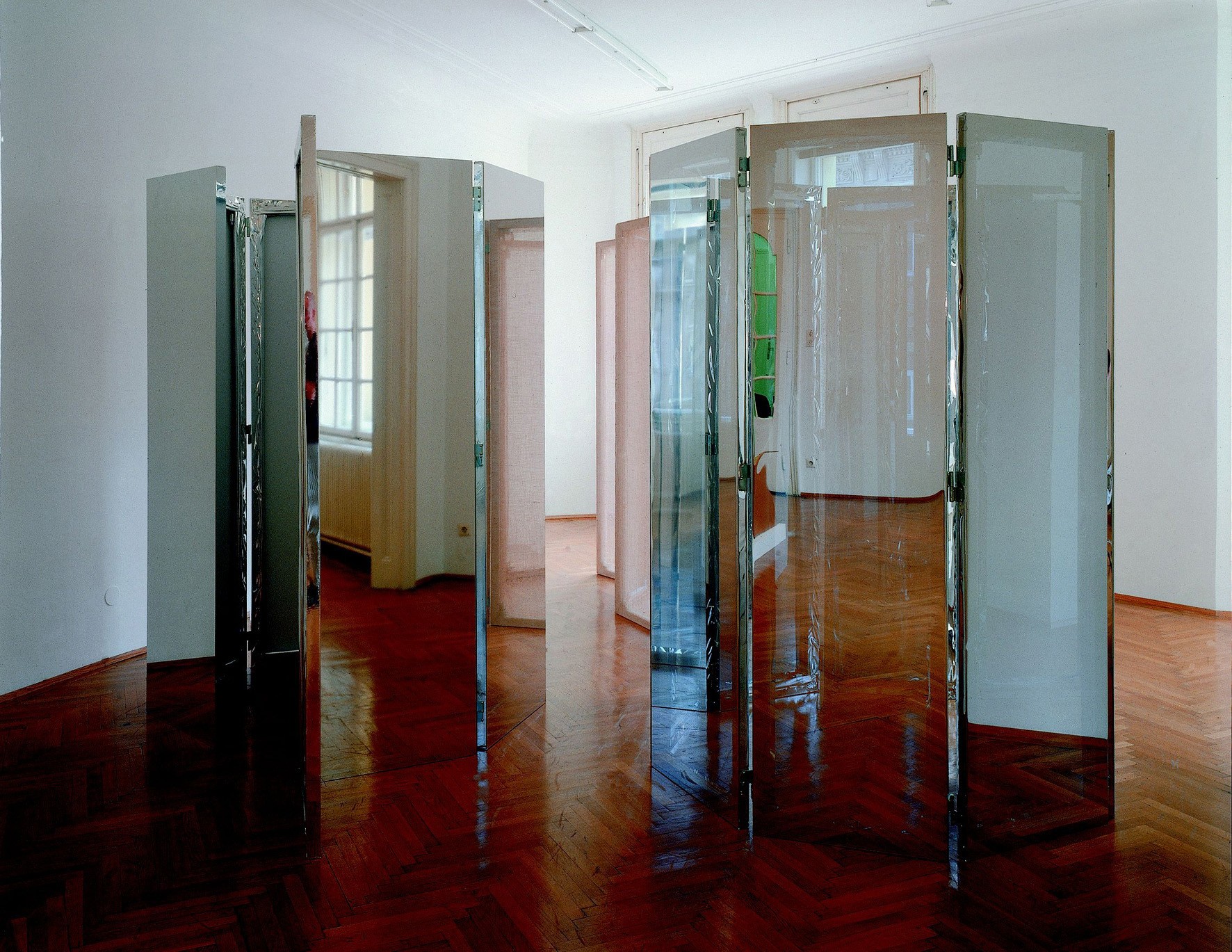 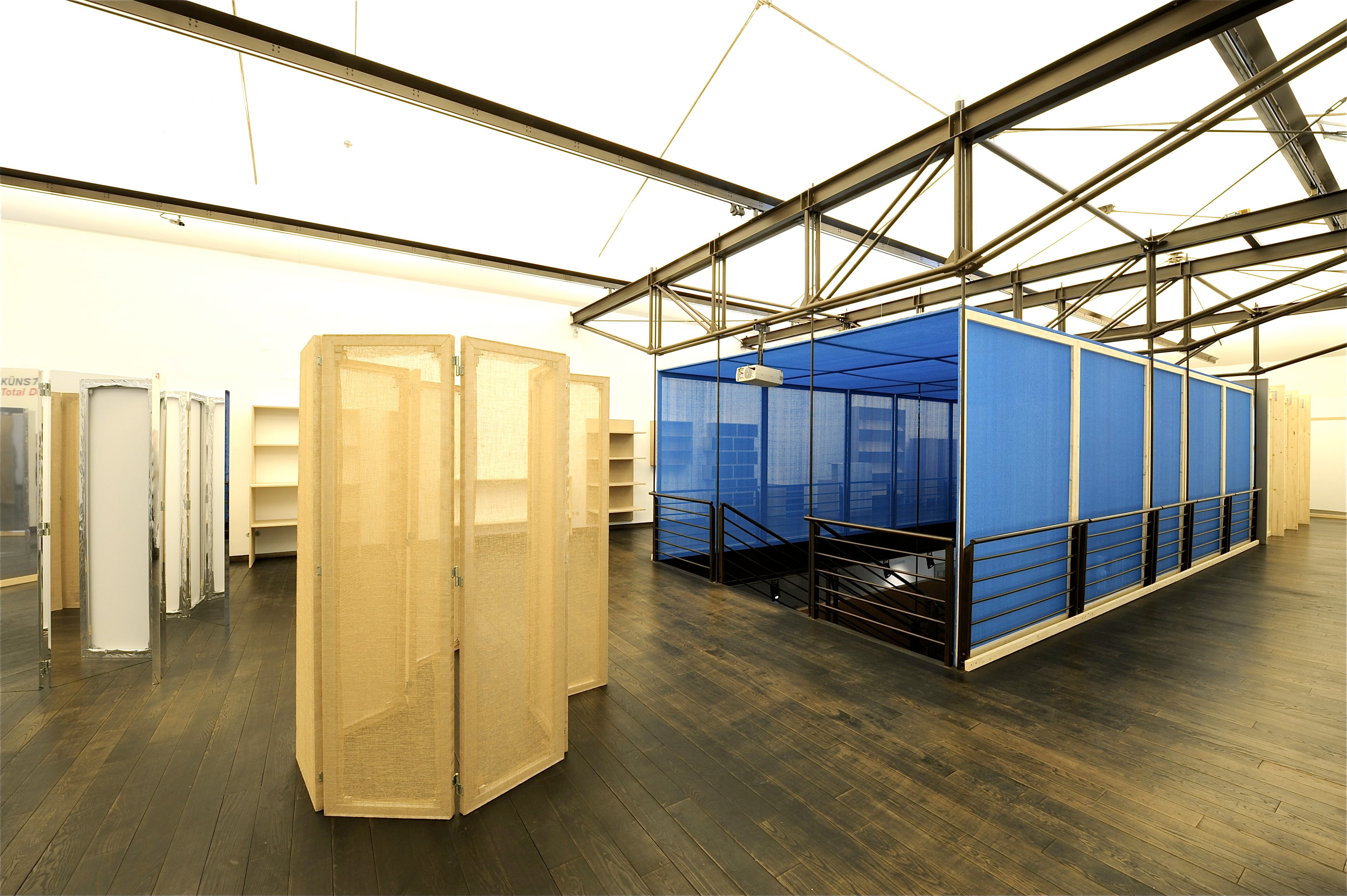 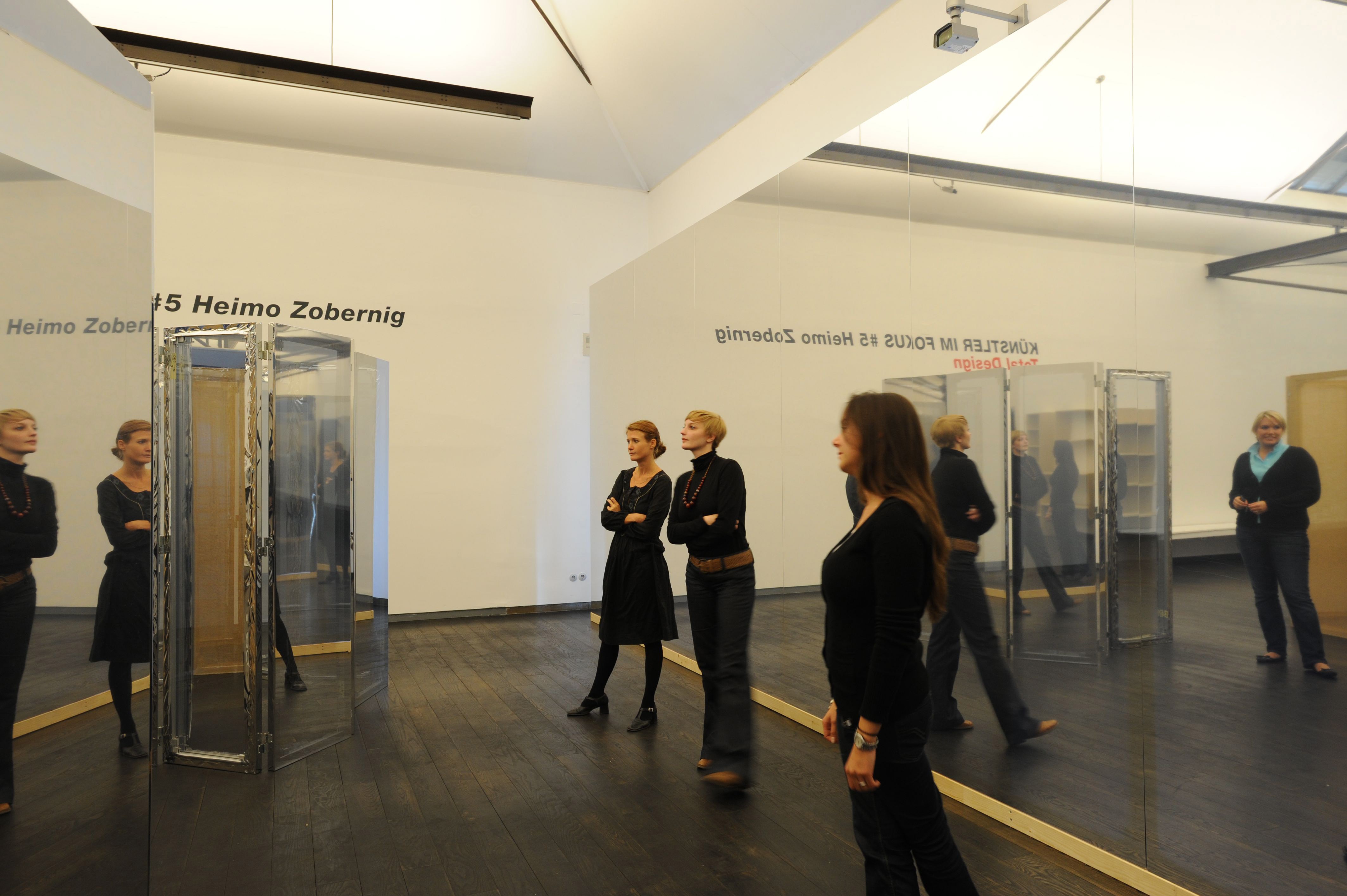 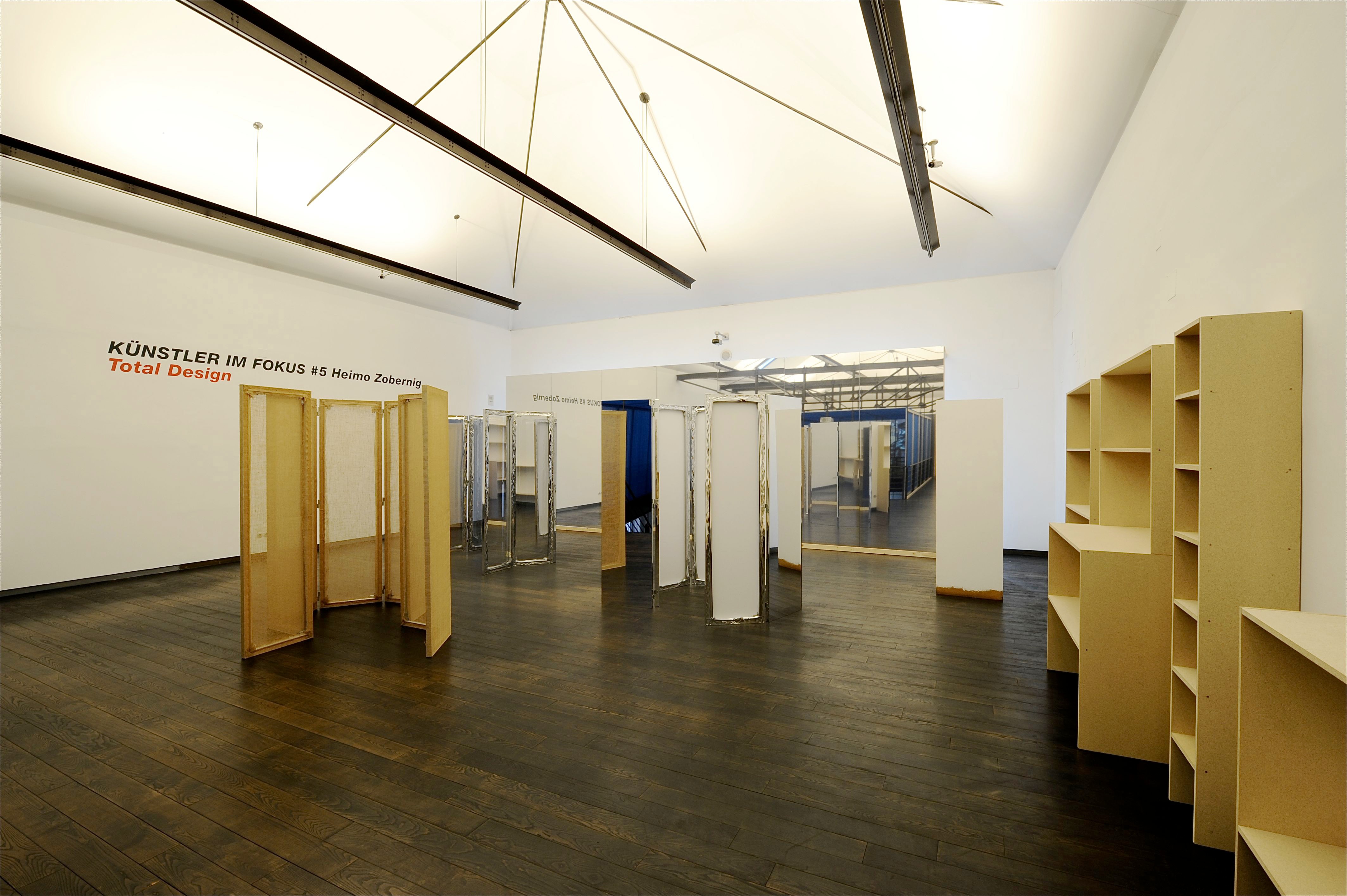 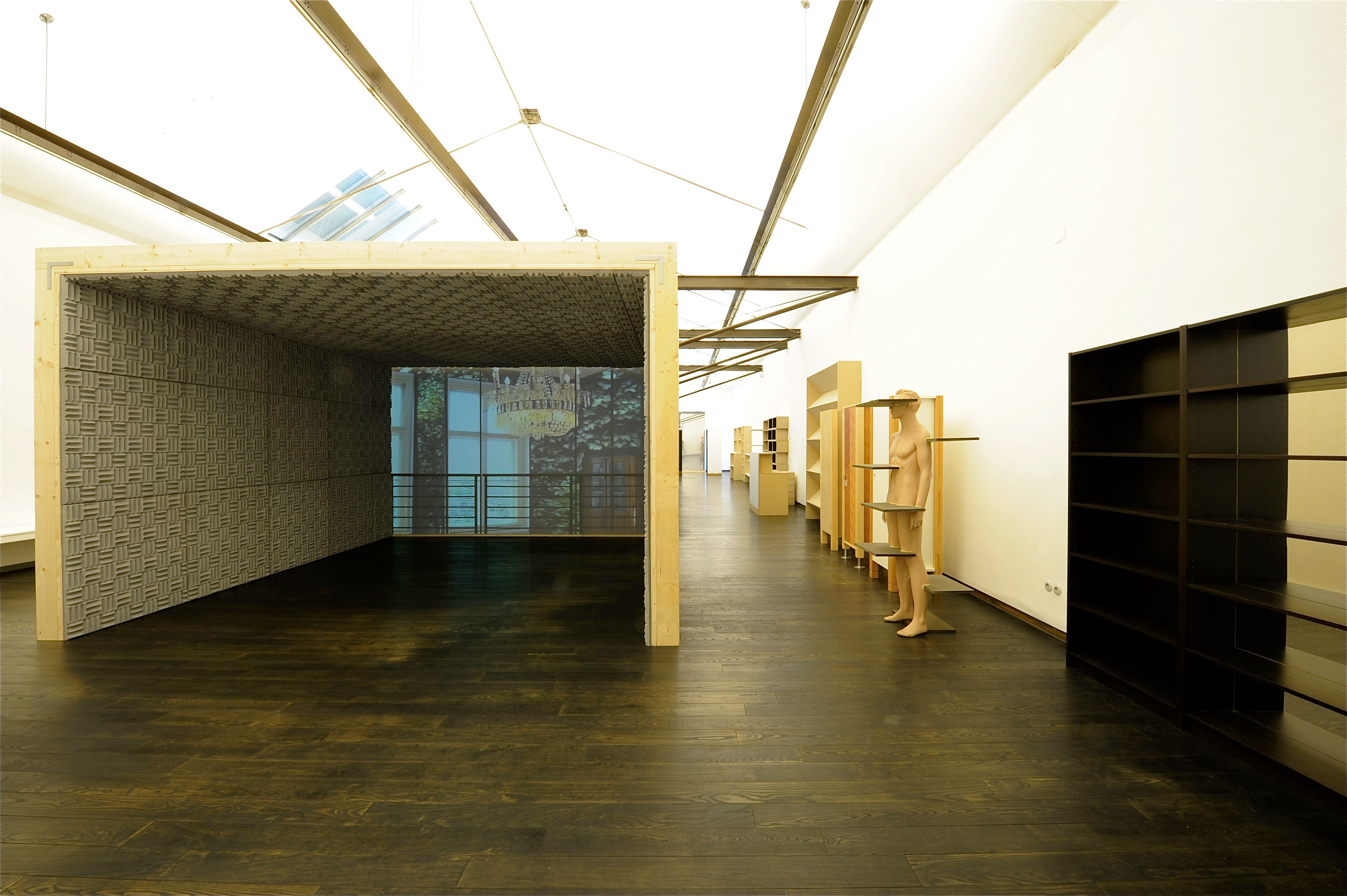 Sit on My Chair, Lay on My Bed. Applied Art