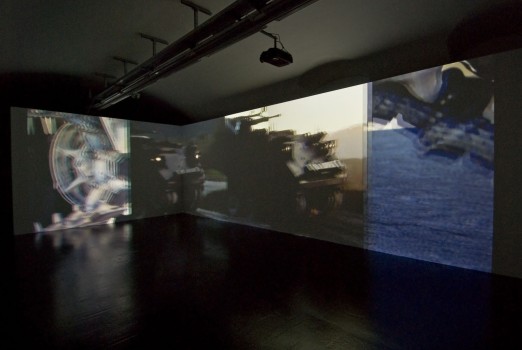 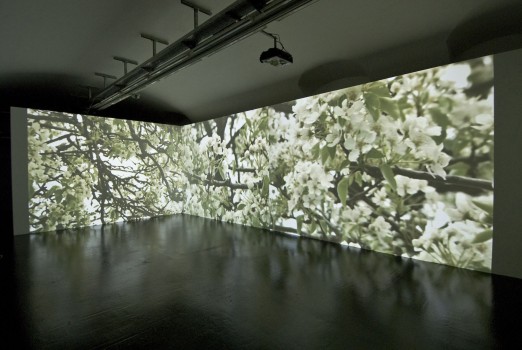 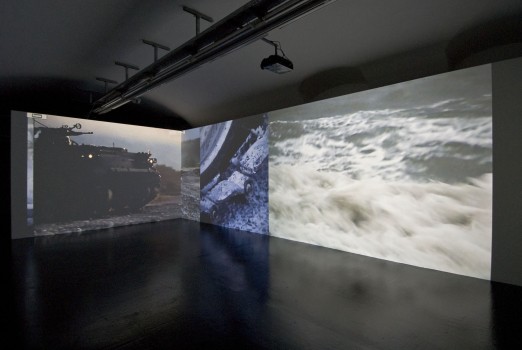 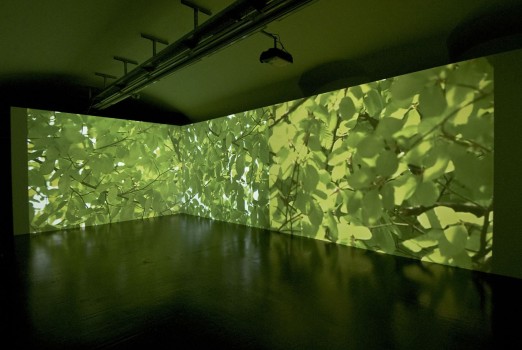 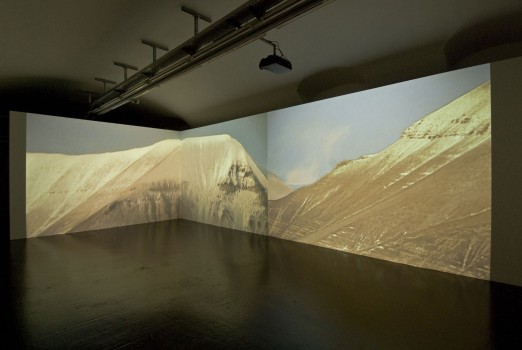 The Game is Over

The Game is Over

“The game is over”, George W. Bush proclaimed only weeks before the invasion of Iraq. Used by the artist Ingeborg Lüscher as the point of departure for a video installation of the same title, the propaganda slogan becomes the inverse through relentless repetition. Pristine landscapes stand in stark contrast to the horror of war and bear testament to the simultaneity of beauty and menace. The artist who belongs to a generation for whom war was a childhood experience tries to develop a strong and expressive counter-image to the omni- presence of war in the media: personal images versus the constant flow of media visuals which, with their inherent magnetism, seek to manipulate the imagination.

In her conceptually informed, cross-media and cross-genre work,
Ingeborg Lüscher addresses the subjects of the human and social/ societal systems. In her video installation entitled The Game Is Over, the artist, who belongs to a generation that still experienced World War II, takes up the scenario of war and its media communication in the context of the war in Iraq—a subject of great current political interest with regard to the new U.S. presidency coming into office in January 2009.

The relationship of art and power, art and war, or art and terror has always been ambivalent; art as a vehicle of political propaganda and heroization is continued in the instrumentalization of contemporary media. Every political action is perceived, reported, pictured, and interpreted by media representatives, which leads to a multiplication of realities. Thus, any action that is not communicated by and through media is as if it had never happened, and mythical figures only become such by media stylization. In return, the media—on behalf of the public—demand for image, (e)motion, and sensation. The machinery of media coverage has turned into something like a “perpetuum mobile” producing a flood of images around the globe.

The starting point that Lüscher uses for her video installation shown at the MAK is a quote by George W. Bush. In February 2003, a few weeks before the invasion of Iraq, the president of the United Stated proclaimed: “The game is over”, a phrase widely echoed in the international media and repetitively invoked by Lüscher in her installation; the “propaganda phrase” is subtly and subversively inverted. Lüscher develops a kaleidoscopic counter-image to the omnipresence of war in the media. Film sequences of a “journey” of meditative natural landscapes—shot in the deserts of California and Nevada, the Arctic, the Gotthard massif, and in Ticino—contrast the terror while emphasizing the simultaneity of beauty and threat.

“It is supposed to be more of an experience than information for the
viewer, something more visceral than intellectual. (…) Does being startled from the hypnotic calm of beauty by breaking news come unexpected or is it that we can in fact no longer indulge in beauty for constant fear of something terrible happening?” the artist says about her installation.

Ingeborg Lüscher, born 1936 in Freiberg, Germany, has lived in Tegna, Canton Ticino, Switzerland since 1967. Over the past decades, her work which encompasses the media of photography, sculpture, installation, video and film, was shown in numerous single exhibitions— e.g. at the Musée d’Art Moderne de la Ville de Paris, France, at the Gemeentemuseum Den Haag, Netherlands, or at the Centre d’Art Contemporain, Geneva, Switzerland—as well as in group exhibitions, several biennales, and at the documenta 5 (1972) and documenta IX (1992). 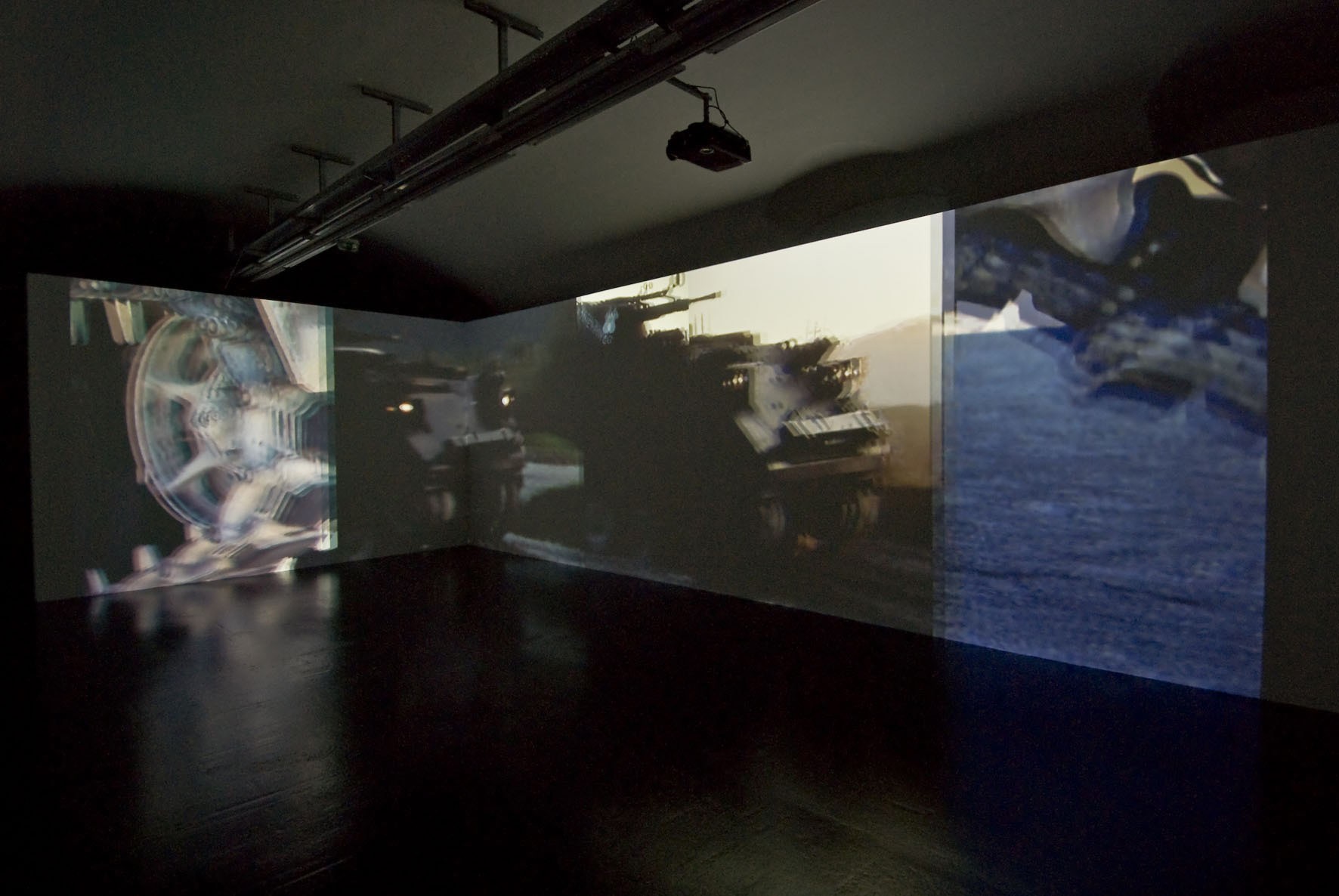 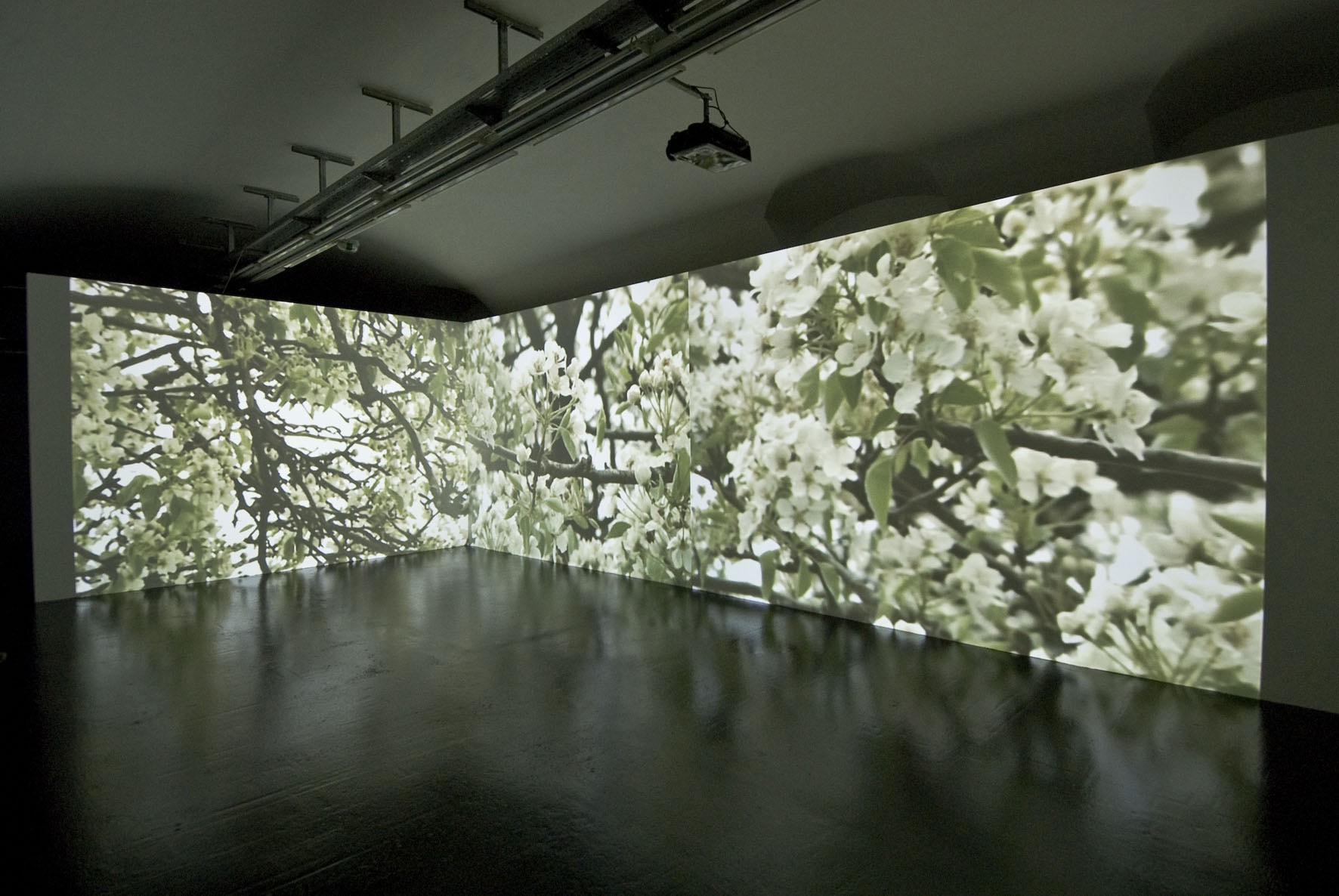 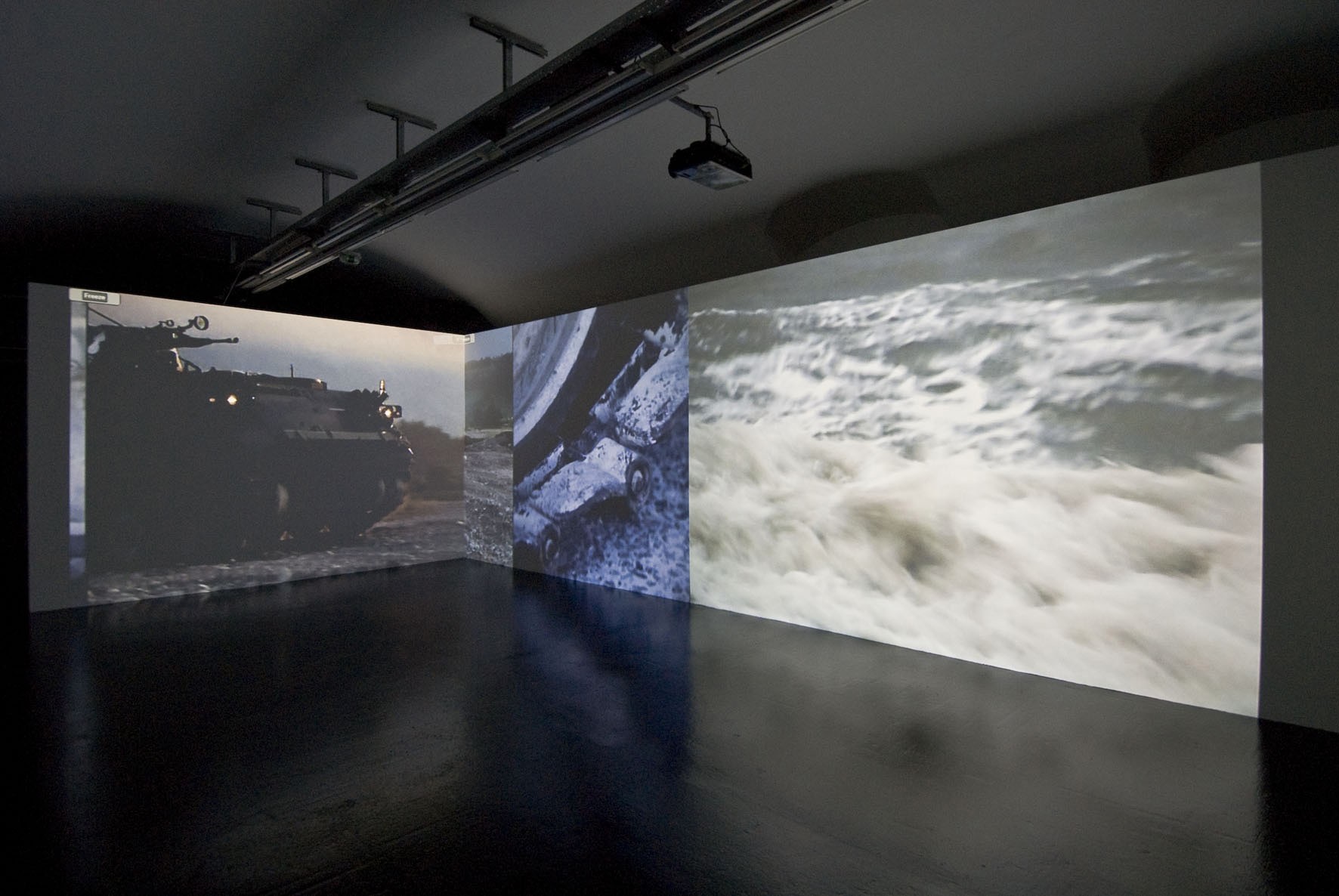 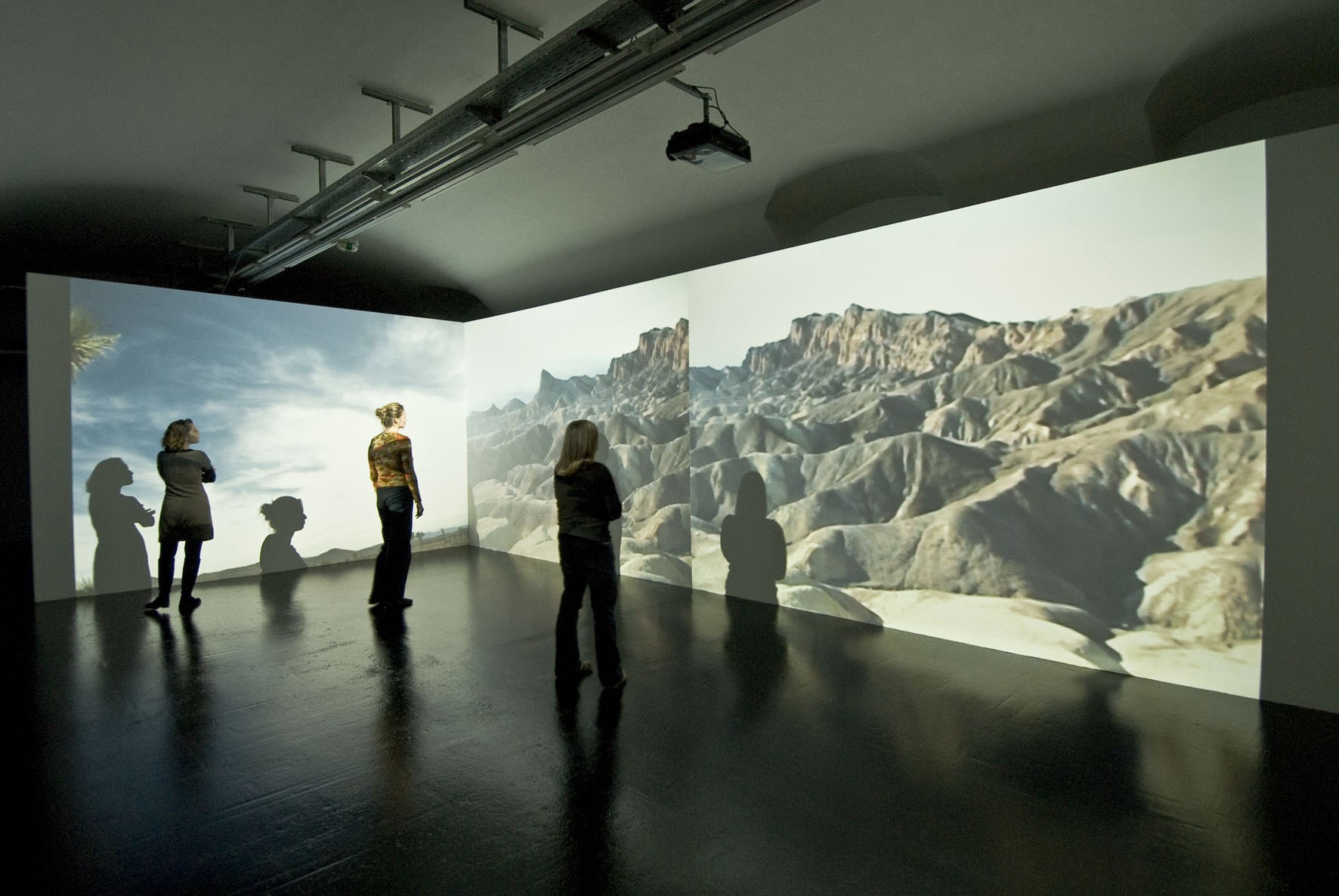 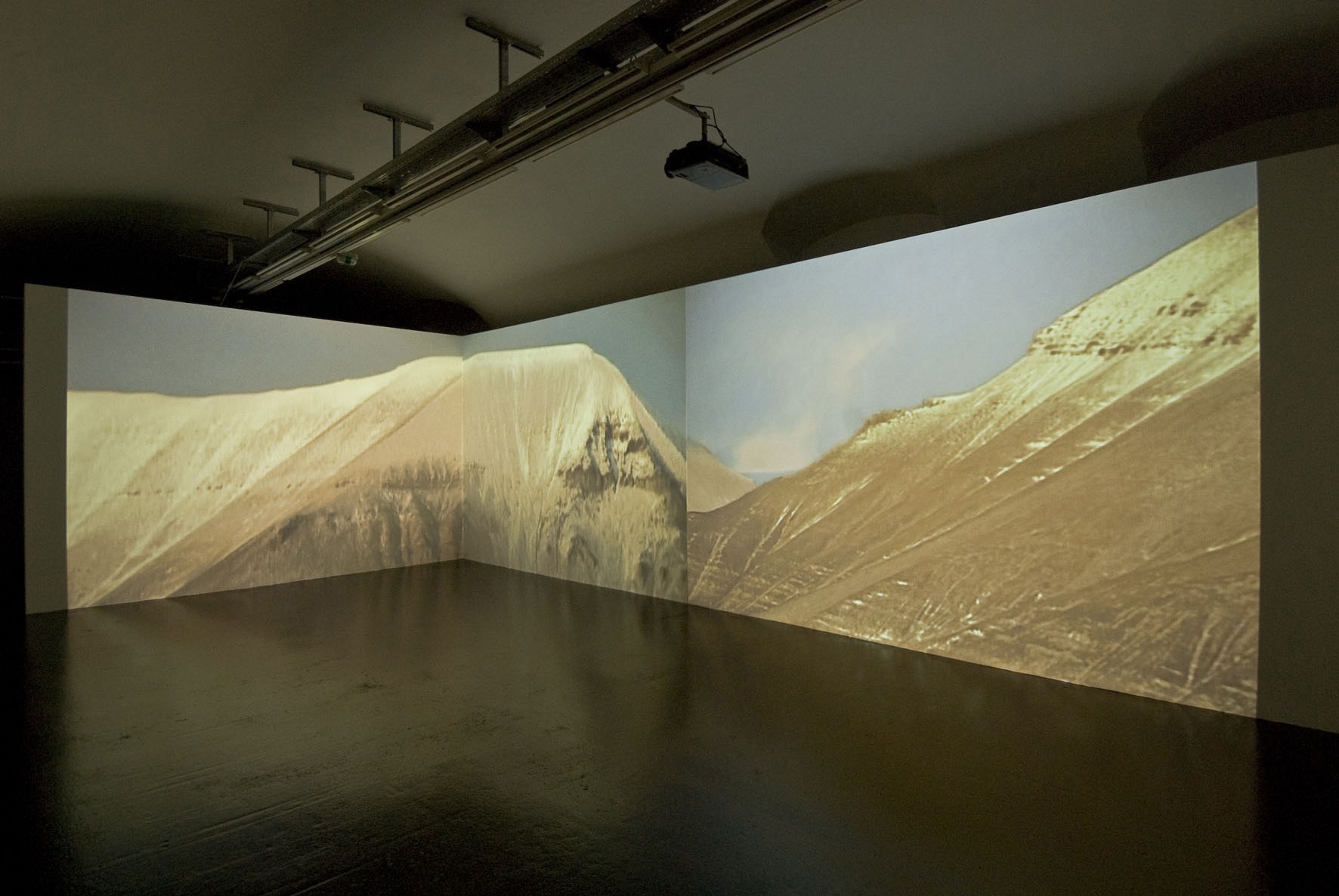