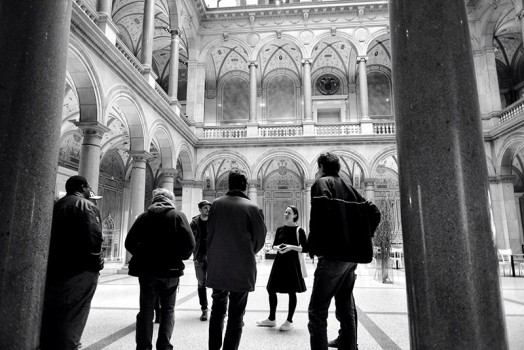 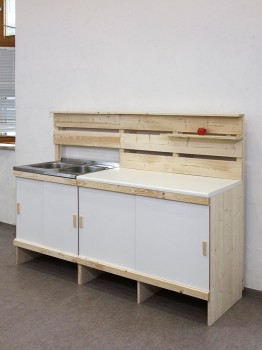 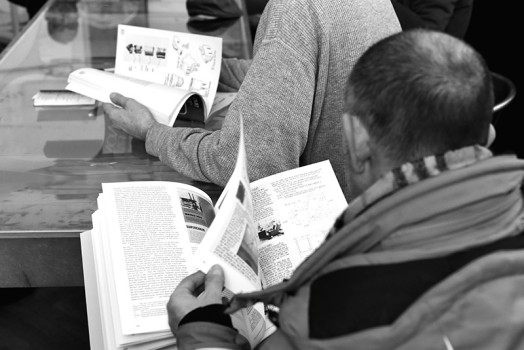 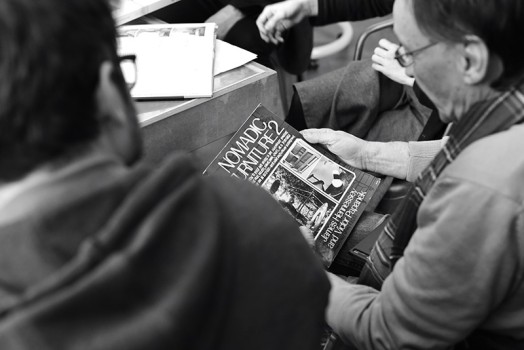 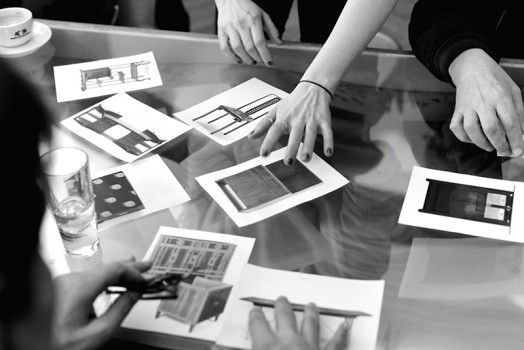 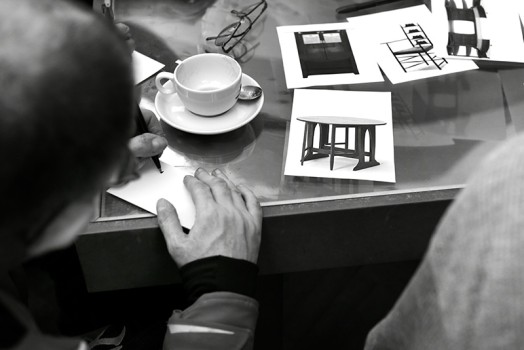 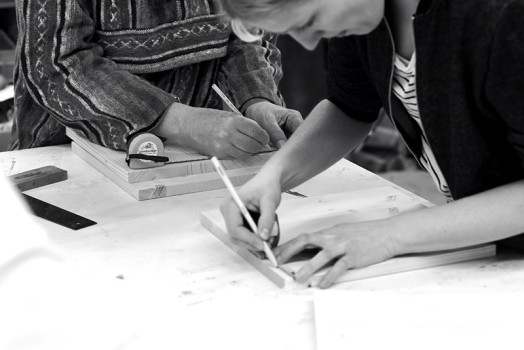 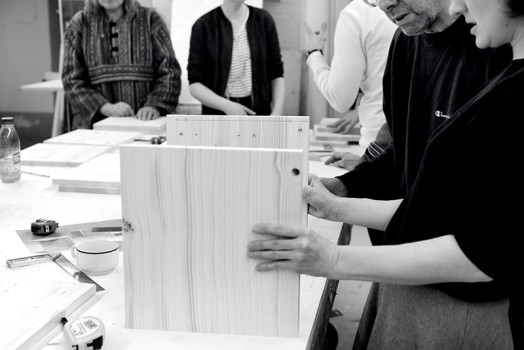 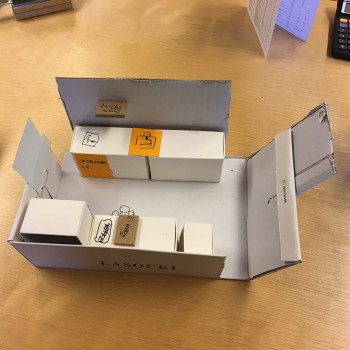 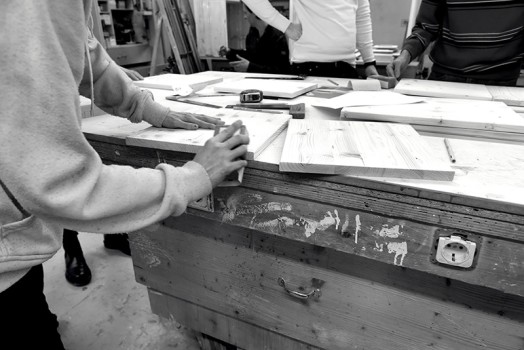 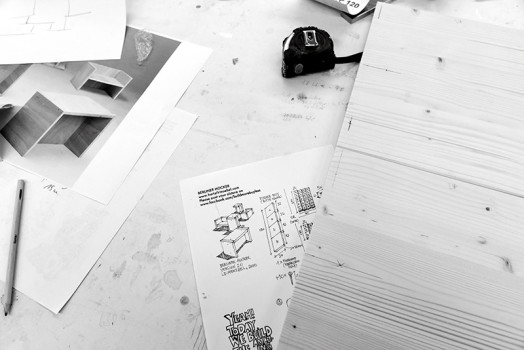 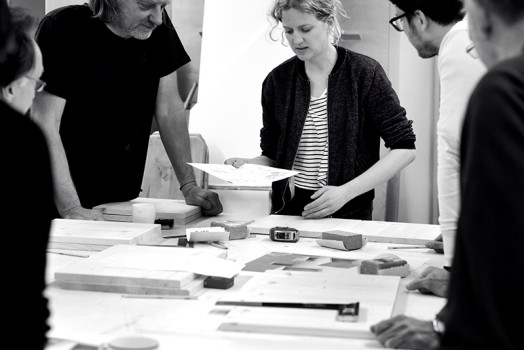 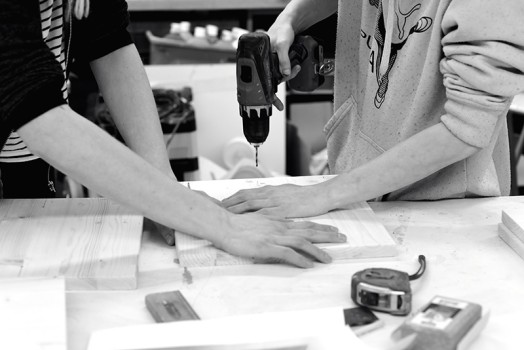 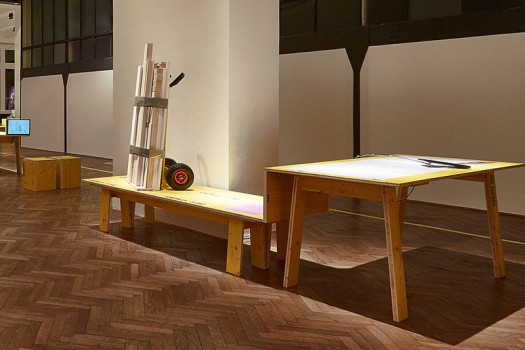 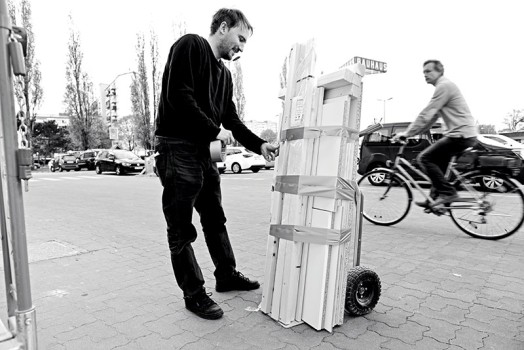 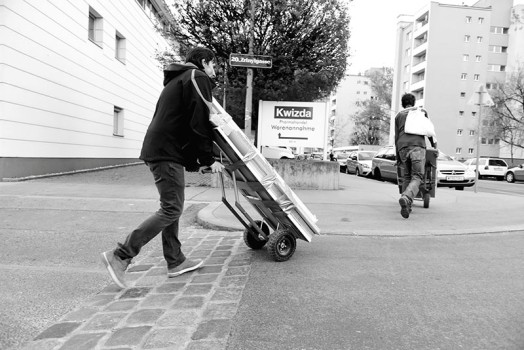 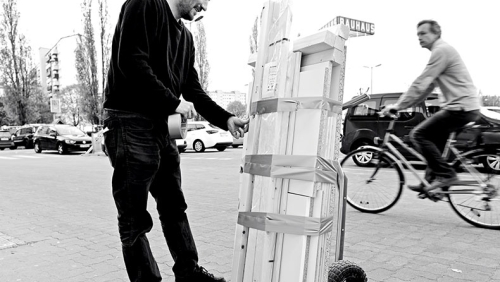 Participative Development of a DIY Kitchen for 200 Euros
In the context of the “Hunger for Art and Culture” program “Culture-Transfair,” designers, social workers, and educators worked with homeless people. The cooperation led to the development of the DIY Wiener Kuchl.
2017

The Wiener Kuchl emerged from an inclusive project run by the MAK and the social services organization “wieder wohnen – wohn:mobil” (“settling down again – live:mobile”). The collaboration was initiated by the “Hunger auf Kunst und Kultur” (“Hunger for Art and Culture”) campaign, which is committed to making art and culture accessible to people living below the poverty line. Every year, in the context of the Culture-Transfair program, Hunger auf Kunst und Kultur initiates five collaborations, each of which involves a cultural institution teaming up with a social services organization.

The goal of wieder wohnen – wohn:mobil is to secure long-term accommodation for people who were previously homeless. A collaborative Culture-Transfair project was established between the MAK and wohn:mobil to support this goal, and also to bring DIY furniture to the fore. The thesis being that homemade pieces of furniture strengthen one’s personal ties to an apartment.

As experts on their own lifeworld, the participants (members of the peer group “von uns für uns,” or “by us for us”) were integrated into a four-month social design process with designers as well as experts from the MAK, from wohn:mobil, and the Werkstätten- und Kulturhaus WUK (“Workshops and Culture House,” and more specifically, its “Workstations Association”). A Design Thinking Workshop provided the basis for the design of two reasonably priced DIY kitchen units. The materials for the Wiener Kuchl can be acquired for around 200 euros at a DIY store and transported using a trolley on the subway.

Video instructions for self-assembly
The project’s sustainability is ensured by a buddy system that wohn:mobil established, and which is intended to be financed by a crowdfunding campaign. The idea is to offer as many people as possible the opportunity to build (themselves) a Wiener Kuchl.

“Furnishing” is a project of the MAK – Austrian Museum of Applied Art / Contemporary Art and wieder wohnen – wohn:mobil in cooperation with Hunger auf Kunst und Kultur in the context of Culture-Transfair VII, a program enabled by Erste Bank’s ExtraVALUE sponsoring program.