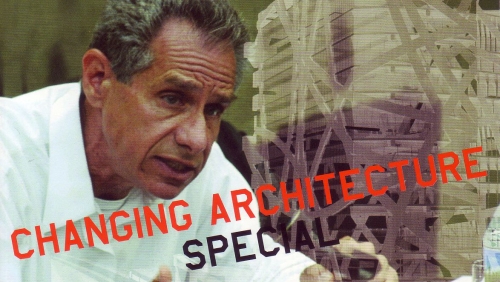 Here Comes the Blind Commissioner. They've Got Him in a Trance - with apologies to Bob Dylan
CHANGING ARCHITECTURE special

Eric Owen Moss is considered to be among the international architecture scene’s most important and innovative figures. Over the past nearly 40 years, he has realized a multitude of award-winning buildings which have both stimulated and left their mark on the international architectural discourse.
Moss, who has been appointed commissar for Austria’s contribution to the 2010 Venice Biennale of Architecture, is to speak at the MAK Contemporary Art Depot in the Arenbergpark Flak Tower in Vienna’s third district. His lecture will cover his most recent projects and his current concept of Austria under Construction: Austrian Architecture around the World; International Architecture in Austria. In this, Moss focuses on the strengths of Austrian architects working internationally, and of foreign architects who plan and build projects in Austria, with such exchange also representing an important factor in the architectural discourse.

Following the lecture, the MAK will present the European première of Eric Owen Moss: Construction Manual 1988–2008, which was published in 2009 by AADCU Verlag. To conclude this event, the installation Eric Owen Moss If Not Now, When? (2009), a generous donation of the architect, will be given its first presentation in Vienna. 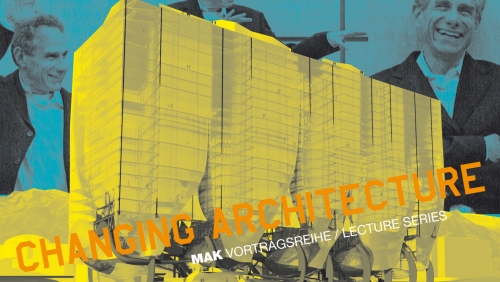 Too Much is Not Enough