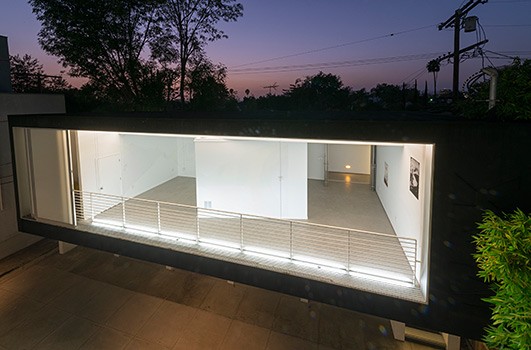 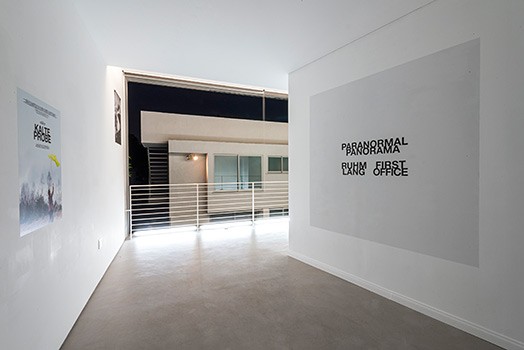 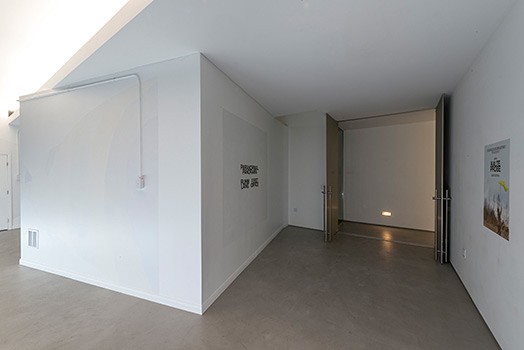 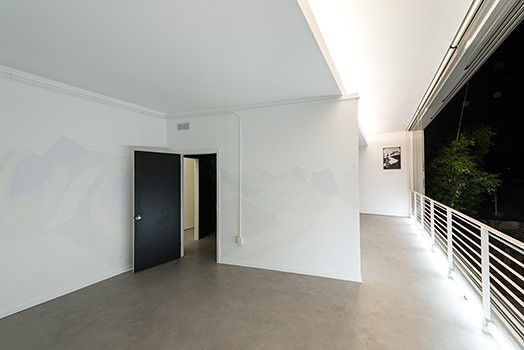 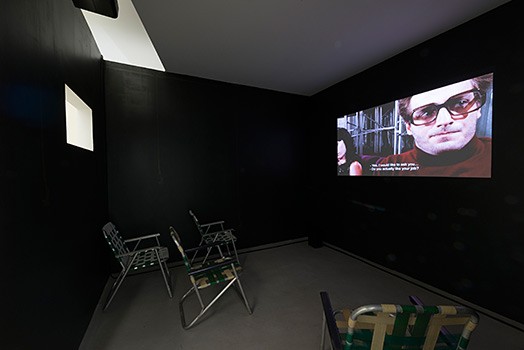 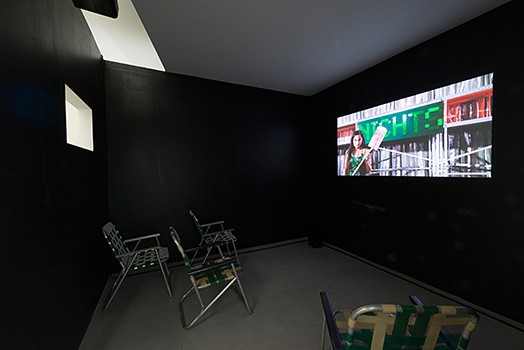 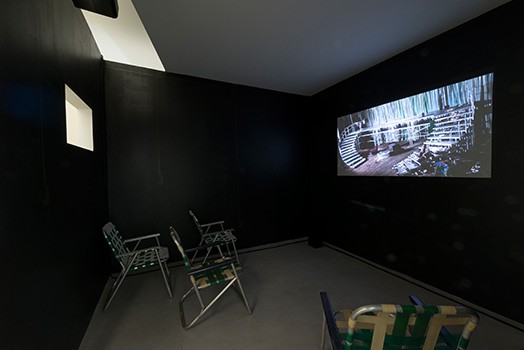 At the Garage Top, Ruhm and Lang's experimental film Kalte Probe (Cold Rehearsal) will be seen in an installation designed by First Office. Cold Rehearsal references a number of other films, both by the artist and by directors such as Jean-Luc Godard, Michelangelo Antonioni, and Andrei Tarkowsky. Its narrative focuses on Hans, a film director with a fading career entangled in a scheme orchestrated by a number of dead actresses who plot revenge. The ninety-minute film reviews Hans's life and his final ordeal, a fall from a TV stage staircase. In the fantasy played out in the few seconds between his fall and his death, Hans encounters important women from his life, as well as himself as a child. Cold Rehearsal will be screened in a continuous loop and is in German with English subtitles.

In the installation, entitled PARANORMAL PANORAMA, First Office and the filmmakers responded to a found photograph of the home of 19th century architect Eugène Viollet-le-Duc, with its walls covered in a painted mural of a mountain range. Associating the image with one of Cold Rehearsal's characters--the Polish babysitter Ewa who falls to her death during an outing at Mont Tendre in the Swiss Jura Mountains--the domestic interior built for viewing Cold Rehearsal has its exterior walls covered with a panoramic painting of Mont Tendre.

Additionally, the opening reception for the exhibition on November 7 will feature the dedication of Ruhm and Lang's Henry Miller Park Reincarnation Site, with a speech by Dr. Juli Carson in relation to the exhibition and in consideration of a quote from Gilles Deleuze.

This exhibition series is made possible by the Austrian Federal Chancellery / Arts Division.

In advance of the exhibition, the Specters of Godard panel will be presented at the MAK Center's home base, the Schindler House in West Hollywood. Organized and moderated by Dr. Juli Carson, Associate Professor at UC Irvine and director of its Critical and Curatorial MFA program and the University Art Galleries, the event will be held on Sunday, November 3 at 5.30 p.m.. The panel will consider film and video works by post-conceptual artists who trace their origins to the cinema of Jean-Luc Godard. Panelists include filmmaker and installation artist Kerry Tribe, Israeli-American artist Michael Moshe Dahan, and artist and curator Constanze Ruhm. Selections from the panelists' films will lead off their conversation.

On Saturday, November 9 at 2 p.m., filmmakers Constanze Ruhm and Christine Lang will present Quotes Unquoted, a screening and talk at the Goethe-Institut. As Ruhm and Lang explain, "Cold Rehearsal is referential on all levels: text/storytelling, sound/music, framing, acting, props, etc. It relates ex- as well as implicitly to film history/theory and the narrative forms and conventions of modernist cinema." The filmmakers will discuss many of the landmark works that have informed the making of Cold Rehearsal. Excerpts from experimental films by the likes of David Lynch, Michael Powell, James Mangold, Robert Bresson, Luchino Visconti and others will illustrate Ruhm and Lang's feminist appropriation of film history.

The Goethe-Institut is the cultural institute of the Federal Republic of Germany. It is located at 5750 Wilshire Boulevard, Suite #100, Los Angeles 90036. For further information, call (323) 525-3388 or visit goethe.de

This exhibition series is made possible by the Austrian Federal Chancellery / Arts Division.