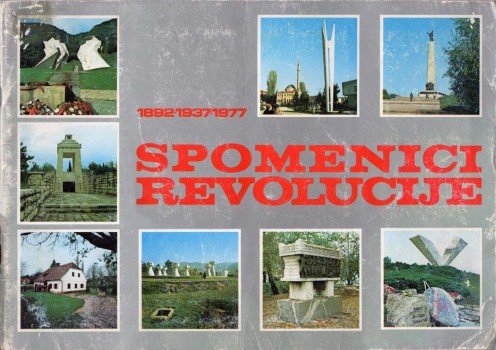 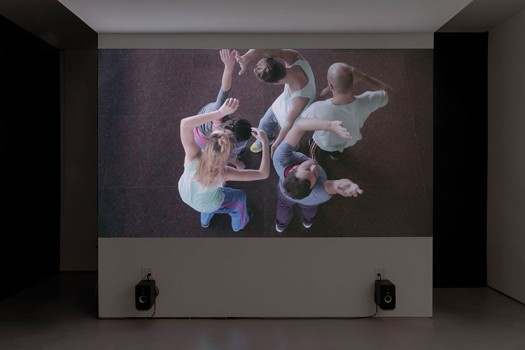 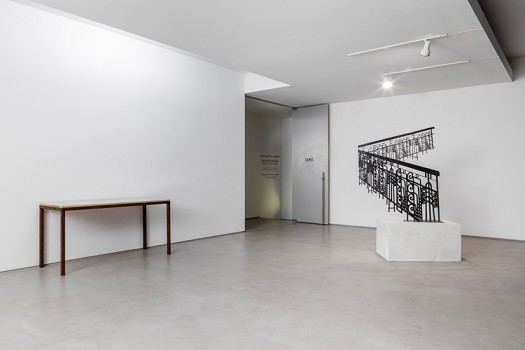 Upon invitation to return to Los Angeles and work with any local practitioner of his choosing, Vienna-based former MAK Center artist-in-residence Marko Lulic reached out to L.A.-based artist Sam Durant—since the 1990s the two have found a promising overlap in the way their practices have used historical reference as part of their long-term, contemporary political engagements.

Spomenici revolucije is the two-person exhibition that results. The title comes from a Yugoslavian sticker album from the 1970s, produced for children who were supposed to buy stickers of anti-fascist modernist monuments at local kiosks and to fill up their albums. The first school with all the students’ albums completed would win a trip to the most important monuments, second place winning a color TV set.

In his video presented at the Garage Top—titled Kosmaj Monument (2015)— Lulic juxtaposes the flux of bodies in movement with the static and imposing aspects of modernist monuments. This particular monument, commemorating the partisan fights of World War II in Yugoslavia, is located on Kosmaj Mountain near Belgrade. Dancers are shown creating contact through improvisation, while trying to establish a dialogue with the shapes of this specific icon. The video was shot in the neighboring cultural center, an area with state-owned student homes built during the same era as the monument— both sites employed raw concrete to represent their respective utopian period.

Lulic has created a number of videos in the last few years with dancers interacting with public sculptures, seeing those works as both performances and expanded sculptural pieces that analyze and grasp the historic and socio-politcal essence of the objects they explore.

Sam Durant’s steel sculpture—Young Metalworker (Tito’s Balustrade) (2015)—refers to the abstract monuments that were prevalent in post-war Yugoslavia. The work is based on a found image of a staircase balustrade and takes the form of a fictional monument to adolescent workers. The steel balustrade pictured in the reference image is the work of a young Josep Broz Tito who was an apprentice metalworker. (Tito was the Socialist leader of Yugoslavia from 1943 until his death in 1980. He was one of the founders of the Non-Aligned Movement, keeping his country out of both the Soviet Block and NATO.) Coincidently, Durant was also an apprentice metalworker and welder in his youth. In a reference to the Socialist tradition of the worker/artist he has, in a sense, commissioned himself to build the celebratory monument.

Marko Lulic is a Vienna-based artist, whose work is concerned with the intersection of architectural modernism, ideology, and aesthetics. Lulic? has remade a number of modernist monuments, as well as reactivated them in some form by using those public sculptures as reference and/or location of his performances. He has exhibited extensively nationally and internationally at the Storefront for Art and Architecture, New York; Museum of Contemporary Art, Belgrade; Oldenburger Kunstverein, MAK, Vienna; Witte de With Center for Contemporary Art, Rotterdam; Kunsthalle Vienna; Museum of Contemporary Art, Zagreb; Migros Museum of Contemporary Art, Zurich; 21er Haus / Belvedere, Vienna; Lentos Kunstmuseum Linz, Kunstverein Heilbronn, Grazer Kunstverein, Kunsthalle St. Gallen and Frankfurter Kunstverein. His work was included in The Biennale of Sydney; the 12th Swiss Sculpture Exhibition, Biel / Bienne; the October Salon, Belgrade, and the Chicago Architecture Biennial. In recent years he has also curated several exhibitions at the Secession, Vienna; Siemens Arts Program, and the Museum of Contemporary Art, Belgrade. He won several awards such as the Kardinal König Kunstpreis, the Award of the Alfried Krupp von Bohlen und Halbach Foundation, and the Erich Hauser Foundation Award. For the last five years he has taught at the Academy of Fine Arts in Vienna. Lulic? is represented by Gabriele Senn Gallery.

Sam Durant is a multimedia artist whose works engage a variety of social, political, and cultural issues. His work has been widely exhibited internationally and in the United States. He has had solo museum exhibitions at MOCA, Los Angeles, Kunstverein für die Rheinlande und Westfalen, Dusseldorf, S.M.A.K., Ghent, Belgium and the Govett-Brewster Art Gallery in New Zealand. His work has been included in the Panamá, Sydney, Venice and Whitney Biennales. His recent curatorial credits include Eat the Market at LACMA and Black Panther: the Revolutionary Art of Emory Douglas at MOCA, Los Angeles and the New Museum in New York. He has co-organized numerous group shows and artists benefits and is a co-founder of Transforma, a cultural rebuilding collective project that began in New Orleans. He was a finalist for the 2008 Hugo Boss Prize and has received a United States Artists Broad Fellowship and a City of Los Angeles Individual Artist Grant. His work can be found in many public collections including The Art Gallery of Western Australia in Perth, Tate Modern in London, Project Row Houses in Houston and MoMA, New York. Durant teaches art at the California Institute of the Arts in Valencia, California. Durant shows with several galleries including Blum and Poe in Los Angeles, Paula Cooper Gallery in New York, Praz-Delavallade in Paris and Sadie Coles Gallery in London.


About Garage Exchange
In order to expand the cultural exchange at the core of the Artists and Architects-in-Residence program, The Austrian Federal Chancellery, and the MAK Center invite Austrian and Vienna-based alumni residents to collaborate with L.A. artists and architects of their choosing at the Garage Top at the Mackey Apartments for the Garage Exchange Vienna-Los Angeles exhibition series.

This exhibition series is made possible by The Austrian Federal Chancellery.
Past exhibitions at the Mackey Garage Top: 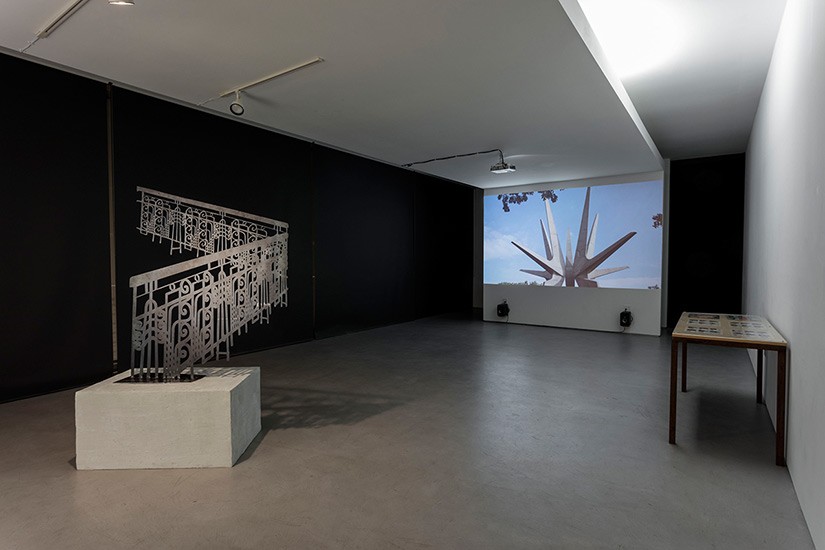 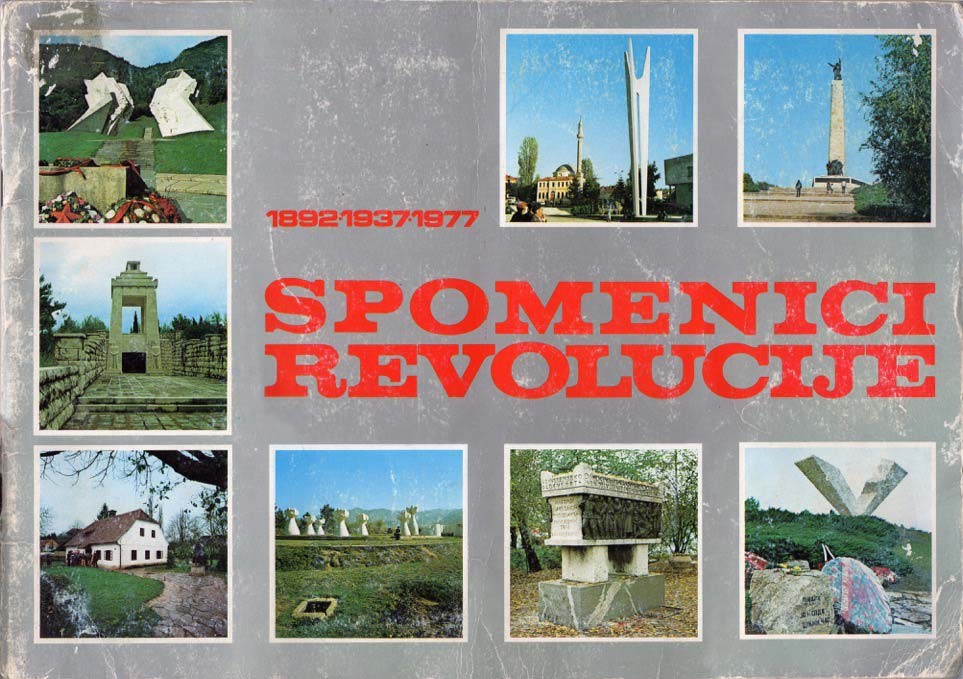 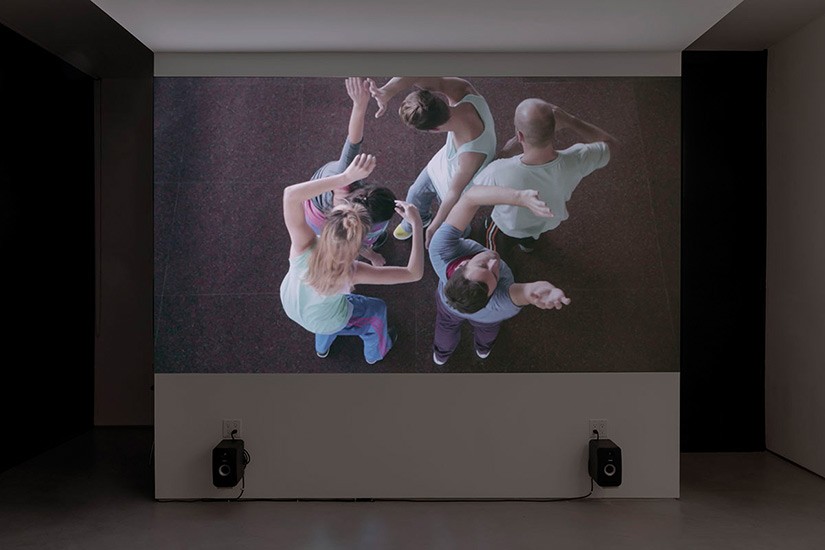 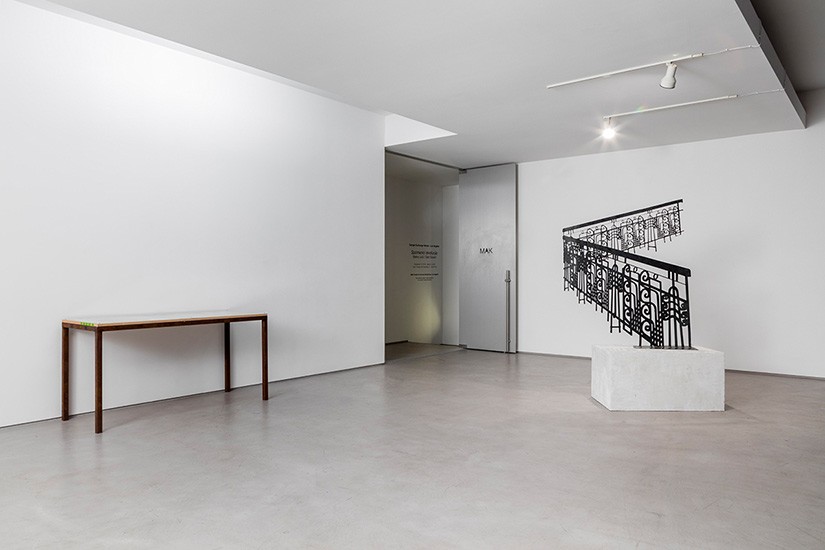 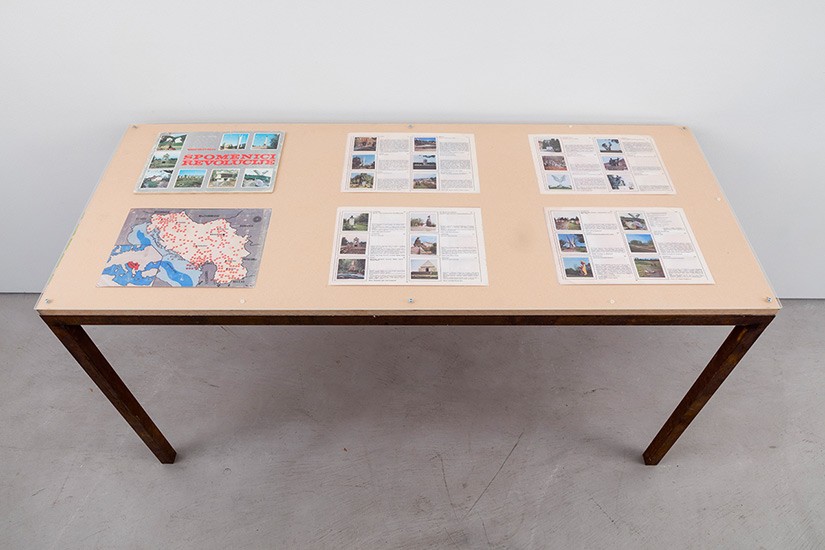 Fictitious Tales about the History of Earth