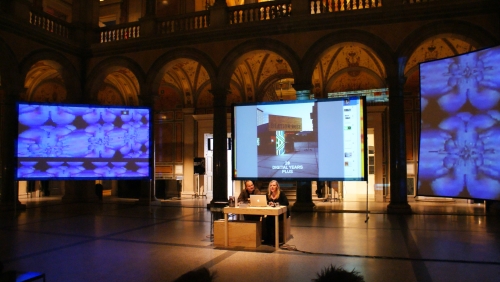 Station Rose, founded in Vienna by artist Elisa Rose and musician Gary Danner in 1988, sums up “20 Digital Years” in book-form—and provides a description of the current state of their artistic work together and their visionary potential, as well as reflections on the twenty years of media and cultural history which they themselves have helped to write.

On 12 October 2010, the book 20 Digital Years plus will be presented at 8 p.m. at the MAK. In the Columned Main Hall, Station Rose will present a media installation which makes the DVD and CD released together with the book visible and audible on various projection surfaces. This MAK NITE will also see the artists speak about and autograph their newly released book.

Part of this publication is devoted to the media sculpture LogInCabin, which was installed for three months on the MAK Terrace Plateau during the 2008/2009 season. The audio CD, containing for the most part unreleased pieces from the period between 1988 and 2010, will demonstrate Station Rose’s broad range of musical styles from electronic to psychedelic. In its “AV Sessions” section, the DVD documents material (some also previously unreleased) which was recorded live or at the studio, and the section “Performances and Installations” includes
clips from various actions which were performed at museums including the MAK.

As media art pioneers, Station Rose succeeded in finding a language for this ephemeral, fast and permanently changing phenomenon even during the Internet’s nascence; they coined terms and phrases (like “Cyberspace is our land,” “Digital Bohemians,” “nature is cool,” etc.), and they made pernicious artistic and societal conditions recognizable and thus comprehensible.

Station Rose is viewed as a pioneer in the field of audiovisual art, electronic music, net art and live audiovisual performance. Since 1991, the artistic couple— MAK NITE / CAT OPEN October 2010
Page 2 consisting of Elisa Rose and Gary Danner—has lived in Frankfurt am Main and on the Internet. From 2002 to 2004, the two artists shared a professorship for Media Production at the Darmstadt University of Applied Sciences, and from 2002 to 2006 they had a regular TV program on Germany’s ARD/hr station called Best of Webcasting, which had developed out of the “online-STReams.” 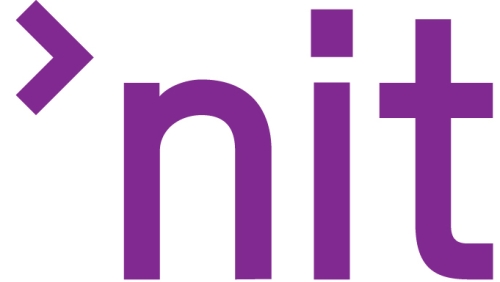 The d>nite will be the highlight of the half-day MAK Design Summit held in the context of the
exhibition  MADE4YOU. Design for Change,
AUSTRIA DAVAJ!AUSTRIA DAVAJ! 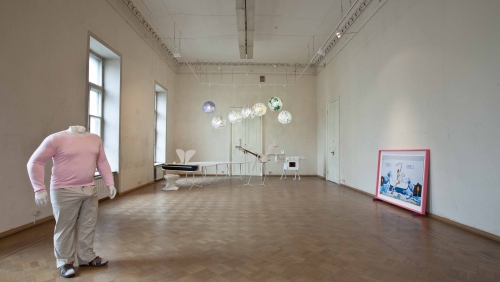