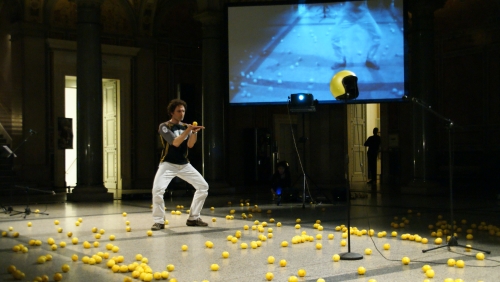 Artist Akemi Takeya will be presenting her current project “L.S. project” for the first time in a museum-setting as part of the MAK NITE series. Originally conceived as a work-in-progress, the “L.S. project” developed out of the artist’s rather basic realization that an electrified lemon can function as an audio interface. The “Lemon Synthesizer” works based on the natural voltage of lemons, which is used as a signal with which to manipulate audio processes.

The “L.S. project” examines the interaction of language, image, identity and the body. At the MAK, Takeya’s performance/installation will place the human body front and center as a component of the “I”. Takeya has developed a compositional system consisting of 71 “items” which will be implemented by the participating performers. In doing so, the performers become players in the socalled “I-exhibition,” in which the various embodiments of Takeya’s “I” will be recorded by a camera, altered, and arranged anew. The image thus created is “I = lemon,” which the artist has defined as a symbol and metaphor for her life in Europe. 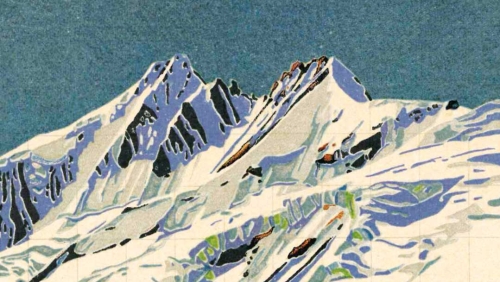 Where to find the installed tile pictures?

Help us to find the originals!

Past and Present in Dialog