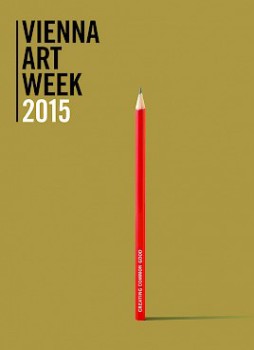 Symposium: Can Art Improve the World?

Orientation for the VIENNA BIENNALE 2017

Art is often described as a “seismograph” of sociopolitical developments. At present art is facing an unusual challenge, occasioned by the fact that digitalization is fundamentally changing every aspect of life. Indeed, this could be deemed a new era, in which people and the world they define are central: the “Anthropocene” or a “new modernity.” Digital Modernity has enormous potential, but also harbors great risks—not least due to the lack of emotions and the increasing proliferation of instrumental rationality in economics, politics, science, technology—and culture. In light of digital technologies’ ability to learn, a substantial proportion of work that is currently accomplished by human brain and brawn will instead be executed by “machines” (artificial intelligence/robotics) over the coming decades. However, the development of future-oriented concepts to safeguard human self-determination and meaningful life designs depends to a large extent on human creativity.

Hence, artists assume a central role in Digital Modernity. Whereas design and architecture frequently embody the definition of “creativity as a problem-solving process,” fine art is neither able or wants to be exploited to solve problems directly. In this open space beyond immediate utility, art can unfold its distinct, unmistakable potential. As a result of this ongoing sociocultural transformation process that was set in motion by digitalization, art is given the opportunity to sustainably contribute to the creation of identity, awareness, and new values for society.

7:15–8:15 p.m.
Panel Discussion
MAK Director and VIENNA BIENNALE Initiator Christoph Thun-Hohenstein discusses the question “Can art improve the world?” and if so, how?

8:30–9:30 p.m.
Statements by Contemporary Artists
Invited by the MAK, the artists

will present short statements (10 minutes each) and five pictures on the topic “Can art improve the world?”

9:30–10:30 p.m.
Artists’ Discussion
Closing discussion with Mladen Bizumic, Andreas Fogarasi, Sonia Leimer, Valentin Ruhry, and Anna Witt with input from the group of VIENNA BIENNALE 2015 partner institutions and the Vienna Biennale Circle, and with the involvement of the audience.

MAN DARF NUR DANN ETWAS NEUES MACHEN, WENN MAN ETWAS BESSER MACHEN KANN. ADOLF LOOS
[You should only do something new if you can do something better. (Adolf Loos)]