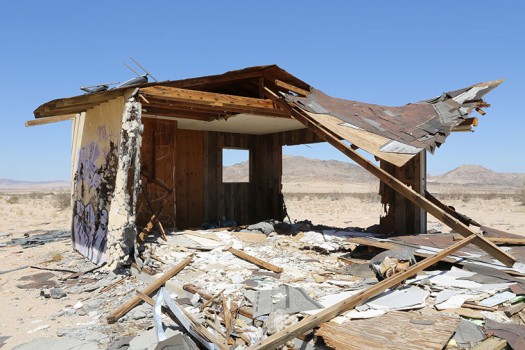 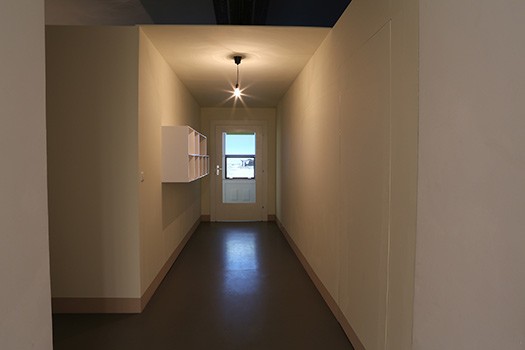 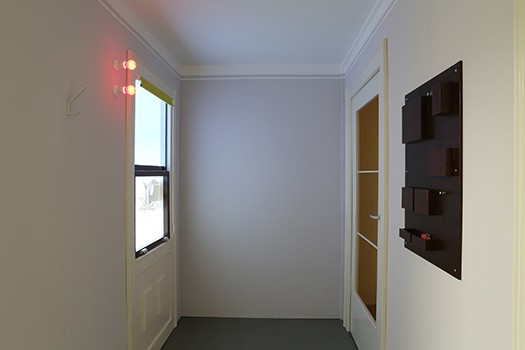 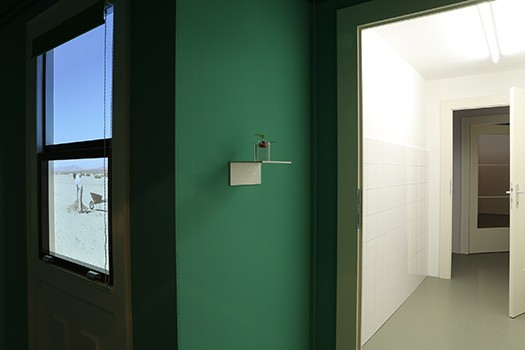 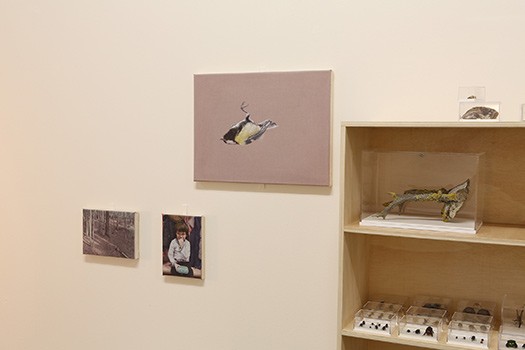 For his solo exhibition at the MAK, the artist Alfredo Barsuglia (born in 1980 in Graz) has developed a complex architectural installation featuring numerous thematic levels that overlap in many respects. In a way that is quite characteristic of his work, Barsuglia links commonplace elements with the unexpected and probes the frontiers and transitions between the public and private realms.

The term “cabinet” denotes a type of small room that came about during the 18th century in response to the new demands on the private sphere that were perceived in the context of French Baroque architecture’s standard suite of representational rooms. Located in immediate proximity to the private bedchamber, the “cabinet” was viewed as an intimate place, one that official protocol typically defined as being off-limits to visitors. The cabinet has its roots in the “studiolo” of the Italian Renaissance. It served as a workroom and a place of retreat for a man, much like the “boudoir” did for a woman. The newfound desire for withdrawal and privacy was based on the ideas of humanist thinkers, who viewed the optimum realization of human abilities as being tantamount to an ideal world and attainable via the marriage of education and knowledge to constructive behaviors. This place was thus put in the service of introspection and contemplation, allowing its occupant to devote himself—in keeping with the humanist idea—to books, scientific documents and various (art) objects without being disturbed.

Barsuglia’s Cabinet is an artificial setting in the midst of the museum that transforms the exhibition space into a sequence of domestic rooms. The artist, proceeding in the manner of a director, stages the spatial and mental penetration of the private sphere of a fictional inhabitant, or perhaps even of his own self, by leading the visitor through a narrative that is interwoven on numerous levels and retold again and again via individual associations. While the first rooms are for the most part sparsely furnished, the installation’s density increases gradually and eventually culminates in the main room, where the traces of human presence and specific interests come together to create a possible impression of the imagined inhabitant. And every Tuesday evening, visitors (max. five simultaneously) can experience the installation in their own personal ways at an evening meal together with the artist in the “cabinet”.

With deliberate breaks in reality in the form of windows looking out onto the Mojave Desert, the artist unfurls an additional plotline that reflects on retreat, autonomy, and human beings’ personal self-determination in the context of an increasingly globalized world. In the Mojave Desert, near Los Angeles, one can to this day find relics and ruins of dwellings—so-called “homesteads”— that had been put up beginning in the late 19th century under a series of US federal laws known as the “Homestead Acts”. The government had given every adult citizen of the USA the right to settle on ca. 160 acres (ca. 64 hectares) of previously uninhabited land and work it on his or her own. The related present-day term “homesteading” refers to the ideal of achieving the greatest possible degree of autonomy (or even autarchy) in the sense of a sustainable lifestyle. Homesteading is based on the idea of self-provision without resorting to public infrastructure, and it often entails using renewable energy sources (or even going “off the grid”, i. e. doing without electricity, water, and/or natural gas from the outside) and do-it-yourself production (of food, clothing, furniture, etc.). In reference to Henry Thoreau’s well-known book Walden (1854), Barsuglia’s installation—in which nearly all the furnishings were constructed by the artist himself—exemplifies a homesteading attitude that conforms to his own ideology, as a walk-in model and a metaphor for independence and selfreliance. In Walden, Thoreau documented his own personal social experiment including his reflections on the idea of the “simple life” and the feasibility of self-sufficiency while spending two years, two months, and two days just three kilometers away from his family’s house in the cabin that he had built himself on Walden Pond in Massachusetts.

Seeing these abandoned houses in the Mojave Desert might move one to view the attempt to spatially withdraw from consumer society as a utopia that is doomed to failure. But in contrast to autonomous living in unsettled areas or on the fringes of society, homesteading is about an attitude toward life that, in terms of sustainable consumption and environmental issues, can be adopted and promoted independent of one’s place of residence—even in the middle of a big city. Disengagement from the economic system expresses the intent to make an individual contribution to society in ways like refraining from the consumption of certain goods from ecologically dubious production chains (such as industrially raised meat or environmentally destructive products), or becoming more autonomous in certain areas of life by learning crafts and simple hand working skills (such as baking bread, making small repairs, sewing clothing, and building simple wooden furniture).

Greater awareness and close observation of our own (consumption) behavior leads us to question the claims of “luxury goods” and the omnipresent availability of short-lived products and their (false) promises, products that take their toll on nature and on our environment. Barsuglia, in reflecting on the concept of individual responsibility, adopts an anti-capitalist perspective and ultimately asks how one can transfer this consciousness to one’s own way of living.

Every Tuesday evening starting at 8 p.m., the Cabinet was used by the artist and five other individuals to eat dinner. As a living element of this exhibition the “Jour Fixe” could be paid a planned or spontaneous visit (First-come, first-served).


A cooperation between MAK and the University of Applied Arts, Vienna

The exhibition series APPLIED ARTS. NOW aims at creating a platform for contemporary forms of applied arts, and thus providing greater visibility for especially interesting positions of graduates of the University of Applied Arts Vienna living and working in Austria. 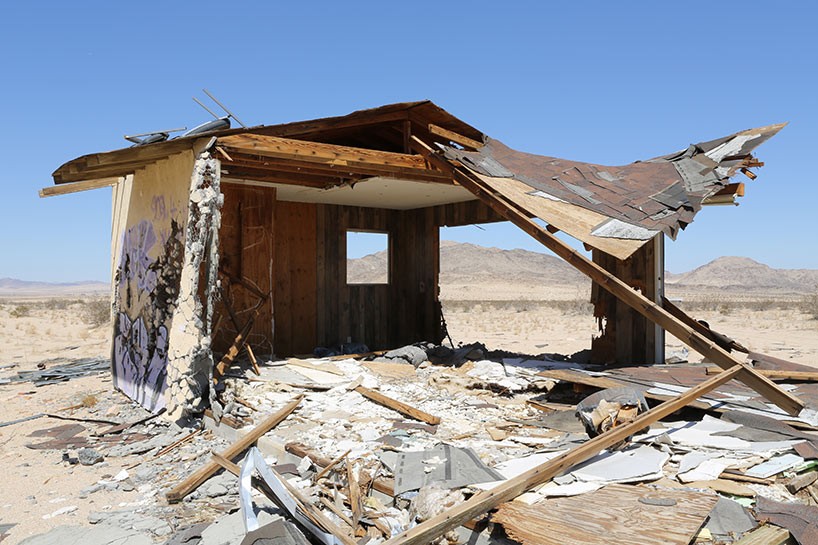