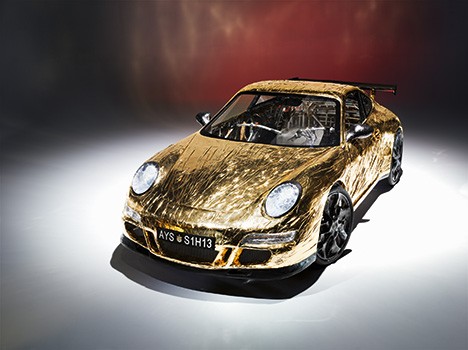 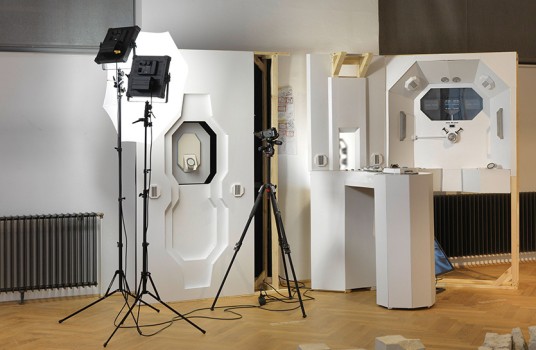 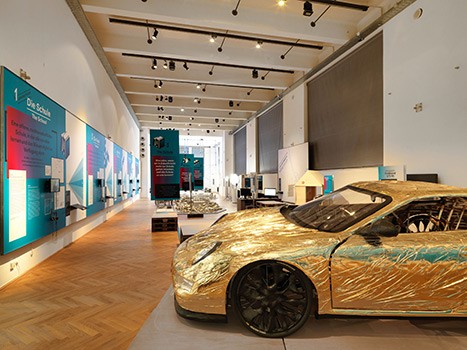 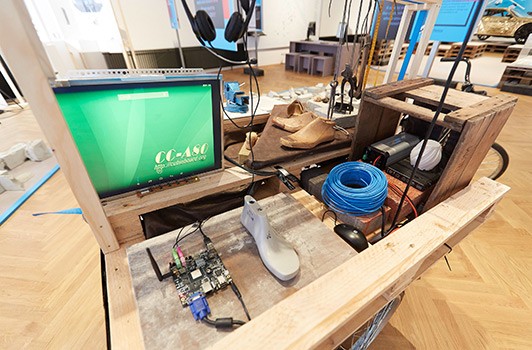 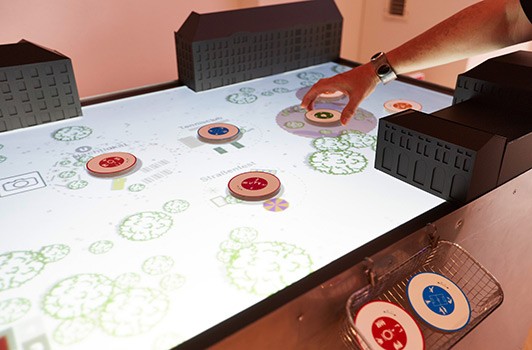 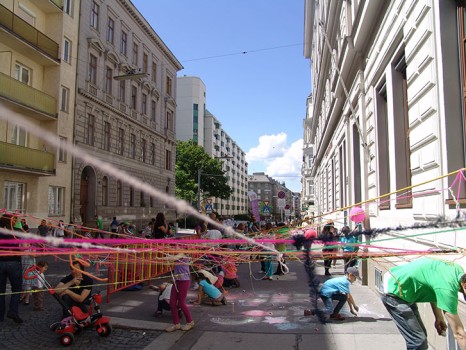 Organized by the MAK and Vienna Business Agency, departure

Under the Vienna Biennale motto “Ideas for Change,” the exhibition contribution 2051: Smart Life in the City takes a look at an alternative future for urban living and investigates the role of design as a tool for a sustainable and solidary lifestyle. Here design is understood to be less a discipline than a strategy that will significantly alter the future context and work environment of people active in creative fields. Complex problems require interdisciplinary cooperation, collective approaches, and the integration of creativity as a mass phenomenon. Besides expert craftsmanship, this calls for a high degree of social competence. Digitalization as an engine for technical and social innovation, which is also brought about by friction at the interface between top-down and bottom-up interests, forms the city as the dominant living environment of the 21st century.

In the Global North, the term “smart city” embodies this positive change on a citywide scale. A smart city is resource-efficient, networked, and sustainable in order to achieve goals like CO2 reduction targets and meet the needs of an aging population. Such a city needs “smart citizens,” who form groups or launch citizens’ initiatives and take responsibility for their neighborhoods. The scaling of good ideas until they reach critical mass is essential for achieving change, similar to the trim tab that allows a tanker to alter its course.

2051—an Orwellian inversion of 2015, the year of the first Vienna Biennale—seems far away. By then today’s children and teens will no doubt be asking if we charted the right course. In light of dystopian prognoses about the future, the exhibition seeks out alternative narratives that are about the common good instead of the striving for growth.

Ten project teams that have already collected viable experiences in the urban sphere and come up with new strategies were invited to construct so-called “demonstrators” at various locations in Vienna. These are experimental prototypes for mobility, work, money, healthcare, housing, sustenance, hospitality, shopping, and entertainment in a context of urban daily life. Their example is instructive and provides a basis for negotiating the future. These visions are not based on futuristic scenarios, but on a philosophy of incremental change, which is already happening today on a small scale.

The demonstrators are also metaphorically located in HYPOTOPIA, a sprawling, fragmentary city model in the MAK exhibition. In addition to the ten blueprints for future urban development, other protagonists and strategies will be presented with the goal of animating visitors to take part in this transformation and in shaping their environment.

Stadtradio Orange [city radio Orange]
leads to the creation of a mind map for places of change in Vienna. 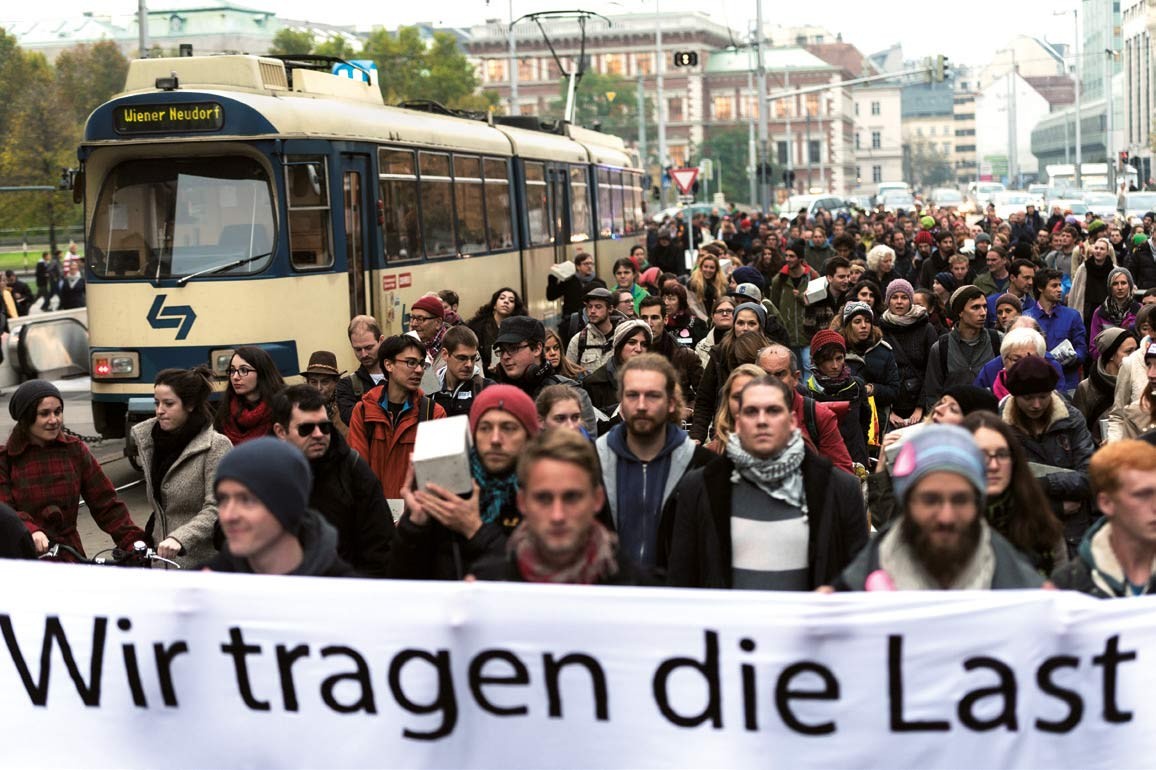 HYPOTOPIA–Milliardenstadt [billions city] demonstration procession along Vienna’s Ringstraße
in the course of which several tons of concrete chunks of the city model were brought to Parliament and disposed of, 2014 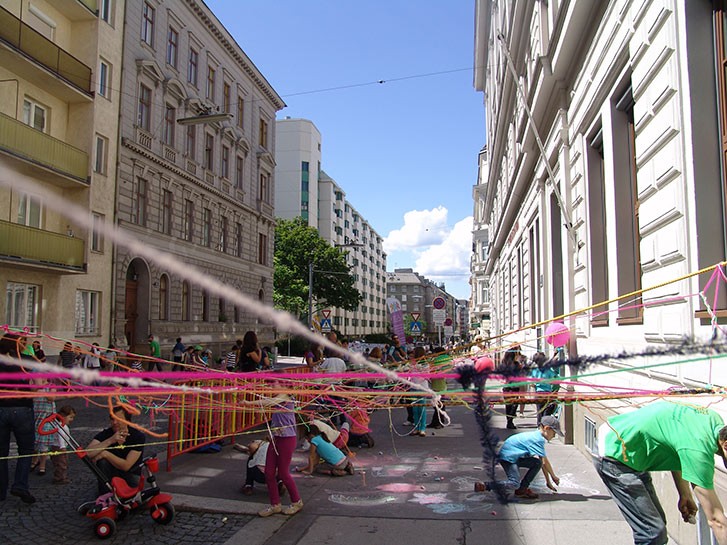