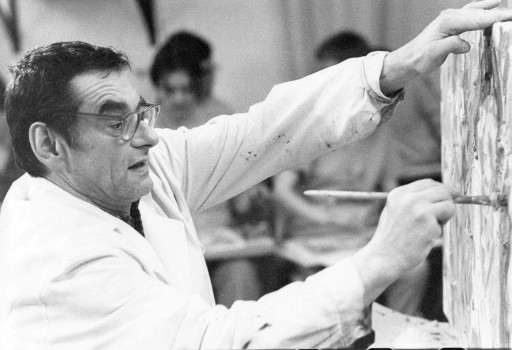 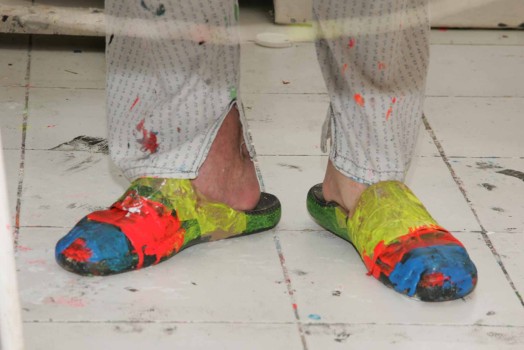 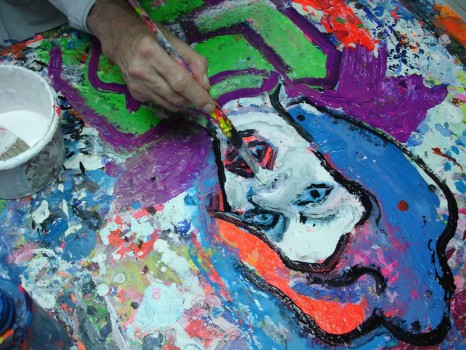 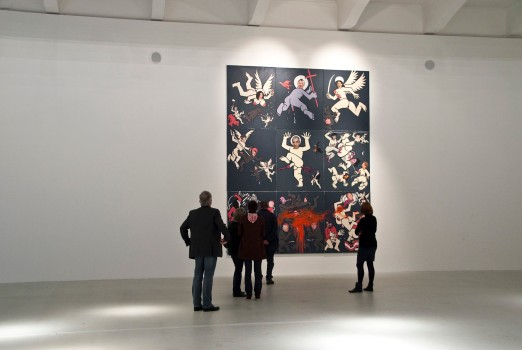 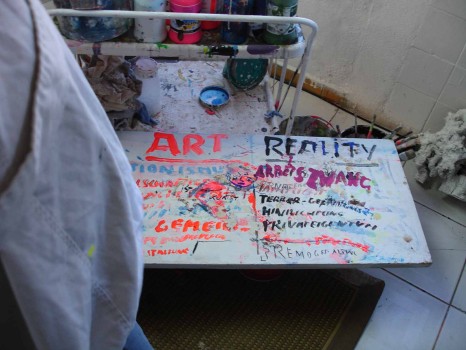 On the occasion of the 85th birthday of Otto Muehl, on June 16, 2010, the MAK was hosting the world première of the film “Becoming Otto” by Vincent Juillerat and the presentation of the newly adapted work „Apokalypse / Keinen Keks heute“.

Becoming Otto examines one of the most controversial and challenging artistic experiments of the 20th century—from Viennese Actionism to the events and experiences within the Muehl Commune. From the early 1960s onward, Muehl engaged in artistic research and strove for the unification of art and life. Muehl, who was inspired particularly by the works of Sigmund Freud and Wilhelm Reich, is viewed as the pioneer of a multitude of methods which are still used within the contemporary art’s scene today.


The evening continued with the presentation of the work “Apokalypse / Keinen Keks Heute” (Otto Muehl, 1998) in the central MAK Exhibition Hall.

After the paint attack carried out on the socially and politically critical, nine-canvas collage, which occurred in June 1998 during the exhibition Wiener Secession 1898–1998. Das Jahrhundert der künstlerischen Freiheit, a court prohibited the work from being exhibited again in Austria. In 2007, the European Court of Human Rights declared this decision to be “impermissible in light of the democratic freedom of opinion,” thereby lifting the ban. This controversial work—adapted for the MAK—will now be shown here until August 1, 2010. 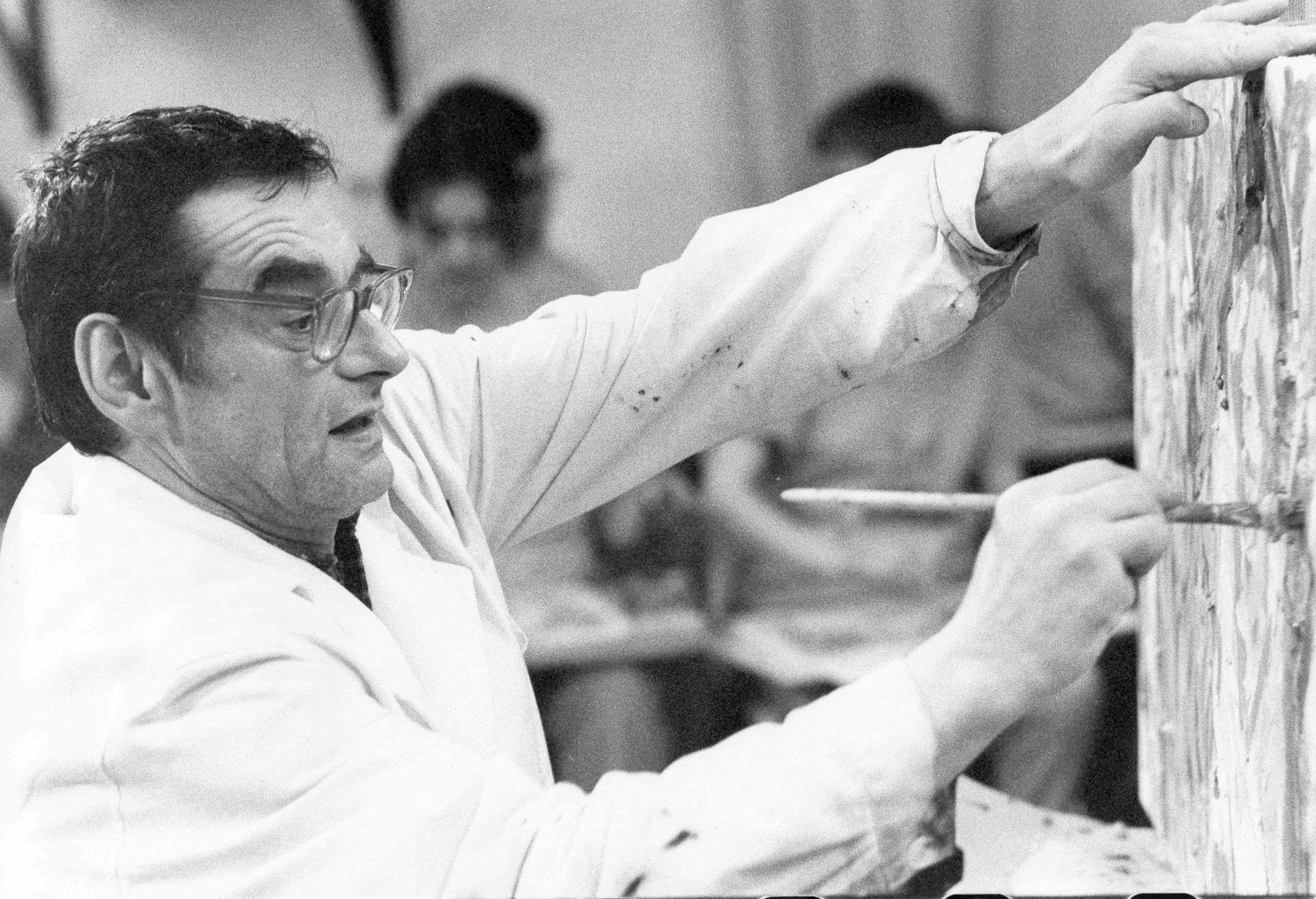 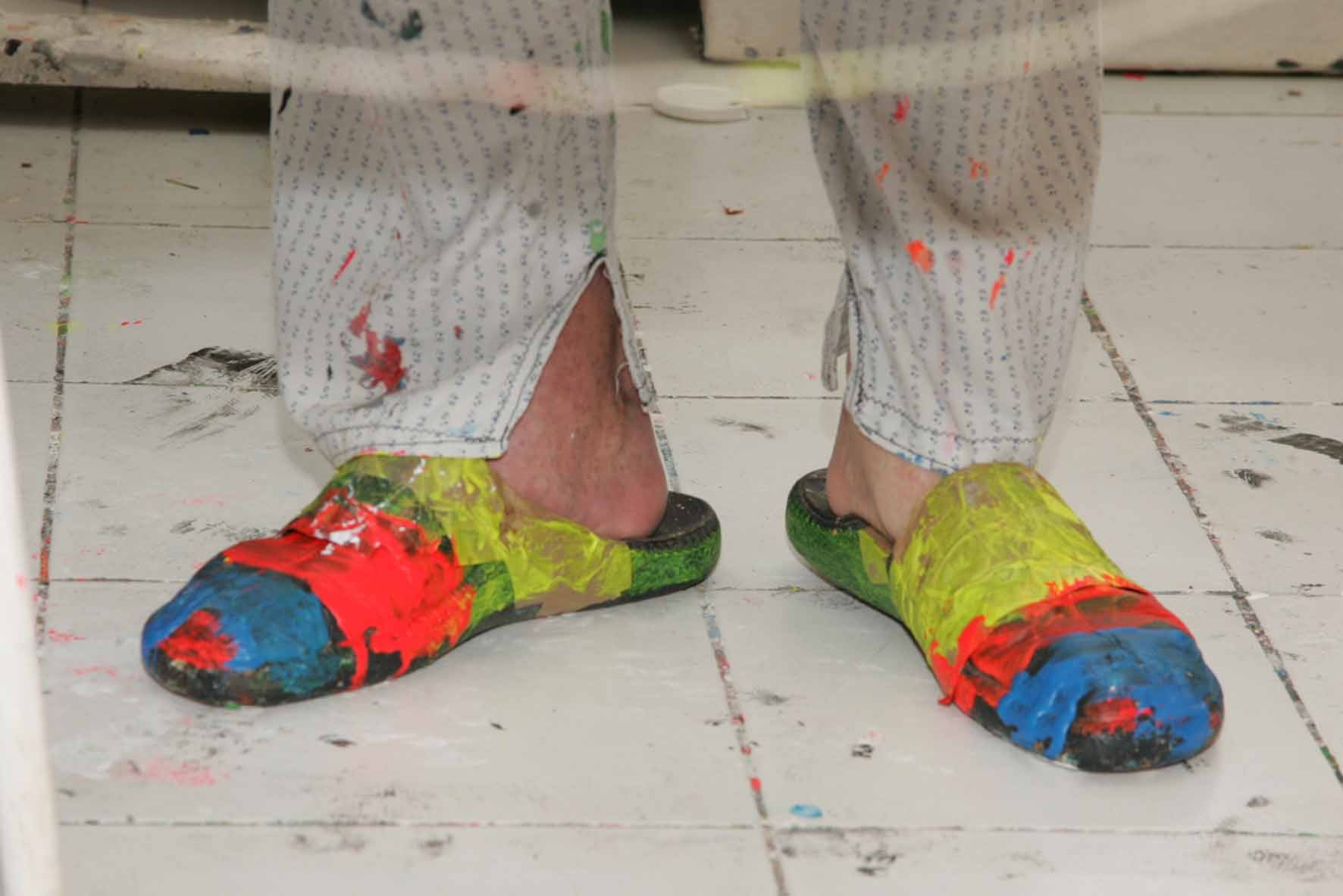 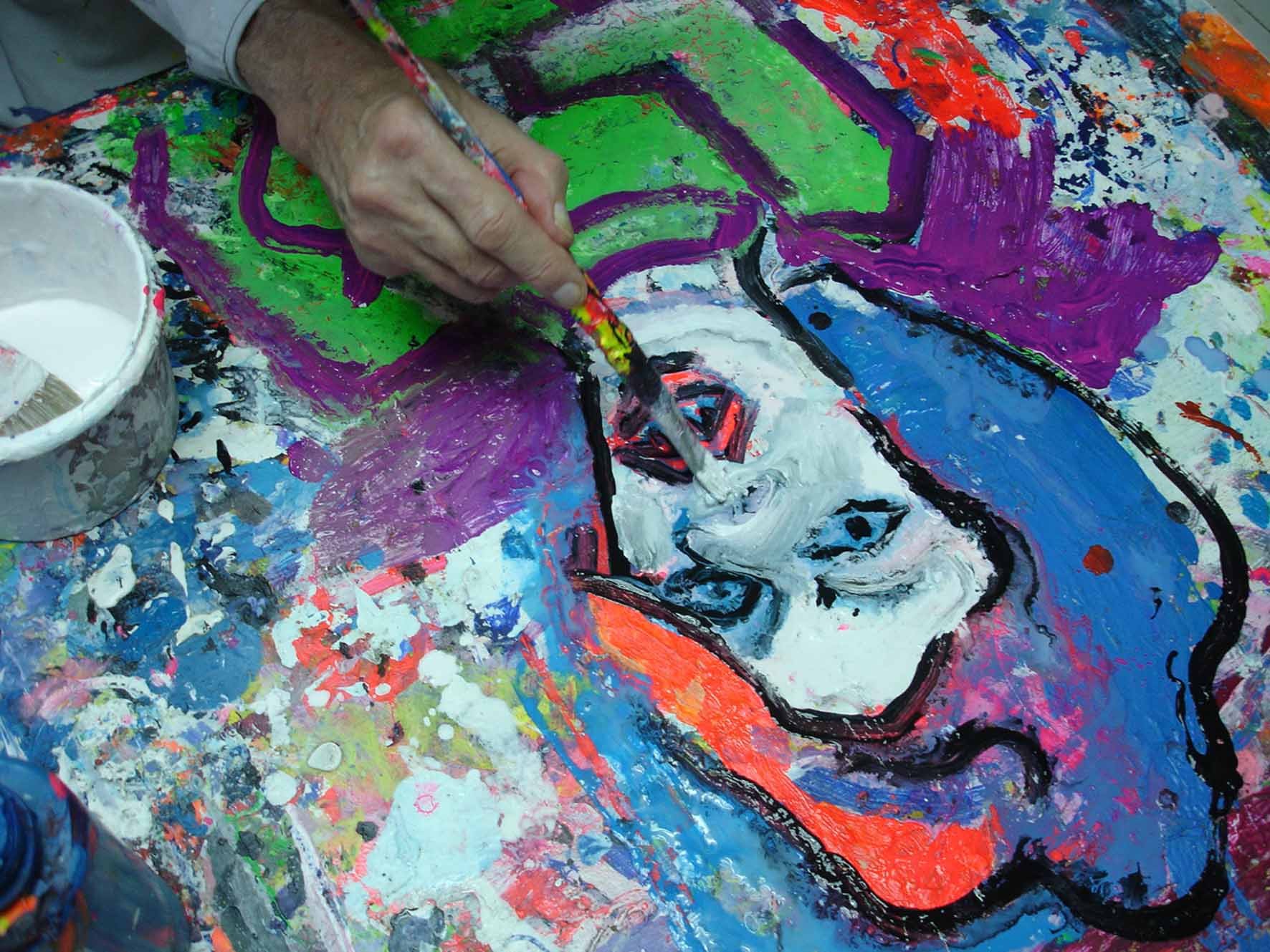 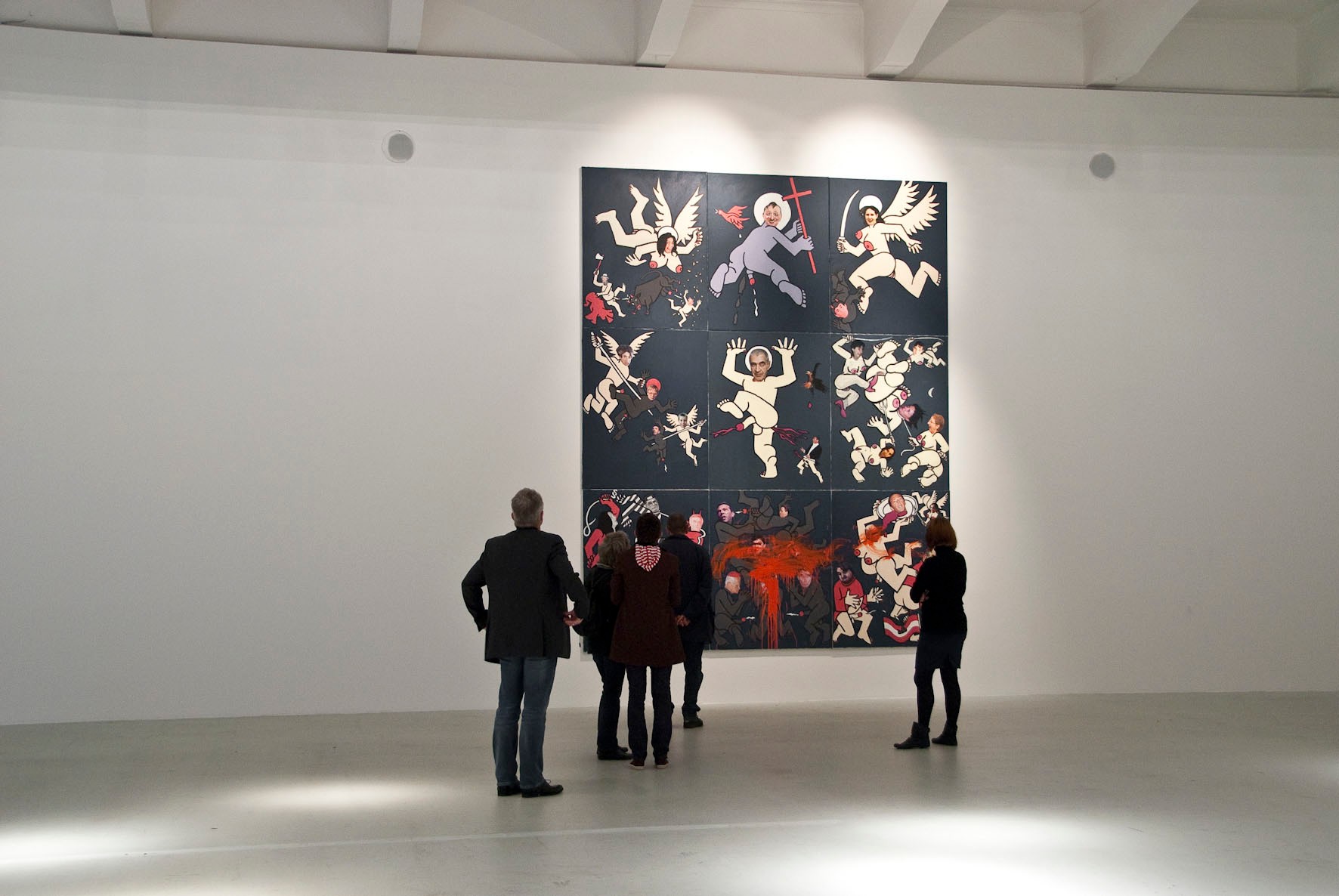