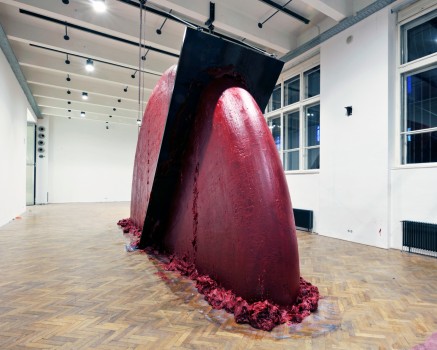 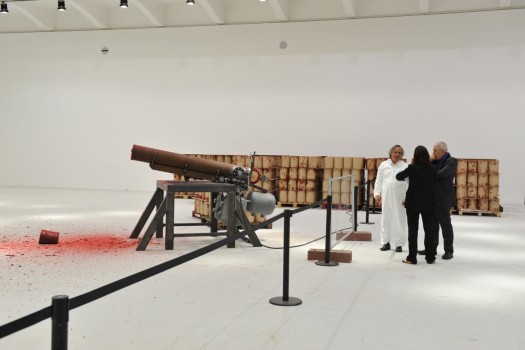 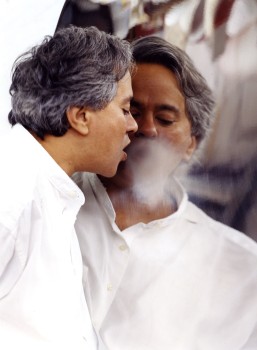 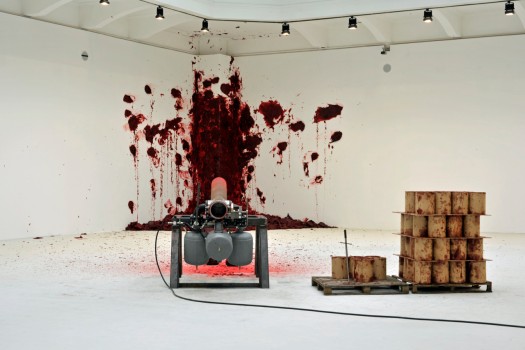 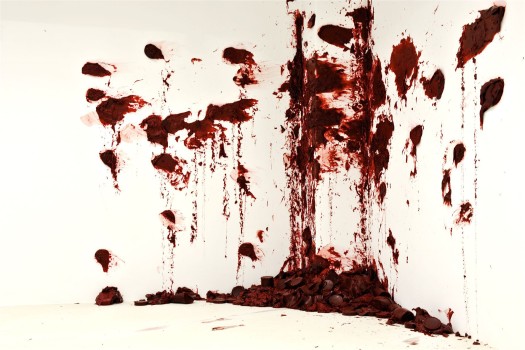 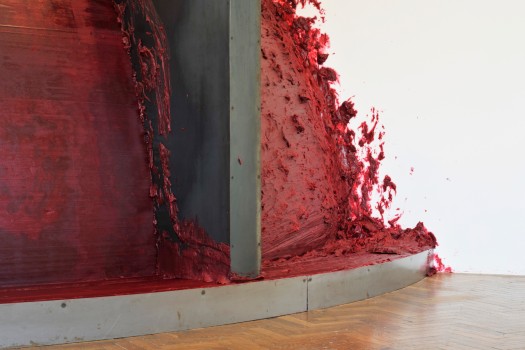 Anish Kapoor, born 1954 in Bombay (Mumbai), India, is one of the most prominent exponents of British sculpture; since the 1980s, his work has been shown in exhibitions worldwide, including, for example, the 1990 Venice Biennale or the 1992 documenta IX. In his earliest sculptures already—simple pigment-colored shapes rested on the floor—the artists created a widely varied œuvre of different materials such as stone, steel, and glass. In his objects, he negotiates painterly subjects—emptiness, absence, transformation and immateriality—, and reaches out beyond material concerns by addressing subjects such as belief, passion, or experience.

The MAK presents four large wax works by Anish Kapoor, three of which were developed especially for this show entitled “Shooting into the Corner”. The objects provide a survey of Kapoor’s most recent work. Since 200, the artist has intensively explored the possibilities of wax as an art material which is produced especially for him. The artist adds pigment to the wax to achieve his typical object coloring. On view in the central exhibition hall will be a work entitled “Shooting into the Corner, 2008/2009”: a catapult that shoots prefabricated projectiles against the wall of the exhibition hall at a speed of about 50 kilometers per hour. This work in progress by Anish Kapoor will be continuously gaining mass and expanding into space so that the sculpture created by the artist with the help of a machine will have a total weight of about 20 tons by the end of the exhibition. The abstract-poetical œuvre of the Turner Prize winning sculptor is impressive because of its inherent spirituality and transcendence which have their roots in the Indian background of the now London-based artist.

"I have always been interested in objects that have this sense about themselves- that they were not made, but that they were always there. It's related to a very old aspect of Indian thinking that there are certain kinds of objects that are self manifest: they make themselves. The strange thing about these objects is that they still were made." (Anish Kapoor) 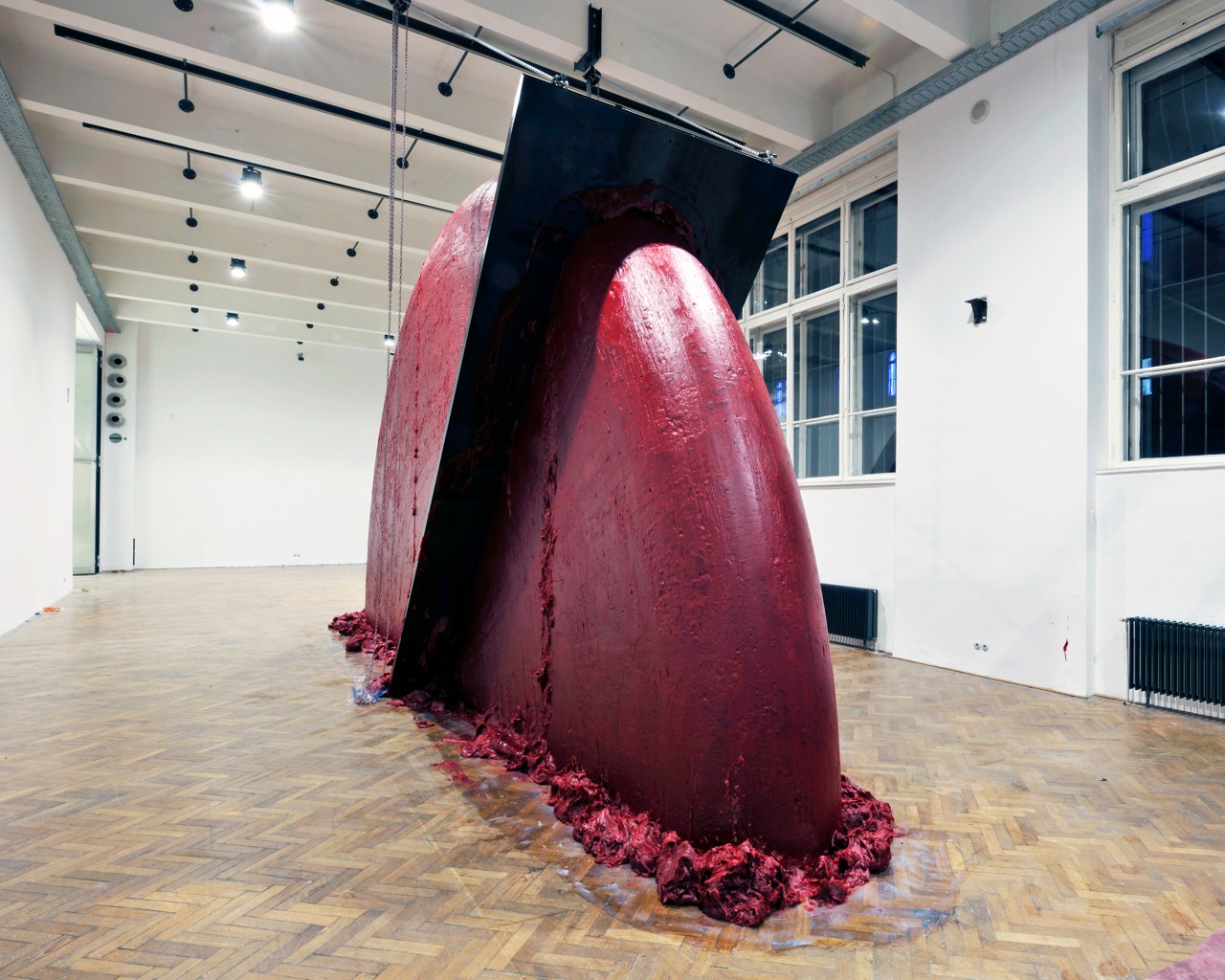 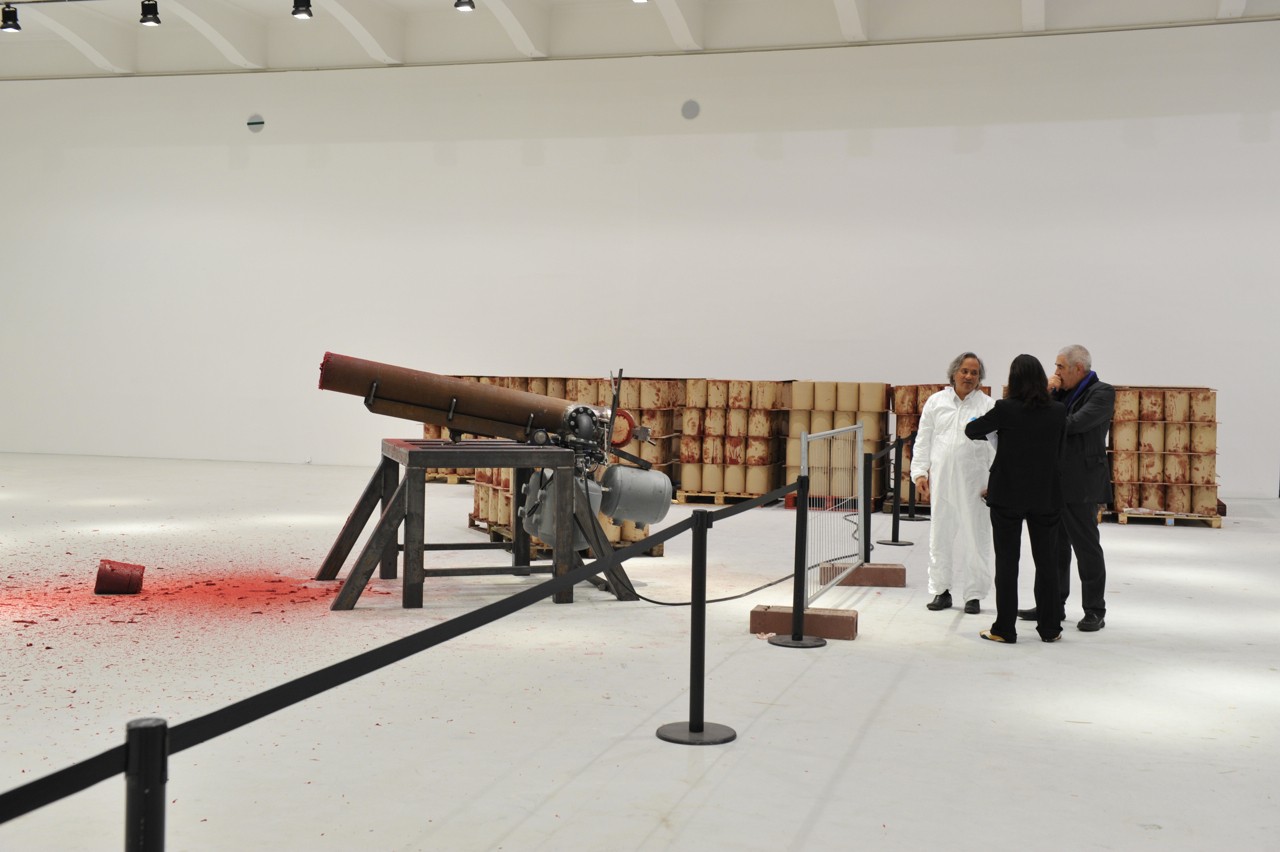 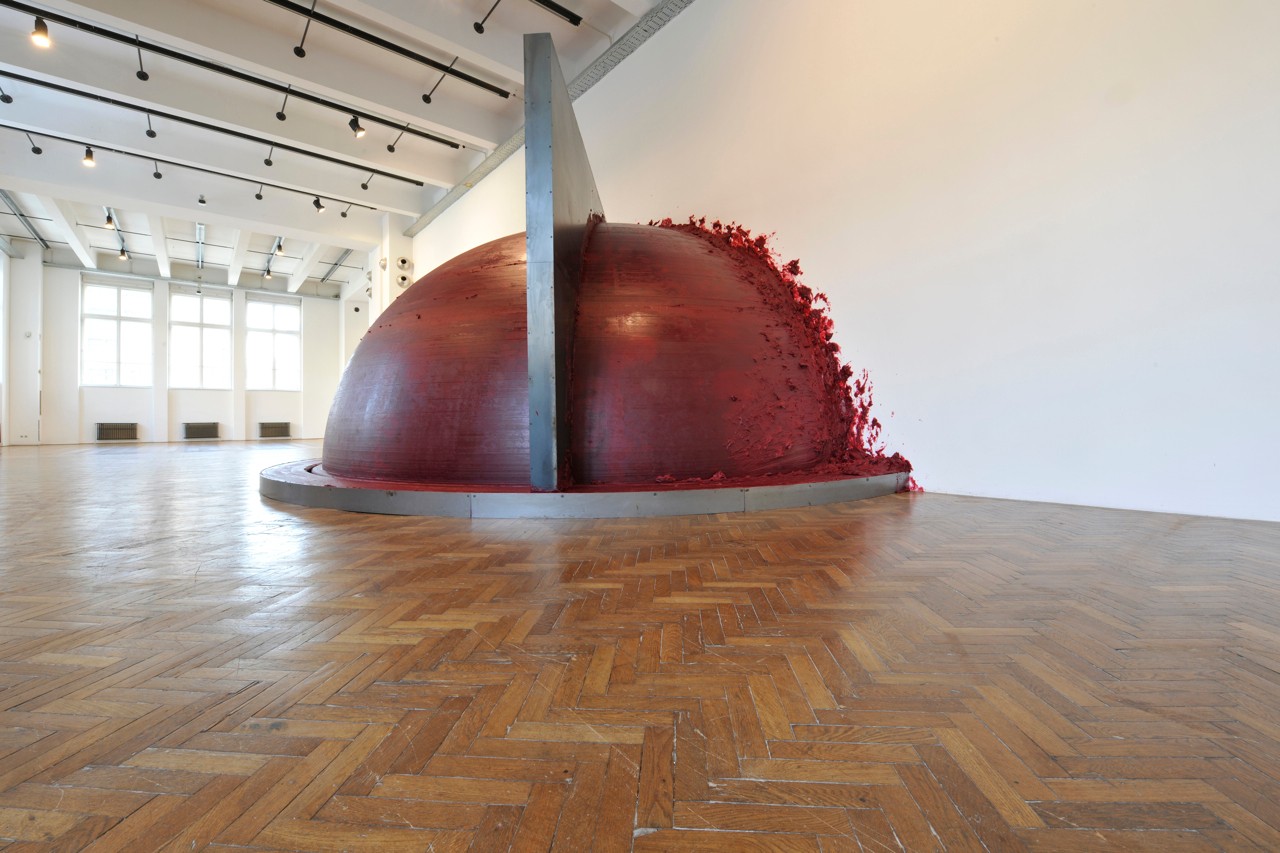 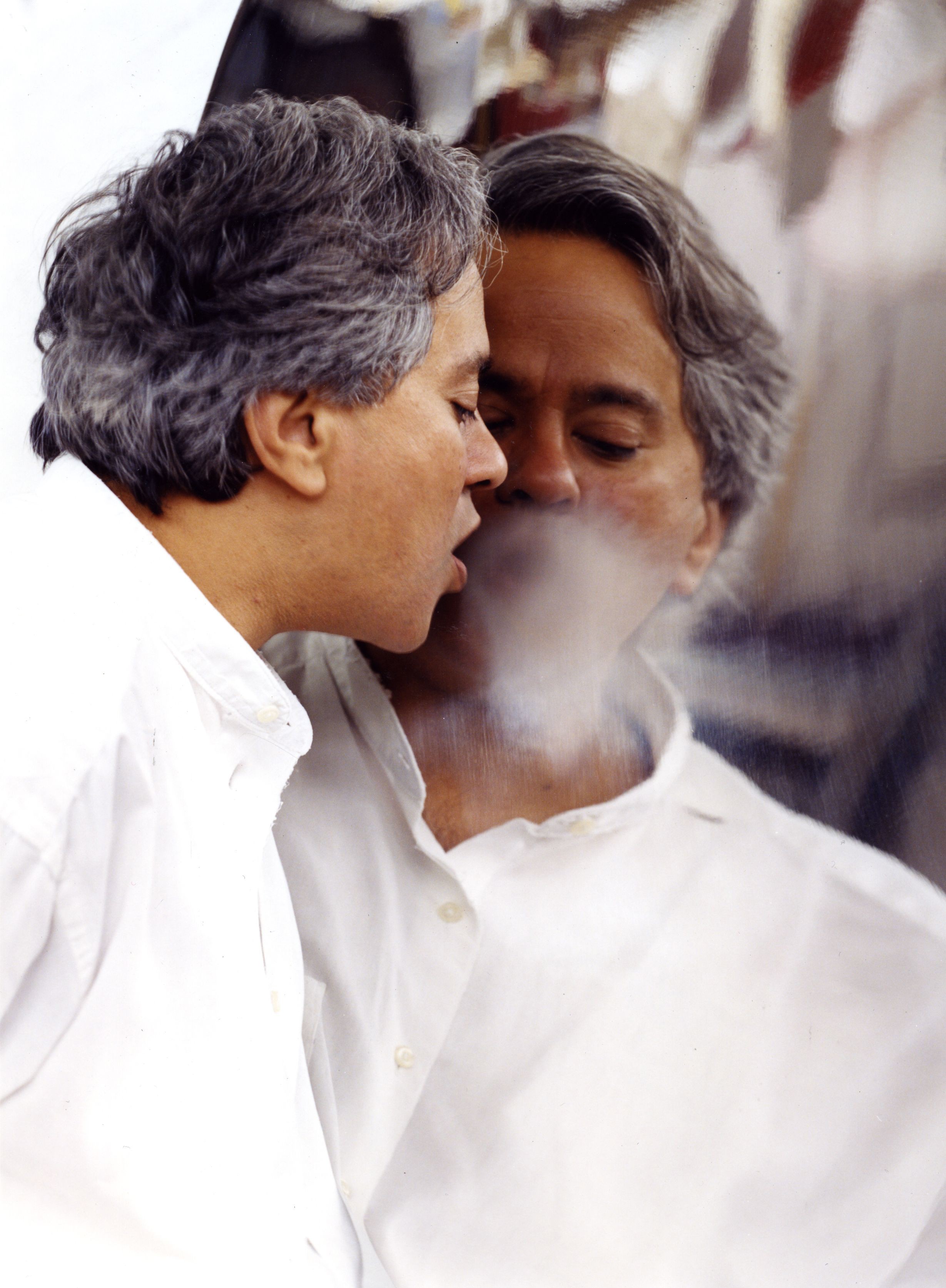 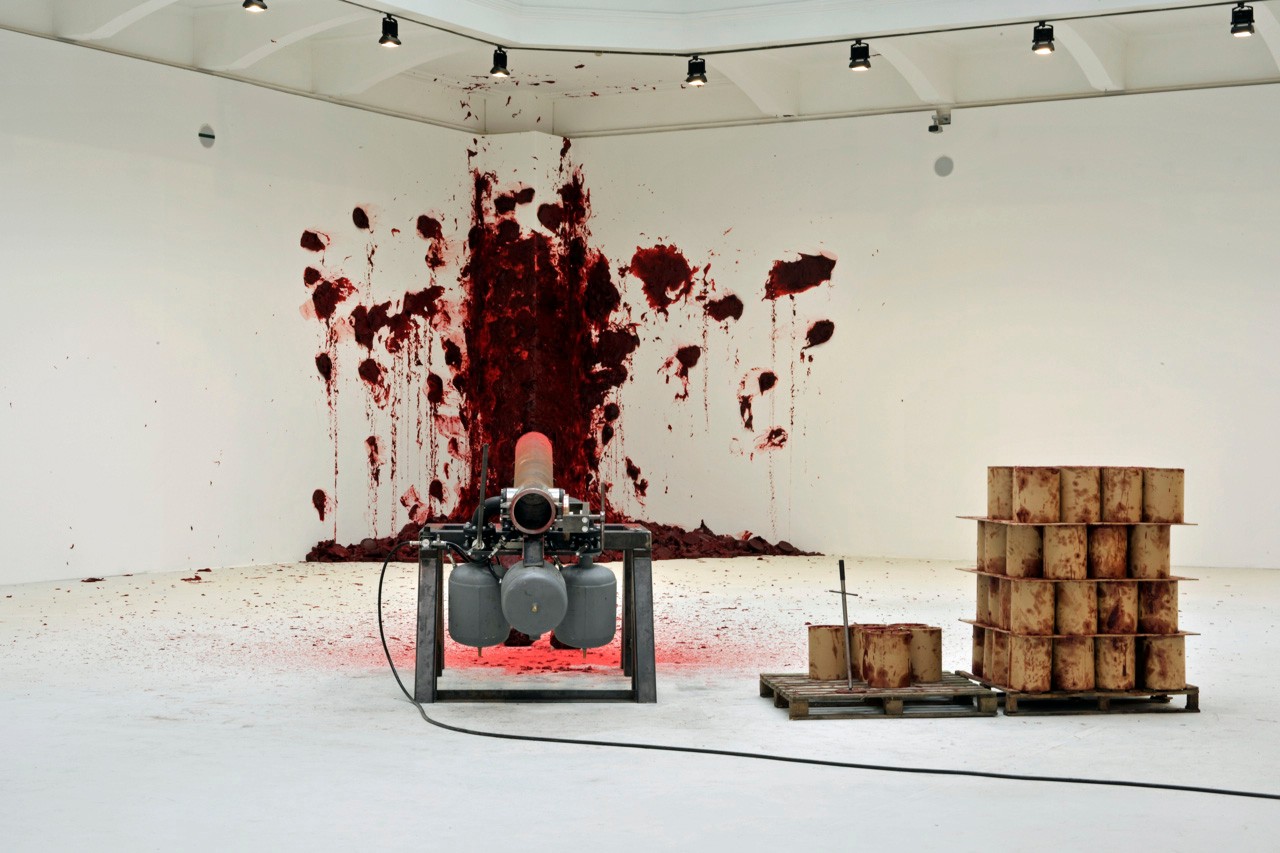 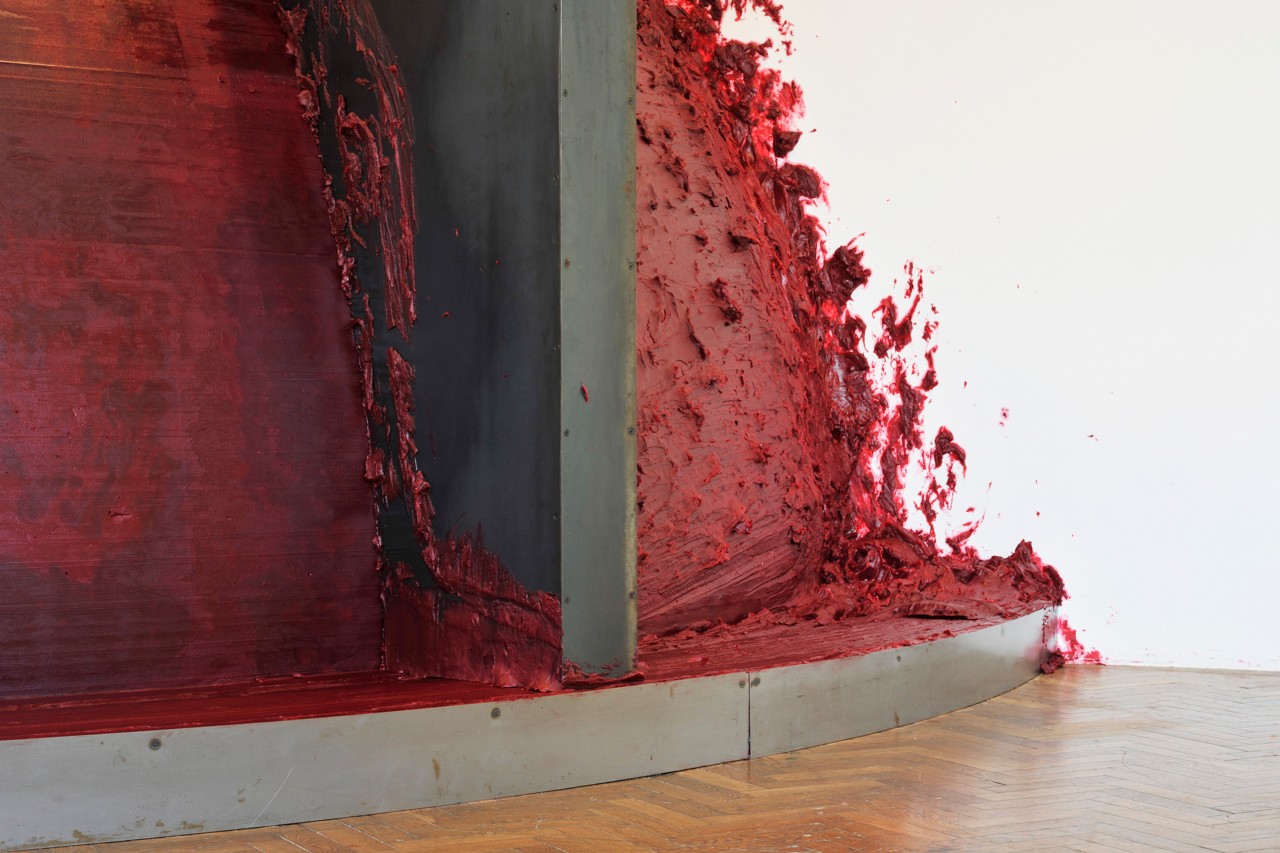