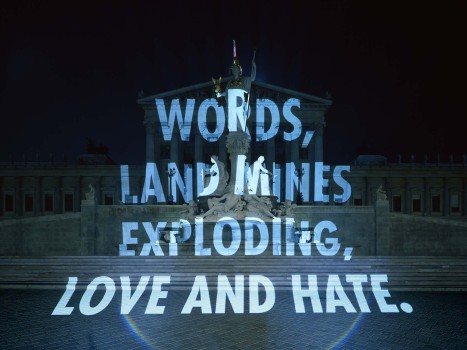 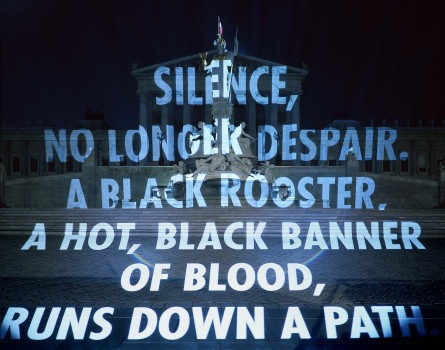 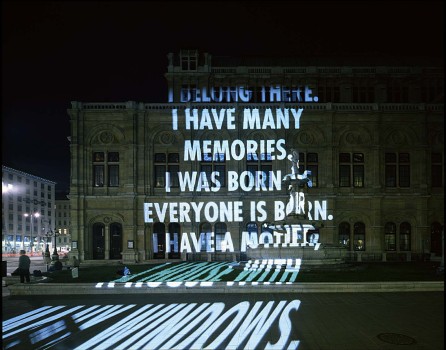 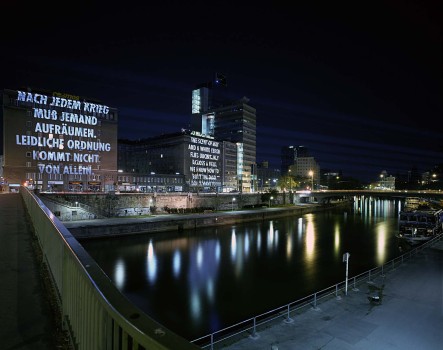 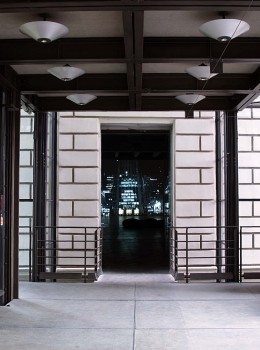 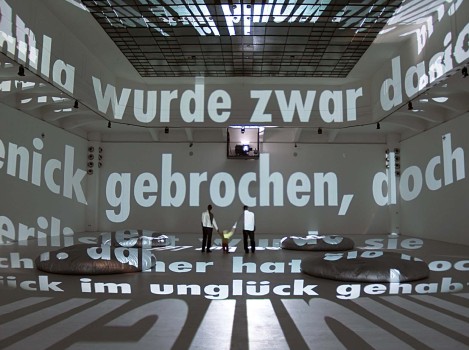 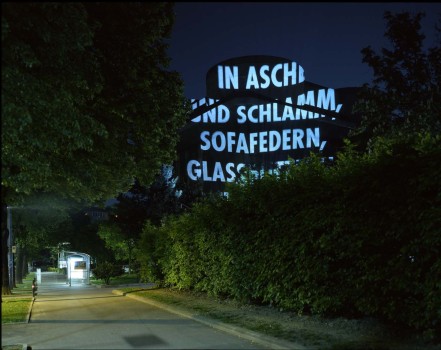 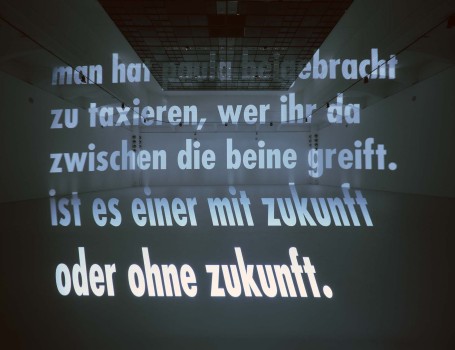 Ever since the 1970s, writing has been central to the work of American installation artist Jenny Holzer. She conveys messages in, and to, the public realm. Catchiness and media presence are important criteria in her choice of medium, as her work is aimed primarily at the chance observer. The artist's texts appear on posters, T-shirts, park benches, electronic billboards, LED signs, and more recently, as light projections. In 1996, Holzer began using large-scale night-time projections to illuminate buildings, rivers, mountains and other public sites with her pointed, sometimes trenchant, messages-from one-liners to complex elegies, from flat truisms to intimate personal reflections.

In the MAK exhibition entitled "XX," which was developed by the artist for the MAK, Holzer encourages public conversation about literature, art, and their relation to political events. "XX" consists of several elements that reveal recent preoccupations of Holzer. Central to the show is an installation in the MAK Exhibition Hall featuring the first indoor light projection created by Holzer. Texts by Austrian Nobel Prize winner Elfriede Jelinek will immerse the space in a sea of language.

In addition, "XX" will extend to the public sphere of Viennawith a series of light projections. Prominently stately buildings lined up along the Ringstraße Boulevard-for example the House of Parliament, the City Hall, the Presidential Office, the National Library, the State Opera-will serve as projection surfaces. While previously Holzer primarily worked with her own texts, here she also will present poetry from Wislawa Szymborska, Yehuda Amichai, Henri Cole and other internationally recognized poets. The indoor and outdoor projections will be complimented by documentations of Holzer's artistic work.

The artist, born in 1950 in Ohio, is represented in collections of the leading museums of the world, including the Museum of Modern Art, the Guggenheim Museums in New York and Bilbao, and the Centre Pompidou in Paris. In 1990, Holzer represented the USA at the Biennale in Venice. For the MAK, Holzer designed the Empire Biedermeier display room, and in 2002, staged a projection at the Arenbergpark Defence Tower, which houses the MAK Depot of Contemporary Art. She also developed a proposal for the CAT-Contemporary Art Tower project. 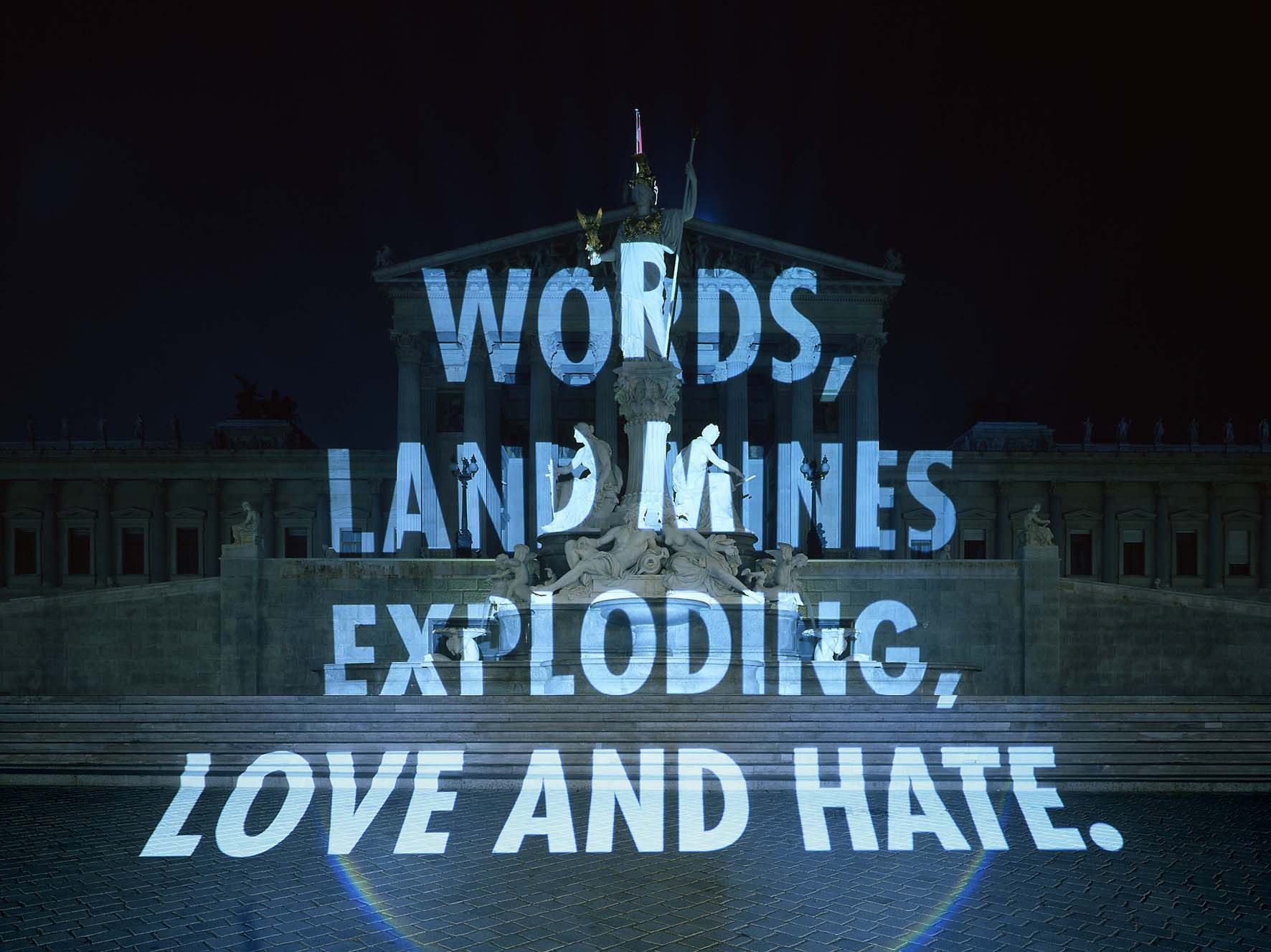 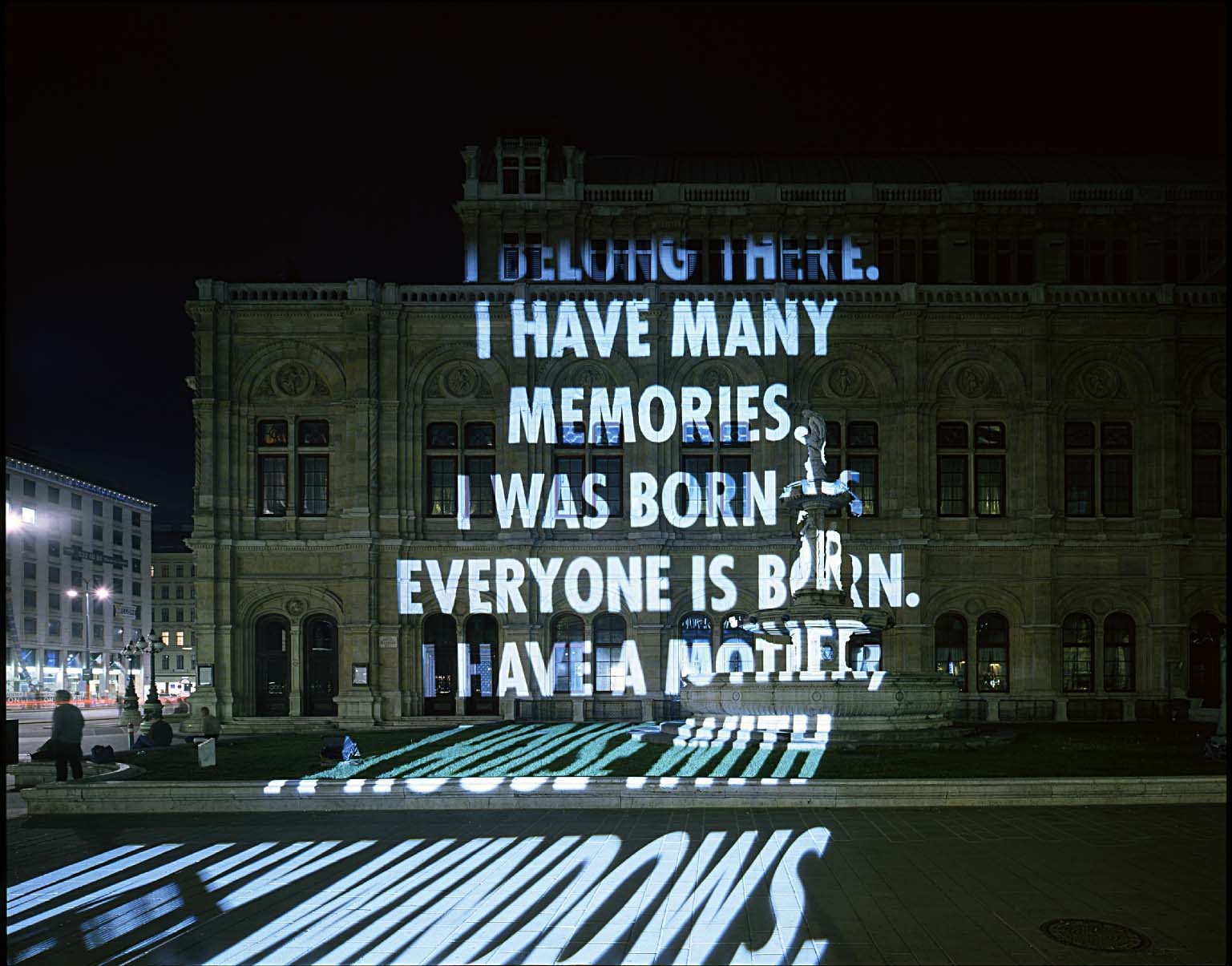 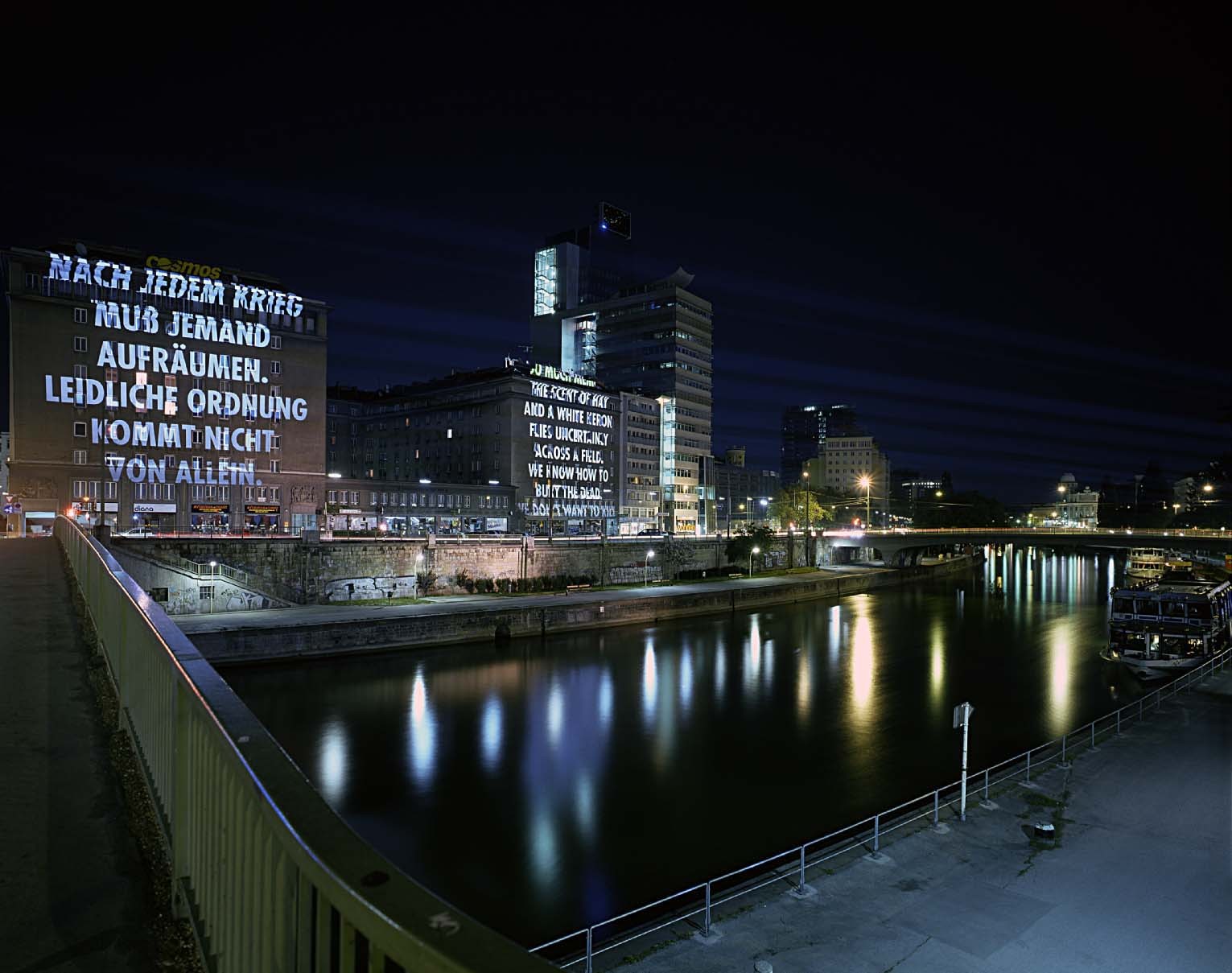 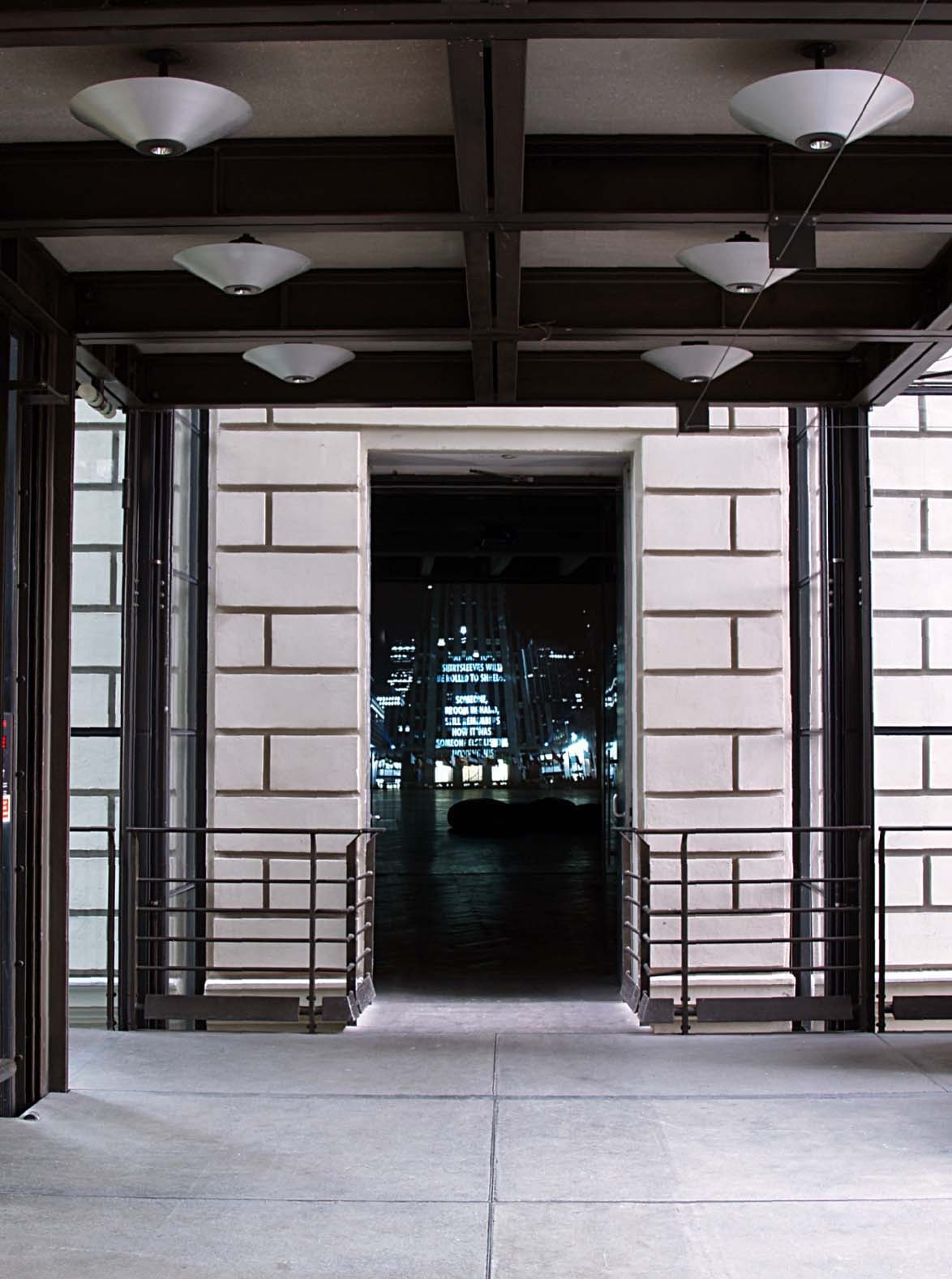 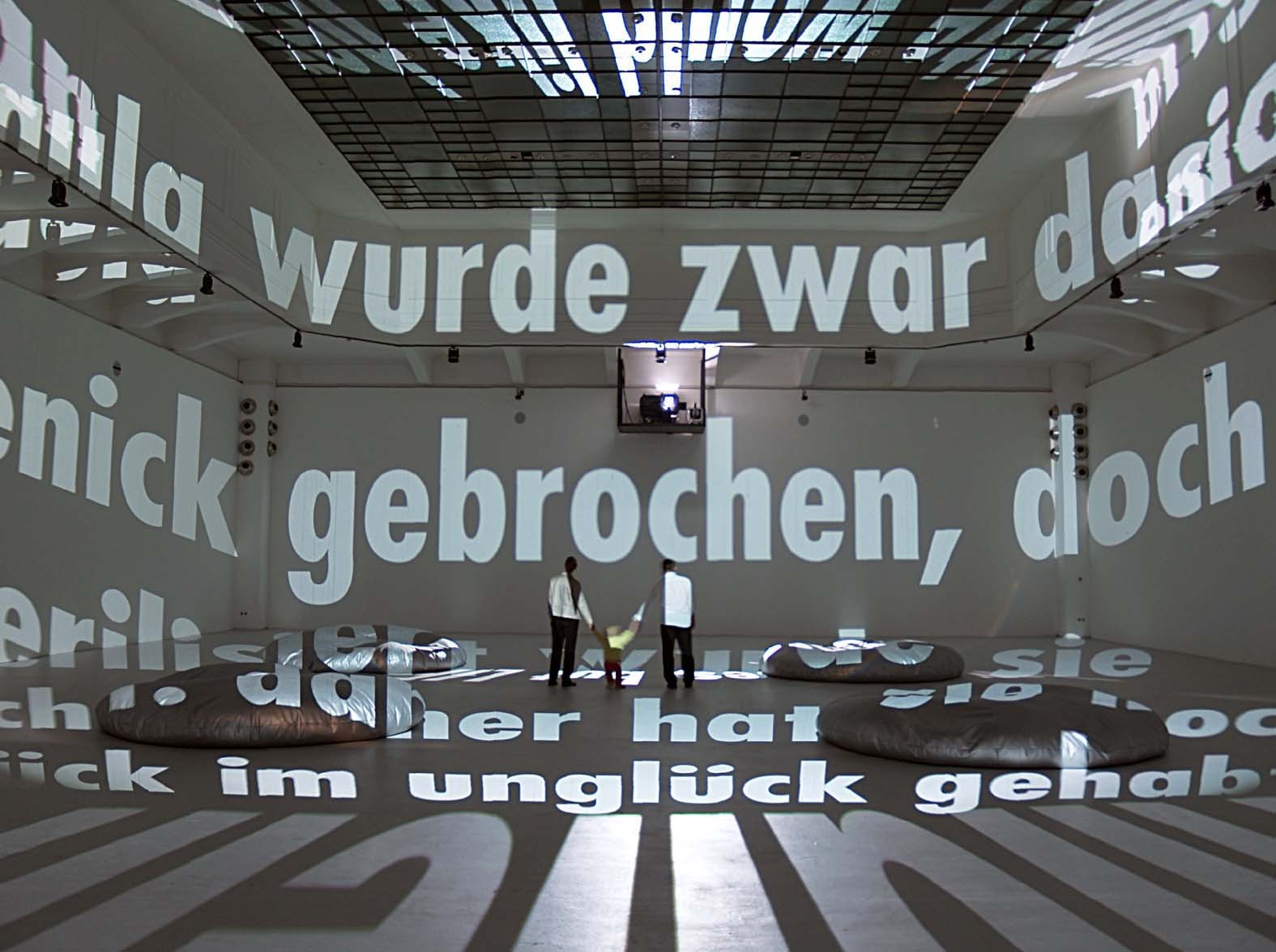 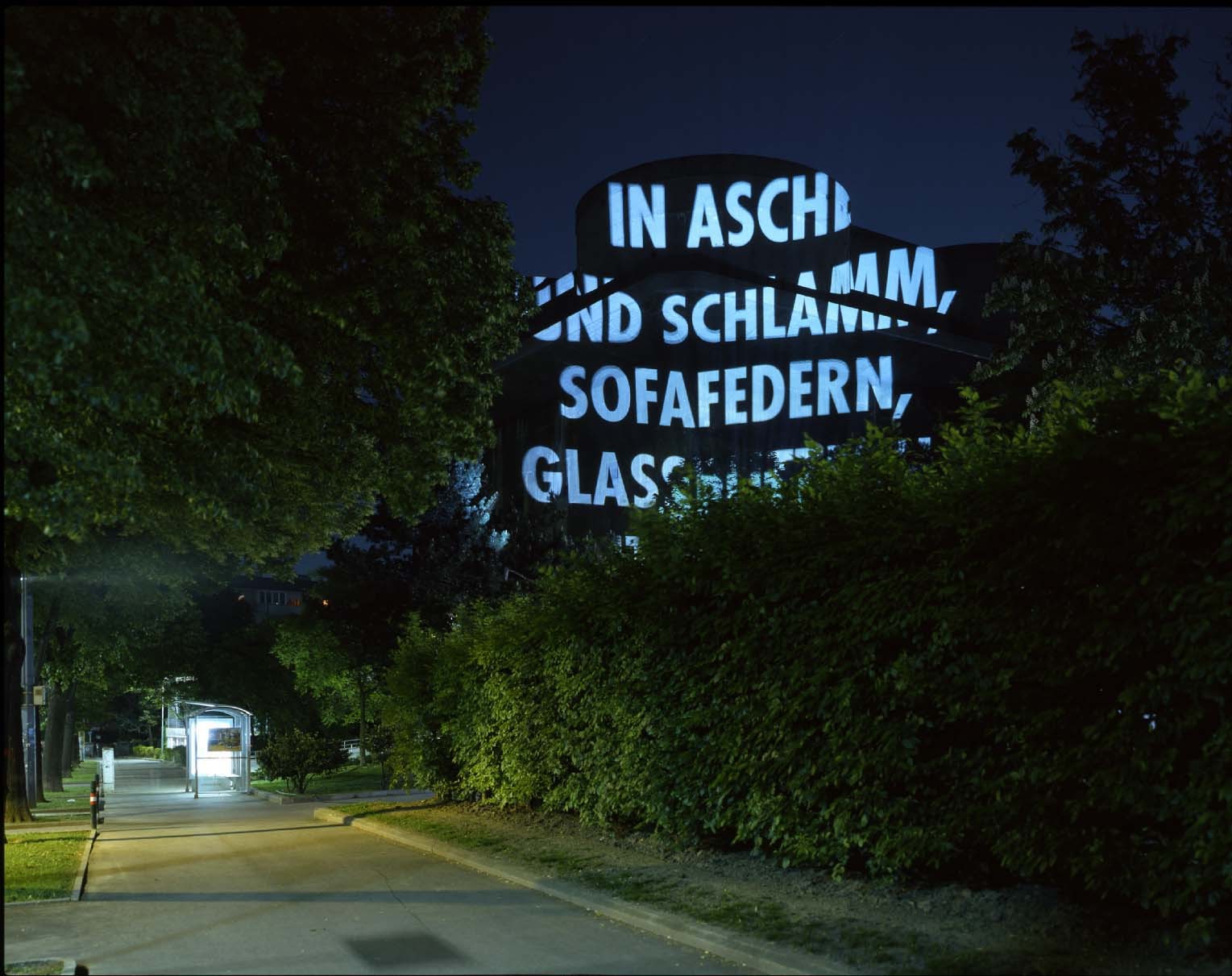 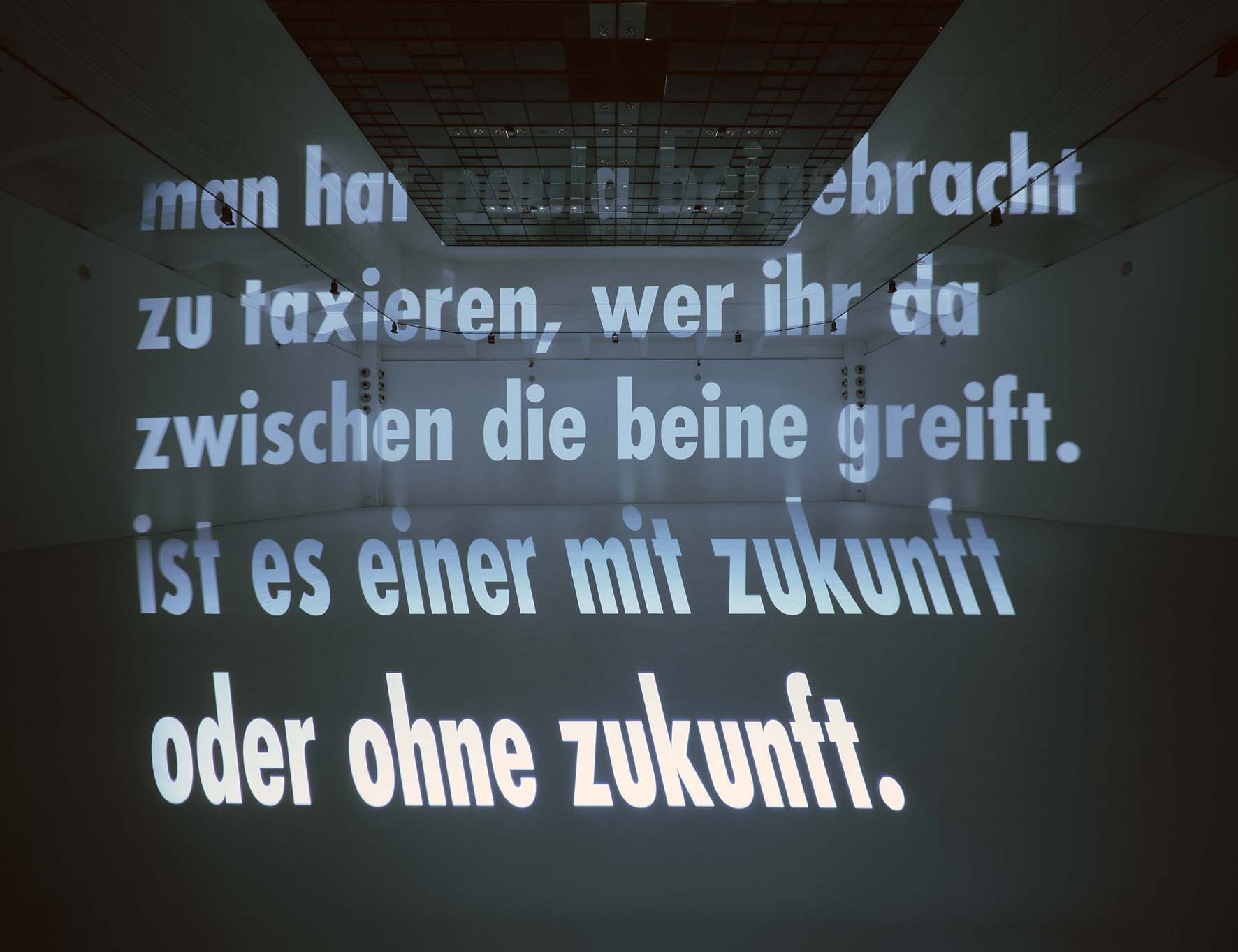