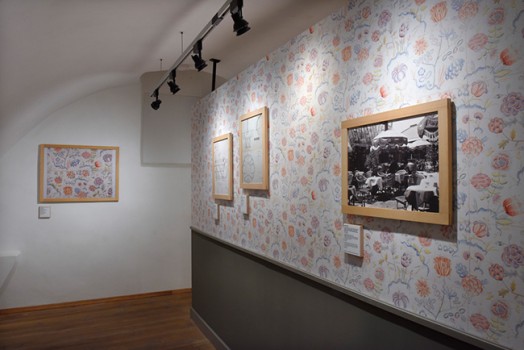 Josef Frank, Photograph of the Café-Hof of the Austrian section at the Exposition internationale des Arts décoratifs et industriels modernes 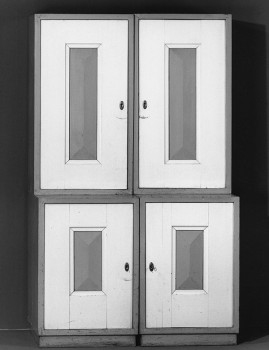 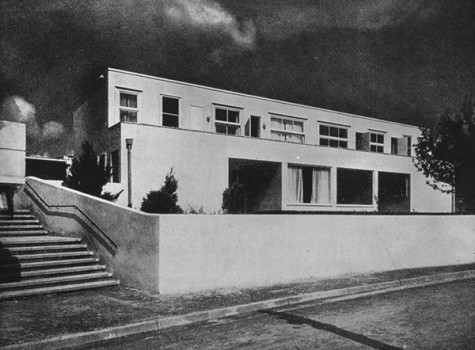 in Stuttgart at the Werkbund exhibition, 1927 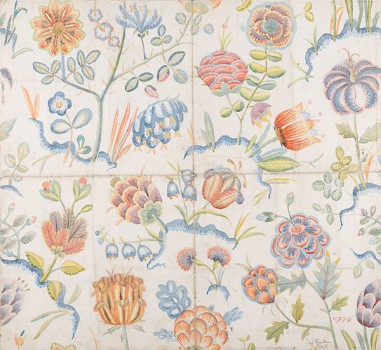 (A joint branch of the Moravian Gallery in Brno and the MAK, Vienna)

This year, with the exhibition Josef Hoffmann – Josef Frank. From “Endless Trimmings” to an Open System, the Josef Hoffmann Museum in Brtnice is dedicating itself to the relationship between Josef Hoffmann and Josef Frank. The exhibition is thematically linked to the monographic exhibition JOSEF FRANK: Against Design at the MAK in Vienna. This is the first exhibition to show works by Frank in the Czech Republic, which juxtapose his free and individual, open system of design with Hoffmann’s idea of the overall design of furnishings—his “trimmings thinking.”
In various ways, the work of Josef Frank prior to his emigration to Sweden in 1933 was closely connected to that of Josef Hoffmann. Frank was a founding member of the Bund Österreichischer Künstler [Association of Austrian Artists], the so-called Kunstschau [Art Show], in which Hoffmann assumed the lead role, and he frequently worked on projects by Hoffmann and for the Wiener Werkstätte until 1920, for example, the Landhaus Primavesi in Winkels dorf (1913/14). Along with Josef Hoffmann, Josef Frank took over the structural design teaching subject from Heinrich Tessenow at the Vienna School of Arts and Crafts, where he taught until 1926. Josef Hoffmann and Josef Frank also often worked together in the in the context of the German and Austrian Werkbund, for example, at the Werkbund exhibition of 1930 and the Vienna Werkbundsiedlung in 1932.
In the context of the exhibition it becomes clear how important Hoffmann’s position at the beginning of modernity was to the architects and designers following him who were to ultimately internationalize the “Viennese style.” Josef Hoffmann, professor of architecture at the Vienna School of Arts and Crafts since 1899, also remained committed to the “trimmings thinking” propagat ed by himself and the Wiener Werkstätte even after 1920. By way of contrast, Josef Frank was a prominent pioneer as an architect and decorator, and was himself a member of a young generation of teachers at institutions like the School of Arts and Crafts, the Academy of Fine Arts Vienna and the Vienna University of Technology that was searching for a new style in applied arts after the end of World War I and that gradually replaced the style of Hoffmann.
In their creations and exhibition designs,they realized that which had previously been adopted in Art Nouveau by the artist-architect with an ambition toward overall design. A variety of impulses were absorbed in the process, from the Arts and Crafts movement through architectural forms of the Italian Renaissance to popular ornaments. Furniture and interior design no longer followed a shared dominant style, but instead a set of shared design maxims, which included white walls, furniture forms of a light design and a joy in ornamental detail. With this in mind, they advocated more liberality in institutions, a “democratic” way of living and designing, oriented to the model of Adolf Loos, who had already claimed in 1898 that one had to “live a room in” just like one had to play in a precious instrument.

The exhibition was held under the patronage of the Embassy of the Czech Republic in Austria. 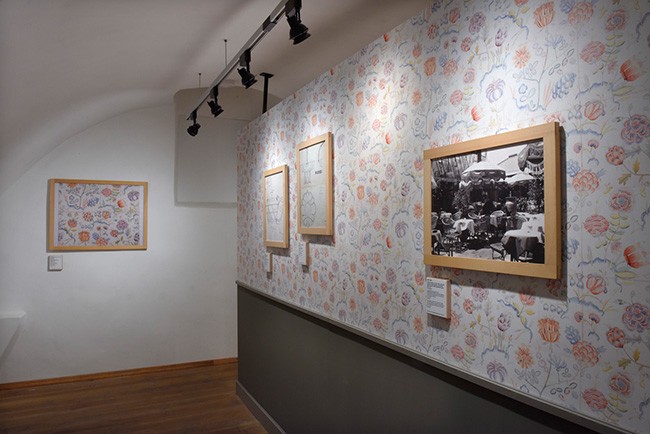 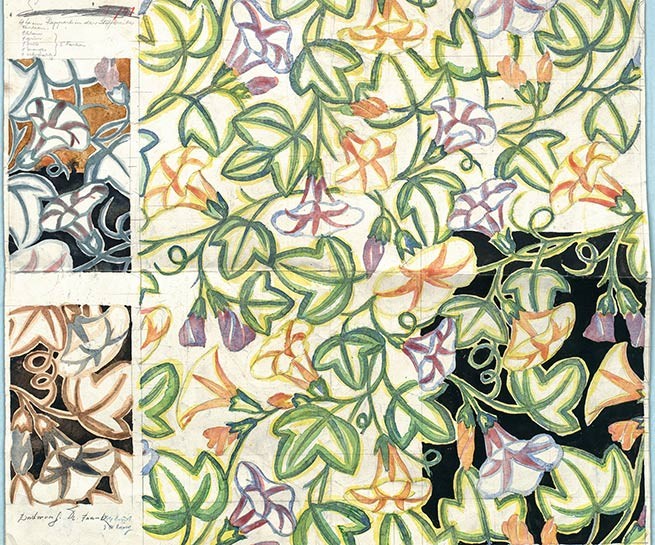 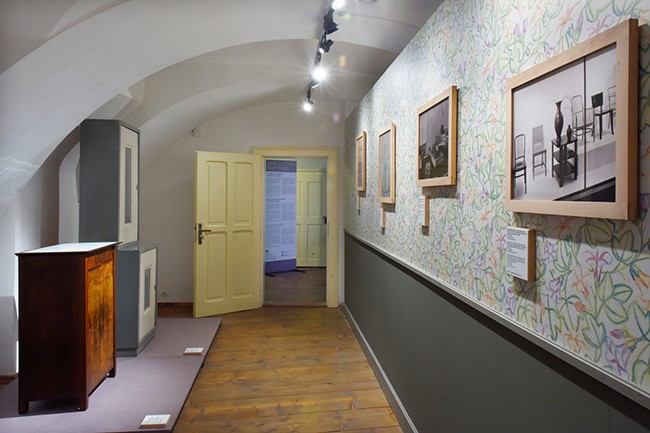 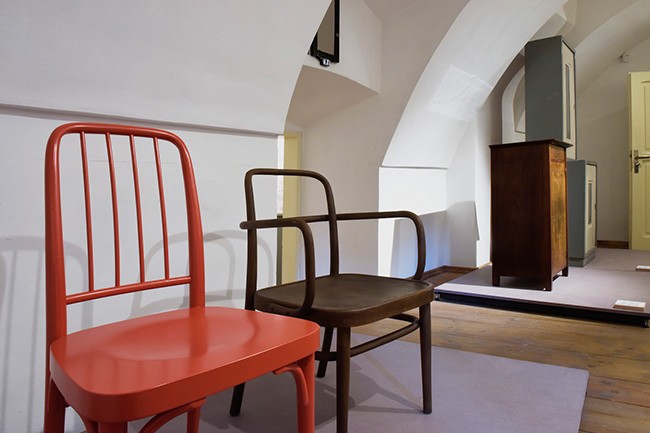 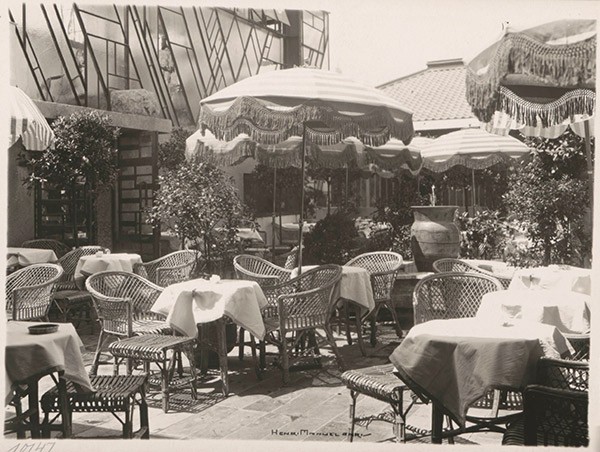 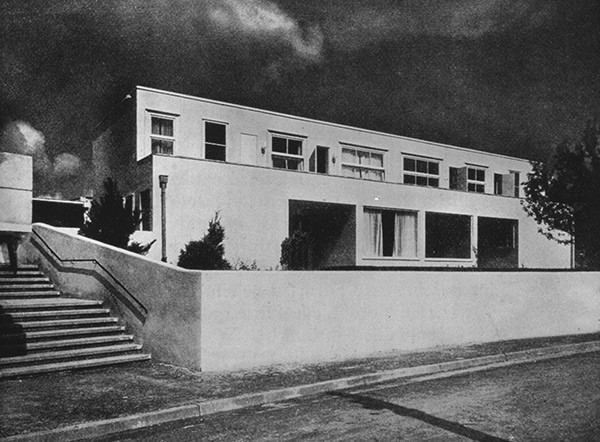 Josef Frank, Apartment building in the Weißenhof housing estate
in Stuttgart at the Werkbund exhibition, 1927 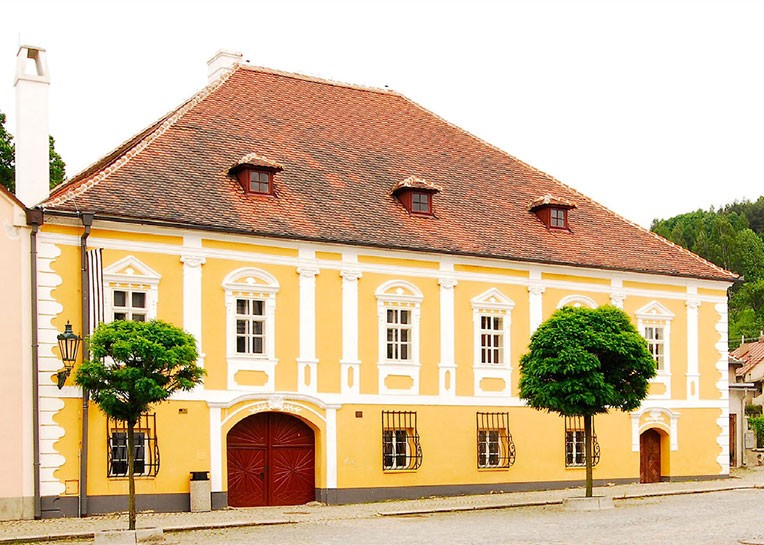 (A joint branch of the Moravian Gallery in Brno and the MAK, Vienna)