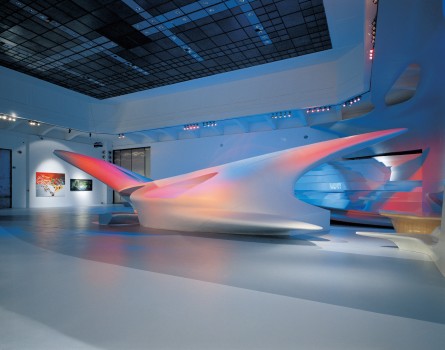 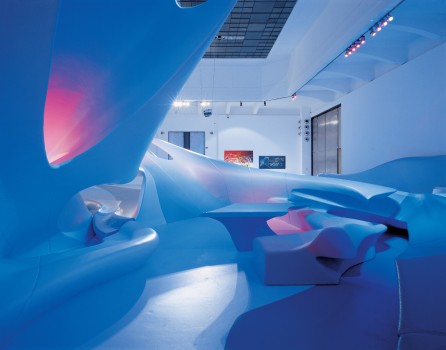 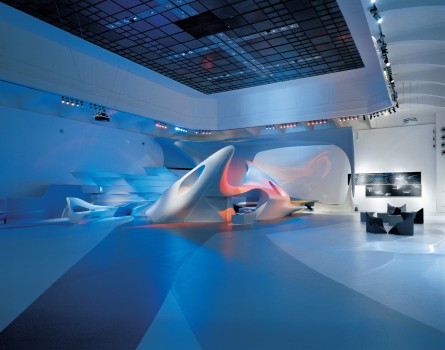 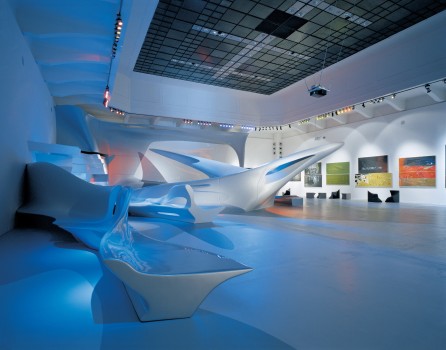 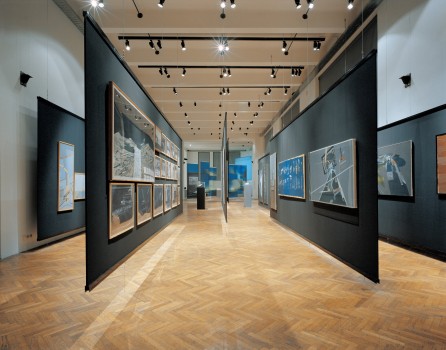 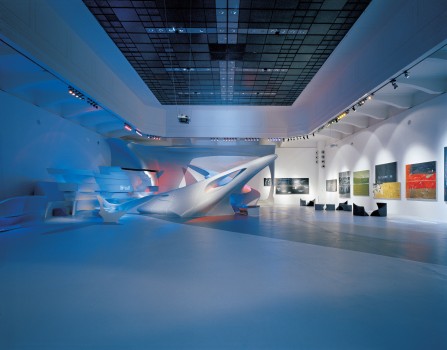 The ZAHA HADID OFFICE is widely known in international design and academic discourse as a leading practice in the exploration of architectural form and its graphic representation. This exhibition displays current and recent projects in Europe, North America, and Asia. The wide range of work on exhibit includes a large-scale urban plan; international design competition proposals; building designs for contemporary cultural facilities; sports facilities; documentation of current projects under construction, and completed buildings and installations.

Many of Zaha Hadid's commissions were attained through the processes of open and invited international design competitions. Hadid has received the highest distinction in several design prizes over the past decade. Her winning competition projects on display in this exhibit include the Rosenthal Center for Contemporary Art, Cincinnati, Ohio

Following her education at the Architectural Association in London and work with the Office for Metropolitan Architecture (OMA) in the mid-1970s, Zaha Hadid's own practice began with the first-place design for the Hong Kong Peak International Competition (1982-83). Her Vitra Fire Station, along with the Rosenthal Center for Contemporary Art, Cincinnati, currently under construction, and the "Vista" Master Plan for Singapore, are a few among many projects that exemplify the breadth and depth of Hadid's architectural vision.

Zaha Hadid characterizes her architecture as expressing a sense of motion. Like a "controlled explosion, it is concerned with composing intersecting paths, routes, and volumes in forms that are dynamic rather than static." The Vitra Fire Station employs polygons and triangular structures that slash through space, creating movement through actual and perceived time. Hadid is also influenced by modern infrastructure, taking inspiration from the language of highway engineering. The bundling and separating of motorways and intersections served as a visual precedent for Landesgartenschau, the garden exhibition center in Weil am Rhein, Germany. The project's site is embedded in the surrounding landscape and crossed by ramps and walkways, which splinter and split the site.

Another important aspect of Hadid's vision is her interest in the rigorous interface between architecture, landscape, and geology as she integrates natural and human-made systems that lead her to experiment with video, digital imaging, and physical modelling. Such a process often results in unexpected and dynamic architectural forms moulded by the realities of site and building requirements, as illustrated in the design of a Car Park and Terminus Hoenheim North in Strasbourg, France.

To Hadid the topologies of streetscapes and urban street patterns contribute to our landscape. In the Rosenthal Center for Contemporary Art, the urban carpet - the street grid of the city - enters and generates the primary building form. As the exhibition demonstrates, the work of Zaha Hadid Architects exemplifies the processes and products of visually rigorous architectural design research. While experimentation is always challenging, in architectural practice it is especially risky, requiring skillfull forms of persuasion. However, in order to further the practice and study of architecture, a vanguard must exist to push limits and extend the boundaries of what is imaginable and what may be buildable.

As Zaha Hadid notes: "There is a discourse between architects and designers. This may be privy to those people and may not affect the public for a long time (in built form), but it's important for that research to take place because eventually it does have a trickling effect. So that's what really drives me." 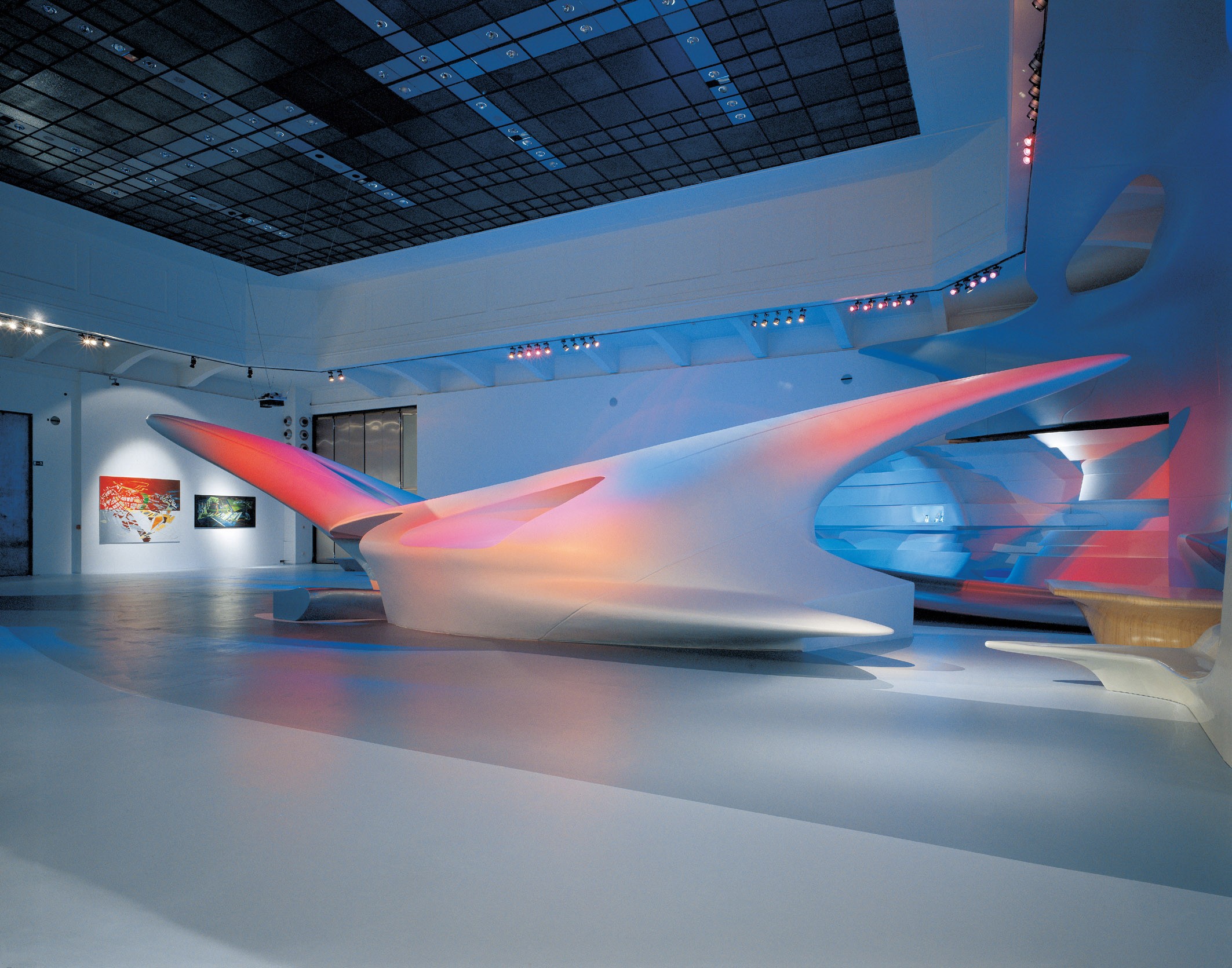 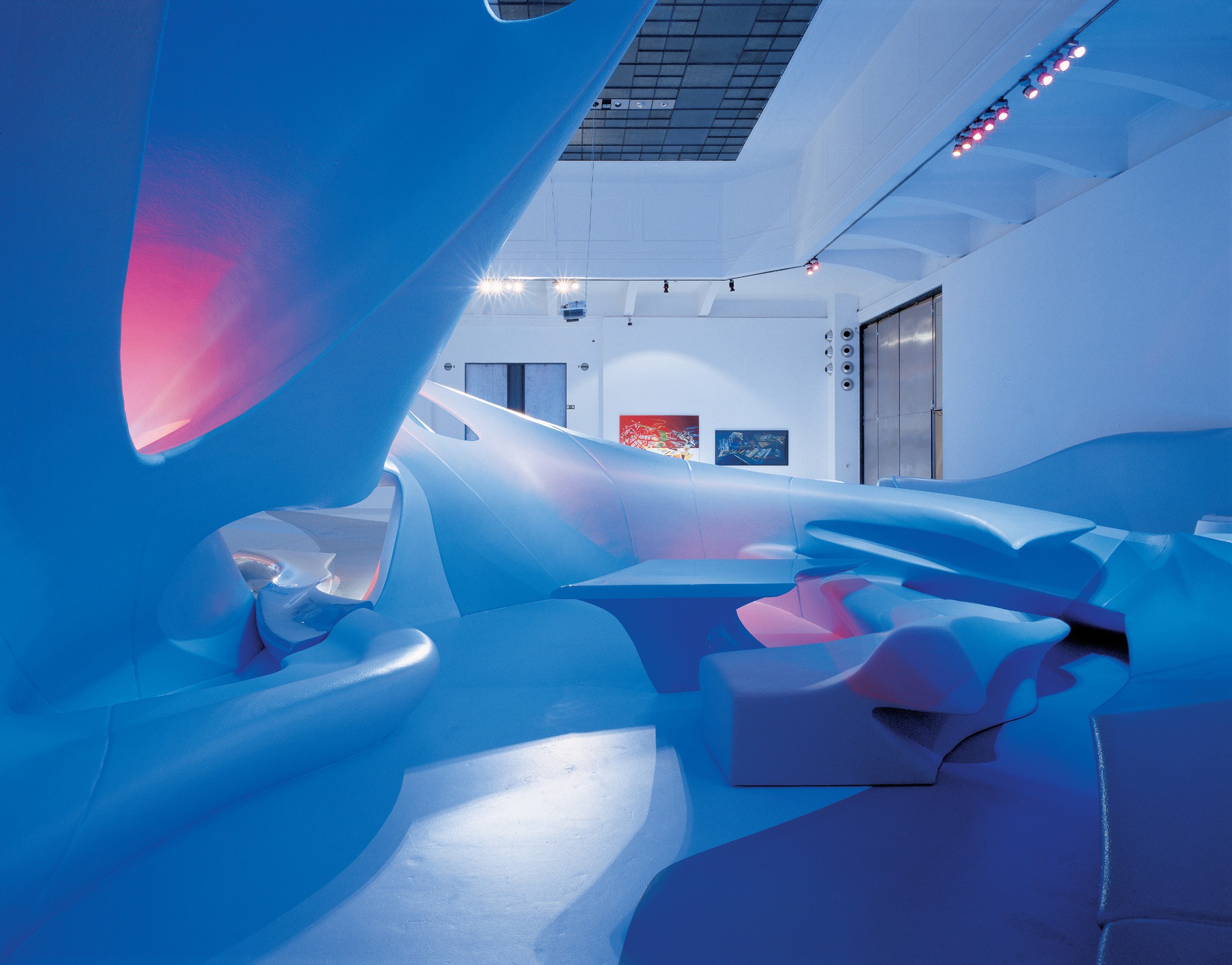 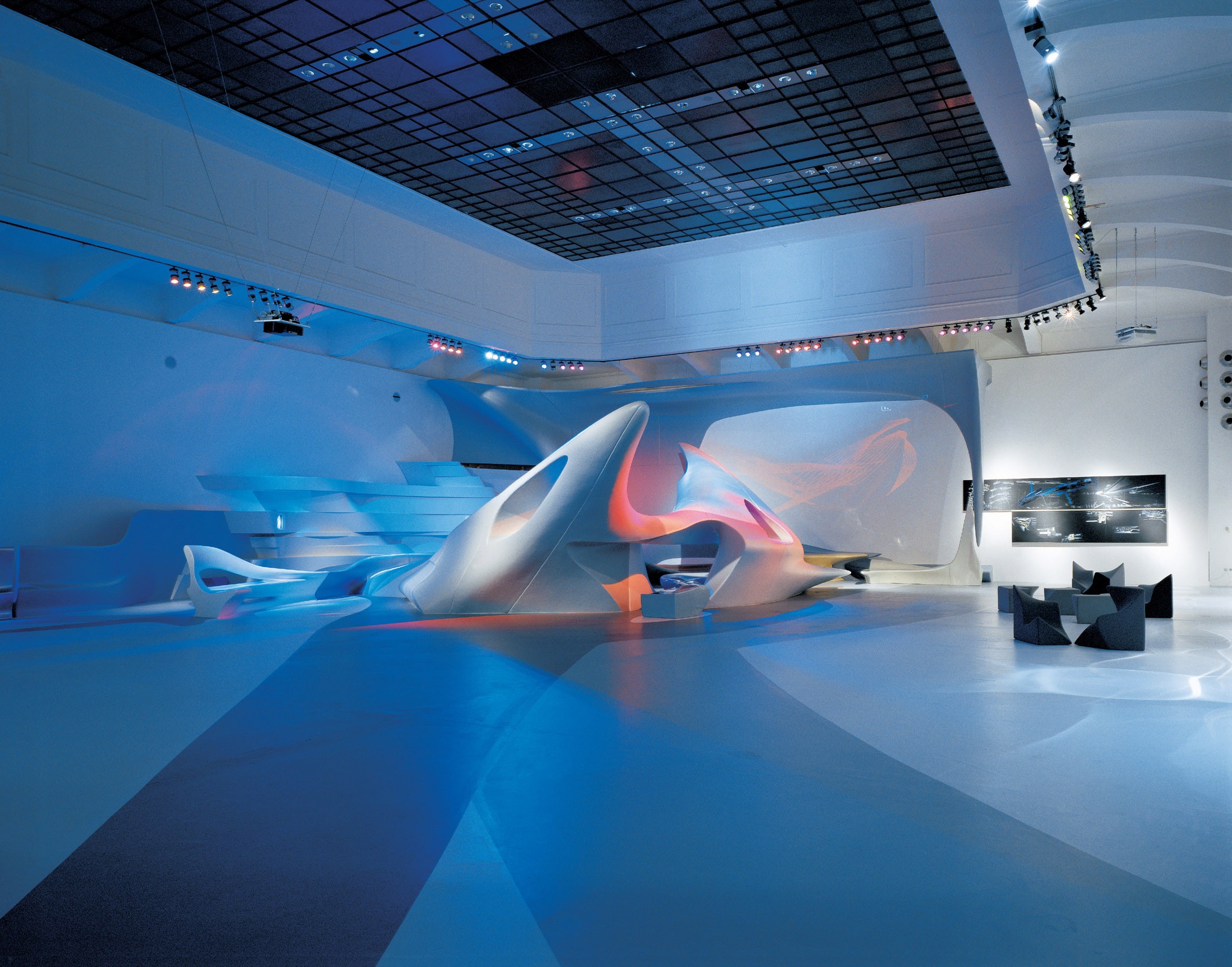 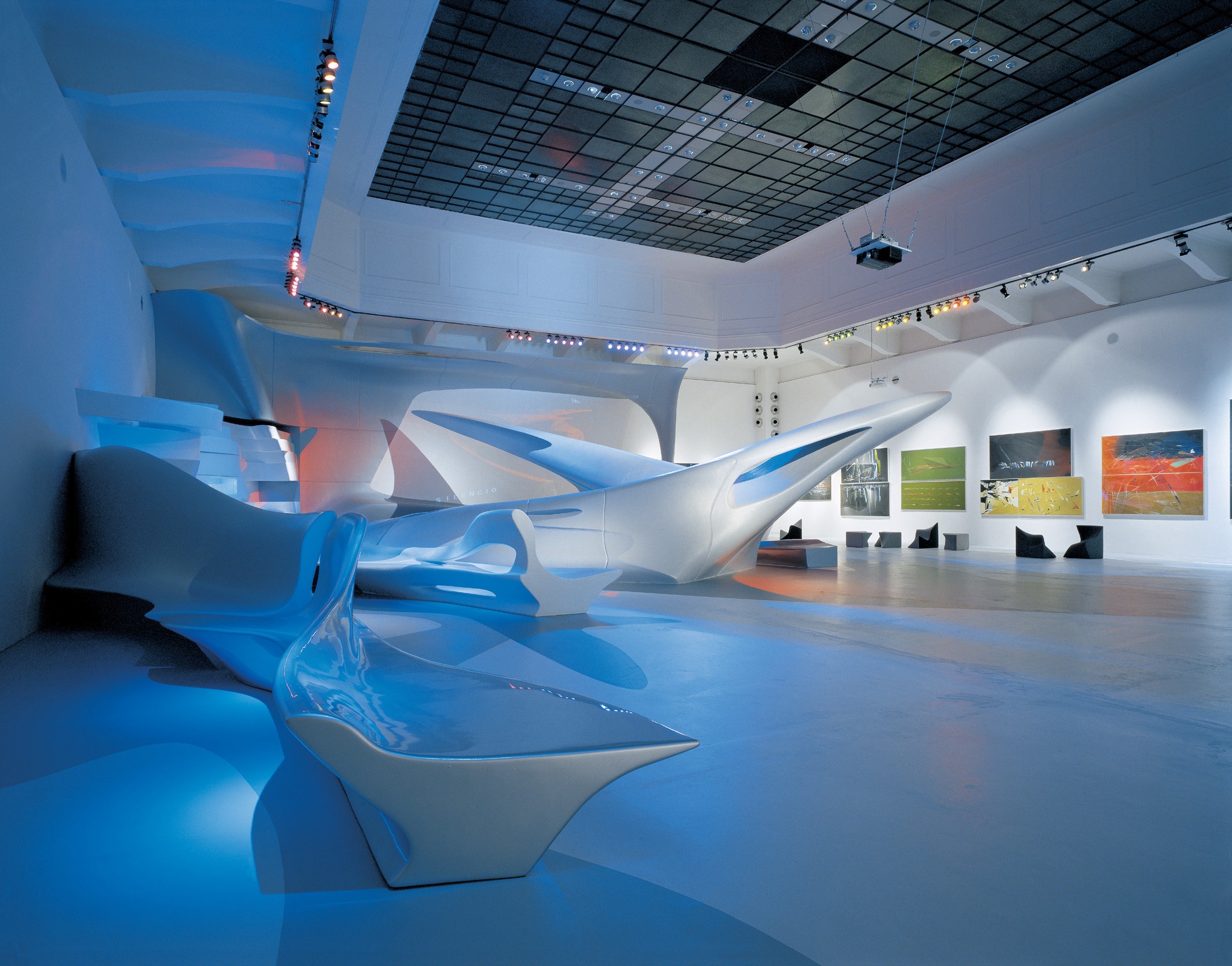 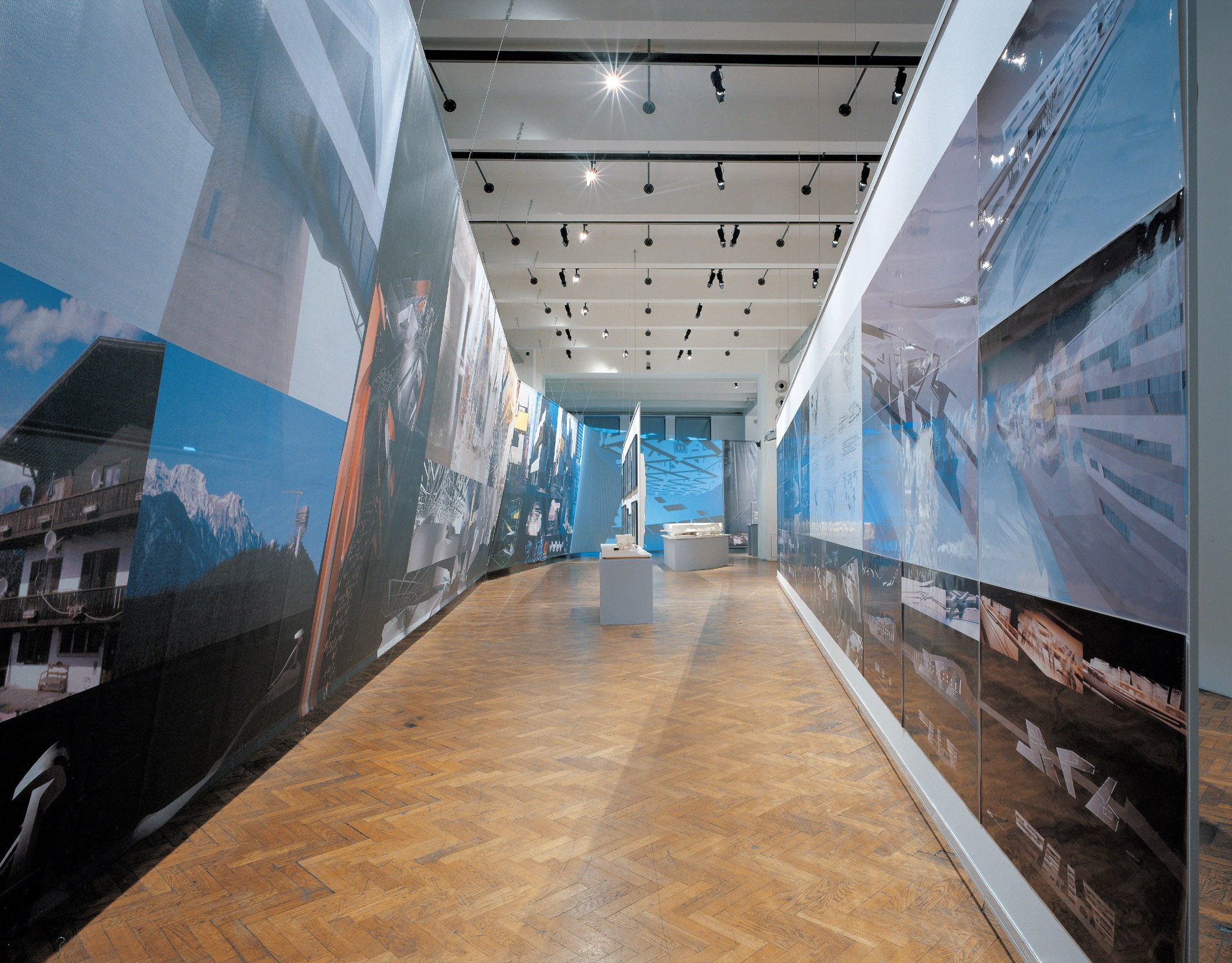 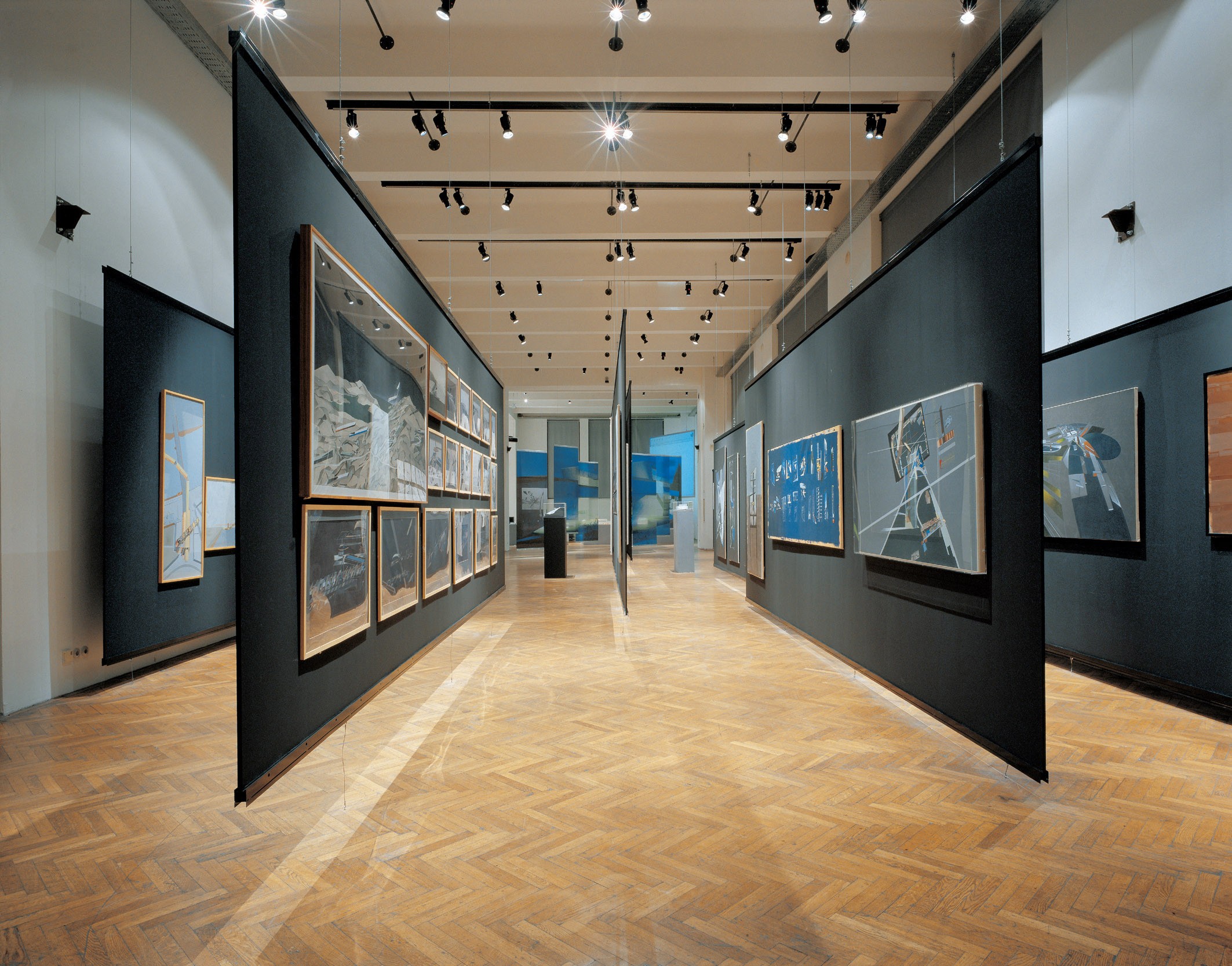 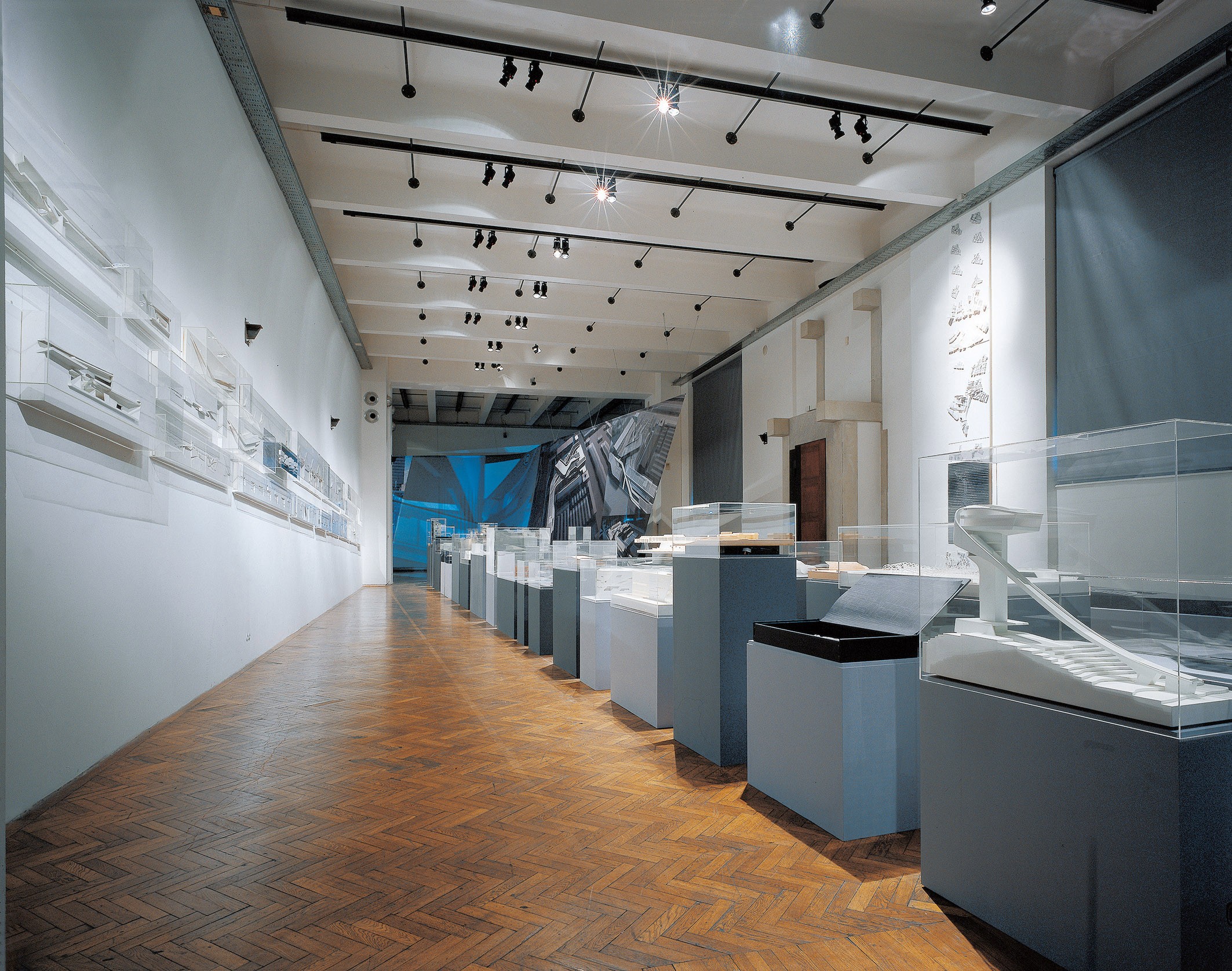 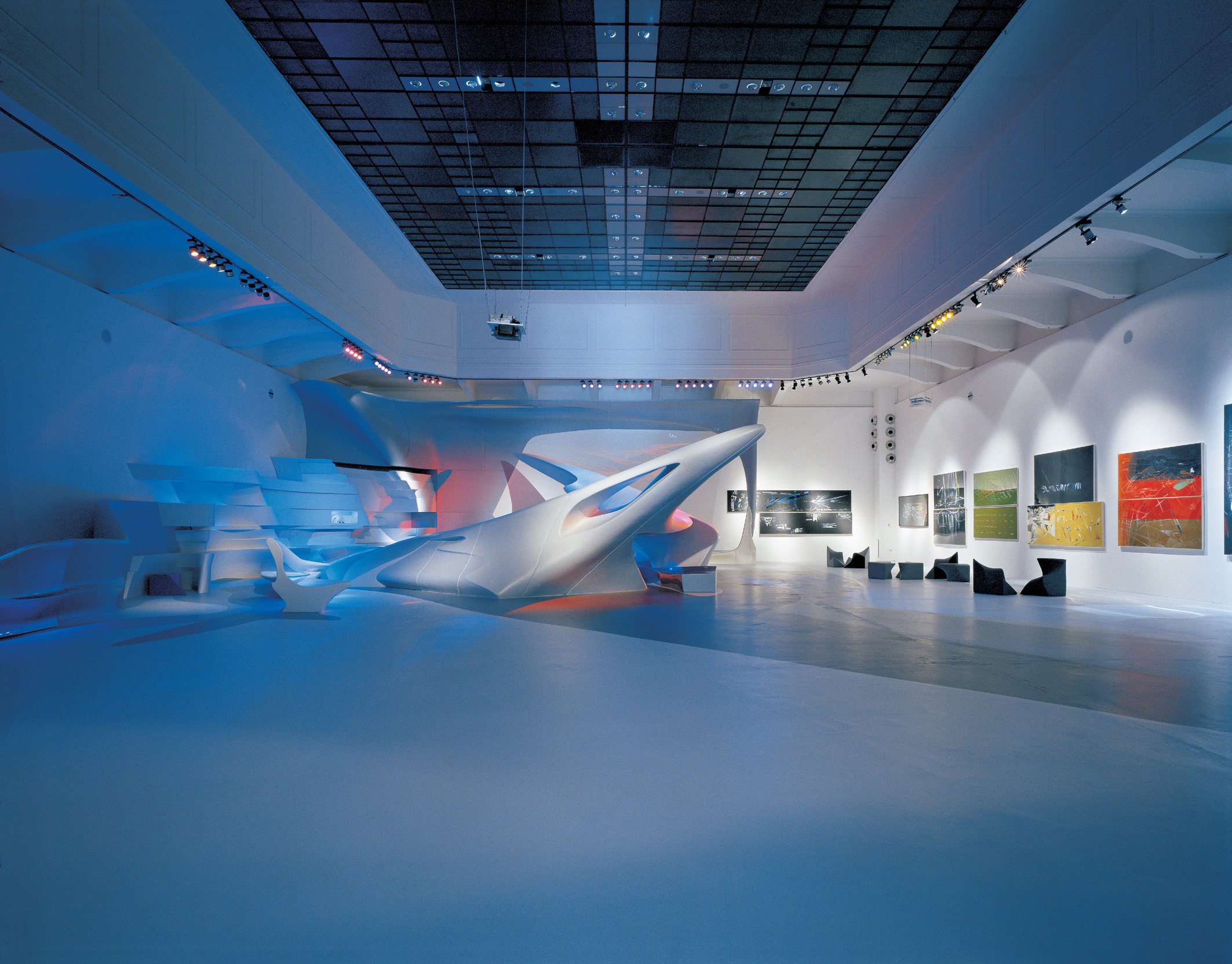