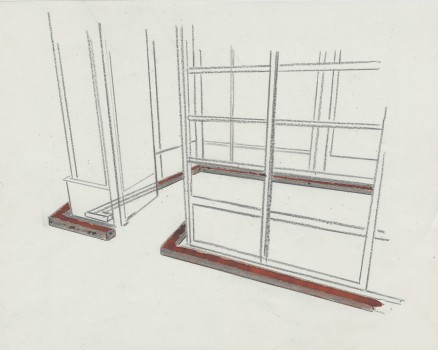 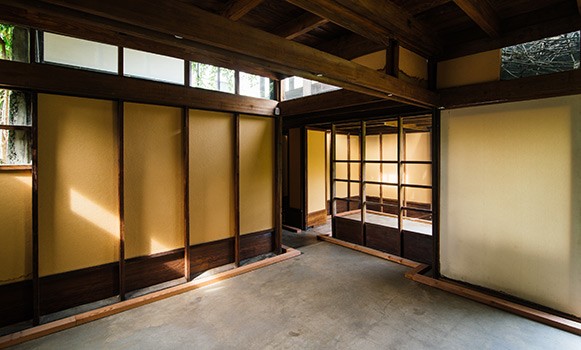 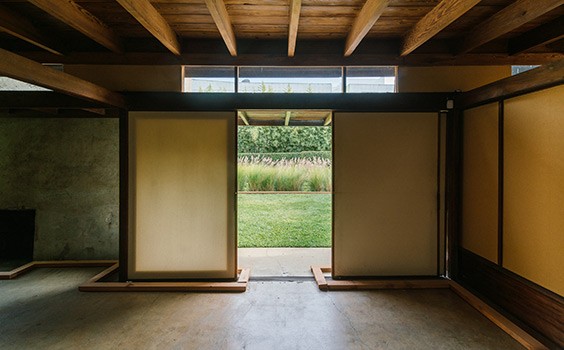 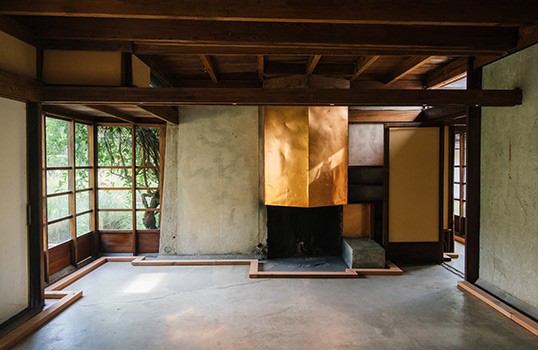 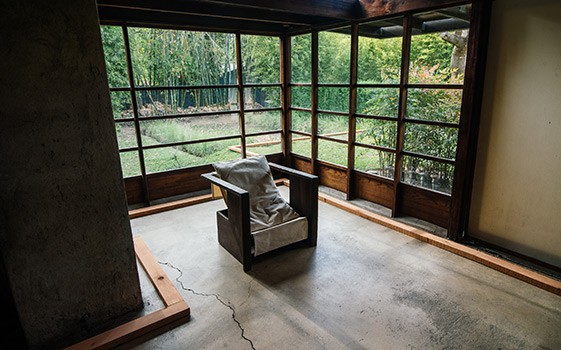 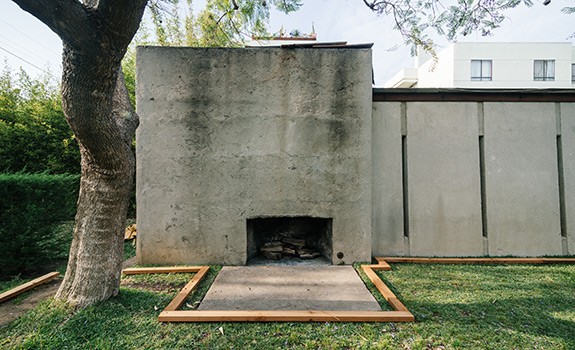 With one sculpture and two sites, Los Angeles-based artist Carmen Argote uses the floor plan of the Schindler House as an inspiration and guide to literalize the understanding of architectural space as delineated and distinguished from non-architected space.

Part one features a 1:1 sculptural tracing of the footprint of the house's indoor and outdoor rooms. Argote materializes the simple line-drawing action that gave shape to the house's determining features back in 1921, when fresh memories of time in Yosemite National Park led the architect to produce what he conceived of as a permanent campsite. In the waning days of pastureland surrounding Kings Road, the Schindlers staked claim to both a plot and a lifestyle, with every gesture after the floor plan further rooting their bohemian ideals to a 100 by 200 foot lot as the city grew around them.

Public programming during Part one refers to these early decisions by the Schindlers, and will explore the relationship between camping and setting up home, review the construction of one landscape that followed the loss of a first, and situate the house alongside other radical attempts at homeownership in Southern California.

For Part two, Argote's sculpture will be separated from its defining walls and precisely reconstructed in an open landscape in the Mojave Desert. Here, Argote theoretically realizes an off-the-cuff proposal made by Schindler protégé Gregory Ain at an early Schindler House preservation meeting: considering the monumental costs of restoration and accounting for how West Hollywood had so radically changed since construction, Ain suggested to put the Kings Road property on the market, let it meet its inevitable fate, and use the profits to rebuild the house exactly to original specifications elsewhere, as an architecture study center: "Why don't you do what Schindler did, just go out in the desert and build one? It doesn't belong on a tree-lined, apartment-house neighborhood. It was built to be in the desert."*

Installed in collaboration with Joshua Tree-based High Desert Test Sites, the traced line-as-object will carry the influence and sociocultural imprint of the house. Within the outlined perimeter of vast horizons, the architecture of both spaces will be simultaneously activated. Visitors will be able to take up residence in the ghost image of the Schindler House as the sculpture will function both to define a campsite and host conversation around home ownership, cycles of prospecting throughout the region's history, and the meaning of the outskirts to a city like Los Angeles.

The desert portion of the project will be accompanied by on-site programming linking Kings Road to Wonder Valley through the shared legacy of new beginnings manifesting as real estate inherent to Southern California. 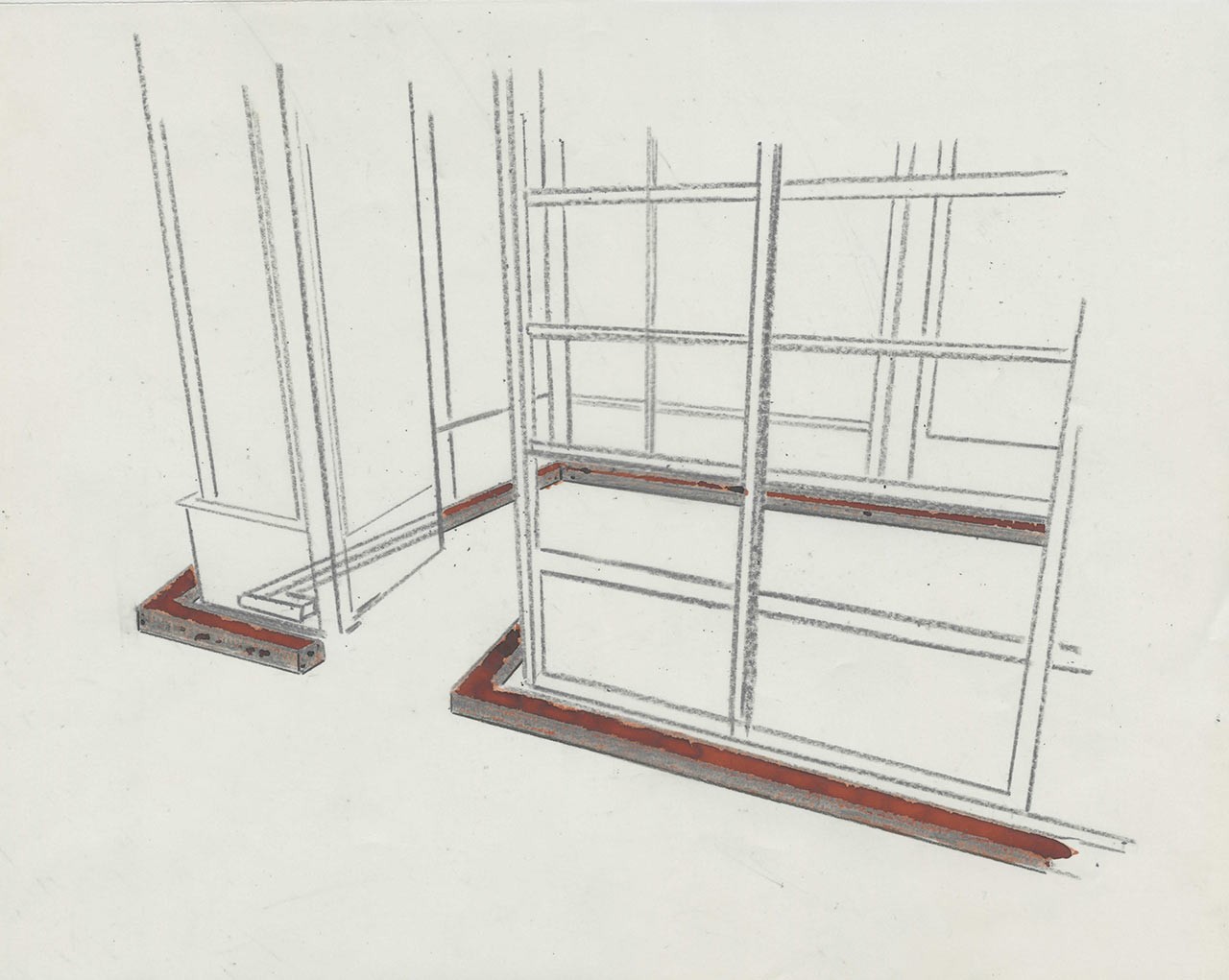