On the afternoon of Sunday 2.10.2022, within the framework of the MAK Nite on the following Tuesday evening and in cooperation with the Tanzquartier Wien, the MAK is presenting the premiere of the performative installation GOO GOO MAK by Doris Uhlich.
The performative installation, based on the performance Gootopia that premiered in 2021 in the Tanzquartier Wien under the choreography of Doris Uhlich, may be visited during museum opening hours in the MAK Columned Main Hall. Performer Ann Muller intervenes in the museum with a selection of sequences from Gootopia, that in this museum version she performs, varies and remixes in loops—whereby the biologically vital substance slime is both material and performer.
Slime triggers ambivalent reactions in people, from disgust and unease to curiosity and desire to touch. Slime is not unequivocally solid or liquid; it is neither internal nor external, yet sometimes it is both. In Gootopia, slime is part of the performance on, in and between bodies. People and slime touch, interlink, mingle and form alliances. Bodily boundaries become fluid. This opens up an ambivalent space between horror and fascination, empathy and disgust, enabling the audience to immerse themselves in the sculptural, scenic and installative quality of material processes.
Choreography: Doris Uhlich
Performance: Ann Muller
Special Guest: Adil Embaby
Material Research: Juliette Collas, Philomena Theuretzbacher
Technical Support: Marco Tölzer
Production: Margot Wehinger
International Distribution: Something Great
MAK Coordinator: Antje Prisker, Special Projects
A coproduction of the Tanzquartier Wien and insert Tanz und Performance GmbH in cooperation with the MAK.
Sponsored by the Culture Department of the City of Vienna

About Doris Ulrich
Choreographer and dancer Doris Ulrich has been developing her own projects since 2006. In her productions she often challenges conventional formats and body images. For instance she works with people with varying backgrounds and physical inscriptions, explores the possibility of translating classical ballet into contemporary contexts, opens the dance stage for physically challenged people, demonstrates the potentials of nakedness beyond eroticism and provocation, investigates in diverse ways the relationship between human being and machine, and explores the future of the human body in the age of its surgical and genetic perfection.
Doris Ulrich’s numerous nominations and awards include an “outstanding young choreographer” nomination in the 2008 Ballettanz yearbook; the Dance Prize of the bm:ukk (Federal Ministry of Education, Art and Culture) for SPITZE 2008; “Dancer of the Year” nomination in tanz magazine 2011 and 2015; “award outstanding artist 2013” by the bm:ukk (Federal Ministry of Education, Art and Culture) in the field of the performing arts; the Nestroy Special Prize, together with dancer Michael Turinsky, for “inclusion on an equal footing” in their Ravemachine performance (2016); “Choreographer of the Year” nomination in tanz magazine 2018 and 2019; audience prize for Every Body Electric at Our Stage – 4th European Festival of Bürgerbühne in Dresden 2019; and Nestroy Prize nomination for Habitat / Halle E in the category “Best Off-Production” 2020.
dorisuhlich.at
Admission with regular MAK Ticket / More
MAK Columned Main Hall
Sun, 2.10.2022, 2–6 pm
Tue, 4.10.2022, 5–9 pm 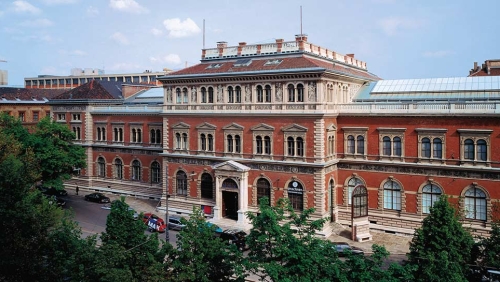