The joint arrangement of precious glasses with valuable needle and bobbin lace in the Renaissance Baroque Rococo Collection on permanent display not only complies with aspects of art history, but also places these delicate materials in a visual-sensuous dialogue with each other that enhances and accentuates their aesthetic effect with striking clarity. 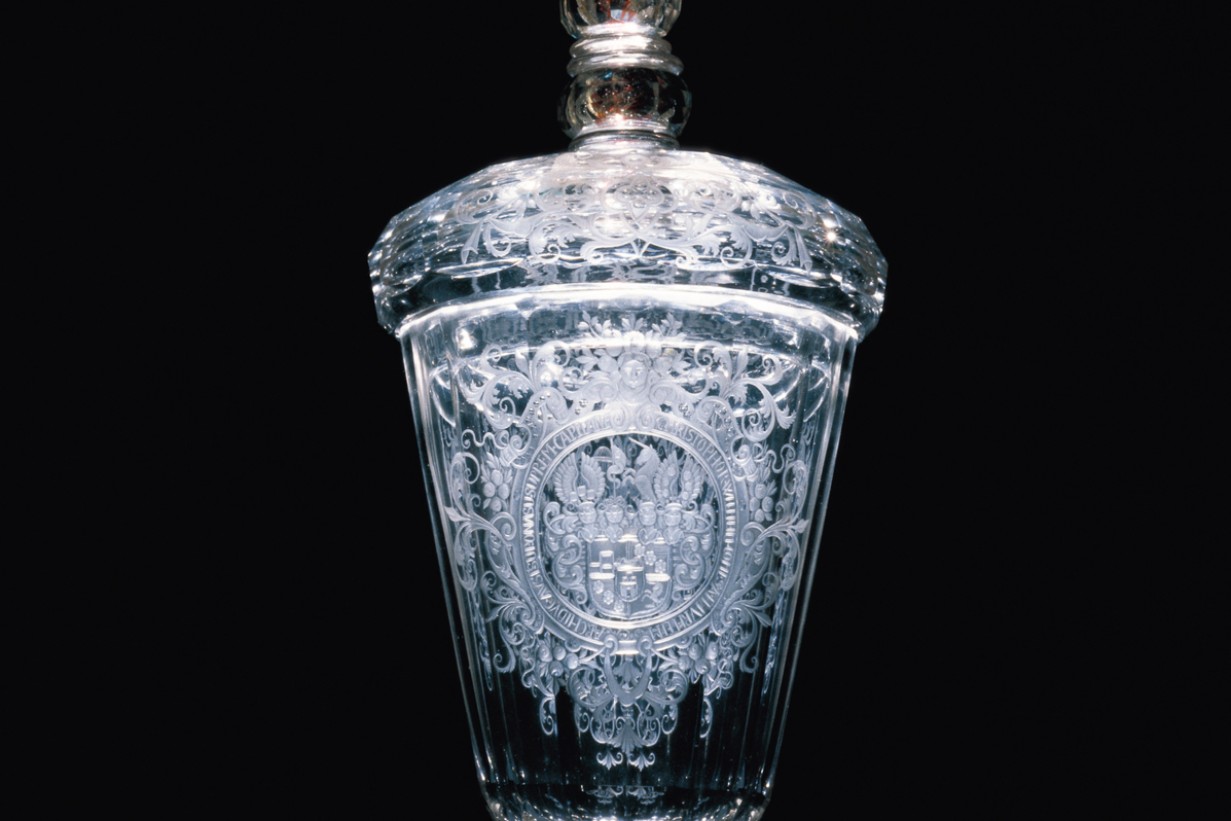 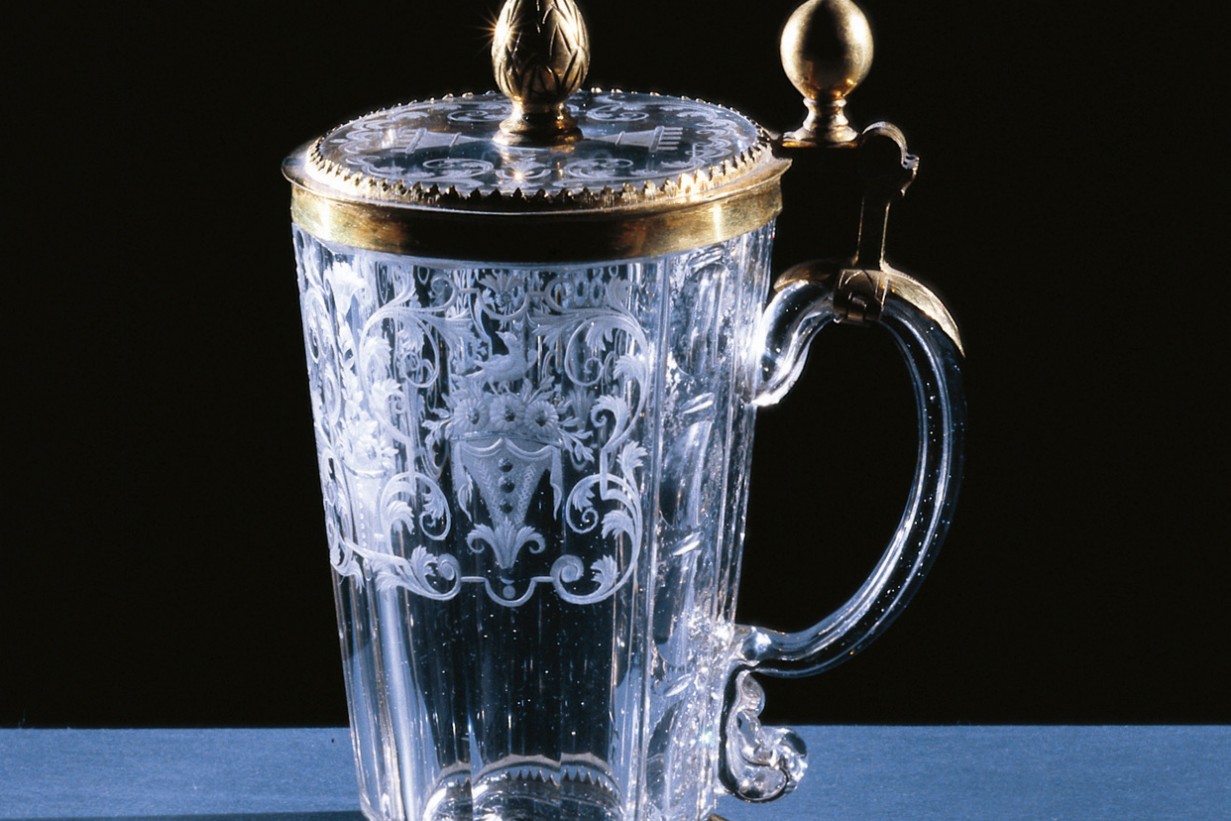 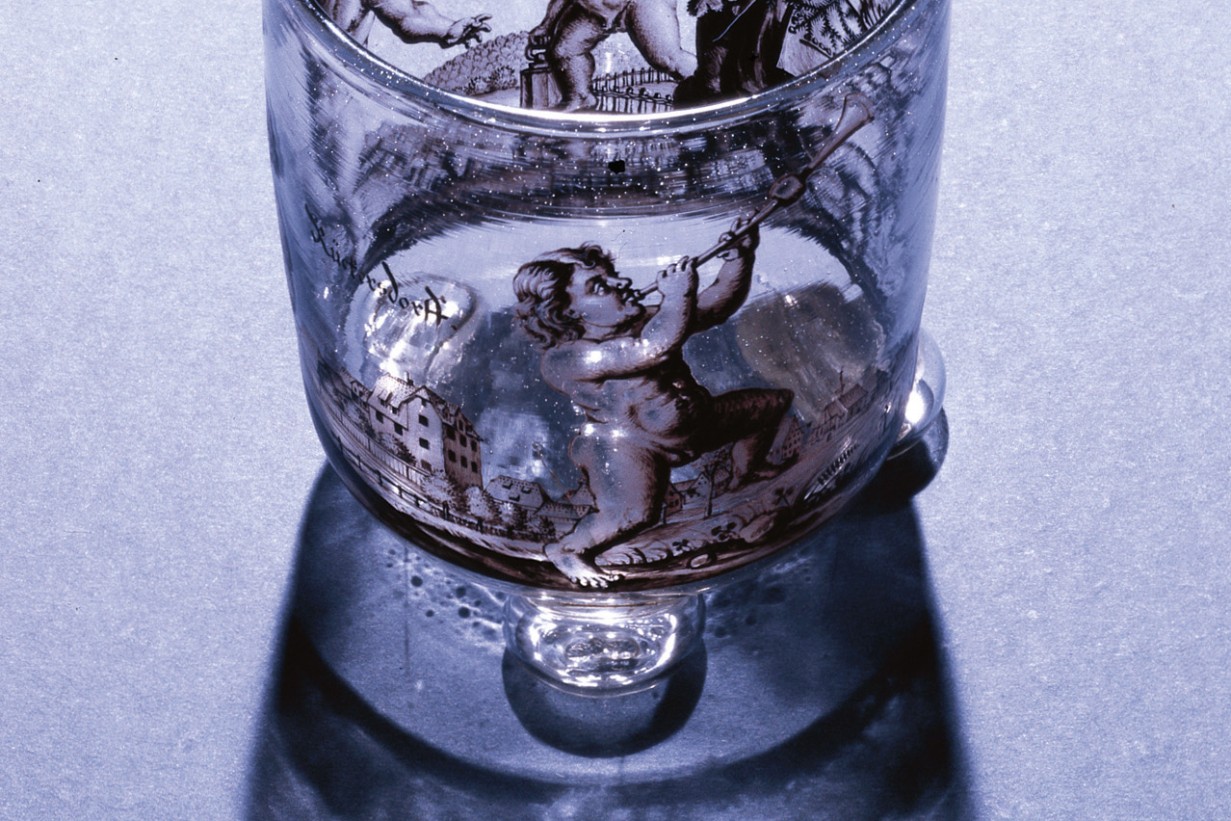 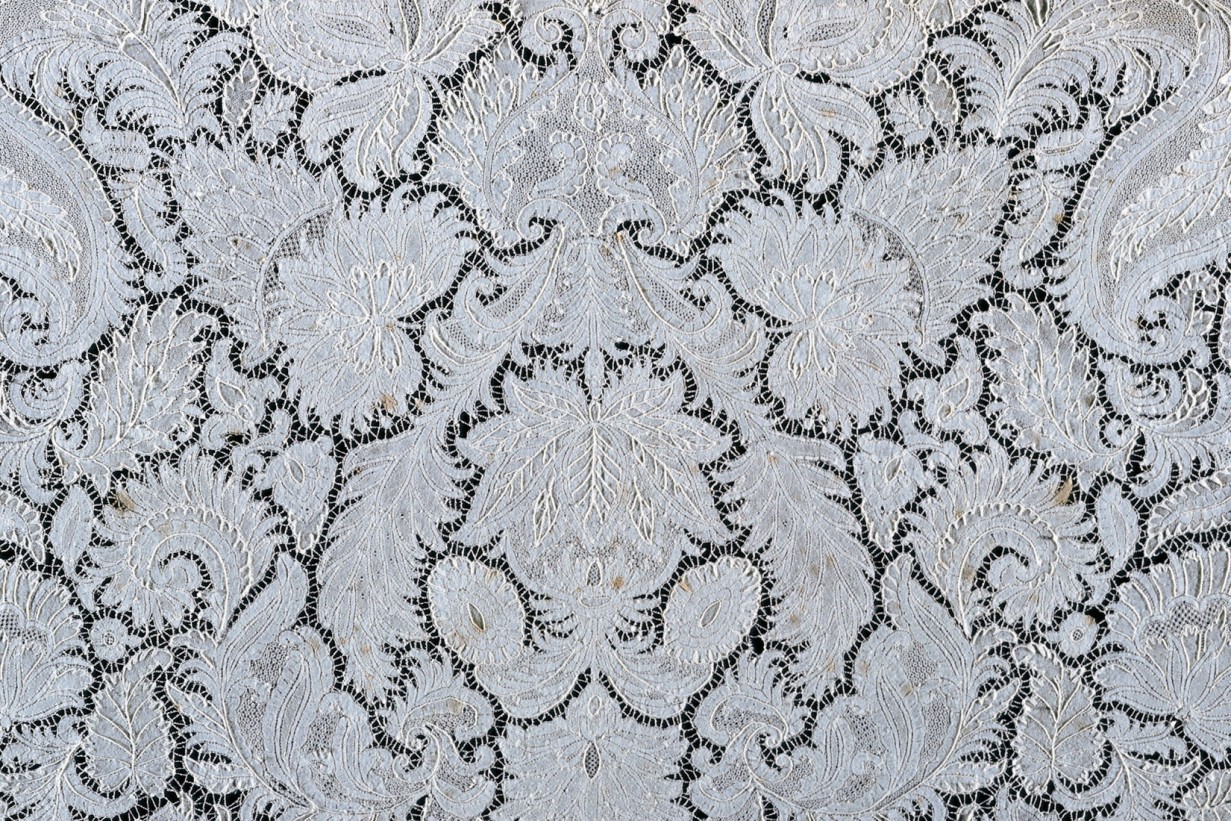 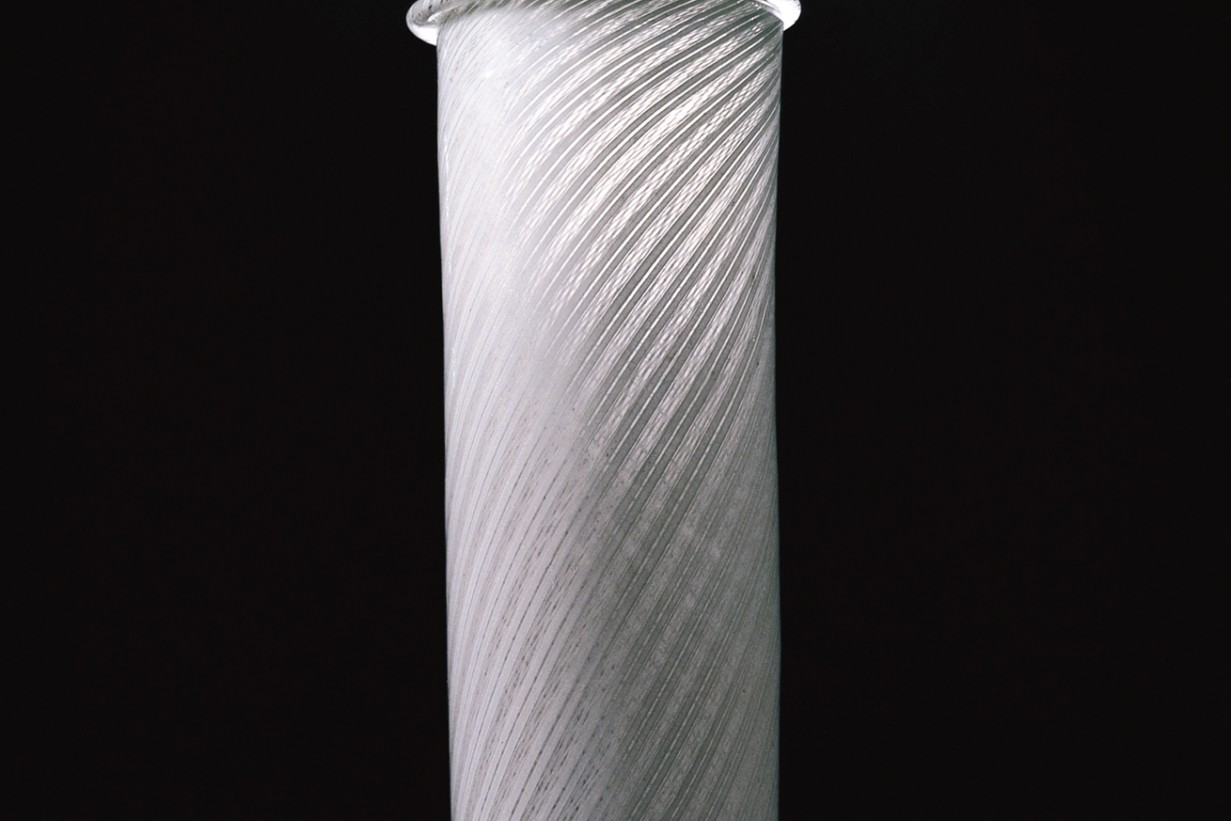 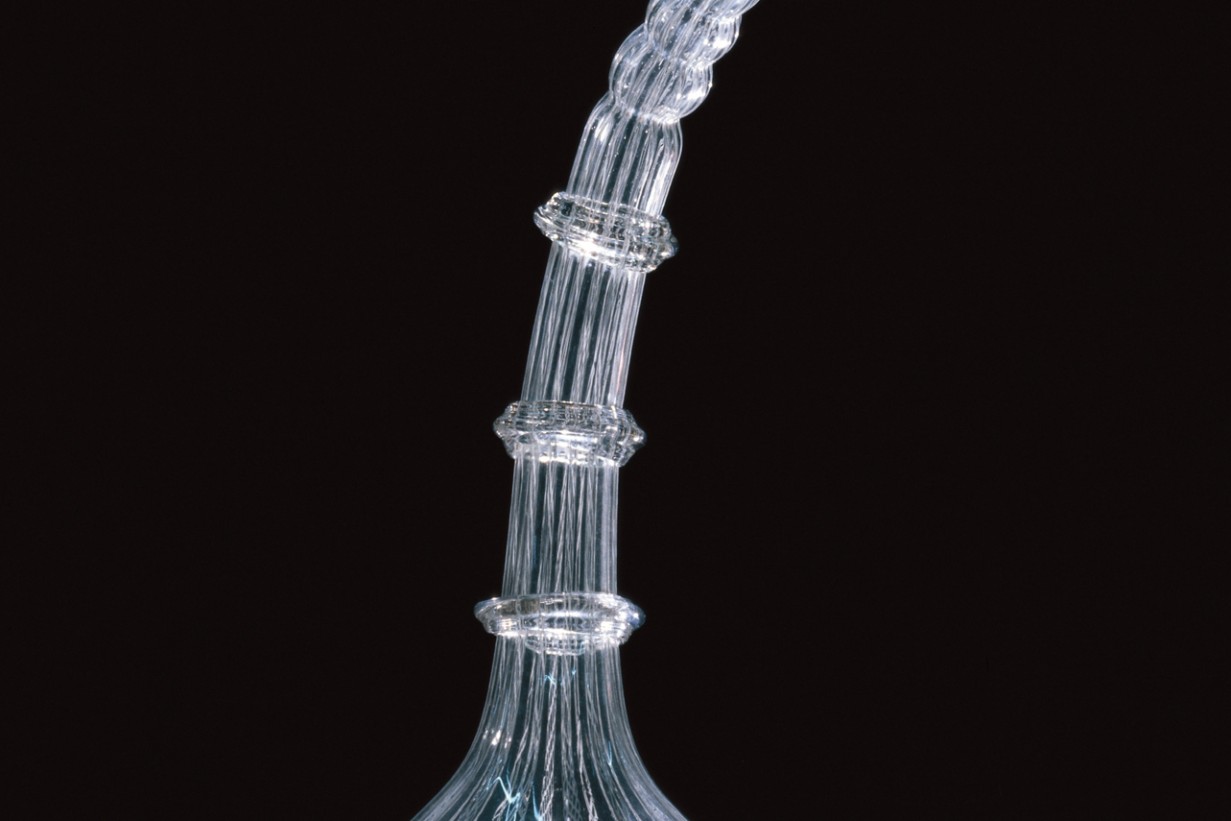 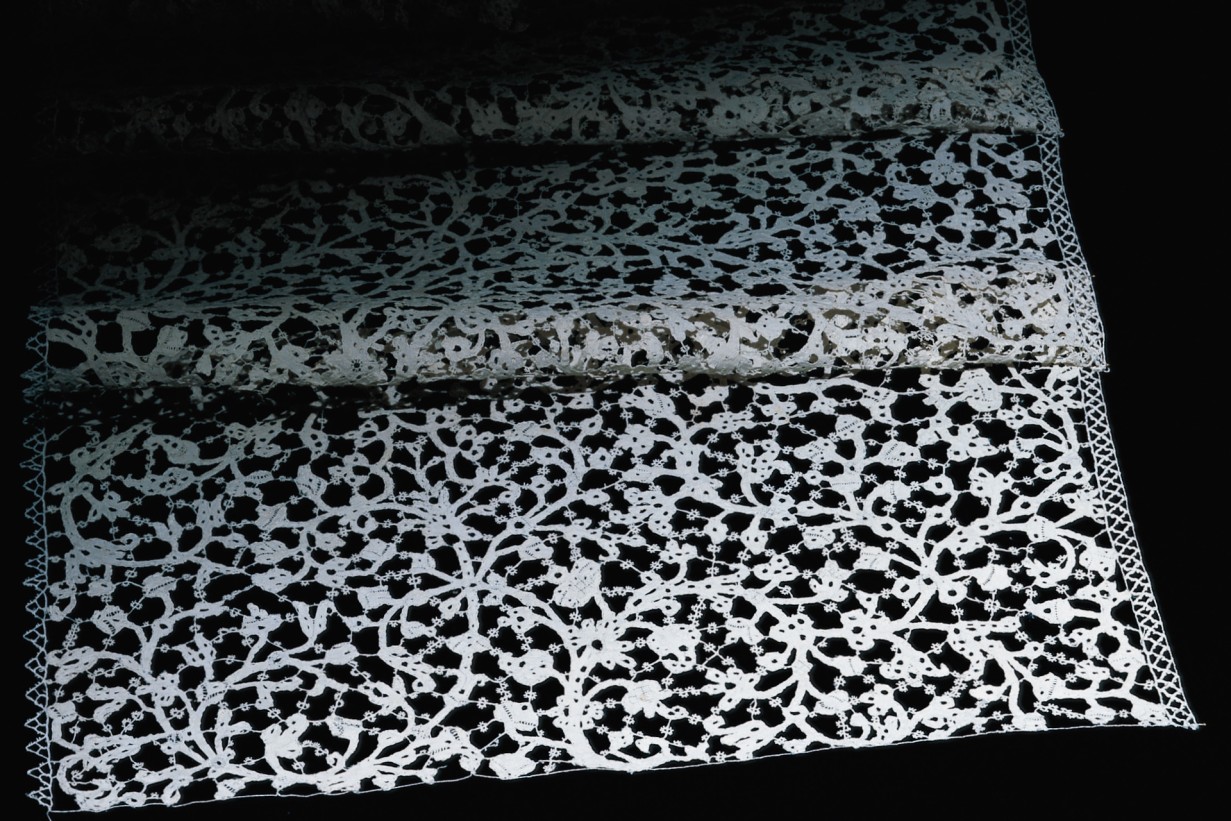 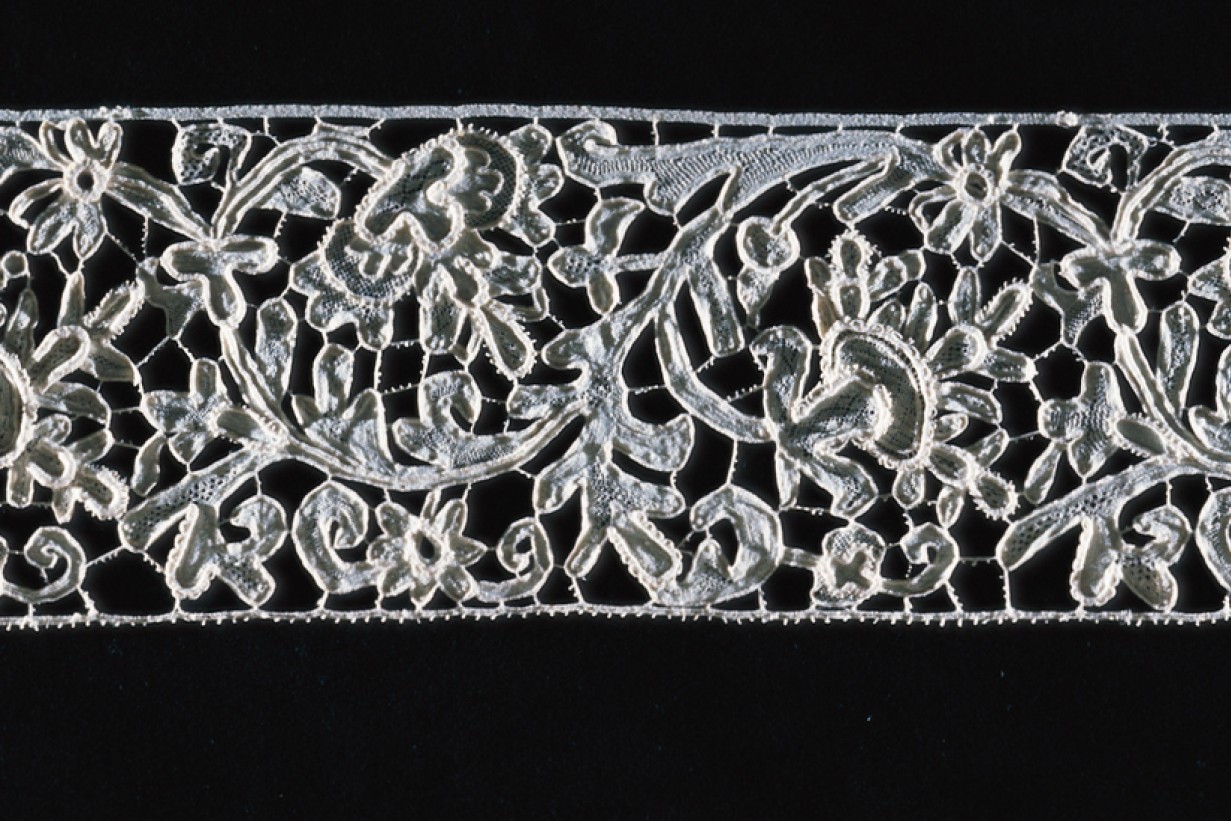 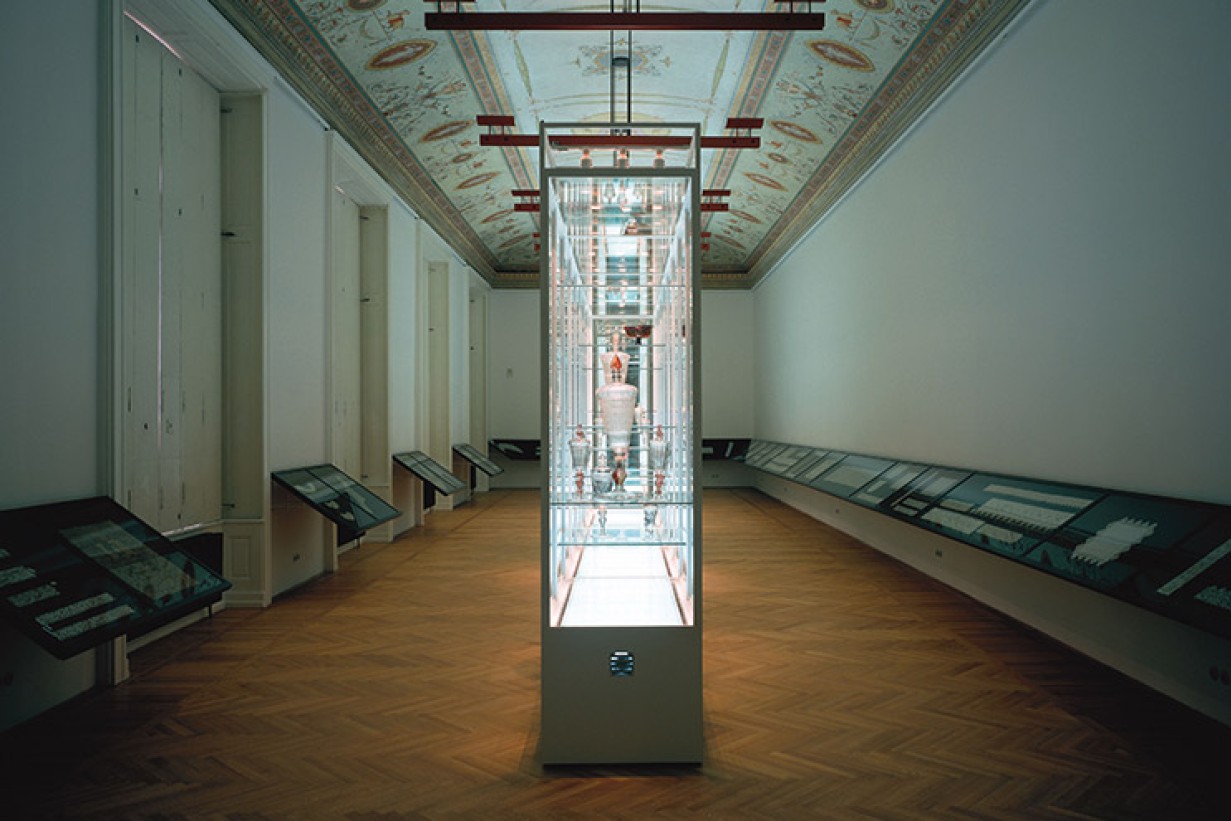 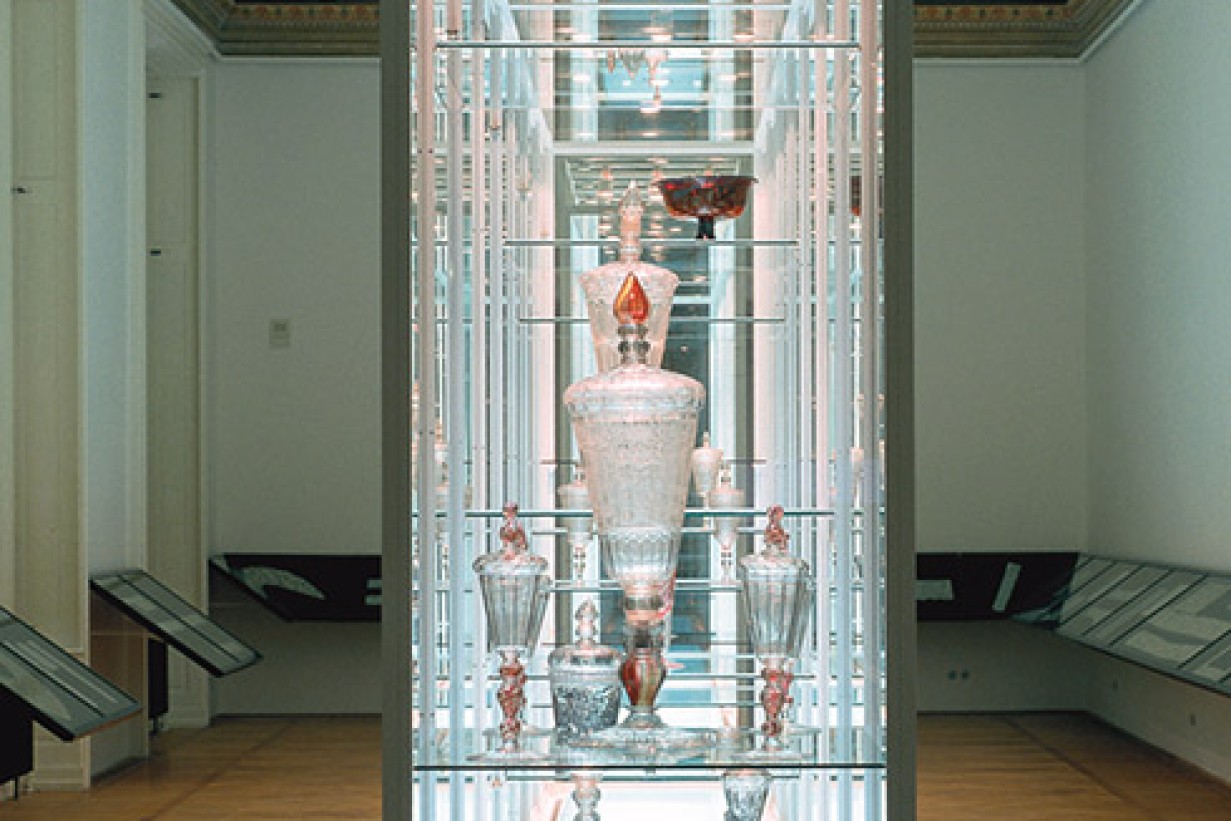 Previous Image
Next Image
A design intention = states of affairs. The wealth of appearances.
The legacy of those who were here before us = the form of actions, our inheritance = memory: museums are also, like cemeteries, our quiet bliss: because the nature of the encounter also gives rise to understanding: it seems there can be no truth concerning this, but only original, brilliant works: silence is the word extinct. Because the same thing once meant something else: because the essence of things is forever dead, and its material properties maintain this expansion into a different world: because a past exists that the living individual can reach into and at least the possibility is hinted at of coming to an end through oneself and beyond with the early ***** appearance. / Franz Graf

The MAK's collection of lace, and its holdings of glassware—especially Venetian glass—are considered among the finest and most varied in the world. Even in the Baroque period, Venetian glasswork was particularly treasured, and both men and women spent vast sums on the sumptuous lace decoration that fashion demanded.
While glass-making is one of the oldest handicraft techniques in the world, the history of lace-making only begins in the late Renaissance period, probably in Italy. A distinction is made between needlepoint lace and bobbin lace, but combinations of the two techniques are often seen. Florence, and later Venice and Milan, were the centers of Italian lace-making in the sixteenth and seventeenth centuries, before lace-making in France and Flanders began during the eighteenth century. Venice was the center of European glass-making from the Middle Ages onwards. Around 1500, Venetian glass-makers succeeded in producing clear, colorless glass. Glassblowing spread from Venice across the whole of Europe. In the north, centering on Bohemia and Silesia, there was a preference for harder glass that could be decorated with relief or intaglio engraving, or glass decorated with enamel, Schwarzlot ("black solder"), or gold. This presentation of glasswork and lacework is not based only on art-historical criteria, but also on the visual effects of the materials—their "transparency", material delicacy, and the virtuosity of the craftsmanship involved in their production—which may today be the aspect of them that arouses the greatest admiration. / Angela Völker (curator of the MAK Textiles and Carpets Collection during the phase of the reinstallation of the MAK Permanent Collection in the early 1990s) 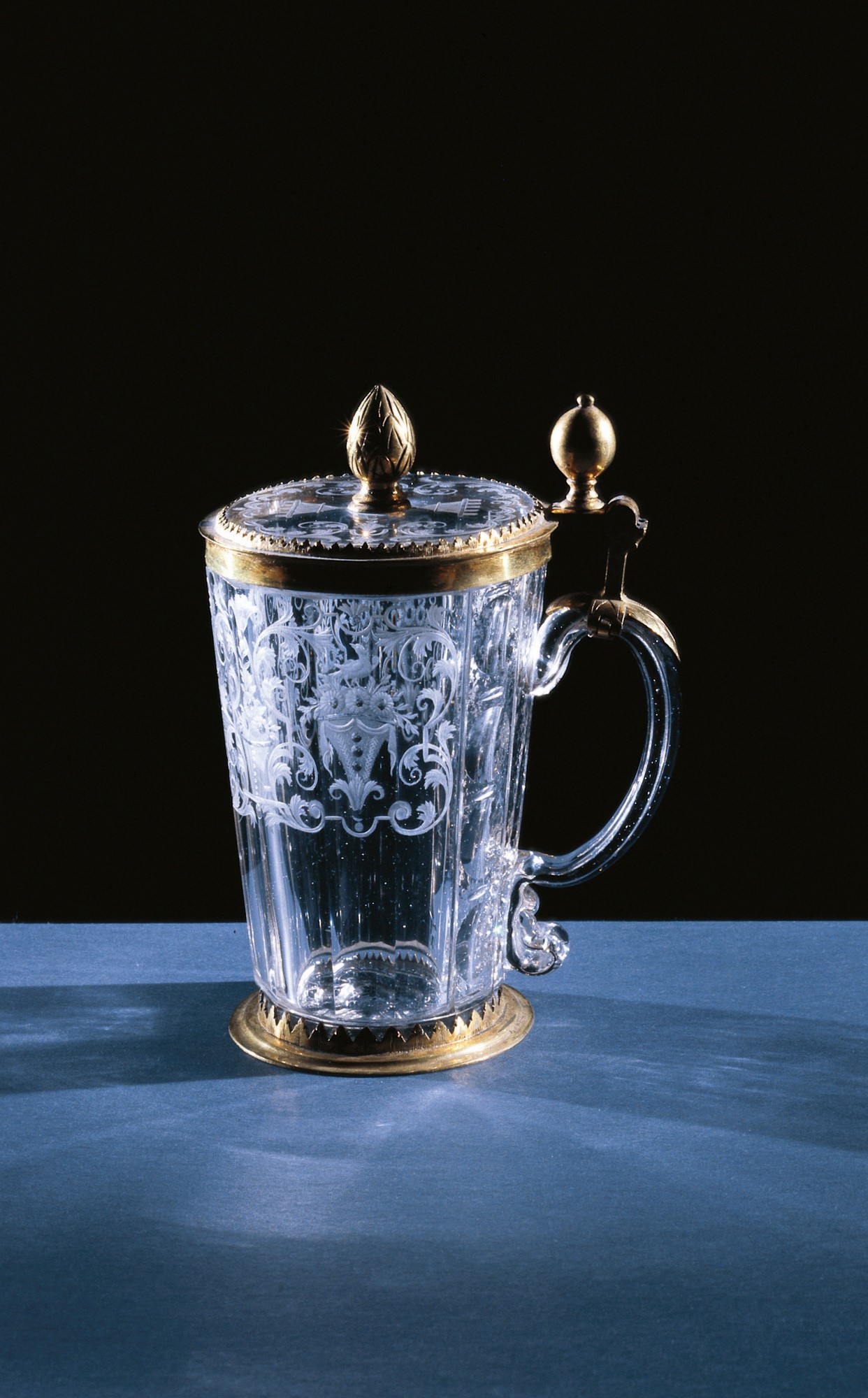 BEAKER WITH HANDLE AND BASE
Bohemia, ca. 1725 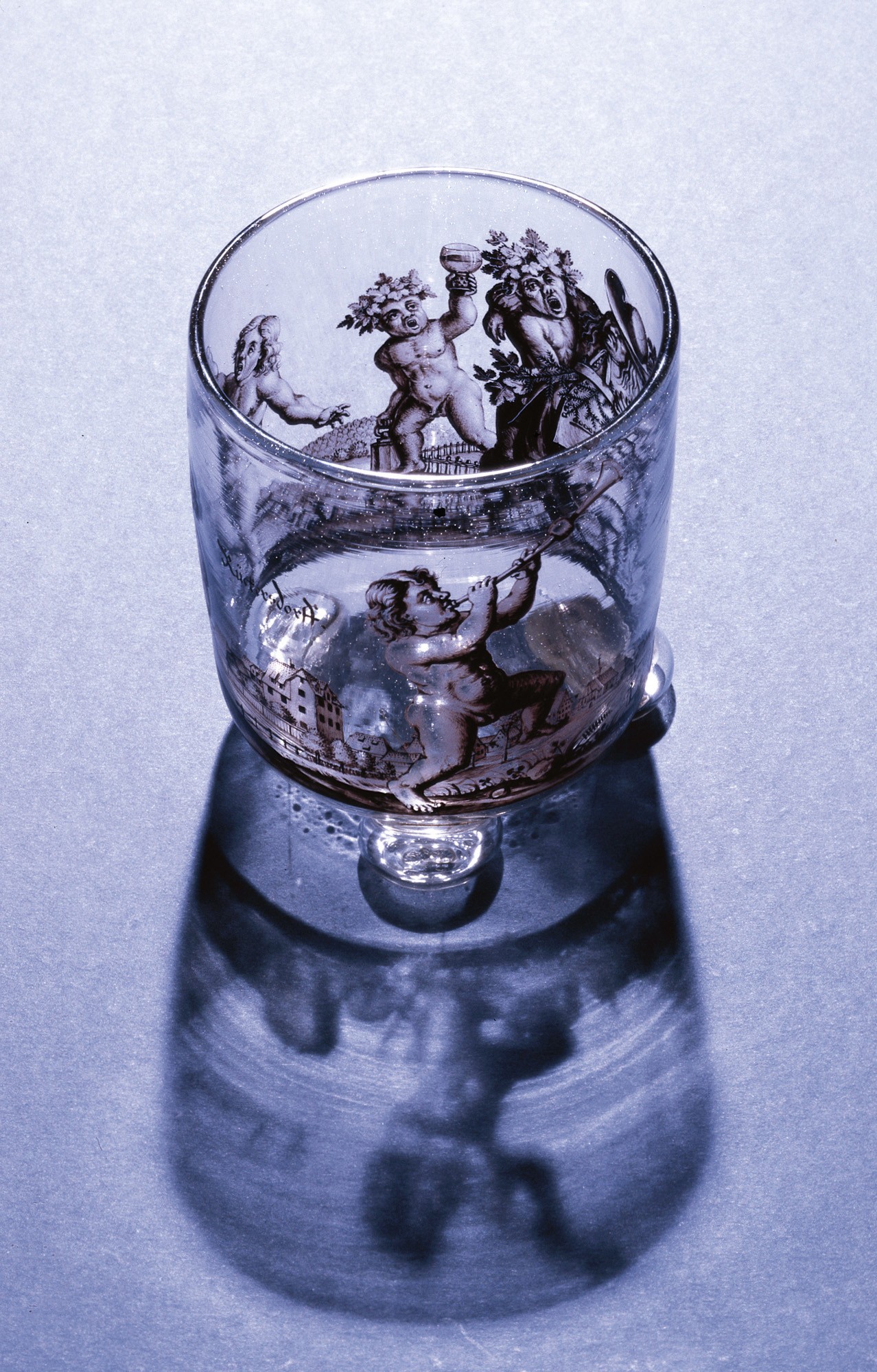 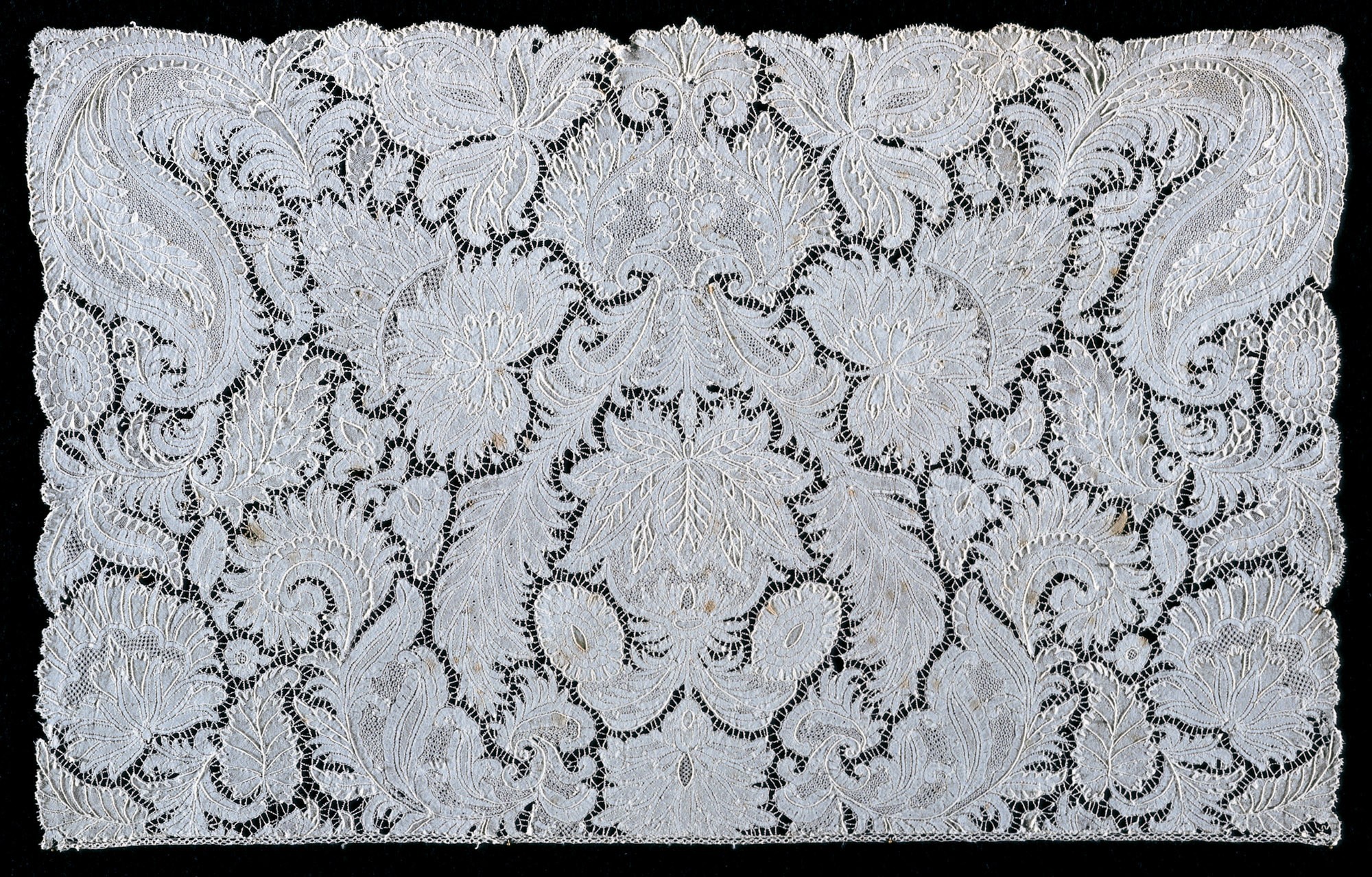 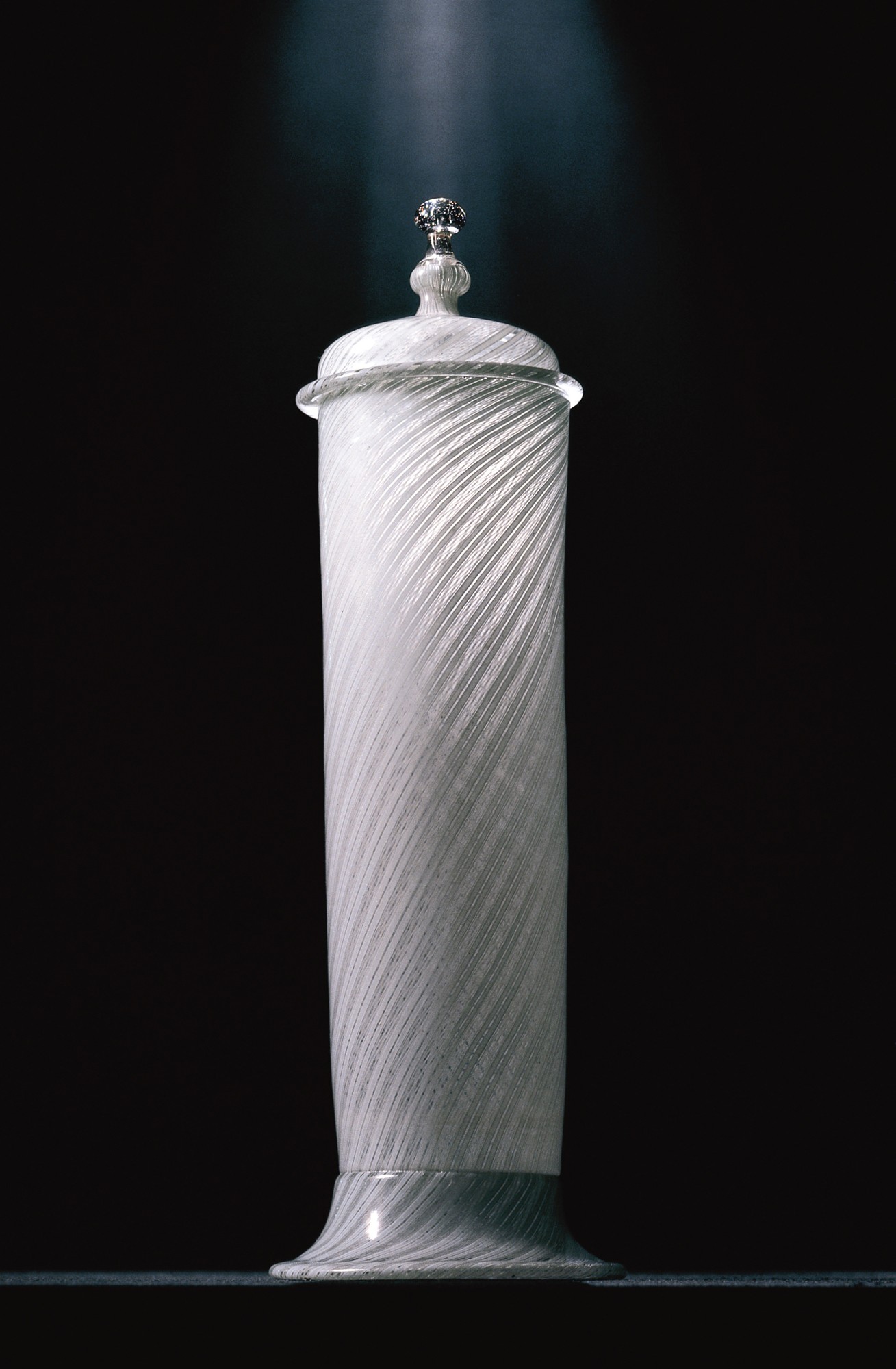 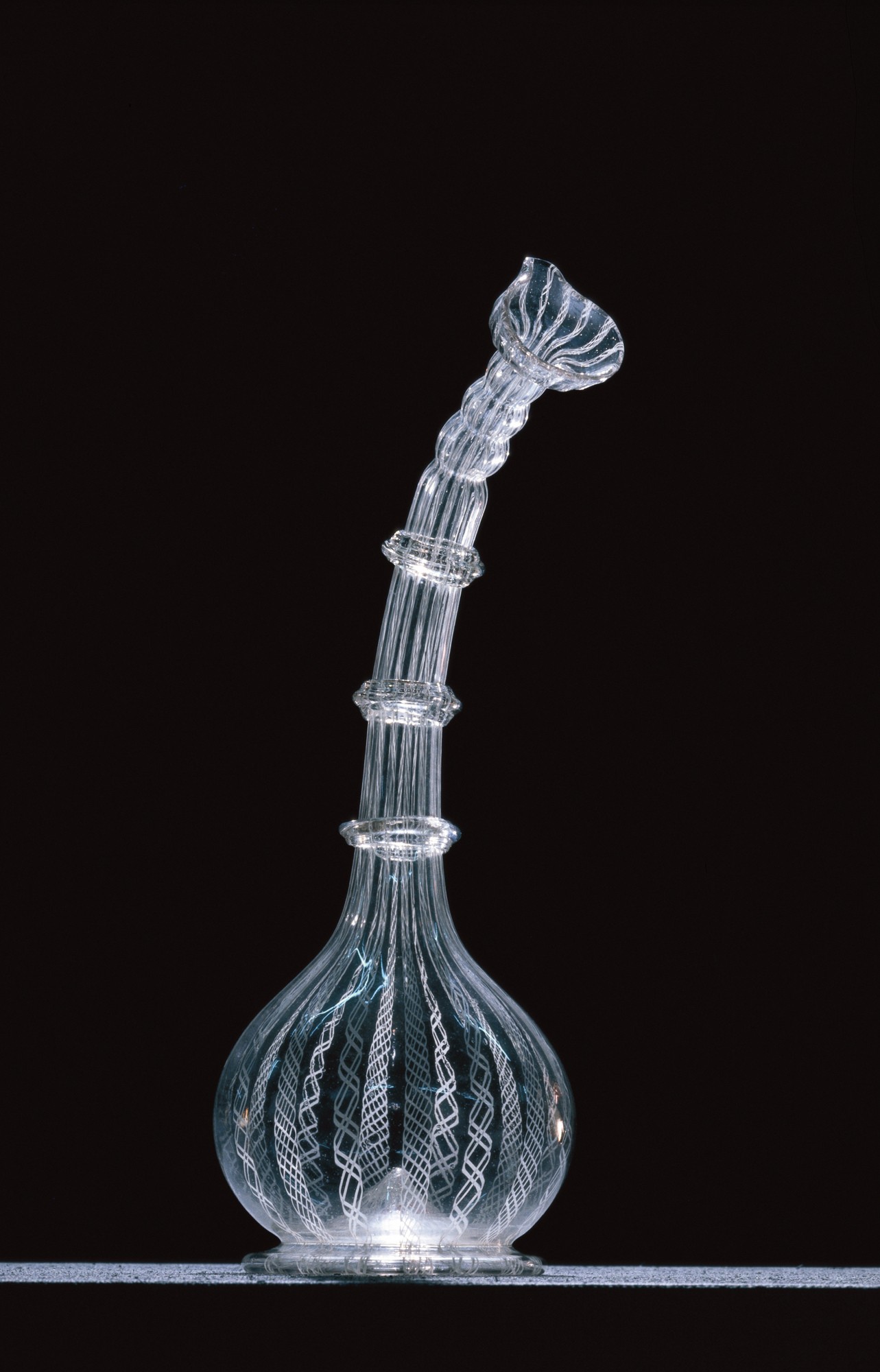 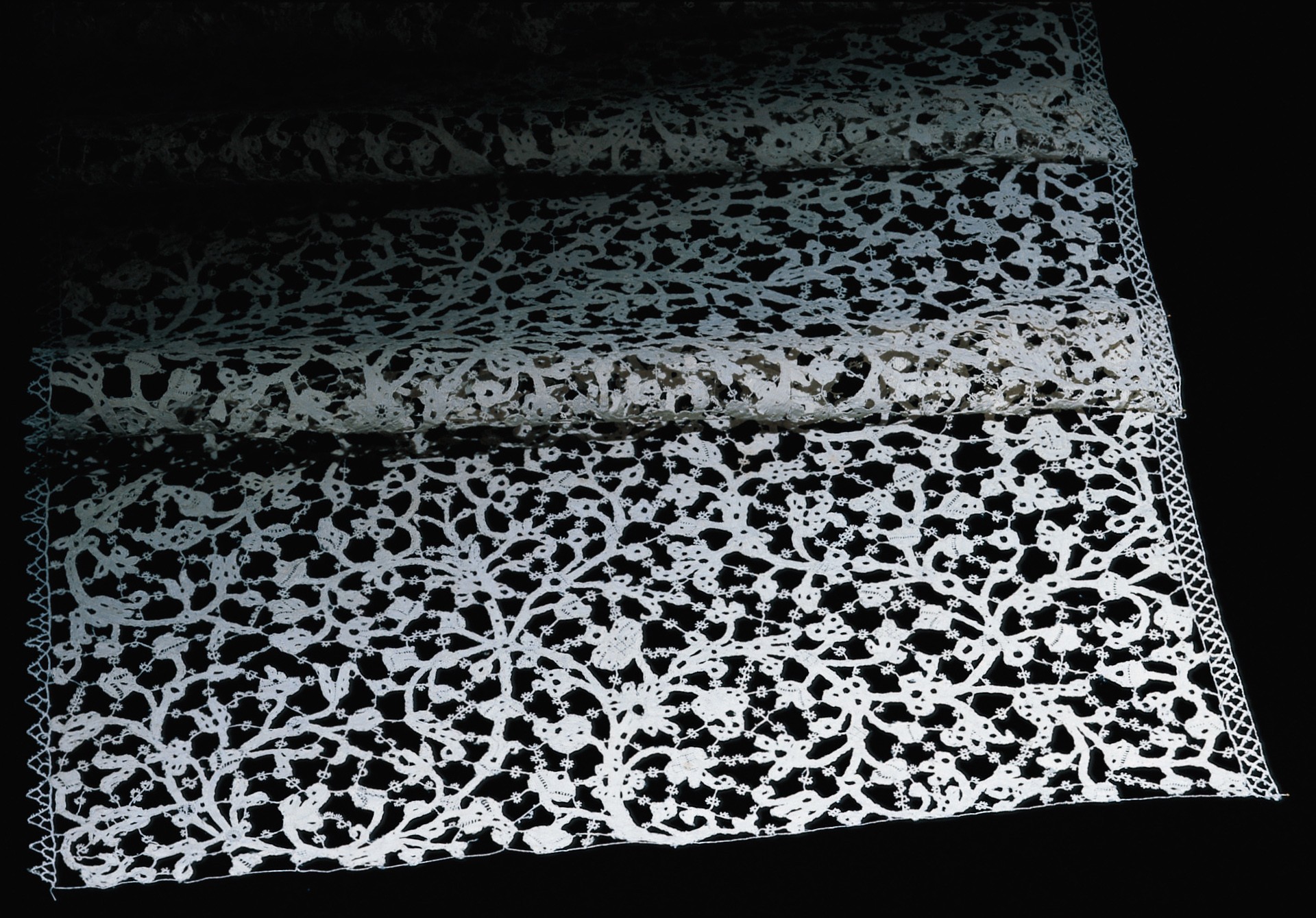 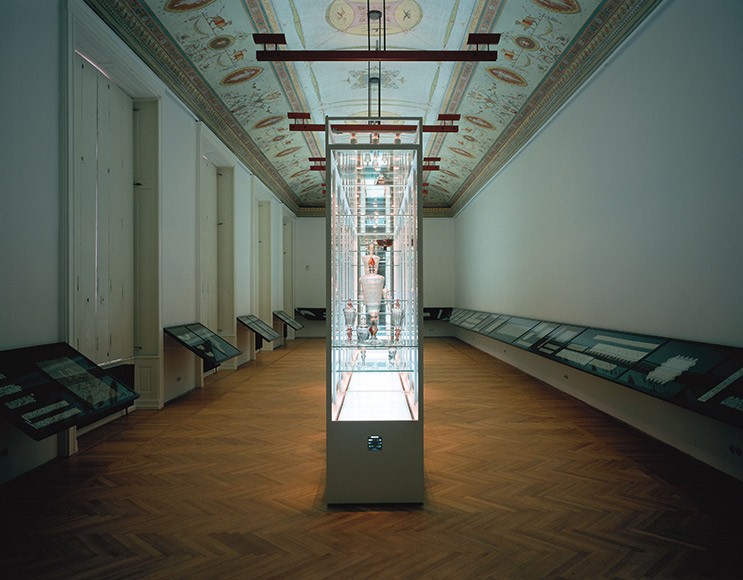 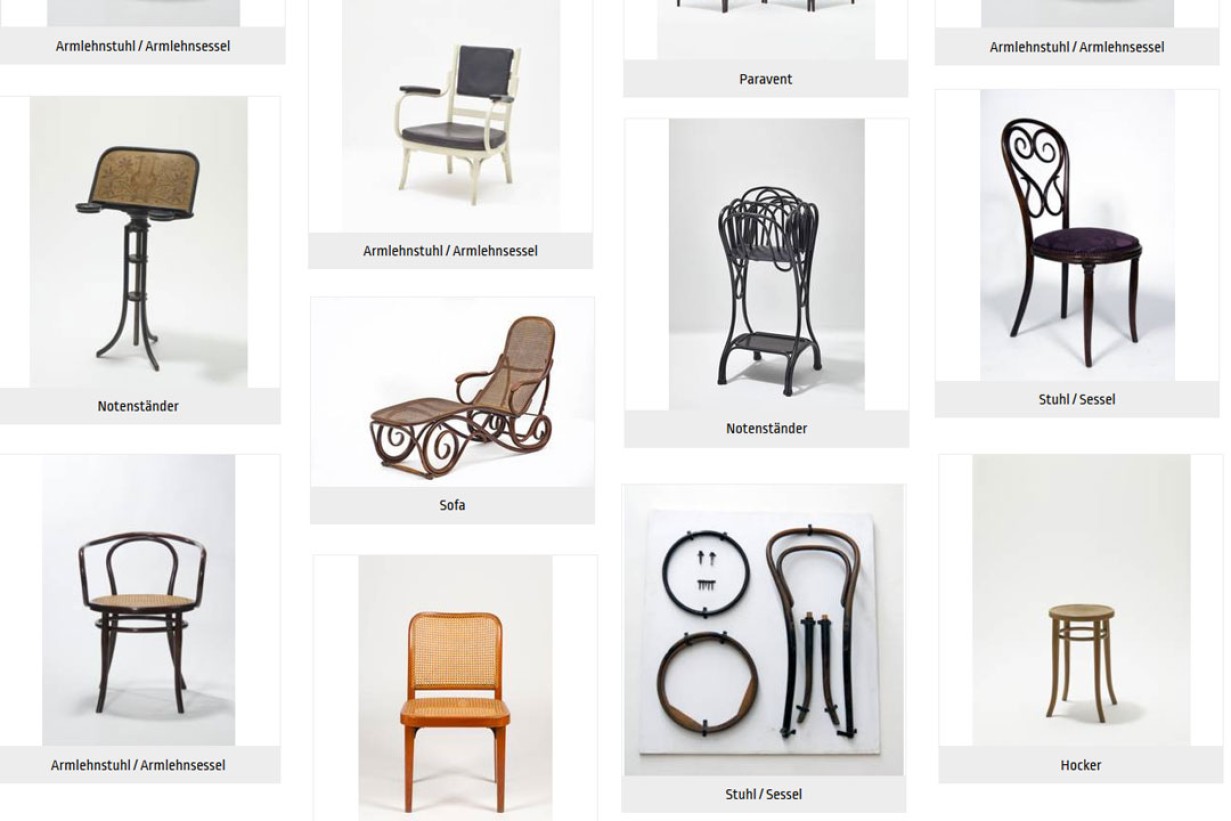